The HONOR 20 has recently hit retail in a number of countries that include Malaysia, France, Germany, India, Italy, Poland, Russian, Spain, The Netherlands and the UK and the phone has hit the ground running with impressive sales records that include a million units sold in just 14 days in China alone.

HONOR’s latest phone has also snagged a number of other accolades including being the best selling Android smartphone at the RMB2,000 – 2,999 price point on JD.COM, a Chinese online shopping portal since its debut. 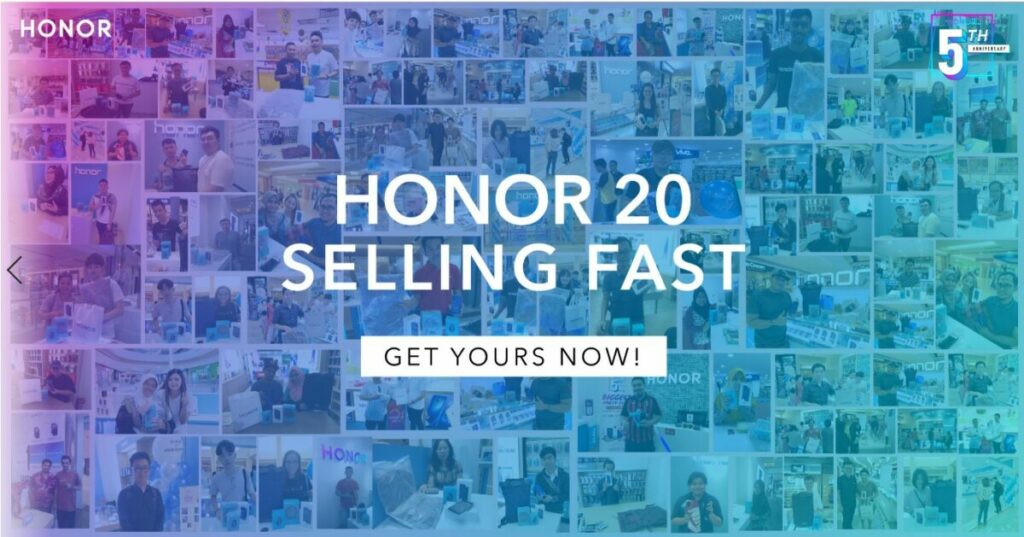 According to HONOR, the HONOR 20 will arrive in other regional markets soon. In Malaysia, the HONOR 20 was launched just in time to celebrate the brand’s fifth anniversary in the country. A well considered blend of HONOR’s best hardware in a fetching looking glass-shod chassis with an impressive quad-camera array, the HONOR 20 retails at RM1,699 and can be acquired at all HONOR experience stores nationwide, online at www.hihonor.com/my and HONOR’s official online store on Shopee. 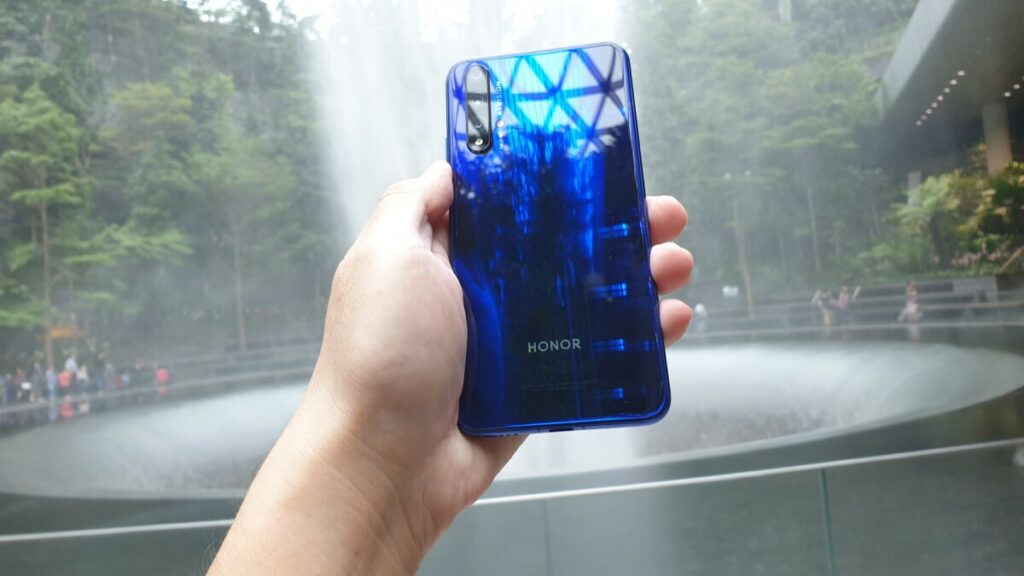 Prior to this HONOR released its lighter, more affordable sibling the HONOR 20 Lite in Malaysia which we had the pleasure to review awhile back and which costs RM949 at retail. To check out the review of the HONOR 20 Lite click here.

Another higher end variant dubbed the HONOR 20 Pro also exists though it has yet to arrive in Malaysia. At present, while stocks last, buyers of the HONOR 20 Lite at HONOR experience stores will get a free HONOR Soundstone Bluetooth speaker, HONOR bagpack and an HONOR Band 4 smartband. Those who purchase it online at the Hihonor website and Shopee get the HONOR backpack and a pair of HONOR Flypods Lite headphones. For more details on the HONOR 20 series swing by their official Facebook page at www.facebook.com/honorglobal/