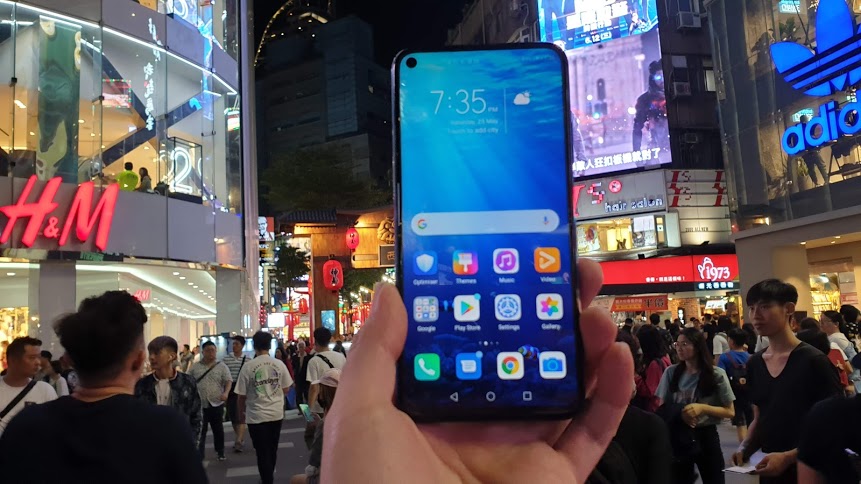 One of a triumvirate of HONOR phones in the same series announced at the same time, the HONOR 20 is but a few features short of the HONOR 20 Pro and worlds ahead of the HONOR 20 Lite and, for the matter, a good deal of phones that cost more than its RM1,699 price tag. On its own merits, the HONOR 20 is an outstanding blend of specifications, design and performance at a price point that is mind bogglingly low for what it potentially offers.

Externally, the HONOR 20 boasts of aesthetics befitting any flagship phone with a cool tactility and heft that can only be achieved with a premium glass and metal finish lavished in a unique gradient paint job that they’ve dubbed as a Dynamic Holographic finish. 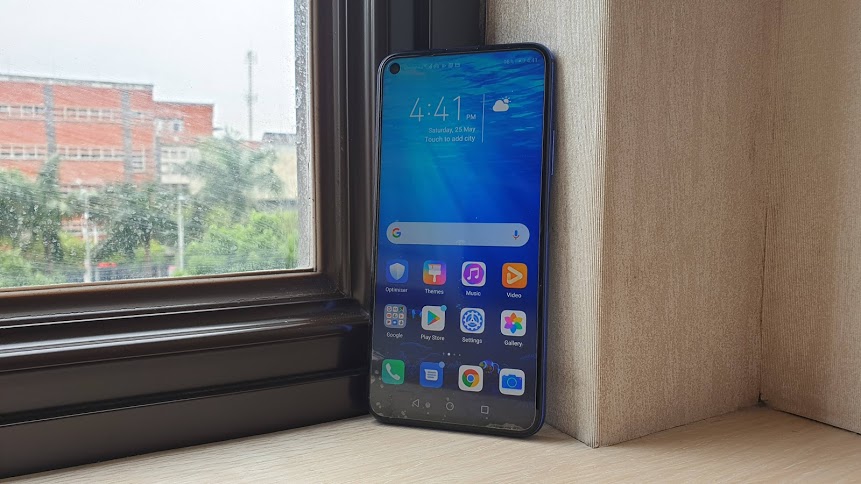 The front consists almost entirely of the display with only a tiny punch hole for the front-facing 32-MP selfie camera. The base comes with a USB Type C port along with a speaker grille for the solo mono speaker. The left side sports a dual nano SIM card slot which means that whatever storage you have on the HONOR 20 is all you have to work with though the onboard 128GB is more than sufficient for most casual users.

The right side of the HONOR 20 comes with a volume rocker and a power button that doubles as a side-mounted fingerprint reader. Up top, the HONOR 20 boasts of a rather rare feature not seen in many phones these days – an IR blaster. 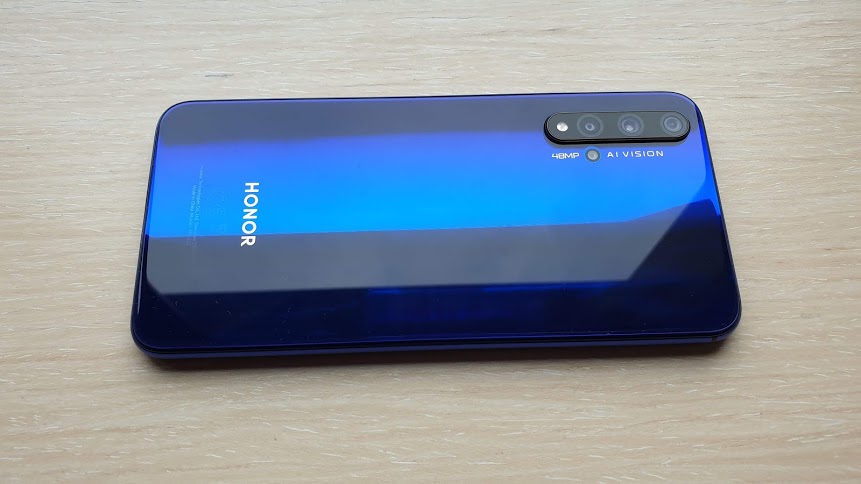 The rear is sheathed in glass with the aforementioned  gradient Dynamic Holographic colour scheme and a vertically aligned quad camera array in the upper left corner of the phone. Oddly enough, this camera array protrudes out slightly, giving it a bit of a bump that potentially makes the lenses more scratch prone when placed on a flat surface though this is handily resolved with the application of the bundled TPU casing.

The box itself contains the bare basics including a power cable and a USB charger as well as a TPU casing. Fortunately, HONOR has seen fit to pre-apply a screen protector on the display so that the most important part of the phone is protected 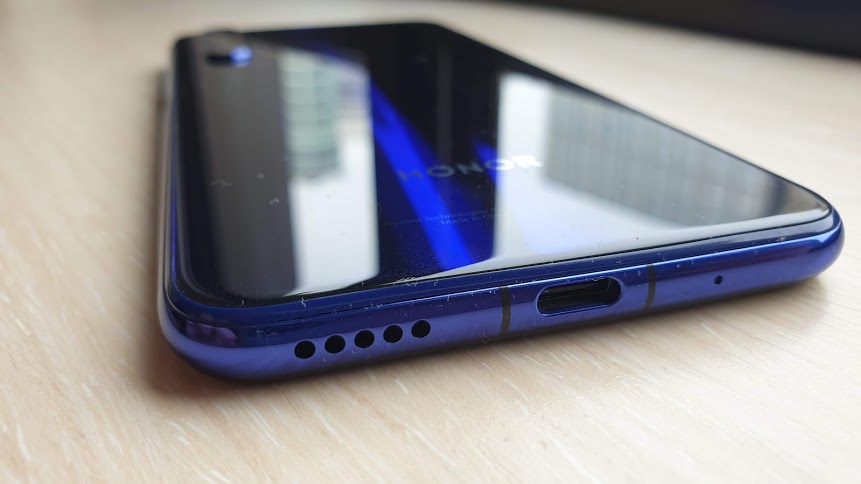 As far as the HONOR 20’s design and aesthetics are concerned, they’ve kept it exceptionally posh indeed and bar some under the hood tweaks, it’s otherwise externally similar to the HONOR 20 Pro. Ergonomically speaking, the HONOR 20 is on par with fairly well placed buttons that don’t necessarily have you repositioning your hand just to access the fingerprint reader or navigating the display.

The HONOR 20 runs Android 9.0 Pie overlaid with their Magic 2.1.0 user interface and comes with a top of the line Kirin 980 2.2GHz octacore processor which is the very same SoC running on the HONOR 20 Pro as well as the Huawei P30 and P30 Pro. This is paired with 6GB RAM and 128GB of non-expandable storage. HONOR hasn’t merely bunged in a high-end chip here and they’ve taken pains to ensure sustained performance at high loads by installing a graphene film to disperse heat.

HONOR’s Magic UI 2.1.0 has a number of useful benefits, not the least of which is reduced power consumption from the processor by about 10%, a GPU Turbo 3.0 mode to eke out better performance for selected games and a new EROFS file system for enhanced read and write performance on the phone. This translates to allowing it to run longer and generally perform better across the board.

Functionally speaking Magic UI 2.1.0 doesn’t wander too far from the EMUI menu language and design from Huawei. It’s generally fast, smooth and easy to get about with the option to tweak the display colour temperature to taste. Unfortunately, it has a ton of bloatware festooning it which you’ll have to purge on your first run through on the HONOR 20.

There’s also a rather whimsical Digital Balance wellness mode that tells you where you spend your time the most on your phone though that’s about the extent of its capabilities.

Other features common to EMUI like the ability to change wallpapers and themes are available here if you deign to spruce up the look and feel of your HONOR 20’s menus. There is also a Performance mode on top of a Power Saving mode with the former offering more power from the SoC at the expense of battery life and the former extending battery life by minimising app and processor usage and performance.

Seeing the immense power of the Kirin 980, it really isn’t necessary to kick in Performance mode and on normal it had more than enough juice to tackle everything thrown at it including the most demanding games on Android such as PUBG Arena of Valor and Mobile Legends: Bang Bang, all of which ran on high settings in a delightfully smooth fashion.

This chart-topping performance was borne out in benchmarks as well. In Antutu 3D, it snagged a score of 268,858 points. In GeekBench 4.3, it got a single-core score of 3,310 points and a multi-core score of 9,723 points while in PCMark it got a score of 7,742. In 3DMark’s Sling Shot Extreme test, it got 2,348 points in the OpenGL ES 3.1 test and 2,218 points in the Vulkan test. Most of these scores are close to what the Huawei P30 managed to acquire in its own set of benchmarks though the 3DMark Sling Shot Extreme scores are slightly lower. 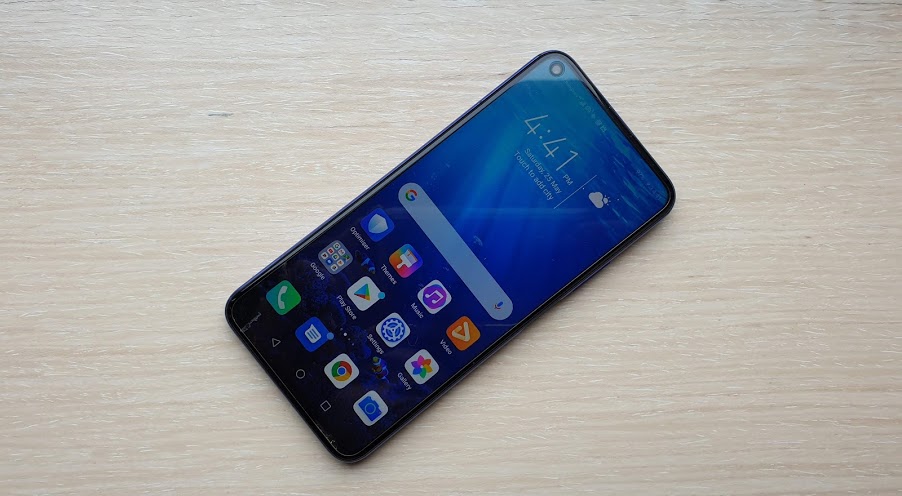 The provided IPS LCD display is sufficiently large for gaming and movie watching duties including Netflix binging. It was able to serve up pretty good detail and fair colour rendition though it falls a bit short of what can be achieved by an AMOLED panel but for what you pay for, it’s considered excellent by all accounts which makes the HONOR 20 quite a competent gaming phone.

Perhaps the biggest quibble here is the mono speaker at the base which easily gets muffled in landscape mode though it is otherwise serviceable if unremarkable with fairly loud audio for casual listening and gaming.

The HONOR 20 sports a whopping four cameras on its rear though in practice only three of them do any actual work. You have a primary 48-MP F/1.8 camera with phase detection autofocus, a secondary 16-MP F/2.2 camera with a 13mm ultrawide lens, a 2-MP F/2.4 dedicated macro camera and a fourth 2-MP F/2.4 depth sensor. There’s no OIS on offer here but the phone does make use of the Kirin 980’s sophisticated NPU for better image processing. 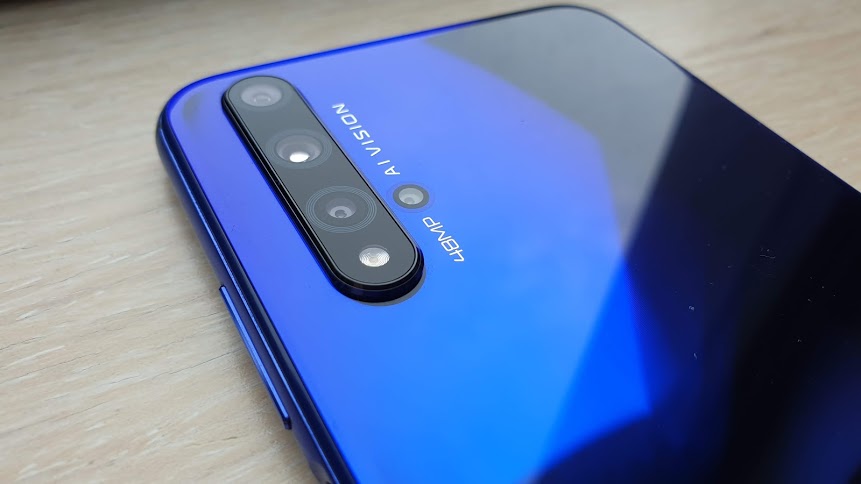 By default, shots are captured in 12-MP resolution but you can ramp it up to a 48-MP AI Ultra Clarity mode to capture wide scenic vistas and night shots in a more detailed fashion though you will need very steady heads as there’s a 4-second lead time before you capture a shot.

Even when captured off the cuff, the HONOR 20 was capable of capturing excellent, well-exposed snaps brimming with detail and good colour accuracy in auto mode with the AI on which tweaks colours somewhat so it’s more of a matter of personal taste though we preferred leaving it on. 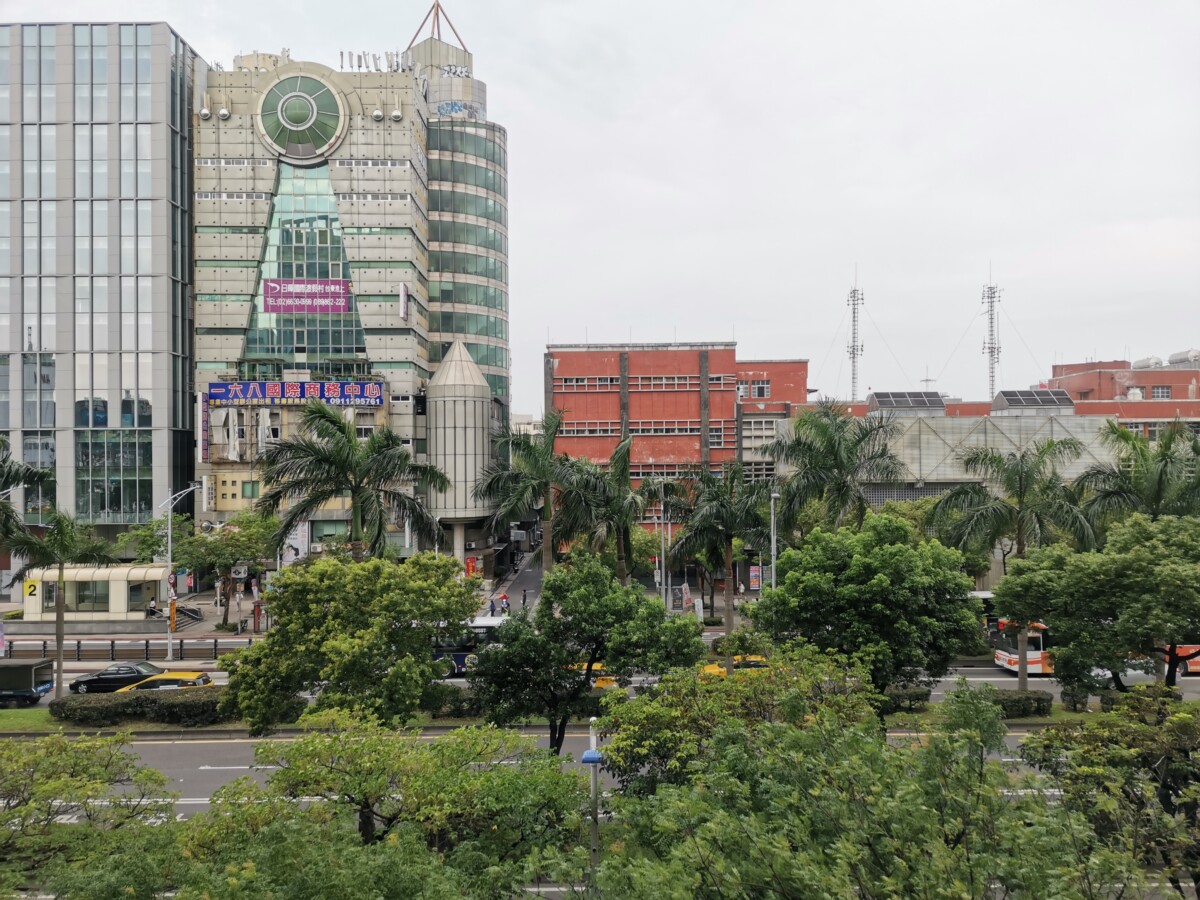 A shot without AI on 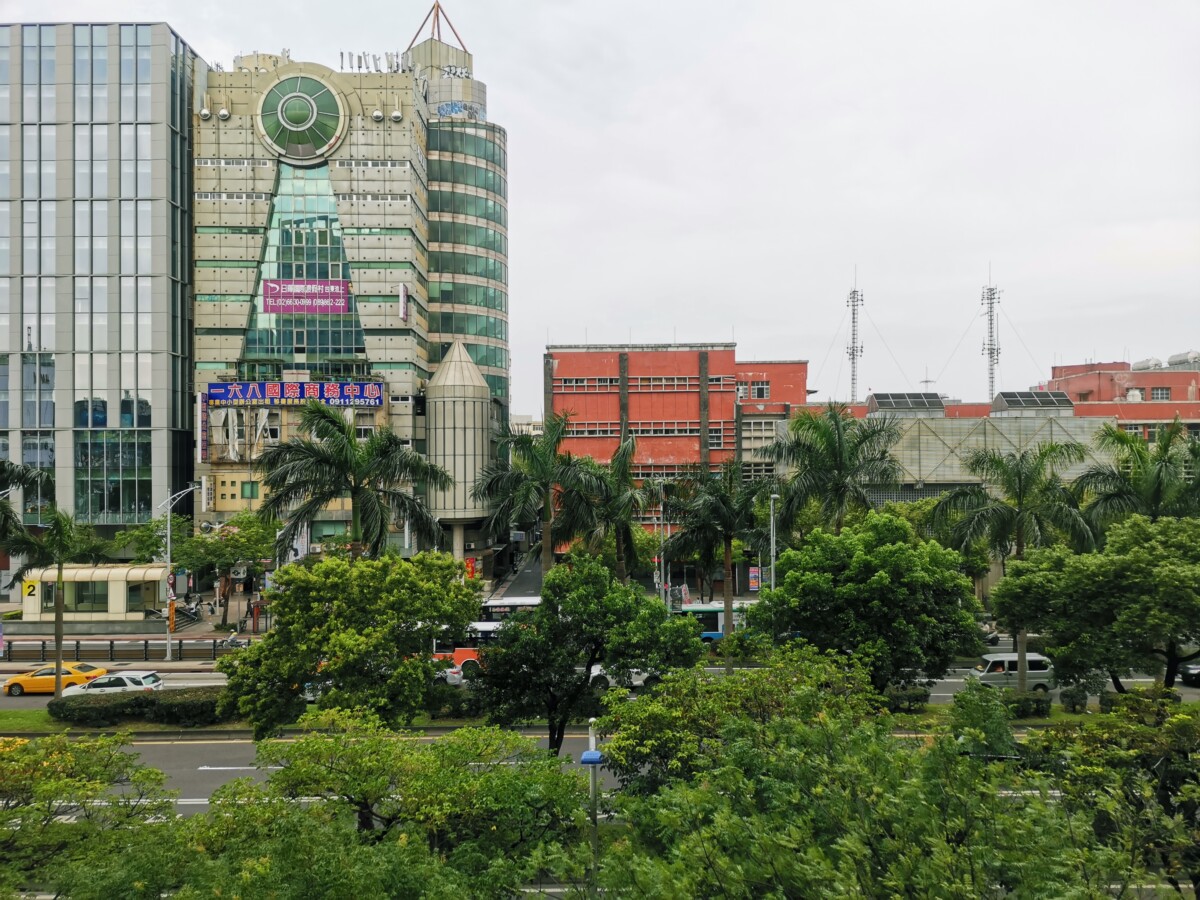 A shot with AI on – note the more intensely coloured foliage

The ultra wide angle camera also does equally well too and low light shots capture a generous amount of light and fair amounts of detail with some occasionally aggressive noise reduction here and there though it’s more than sufficient for use on Facebook and Instagram.

The dedicated macro camera is a bit wonky though and is often hit and miss but once you manage to get it into its 2-4cm sweet spot, it’s able to capture some pretty darned good close ups. 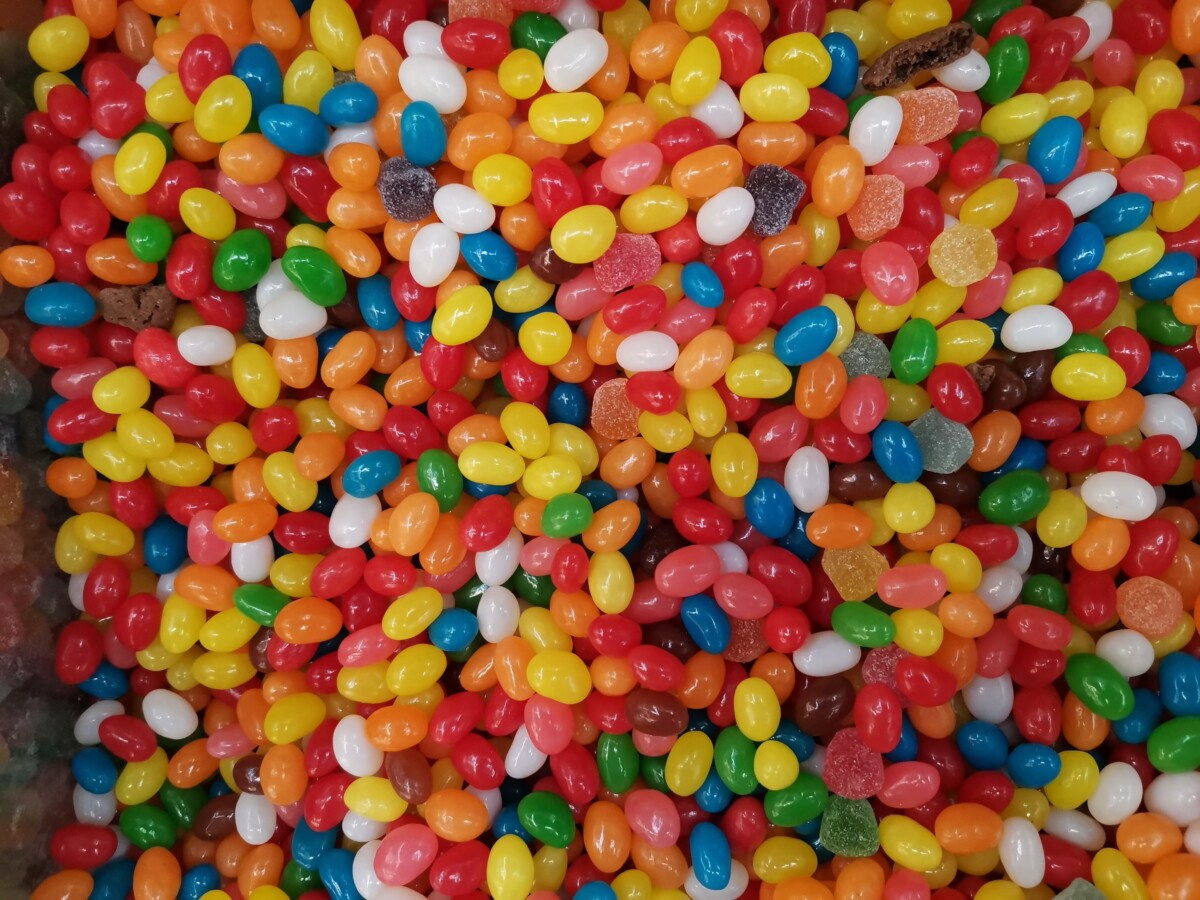 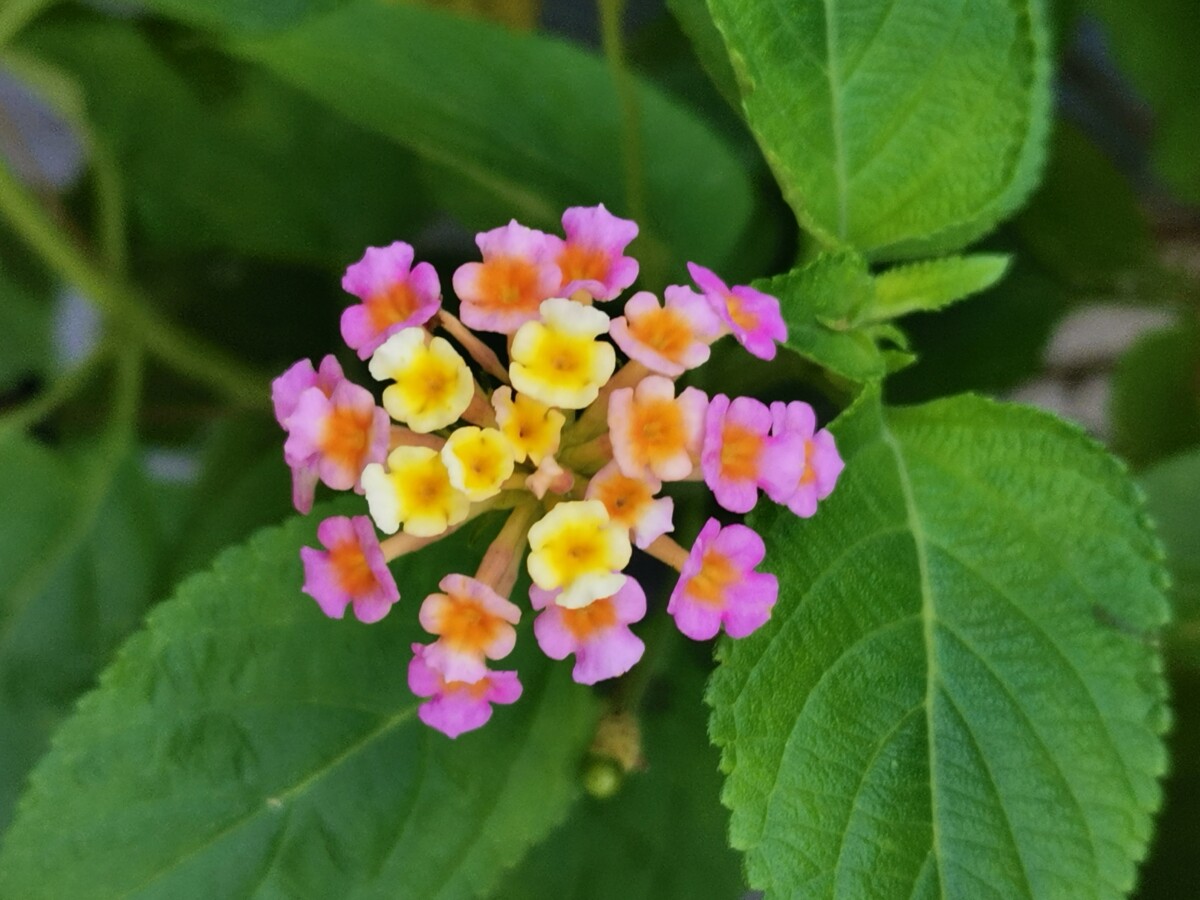 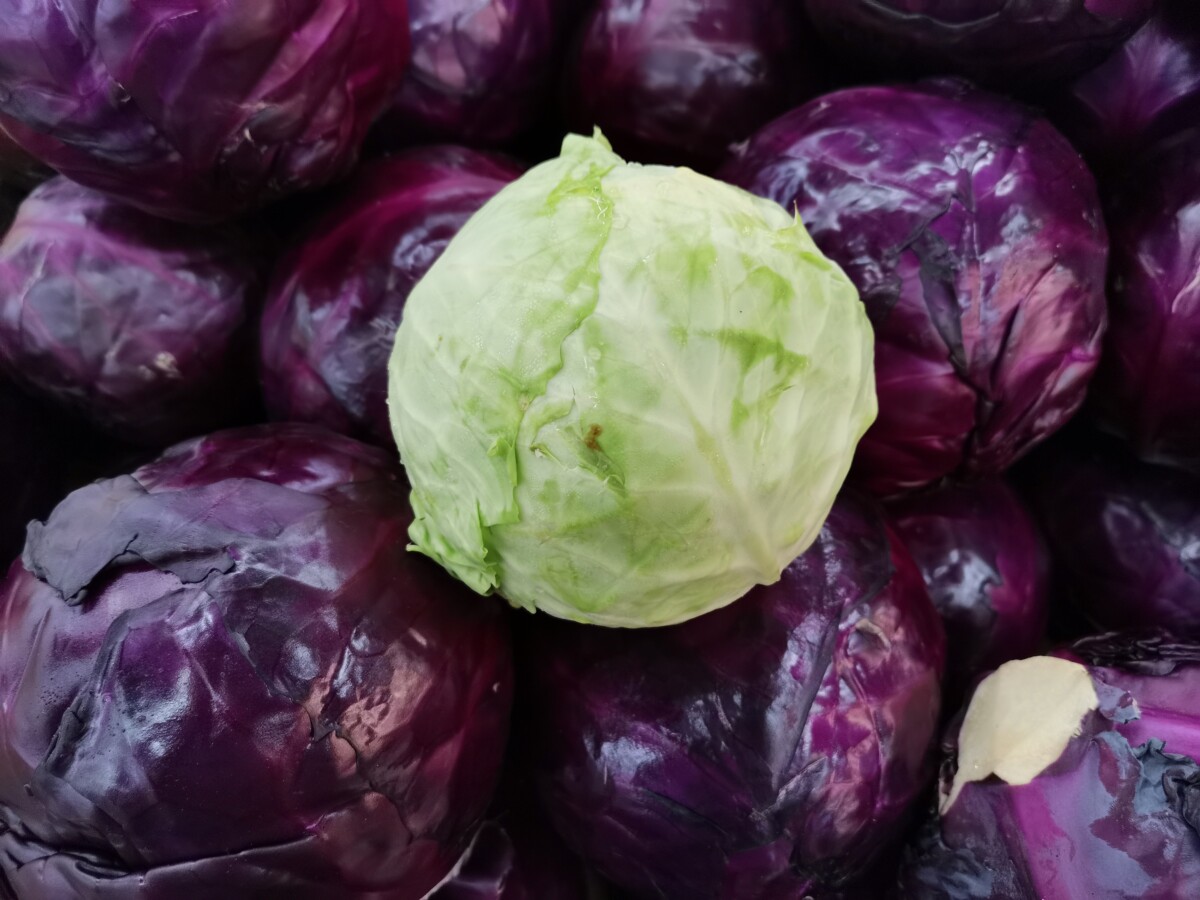 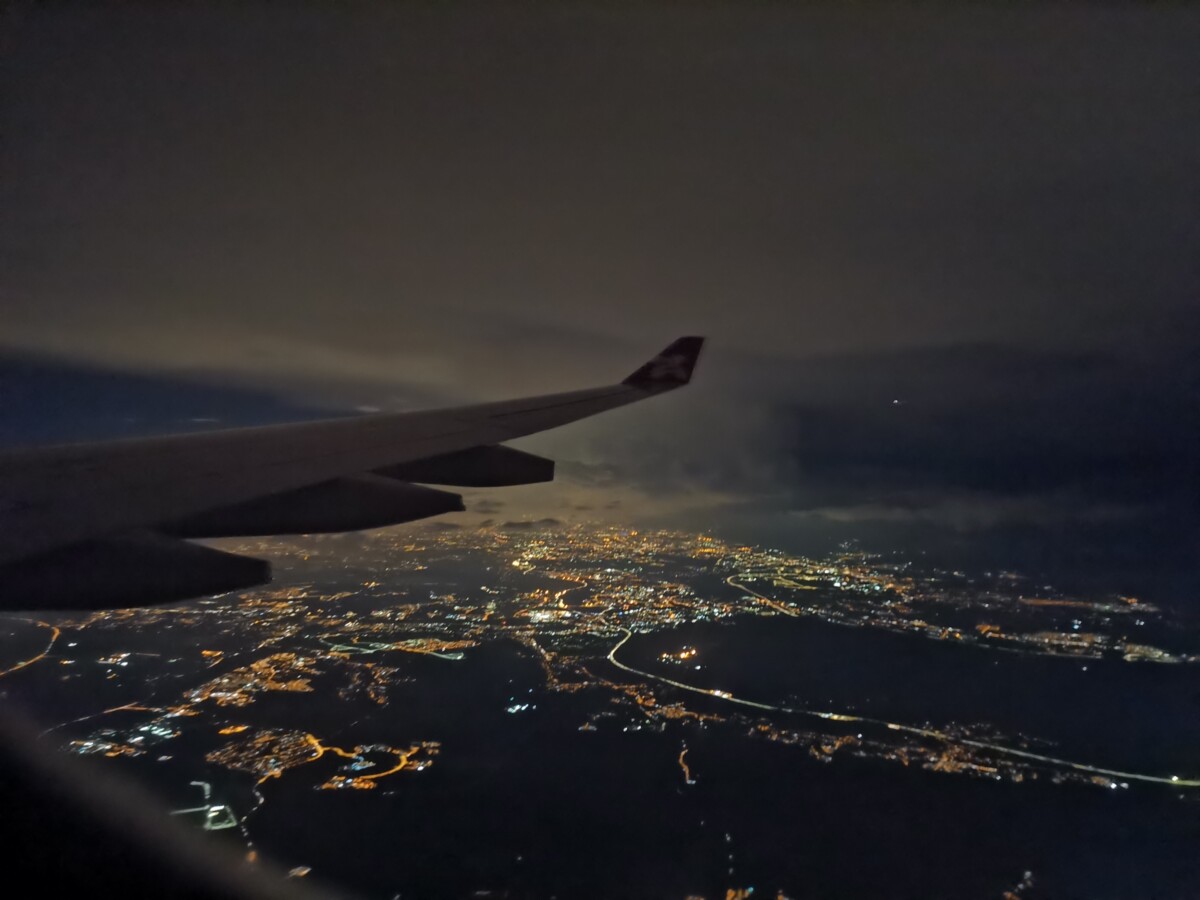 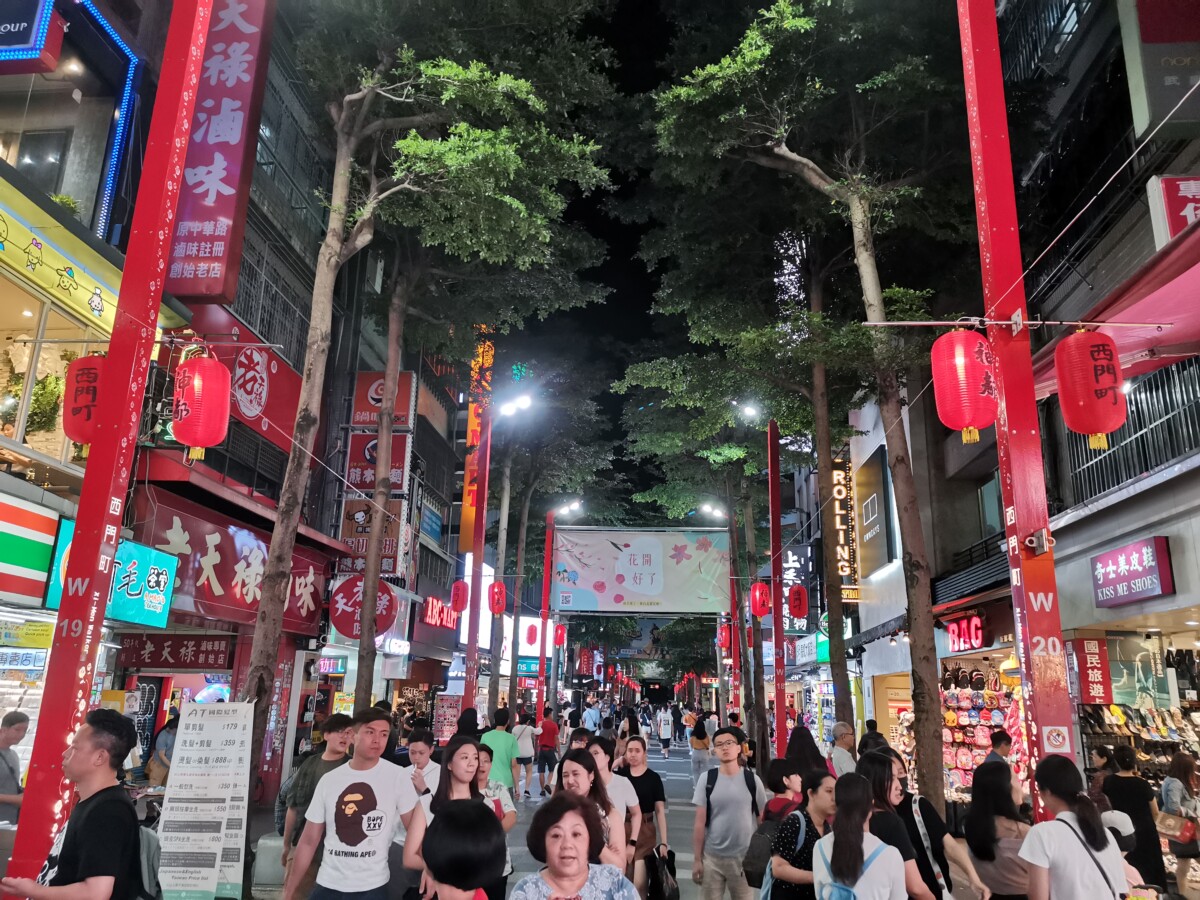 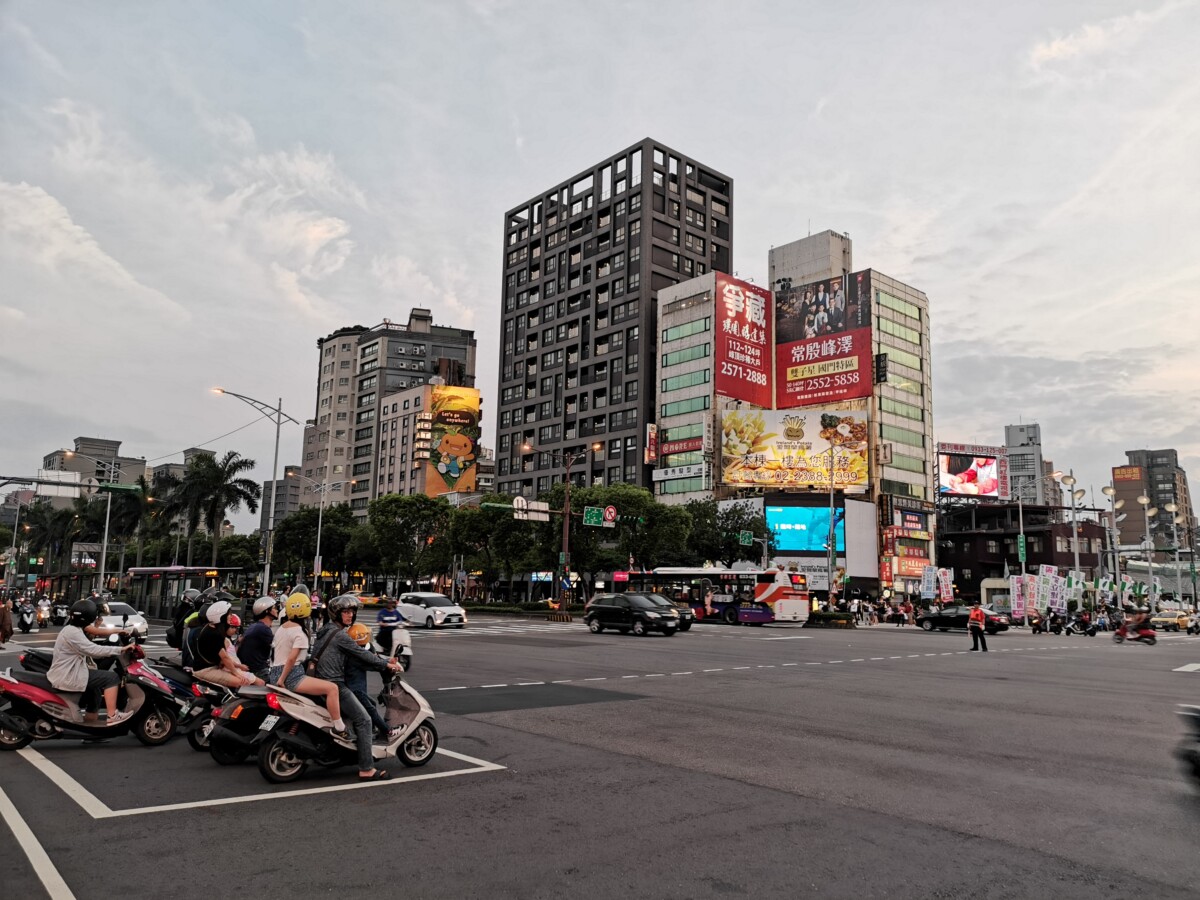 For what you pay for, the HONOR 20’s cameras render up flagship-grade snaps at a price that’s way lower than what you’d expect of a phone of this pedigree. 4K videos on the rear camera are pretty good as well though the lack of OIS means you – surprise – have to be fairly static to get usable footage. 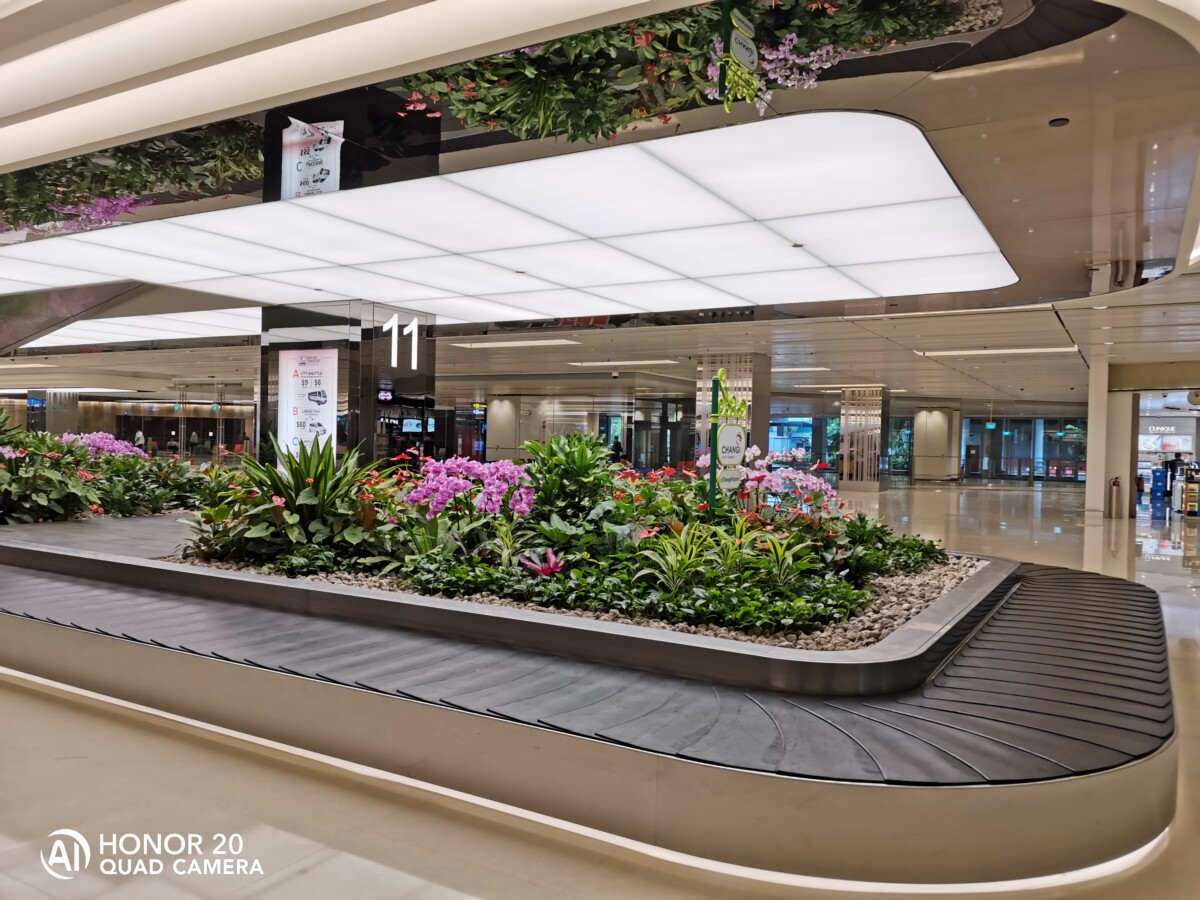 Primary camera on the HONOR 20 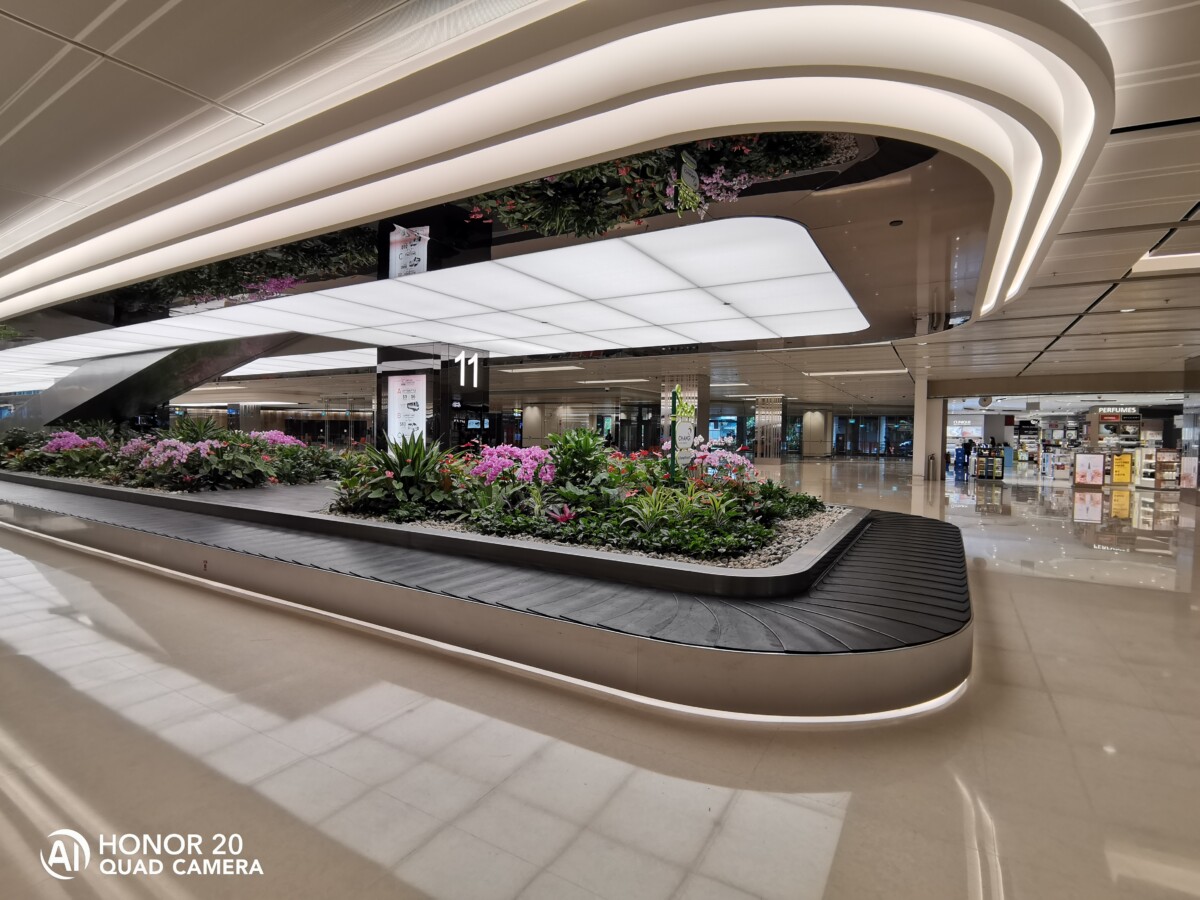 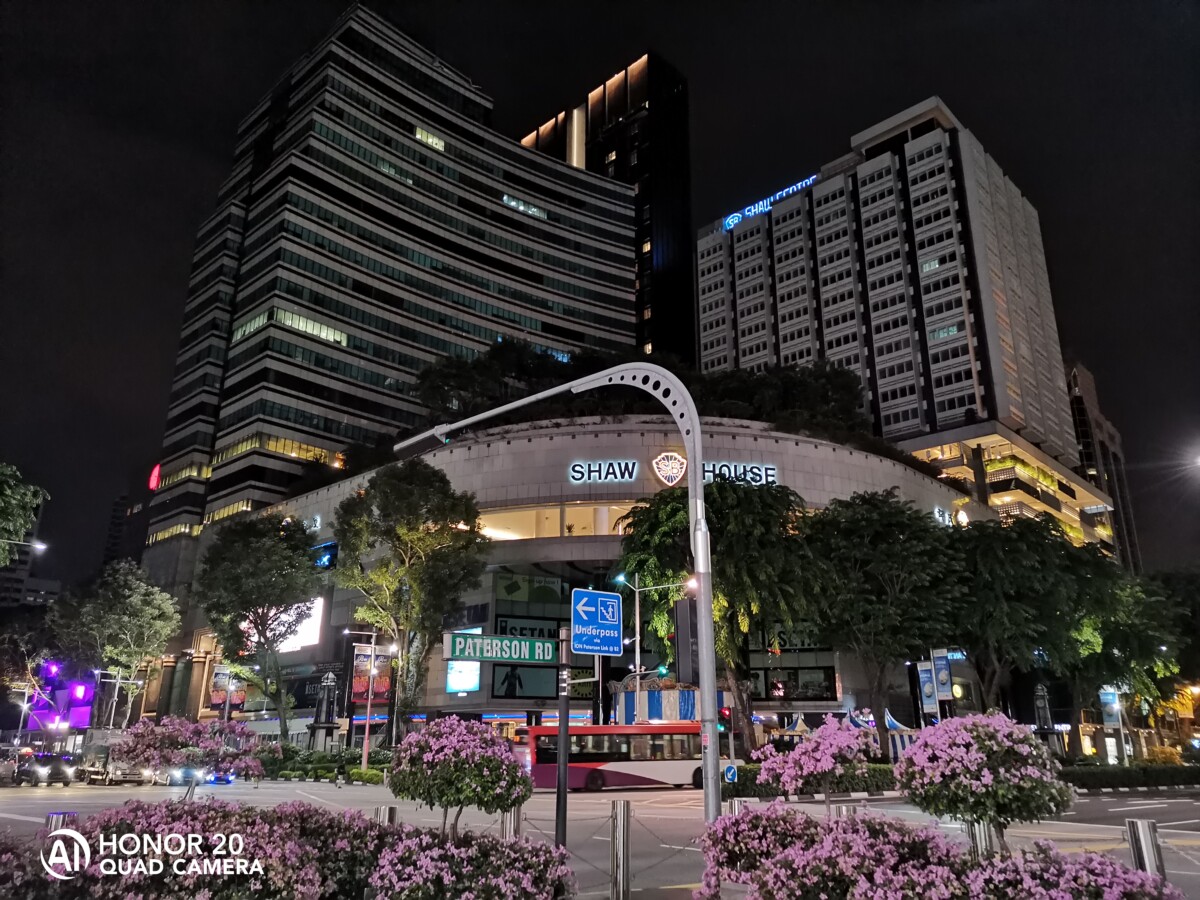 The HONOR 20 is powered by a 3,750mAh battery and has 22.5W SuperCharge tech for fast juicings. The combination of Magic UI’s deft power management and the general efficiency of the Kirin 980 processor easily gave us more than a day worth of heavy use at full tilt with data on all day, an hour or two of gaming, constant use of social media and texts as well as a good helping of Netflix on the go without the need to activate any battery saving modes. From a dry battery, it was able to get about a 50% charge in 30 minutes which is close to their officially quoted recharge times. 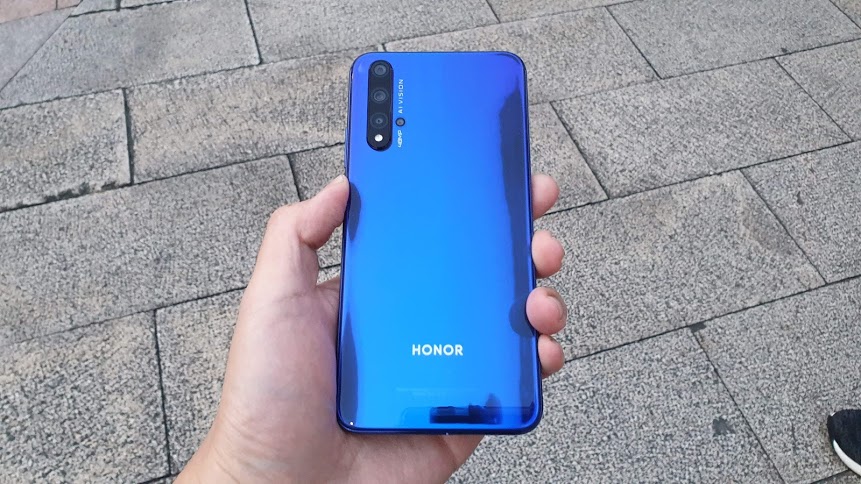 As it stands, the HONOR 20 represents excellent value for what it brings to the table with excellent battery life, a good rear camera array and flagship grade hardware  all for RM1,699. If you can live with the bloatware and the lack of a microSD card slot, the HONOR 20 is well worth your consideration.