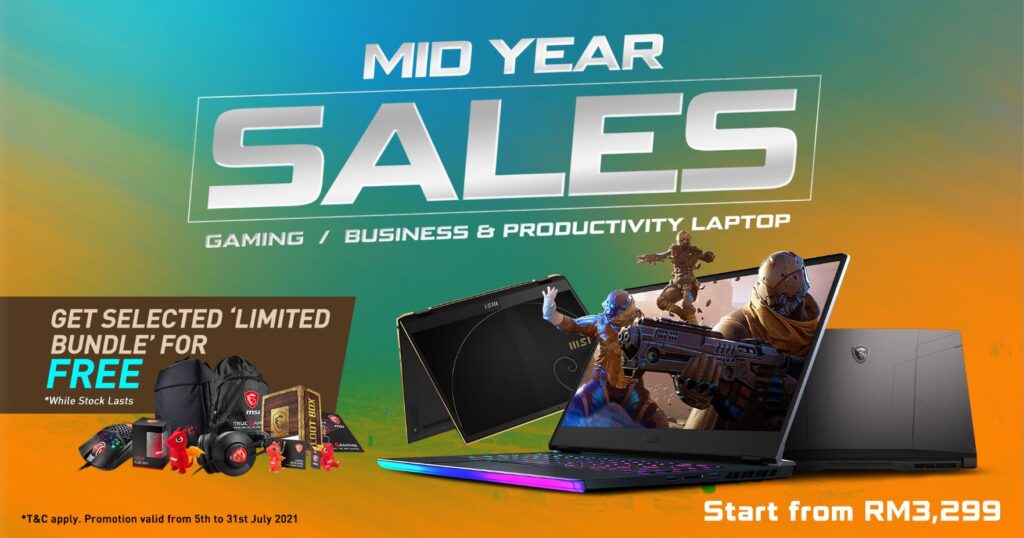 If you’re looking for an affordable laptop that can get a modicum of gaming and work done, you’ll appreciate the fact that their GF63 Thin is on special in Malaysia from RM3,299 in their MSI 2021 Midyear Sales.

The MSI 2021 Midyear sales are ongoing from now till 31st July 2021 so you have about two plus weeks to score a deal.

The MSI GF63 Thin was launched earlier this year in April at a substantial RM4,399 but for the duration of the MSI Midyear Sales, you can get it in one of six potential variants with prices between RM3,299 or RM3,499.

In general, all of the variants, Loki pun aside, feature an NVIDIA GeForce GTX 1650 GPU with 4GB VRAM and WiFi 6 at the minimum but vary in terms of processor, SSD and RAM capacity and also refresh rate (either 60Hz or 144Hz) for the display. All of them will come with a free MSI gaming mouse thrown in on the house. 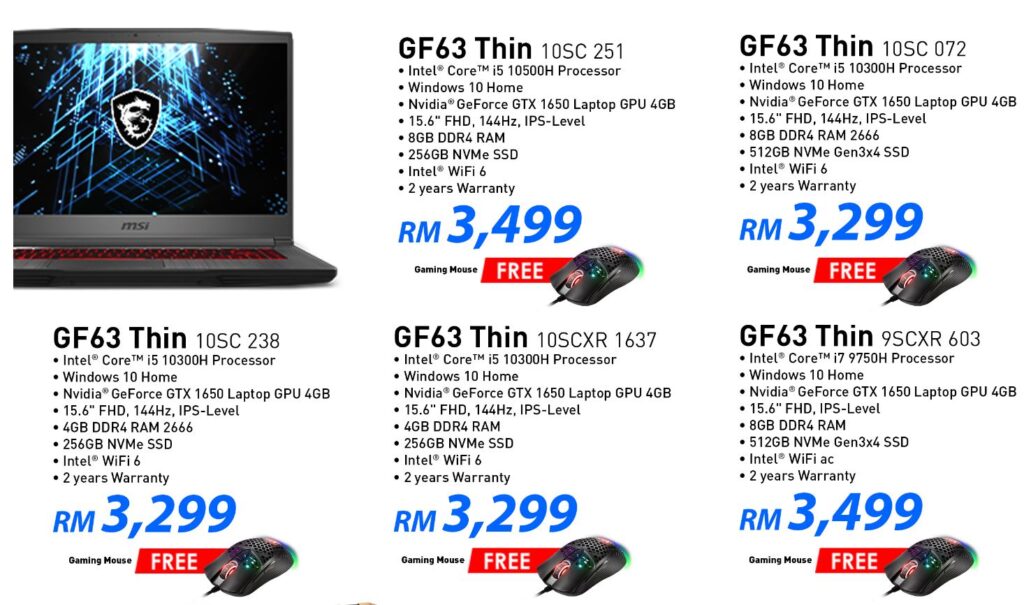 MSI is also serving up their exquisitely crafted Summit E13 Flip Evo that we looked at awhile back. It’s still retailing at the original price of RM6,899 but they’re throwing in a free MSI Stealth Trooper Backpack to tote it around to sweeten the pot. 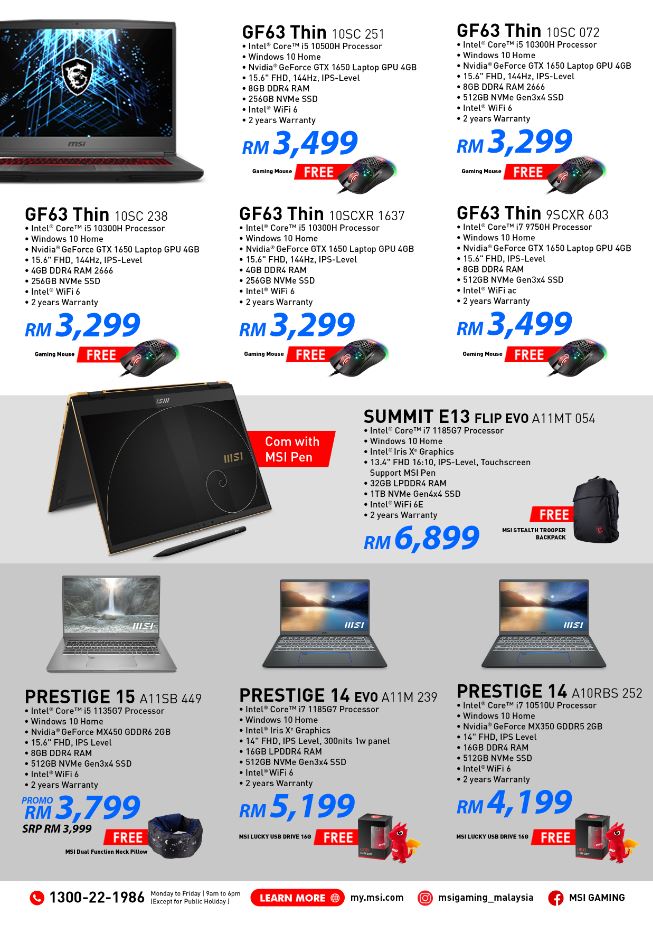 It remains of of MSI’s slickest, most powerful offerings with a 13.4-inch Full HD touchscreen that supports their MSI Pen stylus which is thrown in for free too, an 11th Gen Intel Core i7 1185G7 CPU, 32GB DDR4 RAM, a 1TB SSD and WiFi 6E too.

You can check out their MSI 2021 Midyear Sales promotions in further detail here at https://my.msi.com/Promotion/2021MIDYEARSALES