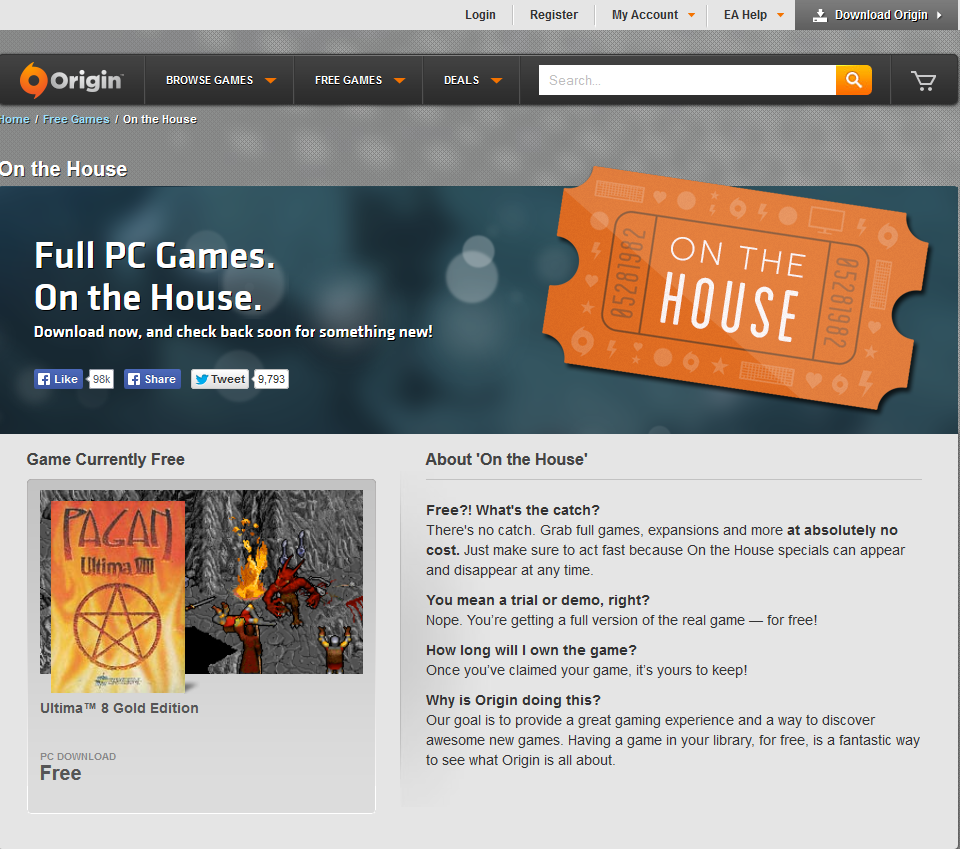 Never trust a chef who leaves their merchandise on the ground

Needless to say her goulash was a blast

If you’ve been around the block, you’ll likely remember the gaming trainwreck that was Ultima 8: Pagan. It was a radical departure from the overhead perspective, inventory-intensive, RPG-enriched experience that was Ultima VII: The Black Gate along with its pseudo sequel, built with the same engine dubbed Serpent Isle. Instead, Ultima 8 is an isometric hack-em-up with the worst jumping platform mechanics in the history of gaming cobbled together in a Frankensteinish way to the Ultima mythos. The banal plot has you tossed off into the mythical world of Pagan by said Guardian in a fit of pique after the events of Ultima VII. You wash up on the shores of Pagan without a friend in the world and are expected to discover the lay of the land and find your way home. This leads into an extended clickathon like a primitive precursor to Diablo bolted on with fiddly RPG bits for a good dozen plus hours of gameplay.

The combat system involves you sidling up to a hapless target before whacking away with a weapon. The magic system was overly intricate, with you having to cobble spells together by finding ingredients and then creating expendable tokens. Back before online FAQs and built-in help files, this invariably involved you leaving constantly through the manual. Now, you can relive all that again, except this time, for free as Origin is offering Ultima 8 as a free download on their On the House service, albeit temporarily as they usually rotate their free game on a monthly basis. Take a jaunt down memory lane here.