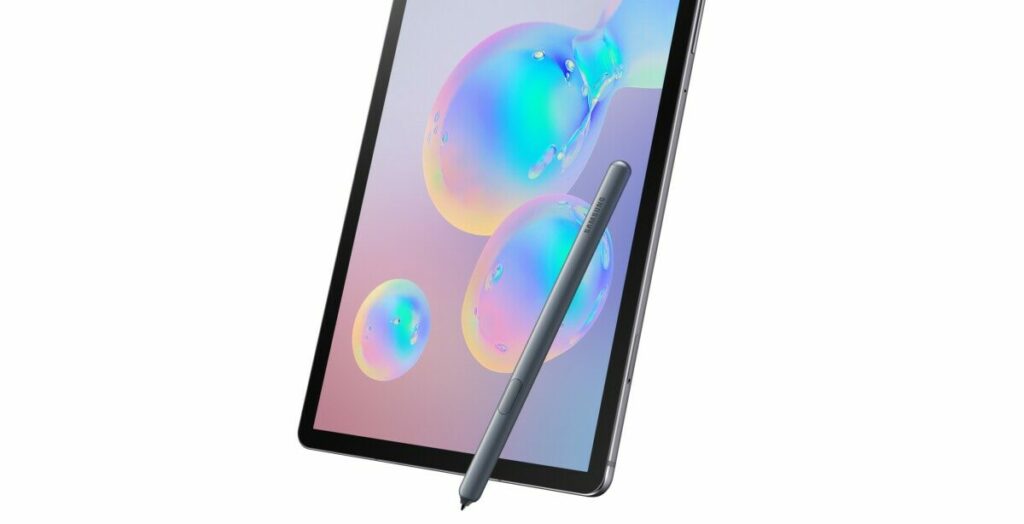 There’s still a place for productivity oriented tablets if Samsung’s new Galaxy Tab S6 is any indication as it comes with an enhanced S Pen stylus akin to the one seen on the Note 9, an improved version of their desktop-like DeX mode and a few other improvements all around that also include a rear dual camera array.

The Galaxy Tab S6 has a 10.5-inch WQXGA resolution Super AMOLED display up front crammed into a 5.7mm thin casing that weighs 420g. Under the hood, it comes with the new Snapdragon 855 processor which combines a single 2.8GHz core, a trio of 2.4GHz cores and a quartet of 1.7GHz cores. This is paired with two storage configurations – either 6GBRAM and 128GB of storage or 8GB RAM and 256GB of storage with either version expandable via a microSD card that accepts cards up to 1TB in size.

The Galaxy Tab S6 will also have a quartet of Dolby Atmos speakers and a single front-facing selfie camera. Unfortunately, it does ditch one thing – a 3.5mm audio jack though the aforementioned quad speakers look like an aurally pleasing trade-off.

In terms of design improvements, the successor to last year’s Galaxy Tab S4 now sport a recess at the back that mounts the S Pen stylus which has been beefed with Bluetooth and a small battery to function in much the same manner as the Galaxy Note 9’s S Pen stylus so you’re able to use it as a remote control for presentations on screen, control media playback or as a remote shutter release. Once you’re done, you snap it back into its allocated recess to charge it.

The rear has a dual camera array that consists of a primary 13-MP camera and a secondary 5-MP with a 123-degree ultra-wide angle lens somewhat akin to the Galaxy S10 to capture swathes of the landscape or large group shots.

This setup allows the rear camera to capture up to 4K UHD video at 30fps on top of stills. Power is sorted out by a 7,040mAh battery capable of offering all-day battery life.

The usual gamut of accessories will be available for the Galaxy Tab S6 including a book cover that protects the screen and a keyboard that latches on the bottom to turn it into an ersatz laptop of sorts. So far, the Galaxy Tab S6 will also come in three different colours – Mountain Gray, Cloud Blue and Rose Blush.

So far announcements have only been made for the WiFi versions though no price or launch dates for Malaysia has been announced as yet. We’ll keep you posted on any updates but in the meantime stay tuned to Samsung’s official page here. 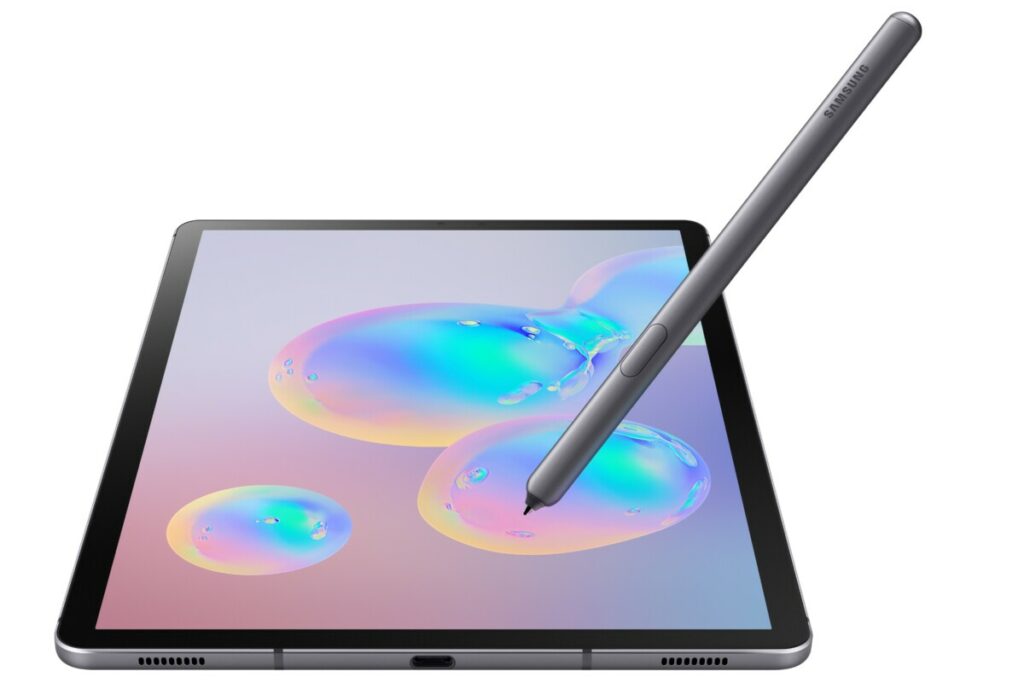