The Samsung Galaxy Note 10 series smartphones from Samsung have already landed on store shelves nationwide in Malaysia following on from their global launch, the local consumer launch and pre-order programme and their roadshow nationwide. There’s certainly widespread enthusiasm and a certain zeal to acquire it; the first in line for the Galaxy Note 10 roadshow at Midvalley mall patiently queued up at 2.00AM in the morning just to get her hands on the phone!

Of course, ahead of time, tech journalists usually get access to review units of a phone so that reviews and write-ups come out in time for a launch. 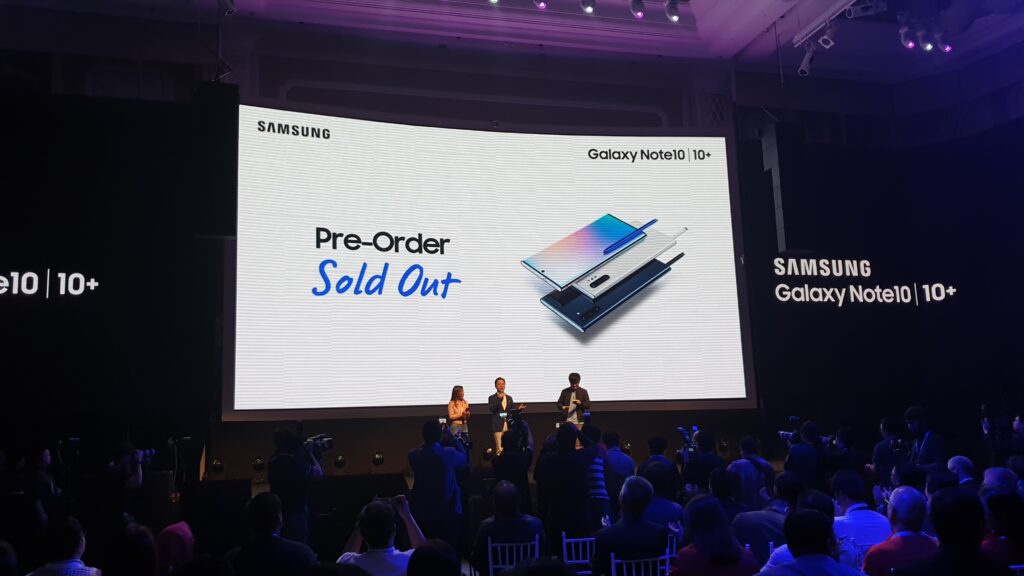 By and large, the contents of our review unit, especially the phone itself, are similar to retail units though minor details like what other contents come with the phone differ like additional casings, screen protectors and the like.

With that being said, some review sites in Malaysia have noticed that the accessories bundled with their test units, ours included, differ somewhat from retail units sold in Malaysia. While the kneejerk reaction would be indignation, the fact of the matter is, buyers in Malaysia really are not losing out at all. Here’s why…

What accessories are available in Galaxy Note 10 Malaysia units?

In the case of the Galaxy Note 10 series phones, it’s somewhat of a major difference in terms of what contents come in the box. Review units received by journalists seem to have contents intended for the Europe market and came with the following accessories: 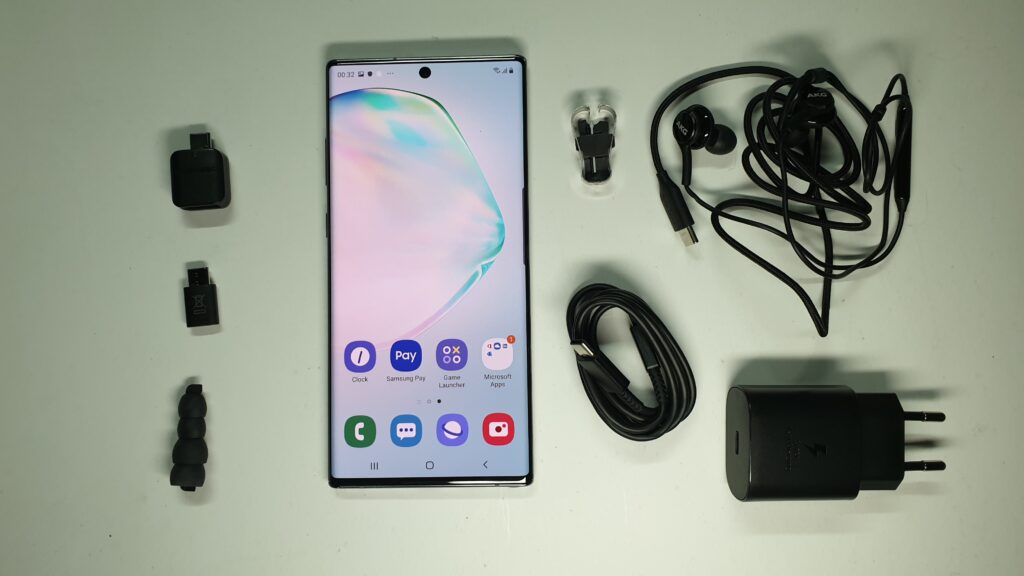 The contents of a Galaxy Note 10+ intended for the European market. The major differences here are that local Malaysian units lack the two dongles in exchange for a local protective casing and a UK-style 3-prong charger (not pictured) versus the 2-prong version seen here.

For units of the Galaxy Note 10 series phones sold in Malaysia, buyers got the following accessories:

Essentially for units sold in Malaysia, you’re trading off the pair of dongles – or “adapters” – for a protective Galaxy Note 10 casing and the charger is ultimately the same thing except that local Malaysia units have a squarish 3-pin prong instead of the European 2-pin rounded prong. 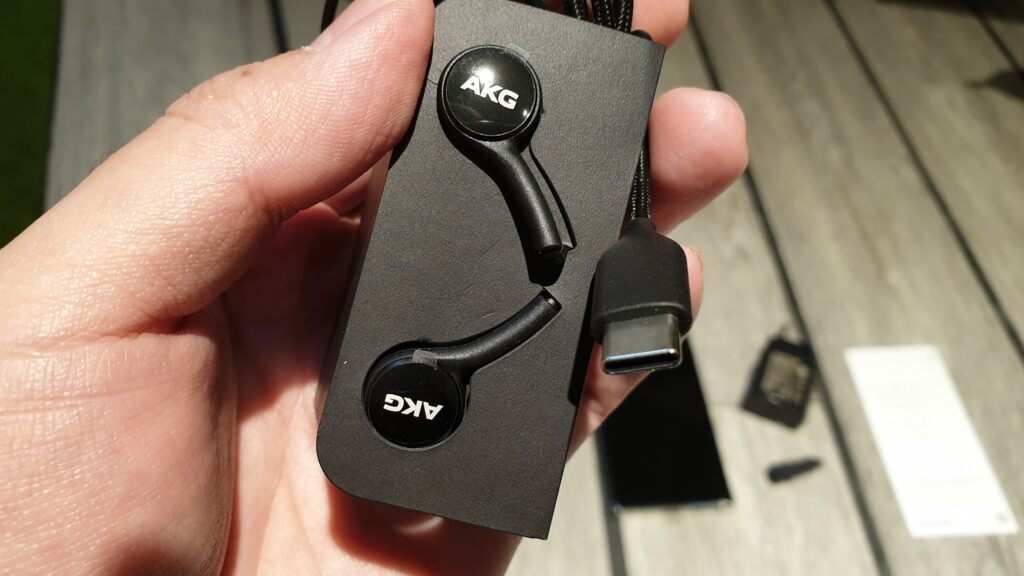 One of the most important accessories are retained on local versions of the Note 10 series phones in Malaysia – the Type-C AKG earphones.

Why are the package contents different for local Galaxy Note 10 units?

In the grand scheme of things, these additional dongles started being packaged in Samsung phones sometime around the Galaxy S8 series of phones onwards. This was about the time that USB Type-C charging ports on smartphones were a darned new thing in the market with most users still toting around devices that uses the increasingly antiquated micro USB cable.

The dongles allowed users to take advantage of their existing chargers though they merely act as an adapter as they don’t affect charging speed – until a certain wattage is reached. In the case of the Galaxy Note 10 series, USB Type-A to USB Type-C cables can’t carry 25W of power – hence that’s why even the charger is USB Type-C.

There’s really no point in using older chargers even if there was an adapter as they wouldn’t be able to support that amount of wattage. 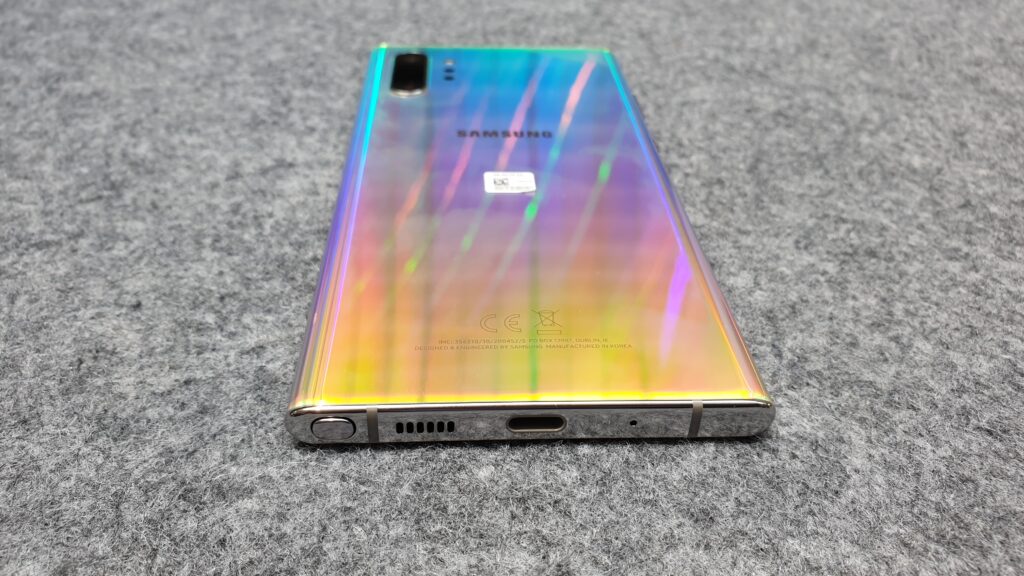 The Galaxy Note 10+ in Aura Glow

Fast forward to 2019 and most phones these days, even the Redmi Note 7 have USB Type-C charging ports, making a micro USB to Type-C adaptor superfluous if not redundant. I’m speculating that the only use for that adapter is for older power banks that still have micro USB ports. 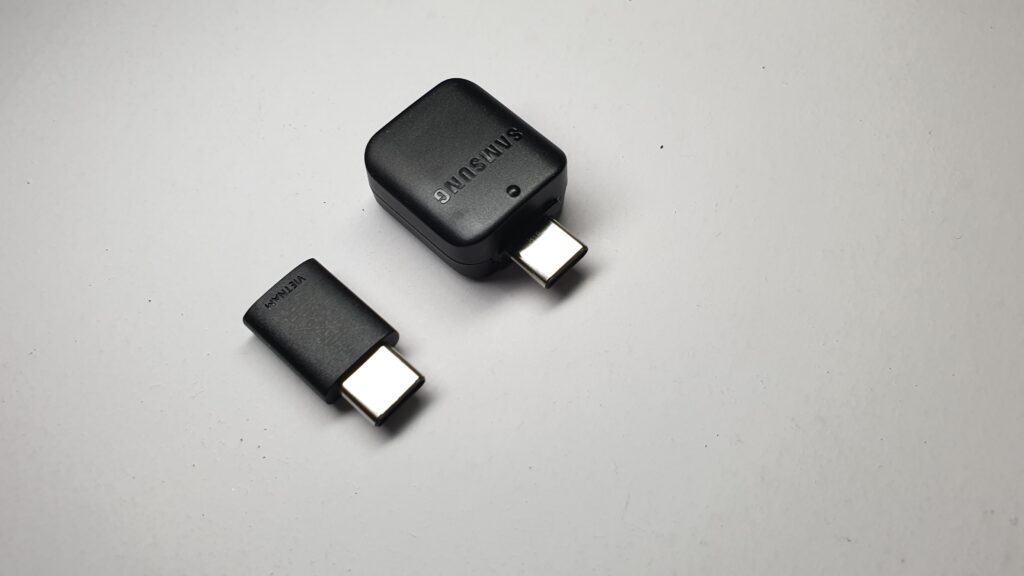 This micro USB to type C and USB Type-A to Type C dongles are not present in local versions of the Galaxy Note 10.

The other Type-A to Type C dongle does have some utility if you ever want to plug in a flash drive to your phone to transfer stuff though the chances of someone needing to do this on a daily basis are few and far between. It’s also a lot easier to transfer content via cloud services like Gdrive, Onedrive and the like for larger files or just via Wifi Direct or Bluetooth for the odd snap or two.

The most important things – the Type-C AKG headphones and the bundled 25W fast charger are all present and correct. More importantly, it seems that European Note 10 series boxes lack a protective casing for the phone while we Malaysians get it.

Between having two dongles that you’d only use occasionally versus a casing that would keep your investment safe, I’d go with the casing every time.

Granted, it’d be nice to have but at this point in time, those two missing dongles really aren’t that important if at all in the grand scheme of things and it’s something that can easily be resolved with a third-party adaptor that costs less than RM5 each. So no, you really aren’t losing out at all.

While we cannot fathom the reasons for omitting the adapters bar cost, the cost savings are very tangible for buyers of the Galaxy Note 10 series phones in Malaysia.

We are getting the Galaxy Note 10 at cheaper prices than a good chunk of other countries out there which more than justifies the trade-off of a couple of dongles. How much cheaper? Well, look at it this way:

With prices like that, the trade-off of a couple of non-essential dongles for markedly more affordable prices looks darned well worth it in my books. 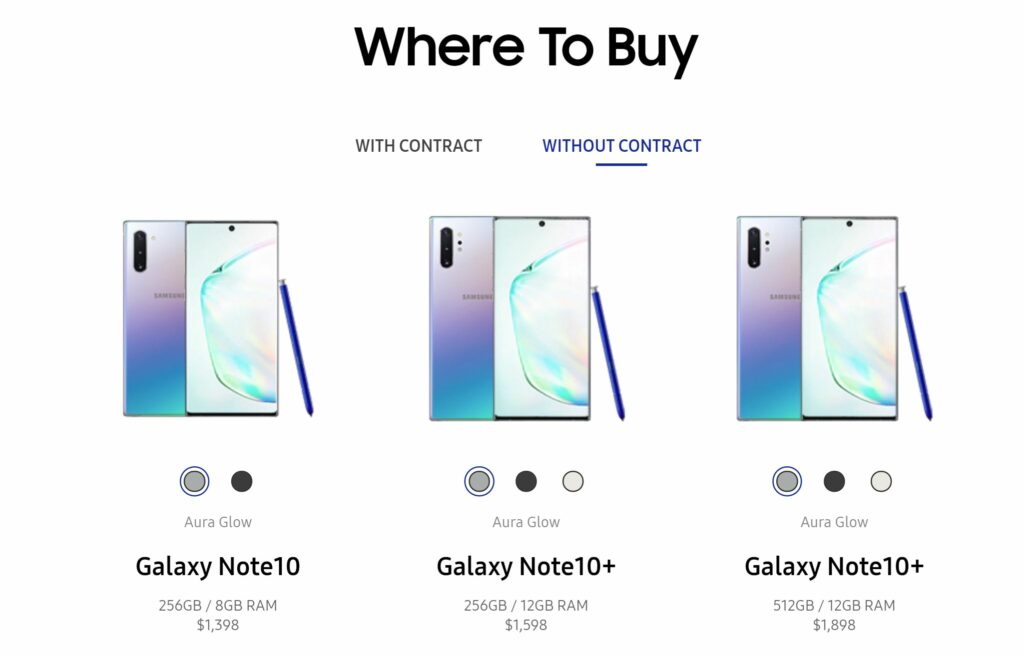 Now, if you’ll excuse me we have a binge watching session to…er…test the colour accuracy of that Galaxy Note 10+ display. Oh yes, indeed. Really!