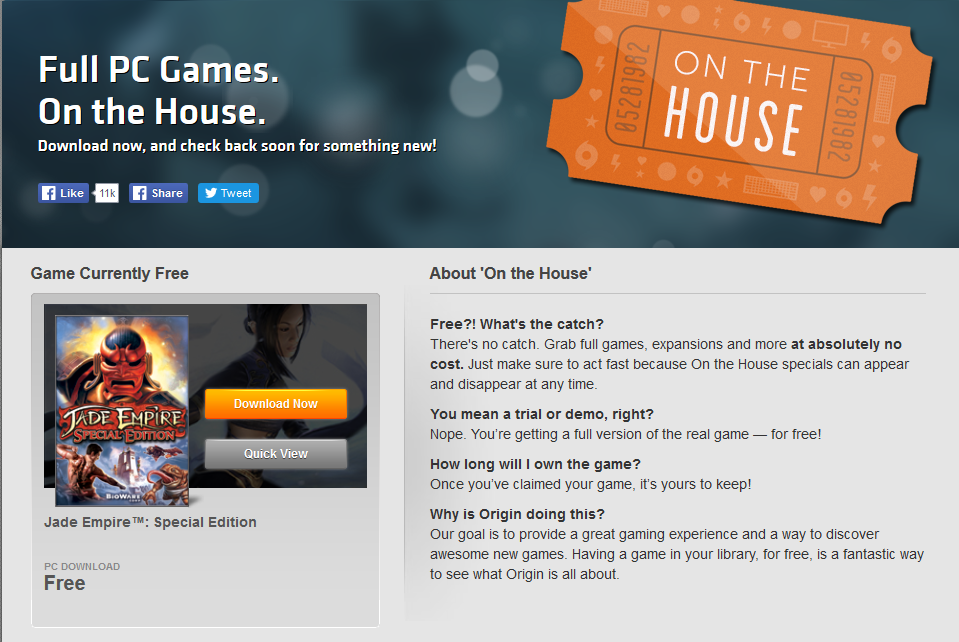 If your wallet has been smarting from the recent Steam Christmas sales, you’ll probably be hard up for another game. Fortunately, Electronic Arts has thrown a freebie to tide us over on their Origin website in the form of Jade Empire: Special Edition for PC. The Special Edition throws in additional DLC that was previously paid-for. On Steam, it costs about RM31 though if you download it on Origin you get it for free. They’ve offered games on the house at random times including Red Alert 2 and Ultima VIII: Pagan.

Jade Empire: Special Edition was an RPG released in 2005 by Bioware and while it hasn’t exactly aged gracefully or seen a sequel, it’s a nice, self contained yarn with Bioware’s usual impeccable standards of story crafting including romance options. The story has you as a novice martial arts exponent out in a mythical Far Eastern kingdom dubbed the Jade Empire that starts out as a nobody and as per the usualRPG  tropes becomes the most dangerous thing on the continent. Swing by here to download Jade Empire before it goes away.