The next Star Wars movie is just around the corner but if you’re looking to show your allegiance to the Light Side or the Dark Side of the Force you can acquire Lenovo’s Star Wars Special Edition Yoga 920 which comes in both Light Side and Dark Side variants. 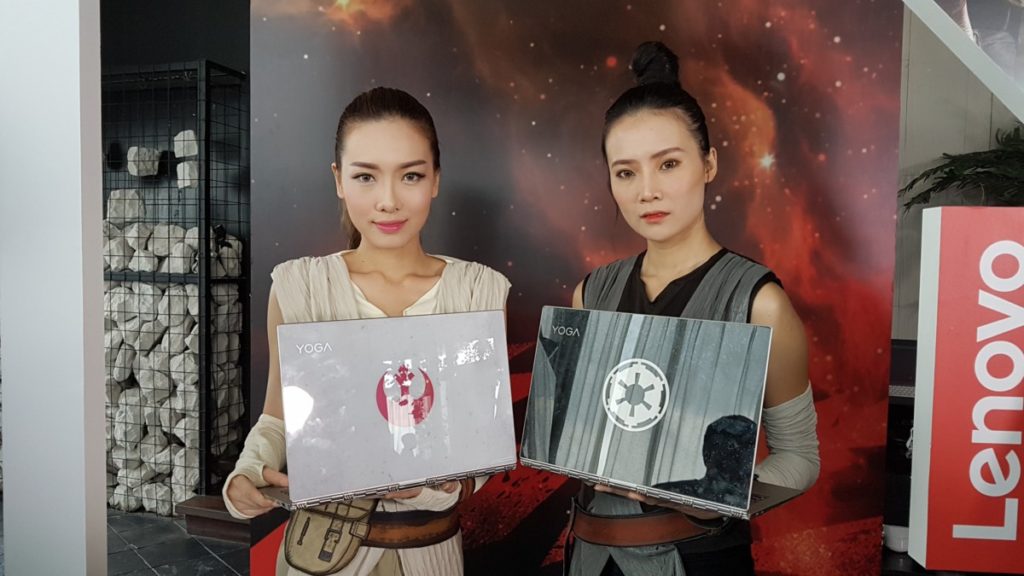 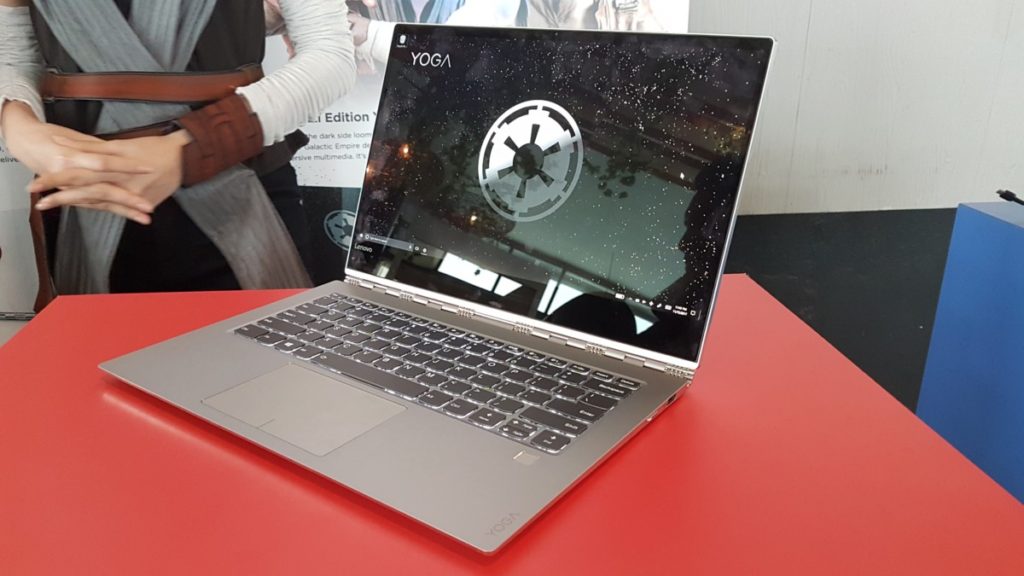 In terms of hardware, both the Light side and Dark side variants of the Star Wars Special Edition Yoga 920 convertible are identical. The notebooks will pack a 13.9-inch UHD wide-angle touchscreen, up to an 8th generation Intel Core i7 processor, up to 16GB of RAM, a 512GB PCie SSD and up to 15.5 hours of battery life. Other mod-cons include twin Thunderbolt 3 ports. Fortunately, you don’t need to use the Force to unlock the notebook as it has a fingerprint reader with Windows Hello support. As you’d likely surmise, the notebooks have a watchband-style hinge that lets you convert it around and about to deploy it into one of four different configurations – notebook, tent-style, tablet style and display mode too. Like the stock Y920, the notebook is just 13.95mm slim and weighs a light 1.37kg, making it extremely portable. It also ships with an optional Lenovo Active Pen 2 stylus that offers 4,096 levels of sensitivity. If this piques your interest, the Star Wars Special Edition Yoga 920, regardless of factional differences has prices starting from RM8,888 sometime in December These factional variants are only available in limited quantities though.

Also launched at the same time though without factional insignia is the Yoga 520 and 720 notebooks. The Yoga 520 has up to a 14-inch Full HD IPS touchscreen, up to a 7th generation Intel Core i7 processor, up to 15GB DDR4 RAM, up to a 512GB PCie SSD and 1TB SATA hard disk along with the option of an NVIDIA GeForce 940MX graphics card. Prices for the Yoga 520 start from RM2,799 and it is already available in the market. 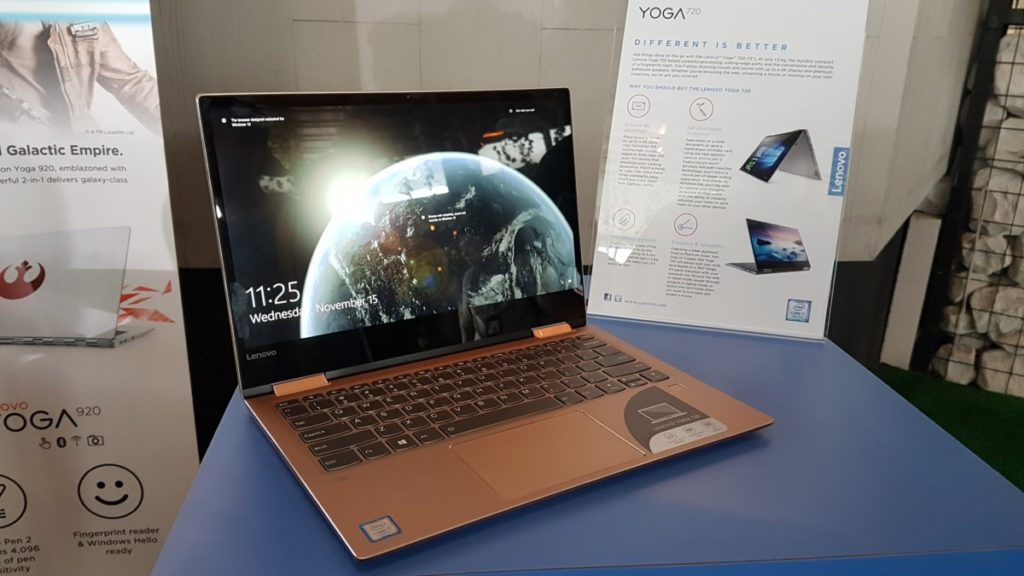 The Yoga 720 comes with a larger 13.3-inch touchscreen display that can be had in your choice of either a Full HD or UHD variant, up to a 7th generation Intel Core i7 processor, up to 16GB of DDR4 RAM, up to a 1TB PCie SSD and a pair of JBL speakers beefed up with Dolby Audio Premium tech. Prices for the Yoga 720 start from RM5,599 depending on configuration and the notebook is already available for sale nationwide. All three notebooks will be available at Lenovo Exclusive Stores and Lenovo Multi Brand stores as well as Lenovo’s online store at Lazada. For more details swing by www.lenovo.com