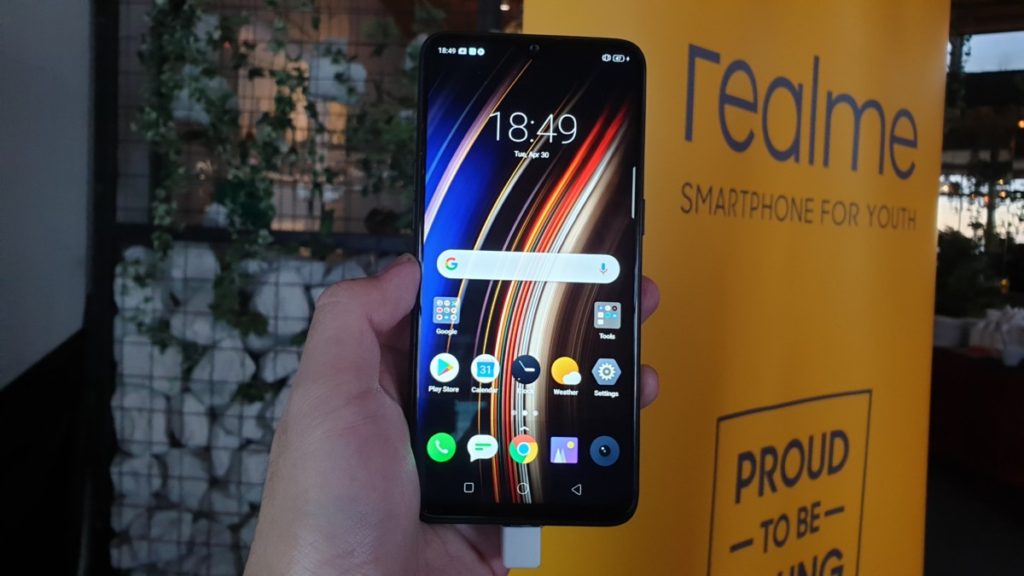 Realme is looking to add another phone to their line-up in Malaysia in the form of the realme 3 Pro that was launched in India recently. While it has yet to see an official Malaysia launch, realme Malaysia showcased the phone in a special preview in uptown Kuala Lumpur after dusk where guests were able to field test the low light capabilities of the phone.

To achieve this, realme has implemented a rear dual camera that consists of a 16-MP primary camera with an F/1.7 aperture with Dual Pixel tech along with a secondary 5-Mp camera for depth details. This is further augmented with a host of interesting modes including a Nightscape mode and Chroma Boost mode that significantly enhances the quality of night shots. The front camera consists of a 25-MP that has large 1.8um pixels and an AI beautication mode.

The rest of the hardware on the realme 3 Pro consists with a 6.3-inch FHD+ notched display that has a 90.80% screen ratio and which is sheathed in Corning Gorilla Glass 5 for additional protection. Running under the hood is a Qualcomm Snapdragon 2.2GHz octacore processor that will come in two storage configurations for the Malaysia market – 4GB RAM and 64GB of storage and a more premium 6GB RAM and 128GB of storage. The realme 3 Pro notably sports a triple card slot, allowing users to add in two SIM cards and a microSD card up to 256GB in size at the same time. 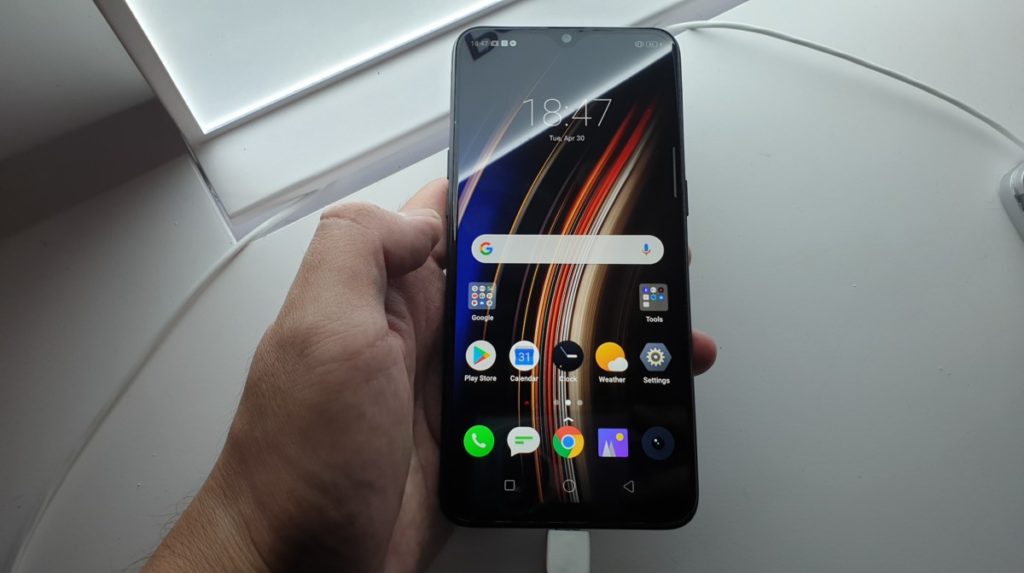 In terms of colours, realme will be bringing in three colours for both storage configurations – Carbon Gray, Nitro Blue and Lighting Purple. At first blush, the phones have a nice heft about them and sturdy build quality. 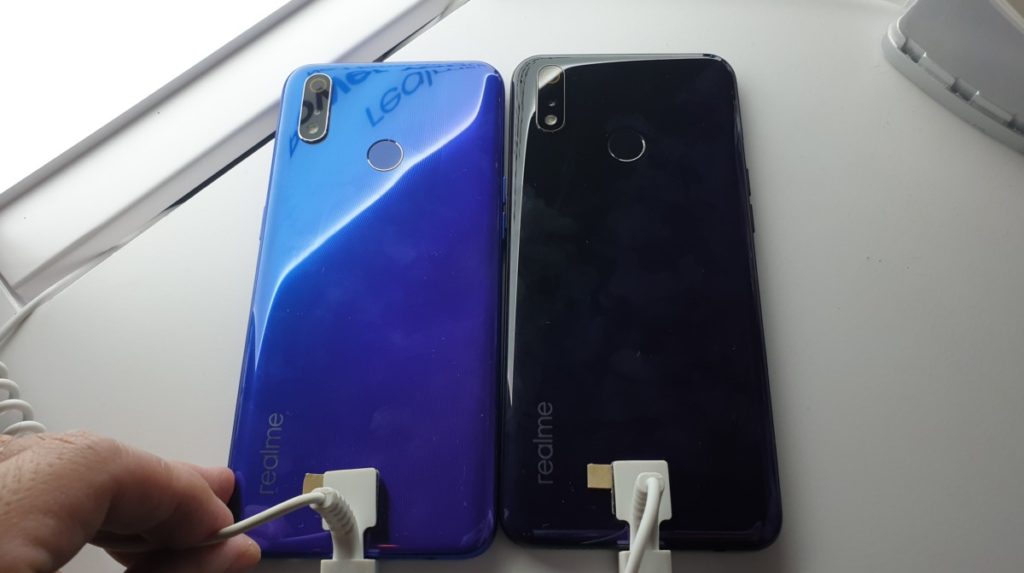 The realme 3 Pro in blue and purple

At present, realme Malaysia hasn’t stated how much the realme 3 Pro costs but at launch in India, the 4GB RAM/64GB version retailed at RS 13,999 which is about RM831 while the 6GB RAM/128 retailed for RS16,999 which is about RM1031. Malaysia prices will likely differ somewhat so it should be taken as a rough indicator at best. According to realme Malaysia, the realme 3 Pro is slated to arrive in Malaysia sometime this 14 May 2019. We’ll keep you posted on any developments.