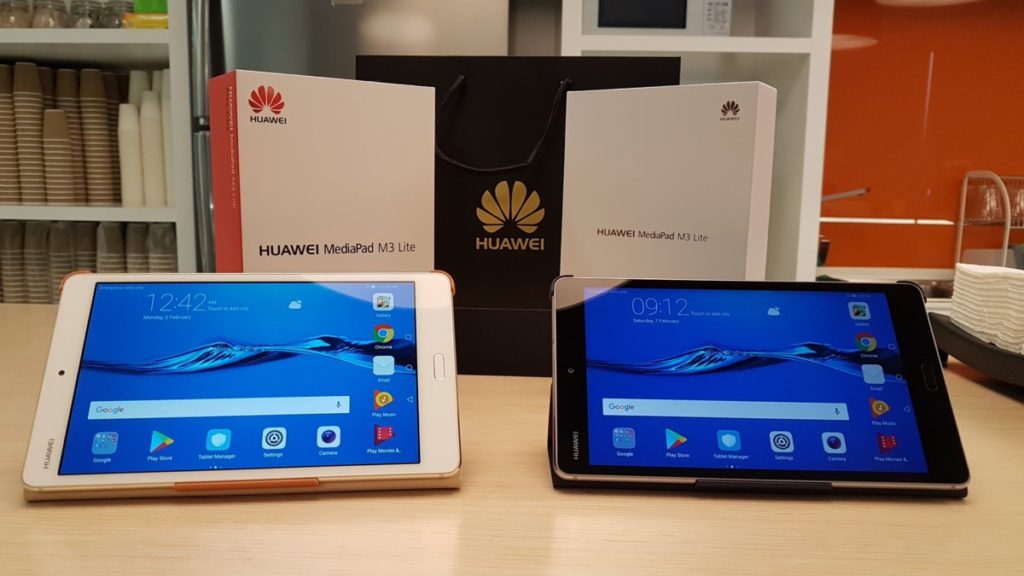 While all eyes are Huawei’s Mate 10 and Mate 10 Pro, they’re also taking a crack at the tablet market too with their newly launched MediaPad M3 Lite which we had the pleasure to take a first look at. The Malaysian version of the MediaPad M3 Lite comes with an 8-inch display with 1,920 x 1,200 pixel resolution and 282 pixels per inch with the front sporting an oblong-shaped reader at the base of the tablet along with a front-facing 8-MP selfie camera perched at the top. The display has a 1000:1 contrast ratio and also integrates Huawei’s Clari-Vu tech that adapts screen brightness for optimum viewing and to filter out blue light to make it easier on the eyes. The fingerprint reader can also do double duty as a navigation key in lieu of the virtual buttons. 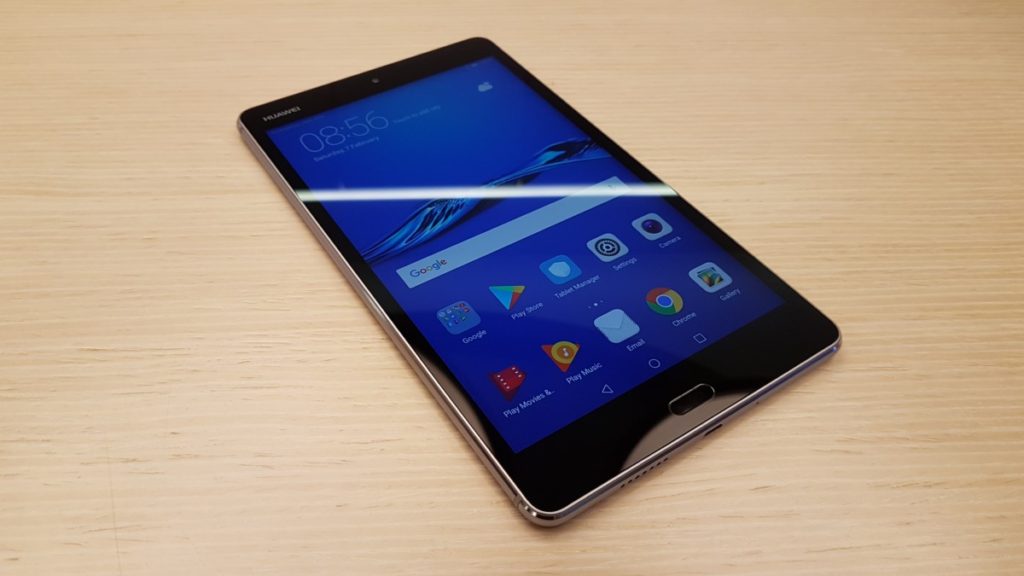 Complementing the crisp 8-inch display are a pair of speakers emplaced on the top and bottom of the slate tuned by Harman-Kardon that are optimised for landscape-style use. This emphasis on a crisp display and stereo speakers make it quite a handy device for enjoying videos. 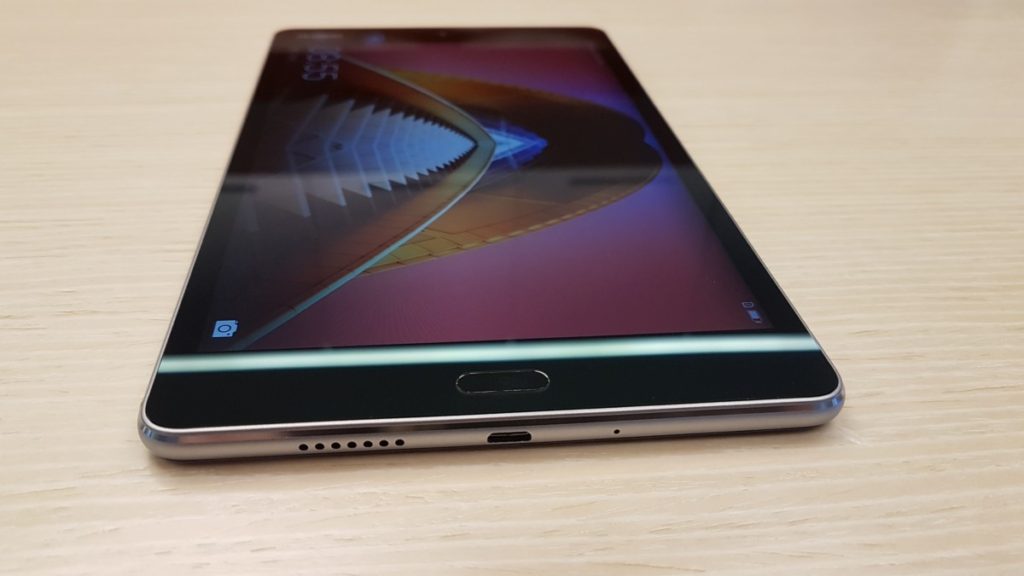 In terms of hardware, the MediaPad M3 Lite sports a 64-bit Qualcomm Snapdragon 435 processor built on the 28nm process paired with 3GB RAM and 32GB of expandable storage. Running on the slate is the latest Android 7.0 Nougat overlaid with Huawei’s latest EMUI 5.1 user interface. If needs must, the slate also has a hybrid SIM card slot that lets you wander away from Wi-Fi and even make phone calls too via speaker phone. The rear also sports an 8-MP camera with autofocus and an LED flash. 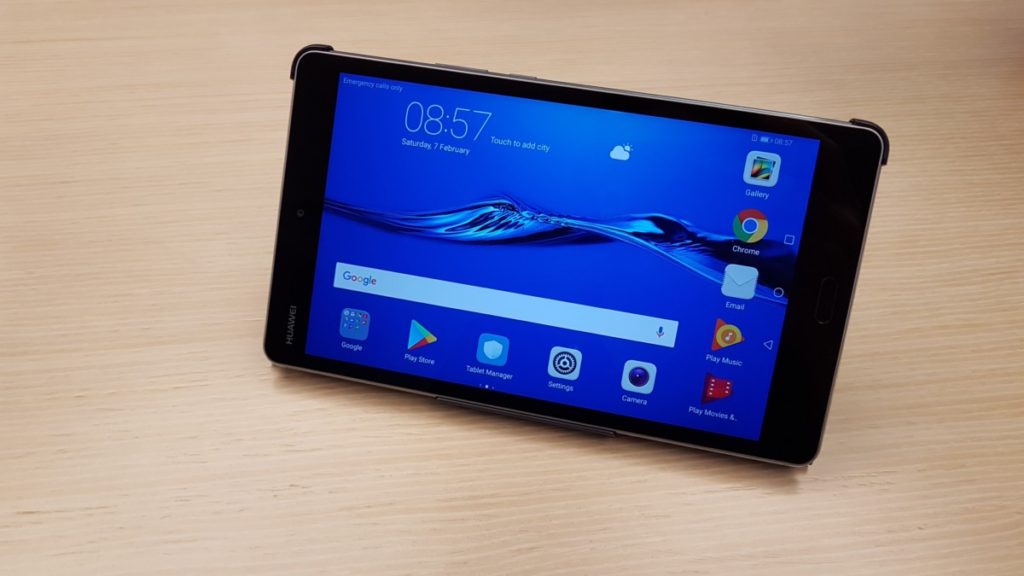 In terms of endurance, the MediaPad M3 Lite sports a 4,800mAh battery that offers about 9 hours of 1080P video playback. All this is crammed into a machined unibody aluminium chassis that weighs a rather light 310g and which measures is 7.5mm thin. For units sold in Malaysia, Huawei is also bundling in a free casing that also doubles as a viewing stand. All this clocks in at RM999 and the tablet is available in your choice of either a gold or Space Gray finish at all good retailers nationwide. 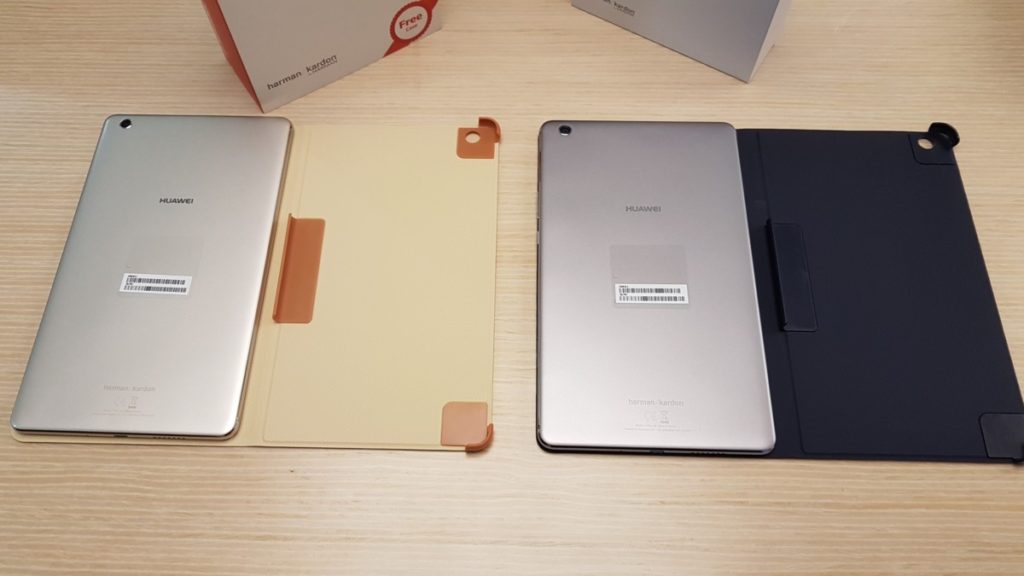