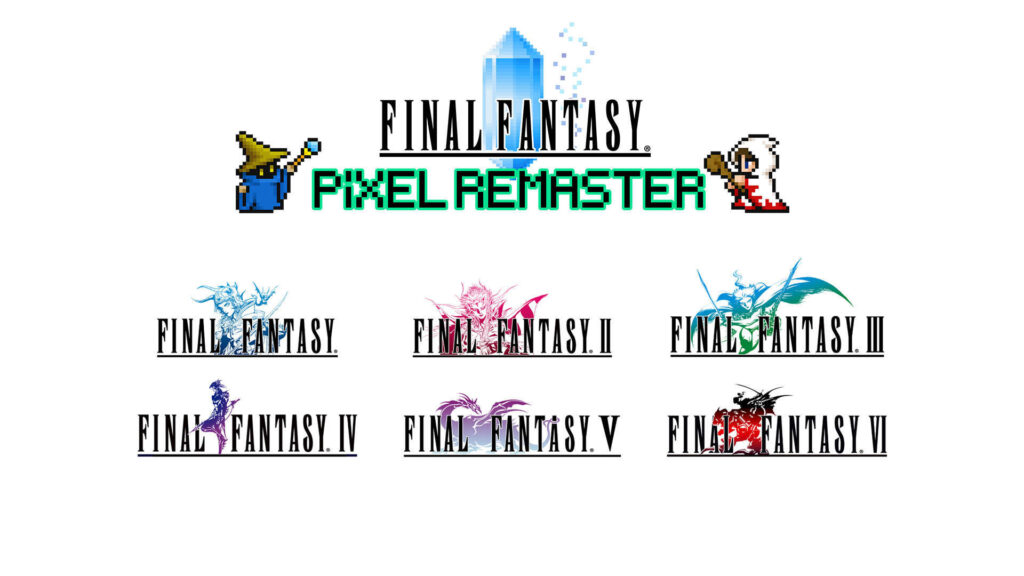 The original Final Fantasy series all the way from FF1 through FF6 is getting remastered version dubbed the Final Fantasy Pixel Remaster series with each game releasing individually according to a statement by Square Enix at E3 2021.

Unlike later versions which changed to polygons and evolved to better rendered art, all these six entries in the Final Fantasy series were pixel art and what is truly amazing was the story they told without having to rely on gaudy imagery.

There’s not much to go on at this point in time if they’re adding new content to it or how they will remaster the lower resolution versions of FF1and FF2 which debuted on the NES into the larger screen resolutions we’re accustomed to in this day and age but we’re looking forward to what they have planned.

They also released a teaser trailer for the Final Fantasy Pixel Remaster but there are no firm dates on arrival as yet. The games will be available on Steam, the Apple App Store and Google Play in the near future. You can catch the teaser trailer below: