Dyson is known for creating some rather unusual devices that have become impressive hits like their Pure Cool Me personal air purifiers and, especially for ladies, their vaunted AirWrap styling wands but a recent patent filing by Dyson in the UK shows something that is looks like it will sell like hotcakes in view of recent times as they’ve put down the paperwork for a pair of air purifying headphones.

While a patent isn’t necessarily a statement of intent that Dyson will put a product into production, it’s certainly a step in that direction as they’ve put enough thought into a product to consider filing one with the UK Intellectual Property Office. 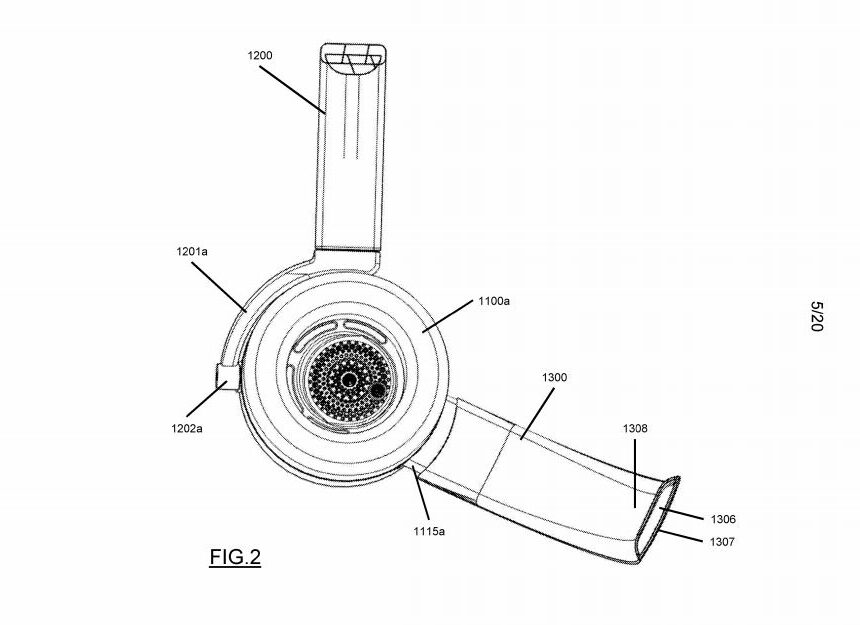 The Dyson wearable air purifier banks on their core technologies in air purifiers which traditionally have been floor and desktop based and blends it with something entirely new and very practical – an on-ear pair of headphones. To date, Dyson has not gone anywhere into headphones, speakers and for the matter, any form of consumer audio tech. If this ever takes off and hits the production lines, it would mark one of their first offerings in the line with a distinctively unique Dyson twist to its design.

The air purifying headphones itself consist of the headphones with two audio drivers to the left and right along with a plastic strip somewhat akin to a faceplate in front. On paper, the air purifying assembly is contained in both ear pieces with a motor, a filter and an impeller in each can to draw in and purify the air with the resulting clean air shunted through the strip/face plate towards your face. 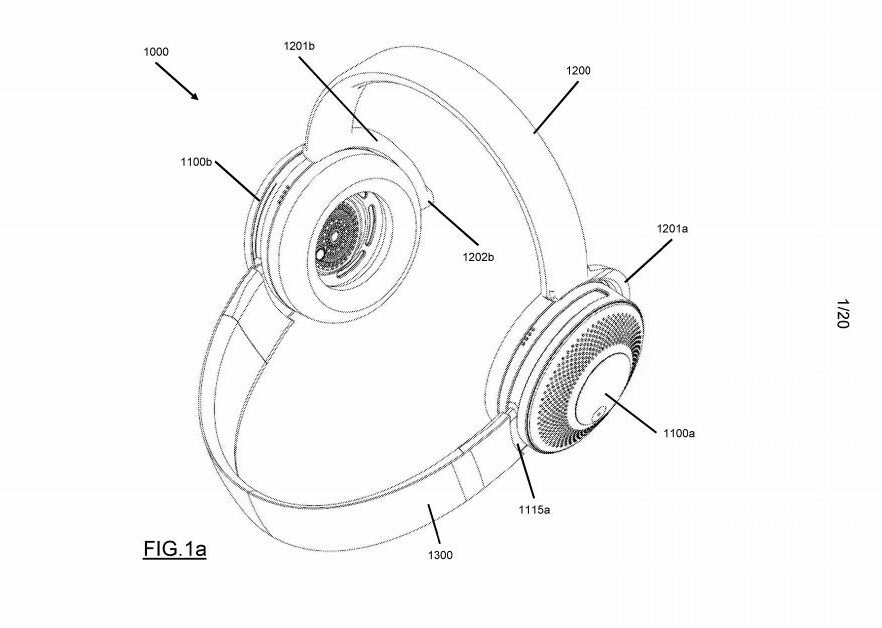 Based on the patent filing, the motors in the air purifying assembly will be spinning at 12,000rpm to draw in 1.4 liters of air per second. The interesting challenge that the patent does not elaborate on in detail is how the device is powered – running a pair of cans and an actively running air purifier will use up a lot of juice – nor if it will include any form of active noise cancelling (ANC) which is certainly a concern with two actively running air purifiers stuck to your bonce.

Still, all this is purely theoretical at this point in time until an actual announcement by Dyson. If it does take off, it’s a particularly timely invention, seeing the prevalent spread of the coronavirus across the globe and the increasingly polluted cities that we live in. Stay tuned to Hitech Century for more details!