The creators behind Dyson’s latest high tech lighting solution, the Dyson Lightcycle Morph task light that has just been launched in Malaysia make light on the science of lighting. Will Darvill, the Head of Product Development and Alex Kember, Research Engineer from Dyson share more about how light can influence productivity and the science behind the Dyson Lightcycle Morph explained.

It is surprising how reliant humanity is on the circadian rhythms of night and day, not only to maintain some comforting sense of a routine but to also to function normally and thrive. “We’ve evolved as a species and thrived under cycles of natural night and day for centuries,” says Will Darvill who spearheaded the creation of the Lightcycle Morph..

“When it comes to lighting, we’ve conducted extensive research to see how light affects how we perform our activities and our health. Natural light has a profound effect on our circadian rhythms, our bodily functions and our hormones.. The disruption of this rhythm is most apparent when we encounter jet lag,” adds Will.

According to Will, many of our biological processes follow this cycle of wakefulness and sleep. Our body, for example, only kicks in cell and muscle repair when we knock off for night while also replenishing other hormones that get depleted during the day.

Naturally, all this gets thrown into absolute havoc when your natural day/night cycle gets disrupted. Fly to a completely different timezone and you’re greeted by insomnia with your eyes wide open and you nodding off in broad daylight as you attempt to acclimatise from the bane of frequent travellers – jet lag.

Thomas Edison’s light bulb that was created in the 1879 allowed us to work without being reliant on the 12 hours of daylight (assuming you don’t live near the poles) that we’re doled out daily or having to work by pale candlelight.

“While our eyes can operate in extremes of light and dark, recent times have resulted in a unique set of circumstances such as staring at a bright monitor in a dark room which introduces glare as our eyes attempt to compensate for a bright light source amidst a dark background,” “says Alex Kember who conducts research and development on next generation technologies on behalf of Dyson and applies them into new products.

Since that day, there hasn’t been a radical change or improvement to the capabilities of the bog standard light bulb, save for the recent creation of slightly more efficient Light Emitting Diodes which is somewhat surprising seeing as modern humanity spends almost 90% of our time indoors, more so seeing the ongoing pandemic.

The Dyson Lightcycle Morph explained – what is it exactly?

For the uninitiated, the Lightcycle Morph task light is the space age equivalent of an LED lamp. While the average layman would consider all lights being equal bar different levels of intensity, the Lightcycle Morph is as far away from your average LED light as a bicycle is from a Bentley.

The enhanced version of the original Lightcycle, the new Lightcycle Morph is built on the same principles as its predecessor but with a host of new features while retaining the ability to offer brightness equal to natural daylight.

As its most basic function, it’s able to illuminate a room or focus on a particular aspect of it like a desk light but Dyson’s own refinements to it make it unlike anything else ever created.

The light is emitted from six LEDs, three of them kicking out white light while the other three emit warm yellow light with the ability to collectively deliver up to 6,500 Kelvin, which means it matches natural daylight in colour temperature with a brightness of up to 1,000 Lux for natural daylight brightness. It goes without saying not to stare right into the LED lights, mmmkay?.

A 32-bit processor built into the Lightcycle Morph allows users to adjust the lighting to depict anything from natural daylight all the way to a soft yellow glow as a nightlight and every shade of light in between.

The Dyson Lightcycle Morph is able to adjust colour temperature and brightness while offering a unique lighted stem that emits a soothing warm ambient glow on demand.

While it initially points downwards, the light armature in the Lightcycle Morph has a triple jointed mechanism that lets you rotate it around, upwards and all around.

Even more unique is that the stand itself turns into a soothing warm pillar of light on demand by shunting the light through the stand itself and out through hundreds of precision drilled holes in a comforting yellowish glow akin to a lava lamp.

This lighting mode is also particularly helpful as it helps to filter out the blue light of the light spectrum which has been known to affect wakefulness. “The Lightcycle Morph is capable of emitting low blue light in ambient mode and in certain settings so that it doesn’t disrupt your sleep cycle and thus encouraging a more restful sleep,” says Alex. 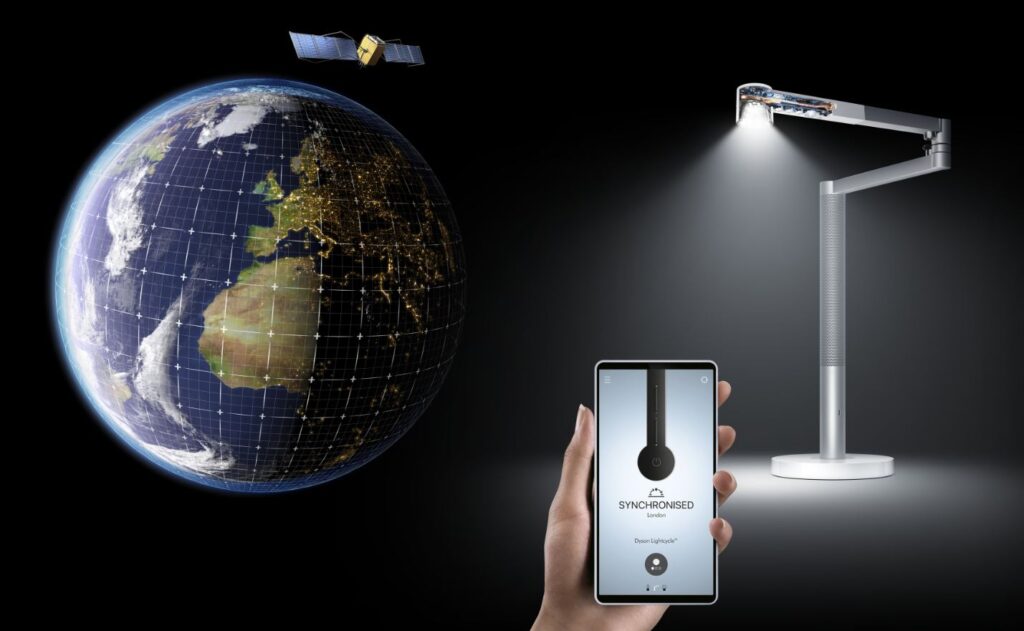 That’s just the basics though as the Lightcycle Morph works with a downloadable mobile app on your phone dubbed Dyson Boost, enabling you to fire up a host of smart, customised features that can potentially change the way we work and live.

Lightcycle Morph Explained – The Right Light for Your Age

The more pedestrian features of the Lightcycle Morph allow it to turn it on and off based on a proximity sensor to save on juice. Where it goes from novelty to technological sorcery is that it’s able to adjust the brightness of the lighting based on where you are on the planet and also your age.

As we get older, we need brighter lighting as our cornea ages and hardens. Leave a piece of glass out in the sun long enough and it turns yellow; same thing for our peepers.

The Lightcycle Morph ramps up the brightness as we get older while it dims it for younger users once paired with the Dyson Boost app. According to Will, a 65-year old needs 4 times more light than what a 20 year old lad would require. 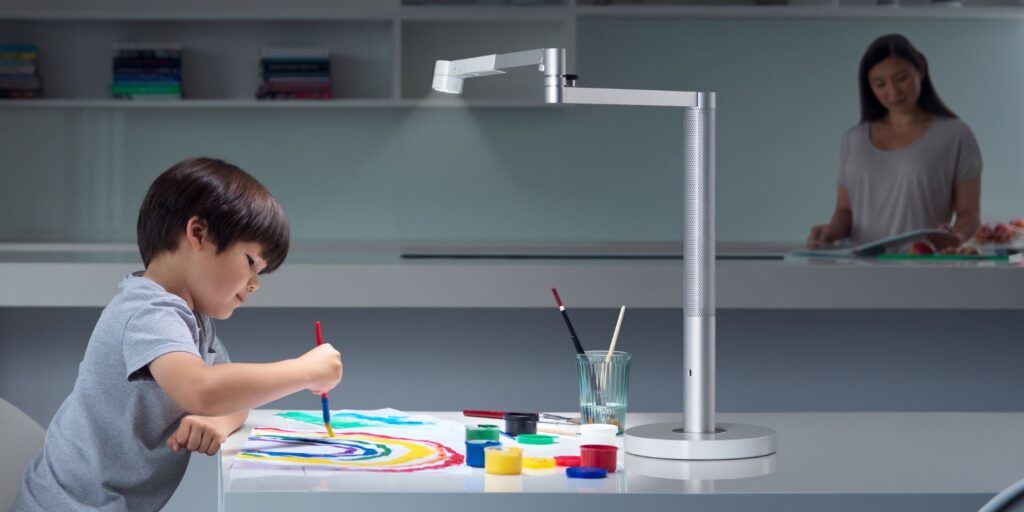 As you age, you need more light. A 65-year old would need 4 times more life than someone that’s just in their early 20s

Another feature is that it’s able to intelligently adapt itself to ambient lighting conditions so that users will get the best lighting possible at all times. Even if it’s a dark, storm sodden mess out there or your window is blocked by a skyscraper, you’ll still be able to get light equivalent to natural daylight from the Lightcycle Morph.

“The ambient light sensor in the Lightcycle Morph reads the light in the area around it adjusts it proportionately to the task at hand and the environment so that you’ll get the right light for the right job. This also avoids eye strain,” says Will.

To achieve this, the Lightcycle Morph takes the data from over a million possible lighting conditions taken from satellites across almost every habitable location on the planet and then uses the 32-bit onboard processor to tell the onboard driver on what intensity and colour temperature to emit.

“The Lightcycle Morph has the ability to offer daylight tracking, allowing it to help you adapt to the circadian rhythms of night/day that we are accustomed to. It uses cool blue light in the morning to stimulate and kick start activity and as we wind down for the evening, it intelligently emits dimmer, warmer light so that we can get a good night’s sleep.”

This cool blue light also lends itself to lending enhanced attention especially if we’re using it when working. It’s the biological equivalent of kicking the noggin into work mode.

While it sounds inordinately complicated what with so many customisable settings based on age, ambient lighting conditions and needs, Dyson have made the Lightcycle Morph to be a plug-and-play affair.

“We’ve engineered the Lightcycle Morph so that people can get it out of the box and get perfect lighting to work or study from home. Our research and extensive testing ensures that you get enough light for optimum productivity on your needs while our Boost app is simple and intuitive to use,” says Will.

Where conventional LED lamps typically last a few years at most before their LEDs burn out, the Lightcycle Morph uses a sophisticated cooling system culled from tech used in space shuttles to vent heat from the LED array and shunt it away via a heat pipe to a heat sink. This allows the Lightcycle Morph to last indefinitely, if not for decades. 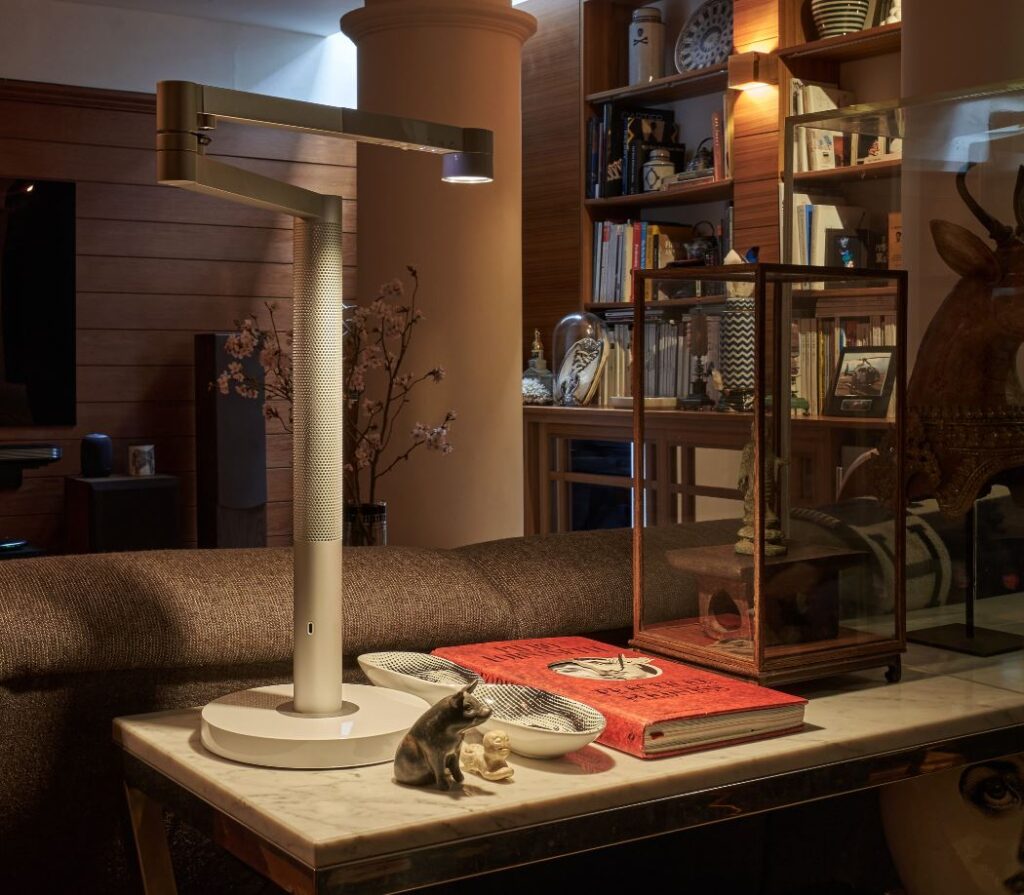 In the Lightcycle Morph, you’re looking at a lamp where you needn’t have to replace the bulbs every few months which goes a long way to justifying its somewhat daunting price of entry.

“In 2021, cost efficient and environmentally friendly technologies should already be integrated into a product and it is now time to get out of an arms race in terms of efficiency. We now aim to offer products that have a fundamental beneficial effect that goes beyond cost or gimmicks,” says Alex.

He offers an example,”I used to live in a flat where we had conventional LED light bulbs for lighting. I had to keep replacing them over time as they wore out but their key feature, the ability to swap colours into something funky like red was only used when my friends came over just to give a party ambiance. It did little to enhance my quality of life.”

Will adds,”The Dyson Lightcycle Morph acts as a game changer as it features task sensitive lighting and innovative features that expand the role and capabilities of traditional lighting solutions, allowing users to to both improve and maximise their daily activities.” 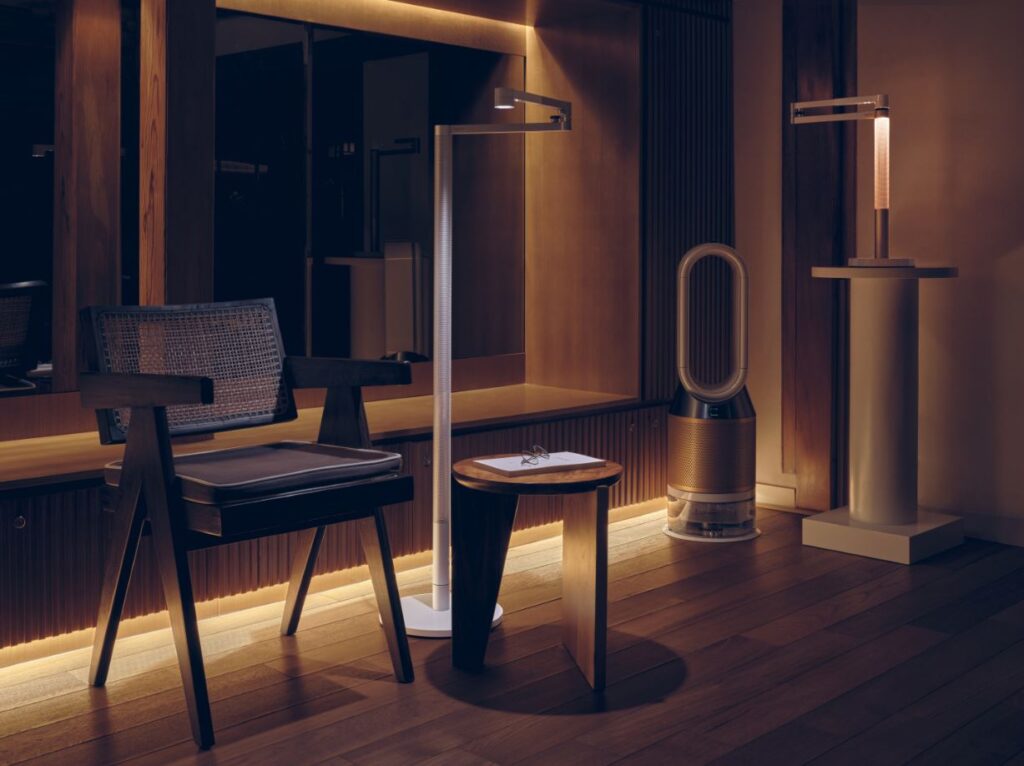 The Dyson Lightcycle Morph comes in both floor and table standing models.