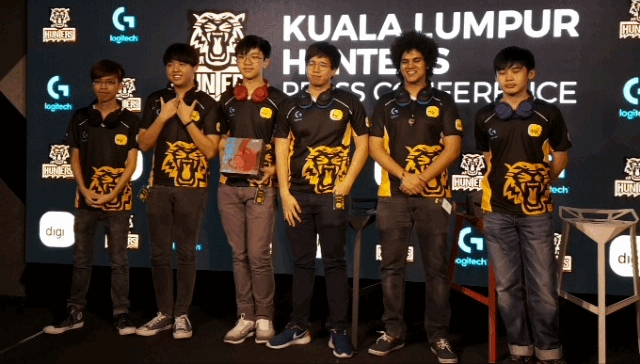 Digi joins KLH’s stalwart supporter Logitech, one of the most influential purveyors in hardware for gaming and productivity alike including a comprehensive range of mouse devices, keyboards, headphones and more.

Today is the first day of the commencement of KLH’s partnership with Digi and with the support of both partners, KLH will be embarking on a one month eSports boot camp in South Korea to hone their skills in League of Legends. The current team line-up of KLH consists of team captain Poon Kok Sing and teammates Adrian Lee, Eric Sia, Chan Roonghan and Ramsay Devaraj.

“We are delighted to be partners with local gaming champions Kuala Lumpur Hunters and look forward to working towards our shared goal of positioning Malaysia as a powerhouse in Southeast Asian eSports. The boot camp in Korea is a fantastic opportunity for each player to train and develop their specialties, as well as for the team to build better group dynamics and coordination in the game. Digi is a fun and youthful brand so it’s only natural that we take a leading position in the local gaming scene. Partnerships like this are just the beginning to a future with many more gaming-related offerings that we’re confident our customers will love,” said Mohd Muhaymin, Head of Activation & Sponsorship from Digi.

On the Logitech side, KP Sim, Logitech Country Manager of Malaysia said that team KLH will be the first individuals in Southeast Asia to experience Logitech’s new G433 7.1 gaming headsets that sport DTS headphone X 7.1 audio tech, a stain resistant fabric finish, comfy mesh earpads and a removable boom mike that is compatible with PCs, consoles and mobile devices alike. The G433 arrives in stores in Malaysia in July for RM499.