Dell took notebook design up a notch when they took the wraps off their svelte XPS 13 2-in-1 ultraportable that made its debut at CES recently. Granted, 2-in-1s aren’t a new fangled thing in the fast-changing notebook industry but Dell has refined the concept on an ultraportable to a new level by making it lighter and slimmer than ever before while managing to cram in a larger screen than what similar contemporaries would even contemplate integrating on a similarly sized chassis. 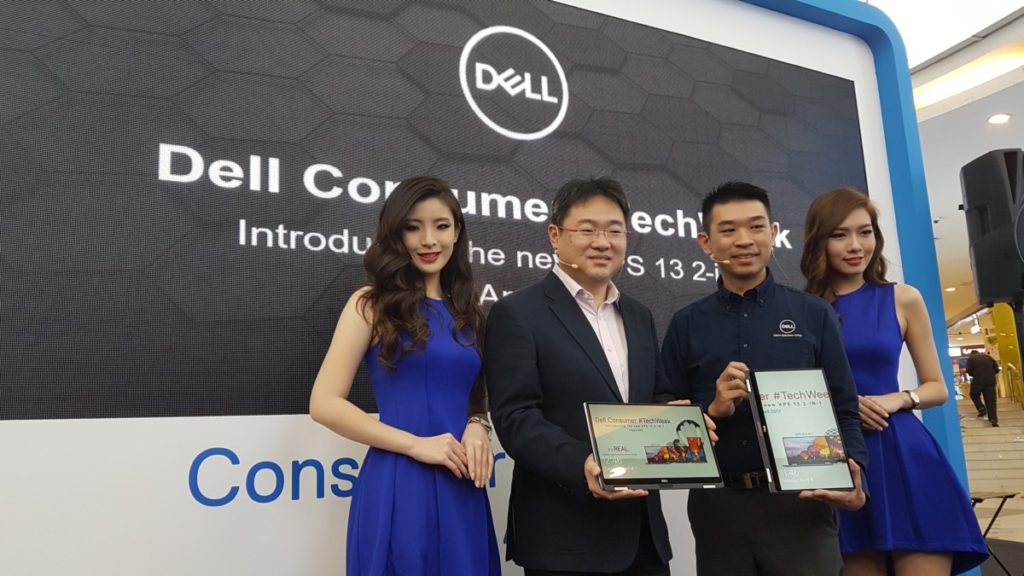 Externally, the XPS 13 2-in-1 is a looker indeed with a light aluminium chassis sheathed in carbon fiber that keeps the notebook tough and light which ensconces its raison d’etre – a 13-inch QHD 4K+ touchscreen. This is mounted on a 360-degree hinge that lets you use it in a variety of ways including tent-style and all the way around as a tablet. The clincher is that the XPS 13 2-in-1 manages to do cram a display this large in a chassis that’s about the size of a mainstream 11-inch 2-in-1. 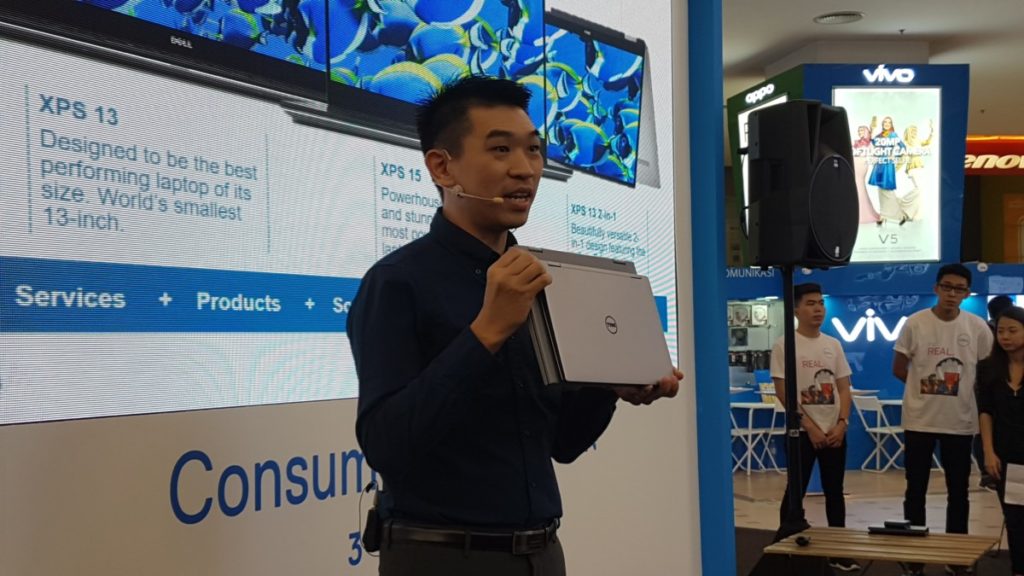 This is on account their absurdly slim Infinity Edge bezels that are less than a fingers-width, making them one of, if not the world’s thinnest bezels on a notebook of its size. 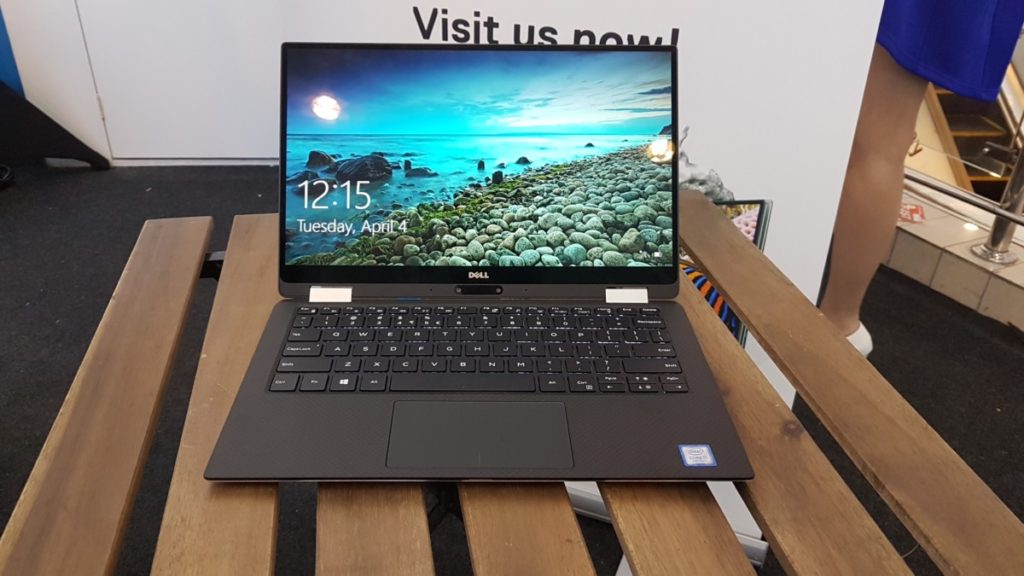 In terms of hardware, the XPS 13 2-in-1 comes in a variety of configurations depending on how much you shell out for but the highest end variant clocks in at RM7,999 and gets you an Intel Core Kaby Lake i7-7Y75 3.6GHz processor paired with 16GB of RAM and a 512GB SSD, Intel HD graphics. Slightly lower down the totem pole for RM7,799 gets you a similar hardware but only 8GB RAM. The lowest end model, which still outguns many other ultraportables out there comes with an Intel Kaby Lake i5-7Y54 3.2GHz processor and 8GB RAM, a 256GB SSD for RM6,699. All variants of the XPS 13 2-in-1 all have a similar 13.3-inch QHD+ Infinity Edge touchscreen with 3,200 x 1,800 pixel resolution onscreen. 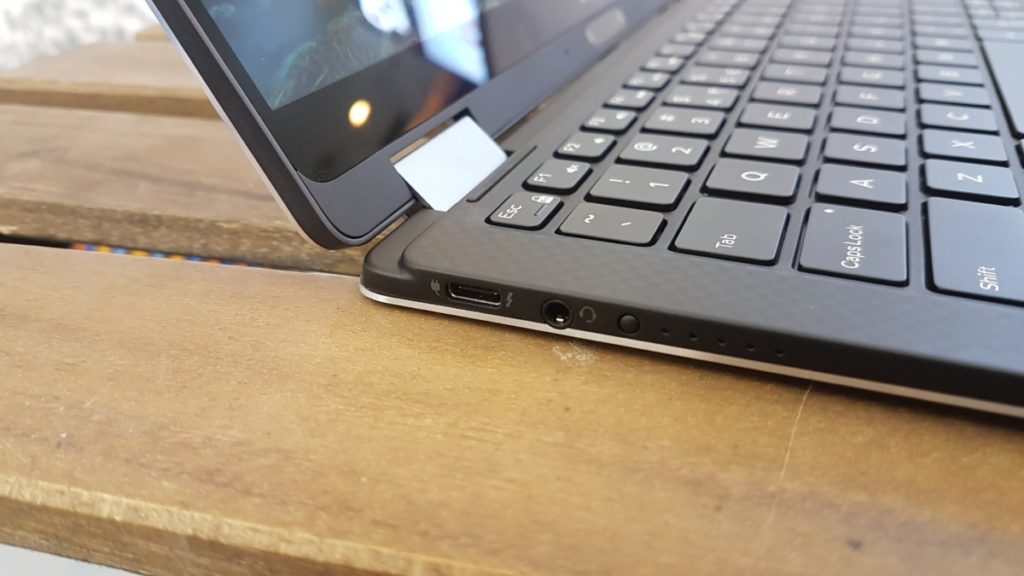 In terms of ports, the XPS 13 2-in-1 is somewhat frugal with a 3.5mm audio jack and a USB Type C 3.0 port for charging duties along with an SD card reader and another USB Type C dedicated for hooking it up to larger displays. 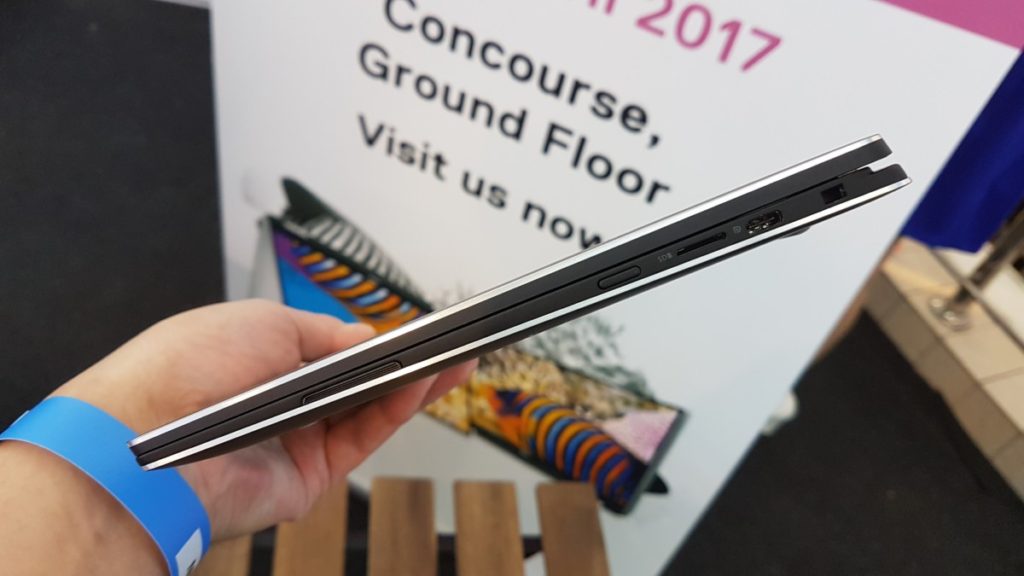 From now until 30th April 2017, buyers of a Dell XPS 13 2-in-1 can get a free Dell DA200 USB Type-C adaptor worth RM319 that comes with a plethora of ports to expand connectivity options. 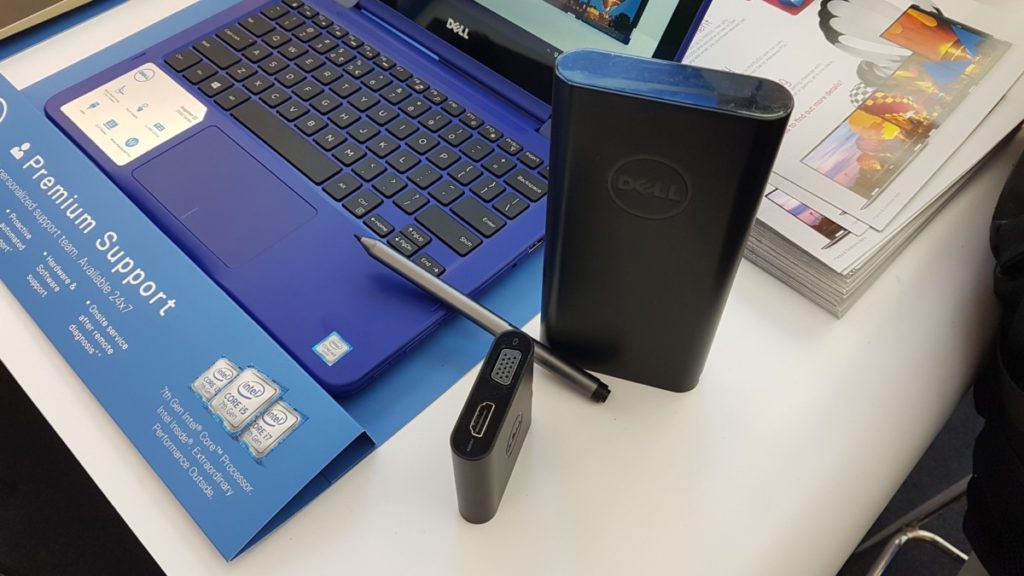 The DA200 dock, stylus and optional charging station for the XPS 13 2-in-1

Also announced at the XPS 13 2-in-1 launch was a refreshed Inspiron 15 gaming notebook that sports a current-gen Intel Kaby Lake Core i5-7300HQ processor, 4GB DDR4RAM,  NVIDIA’s latest Pascal family GeForce GTX1050 GPU as well as  a 15.6-inch 1080P anti-glare display for RM3,899. Other upgunned variants are aailable as well culminating in an RM4,999 behemoth with a similar display bar the inclusion of an Intel Core i7-7700HQ processor ,8GB DDR4 RAM, a 128GB SSD and a 500GB hard disk. 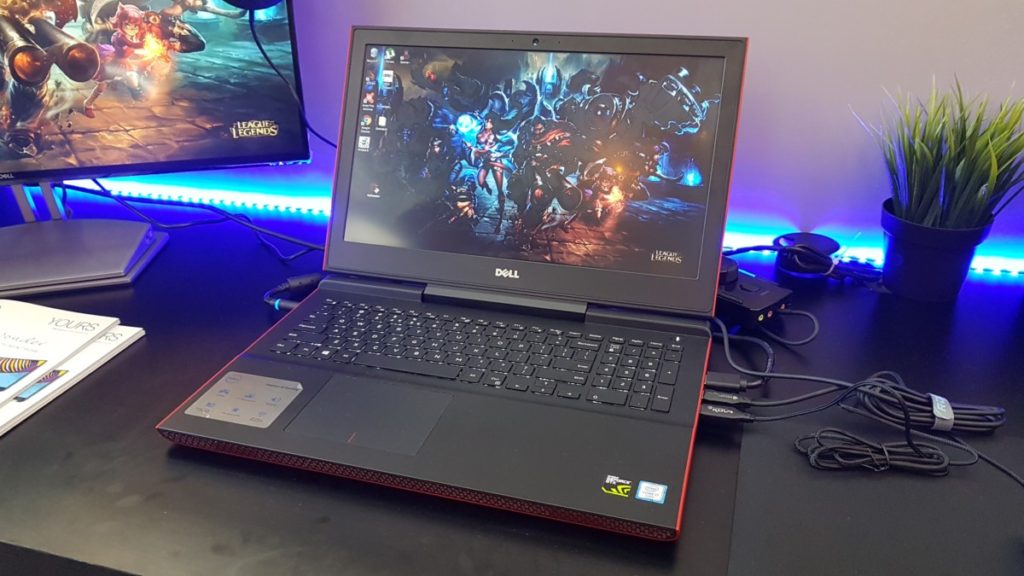