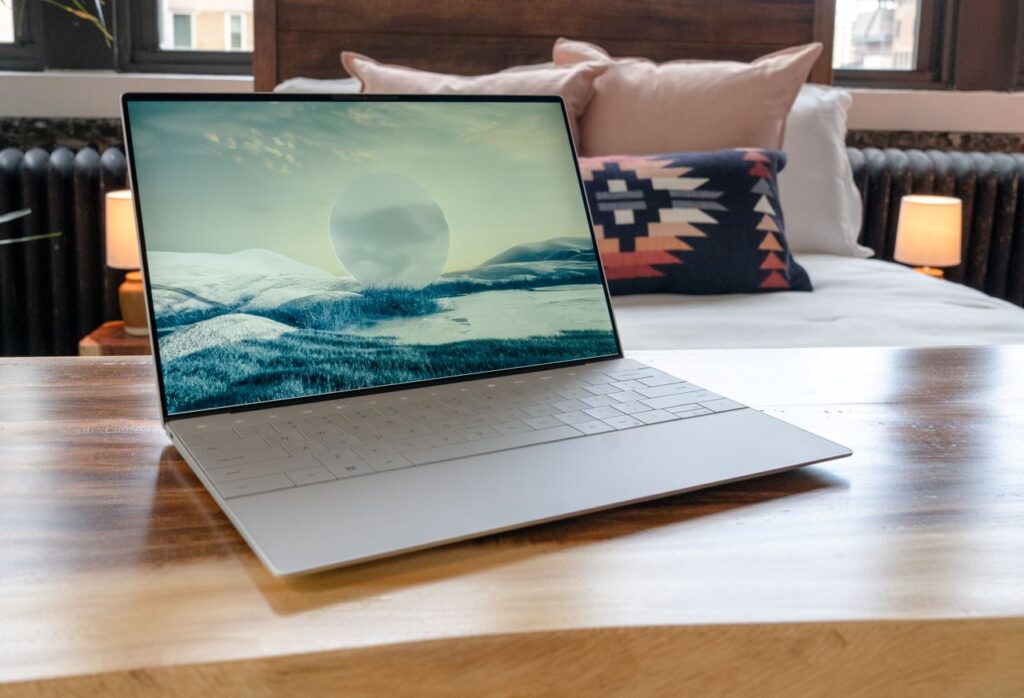 When it comes to ultraportables, Dell doesn’t joke around and their new Dell XPS 13 Plus takes the concept of and dials it to 11 with their typical attention to detail, premium design and materials as well as some impressively beefy specifications.

Much like prior Dell XPS series models, the XPS 13 Plus is made of CNC machined aluminium for its chassis with glass palm rests and touchpad for a silky smooth glide of your digits with the whole affair being just 15.3mm thin while weighing just 1.24kg.

What’s different about the Dell XPS 13 Plus

Flip the lid open and you’ll notice that the Dell XPS 13 Plus has a substantially different design for its keyboard and trackpad from its predecessors. Rather than a row of function keys as you’d expect in a typical keyboard, they’ve implemented a ‘capacitive touch function row’ which is in effect a series of LED-backlit buttons to tweak PC settings like volume and brightness.

According to Dell, ditching the function key row helps to offer more space under the hood for an improved cooling array rated for 55% better airflow though schematics of its internal layout haven’t been seen just yet.  The keyboard itself stretches all across to the near edges of the keyboard tray and has 1mm travel. 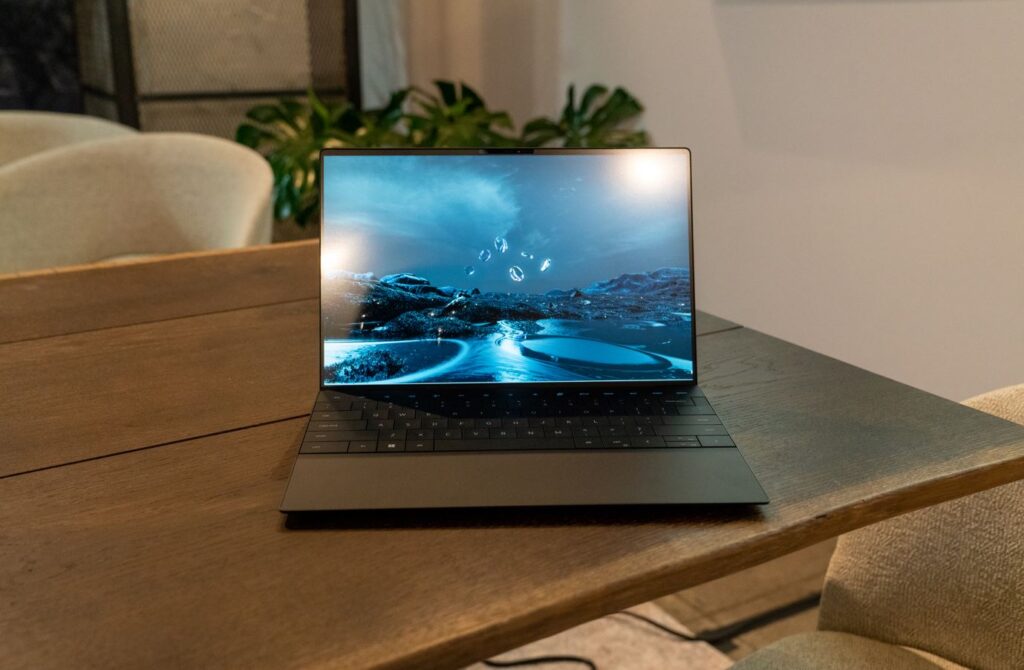 Rather than the typical touchpad inset in the centre of the palm rest, Dell has opted to integrate what they call a ‘haptic ForcePad’ which has no recessed touch sensitive pad like what a normal laptop would have. Instead, the entirety of the base palm rest is hewn from glass with Piezo tech to mimic haptic feedback when you touch and click stuff.

For 2022, Dell has retained their mastery of nigh bezel-less displays and the XPS 13 Plus has a similar amount of screen real estate from its predecessor as you can kit it out with up to a 13.4-inch 4K (3,840 x 2,400 pixels) resolution InfinityEdge touchscreen that has a 90% DCI-P3, a 1650:1 contrast ratio and 500 nits brightness though 1080P, and FHD+ options exist. The panel is also rated to be Eyesafe and with Dolby Vision support too. 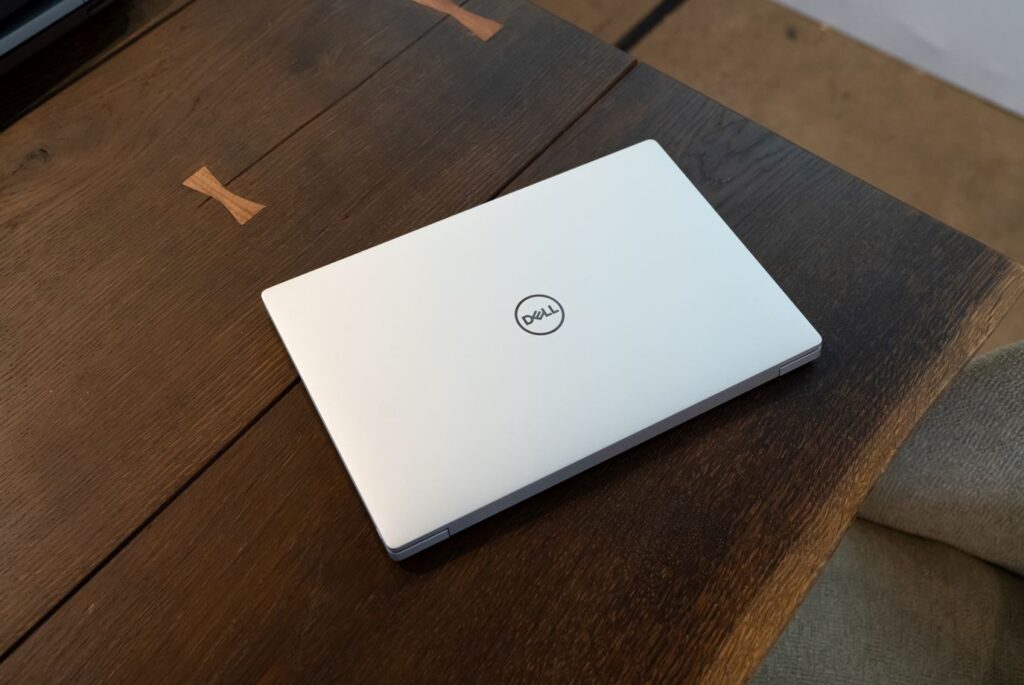 Fortunately, Dell has resolved the issue of their prior nose-cam in older models and the XPS 13 Plus retains a 720P Windows Hello webcam in the upper bezel along with a fingerprint reader in the power button for biometrics.

They’ve even managed to upgrade the audio as well and the Dell XPS 13 Plus features not two but four speakers with a total 8W output tuned by Waves MaxxAudio with two firing upwards and two firing downwards.

The rest of the hardware on the XPS 13 Plus is suitably impressive with 28W Intel Alder Lake P-series CPUs and up to an Intel Core i7-1280P 4.8GHz processor running Windows 11, up to 32GB DDR5 RAM, Iris Xe graphics, up to a 2TB SSD and a 55WHr battery juiced by one of two Thunderbolt 4 USB-C ports with Display Port and Power Delivery support.

Unfortunately, the Dell XPS 13 Plus does lose something on the way and it’s the option of additional ports, losing as it does even the microSD card slot and 3.5mm audio jack from its predecessors so you’ll likely have to tote around a bunch of dongles.though it does ship with a USB-A to USB-C adaptor. 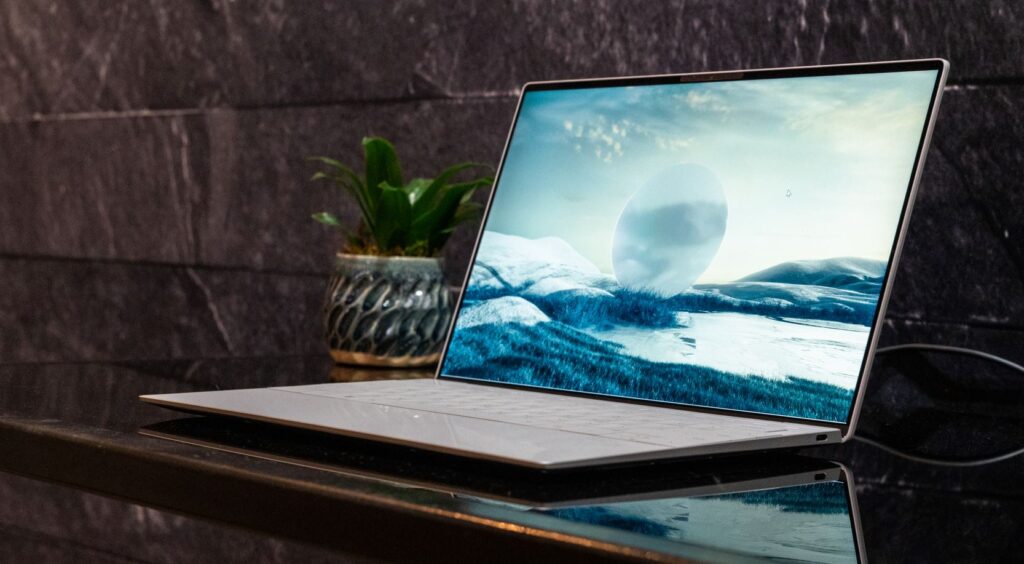 When it arrives later in 2022, Dell will ship the XPS 13 Plus in either a whitish Platinum or a darker Graphite with prices starting from US$1,200 which is about RM5,050.