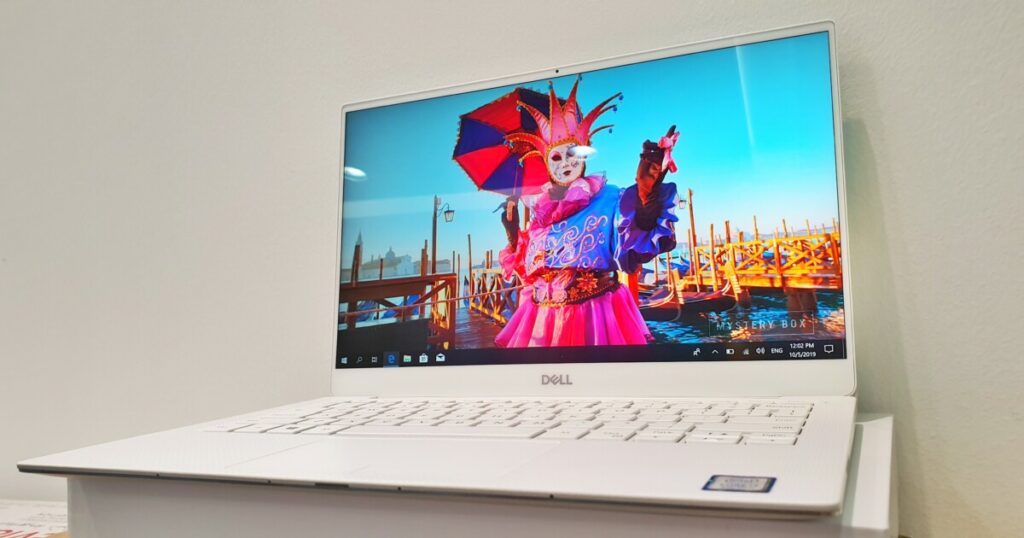 Among discerning notebook aficionados and grizzled road warriors, the Dell XPS 13 series of ultrabooks is treated with a certain amount of reverence. Instead of taking shortcuts, Dell has lavished their latest heir to their premier ultrabook line dubbed the Dell XPS 13 9380 with their best hardware and a standard of craftsmanship that would not be out of place from a luxury limousine.

Originally unveiled earlier in January at CES 2019, the Dell’s XPS 13 9380 comes with several welcome changes in terms of its design on top of an all-around refit of its specifications. Rather than radical modifications, Dell has kept things tasteful and refined, with a series of subtle improvements while keeping to the same exceptional standards of engineering that the XPS series is known for. 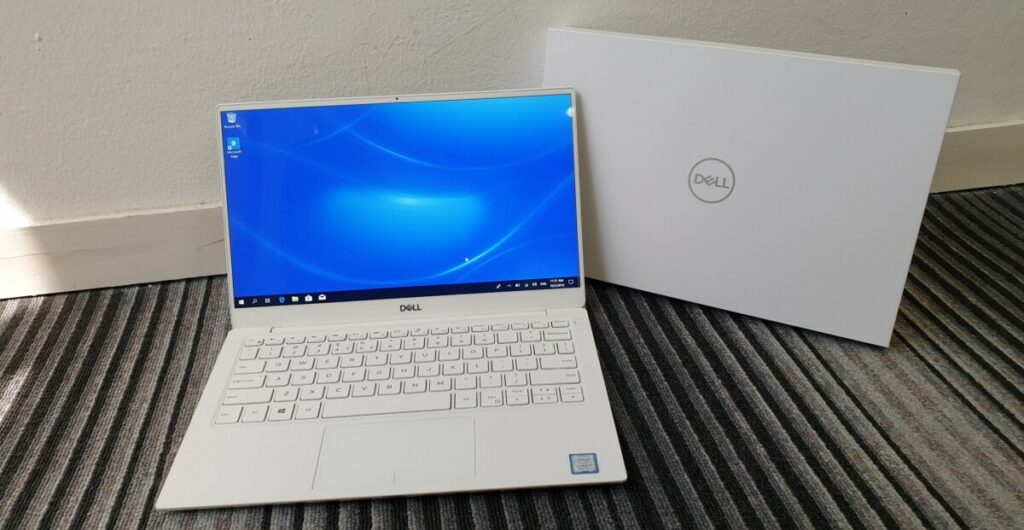 Almost every detail has been factored into its design of the XPS 13 series to make it one of the most desirable ultrabooks on the planet short of hardware from Cupertino. The chassis itself is hewn from a single block of aluminium for sturdiness and recent models, such as last year’s 9370 and this year’s successor, the Dell XPS 9380 incorporate carbon fiber weave into their palmrests for weight savings and a measure of style.

Since its inception, the XPS 13 has been the quintessential paragon for a Windows ultraportable, the standard by which almost every other aspiring notebook in the class measures up against. Almost every aspect of its design has been considered, refined and then optimised to make it one of the best ultraportables that money can buy in both form and function, making it the go-to for digital nomads to the corporate elite alike. 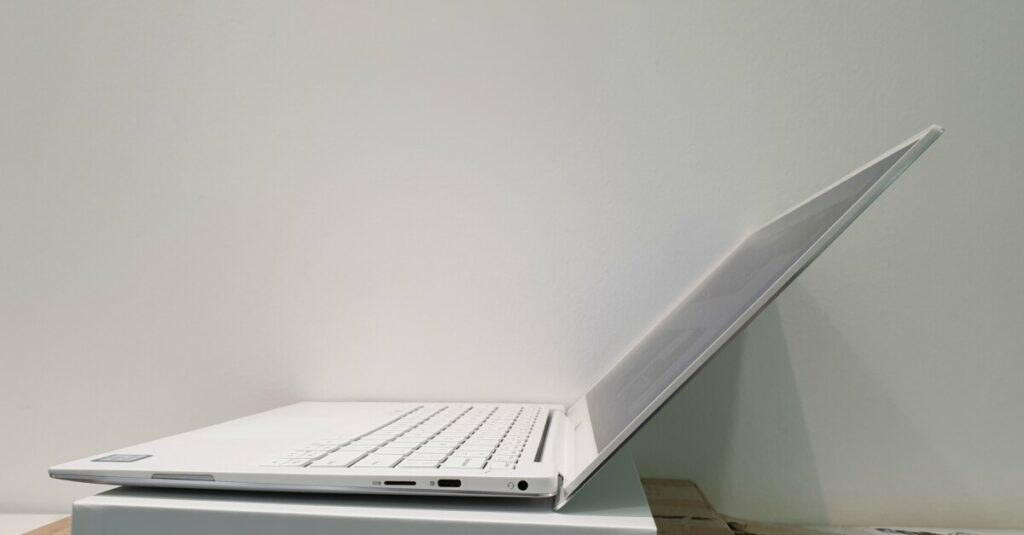 Granted, there was a bit of a minor misstep last year when they oriented the selfie camera down towards the base of the display, which resulted in video calls showing people’s noses more than anything else but in the 2019 incarnation of the XPS 13, dubbed the 9380 model, they’ve resolved that handily and quite a bit more besides while building on the legacy that the XPS 13 has built for itself. 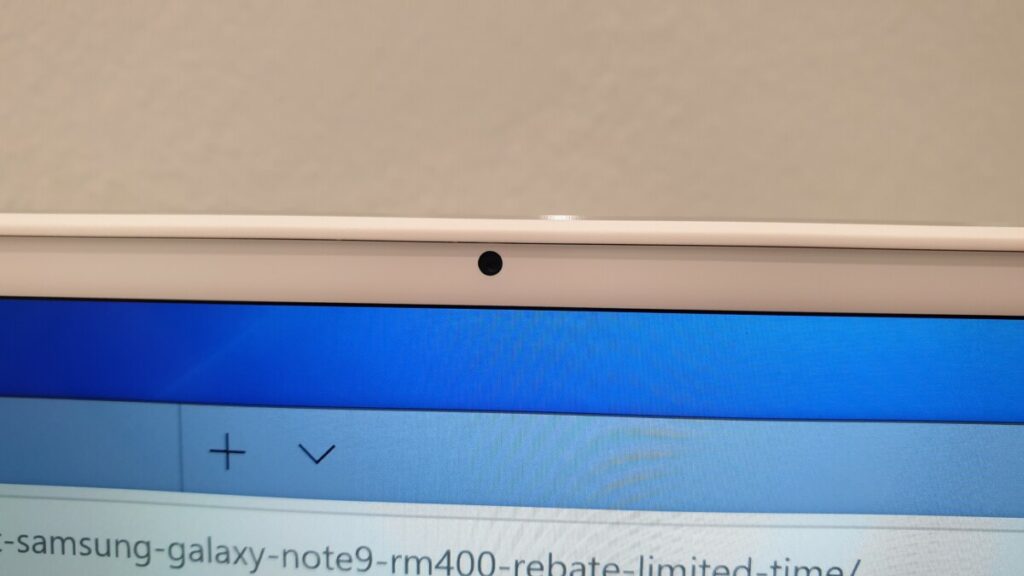 For starters, they’ve realigned the selfie camera, which uses their new ultra compact 2.5mm diameter 720p camera models back where it’s supposed to be – up top above the Infinity Edge display. 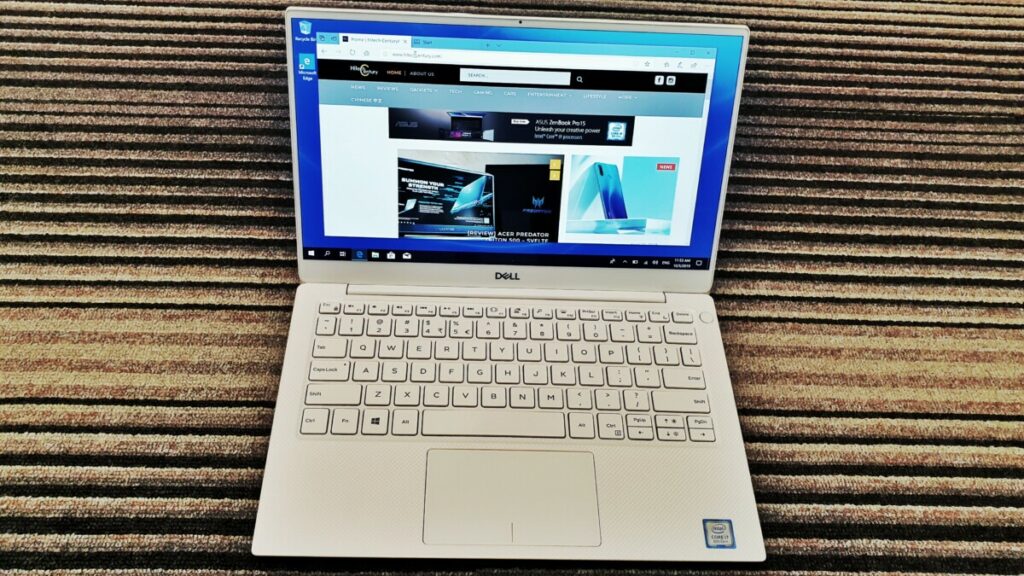 In terms of dimensions, both the new XPS 13 9380 and its immediate predecessor the XPS 13 9370 both weigh 1.25kg and are 11.6mm thin with a chassis hewn from a single block of aluminium for strength along with generous helpings of carbon fibre for the palm rest. Detractors have mentioned that older generations of the XPS 13 with carbon fiber palmrests were prone to discolouration over time but according too Dell, the latest generation XPS 13 benefits from an enhanced UV and stain-resistant coating that means it’ll remain in the same pristine fashion for years to come. 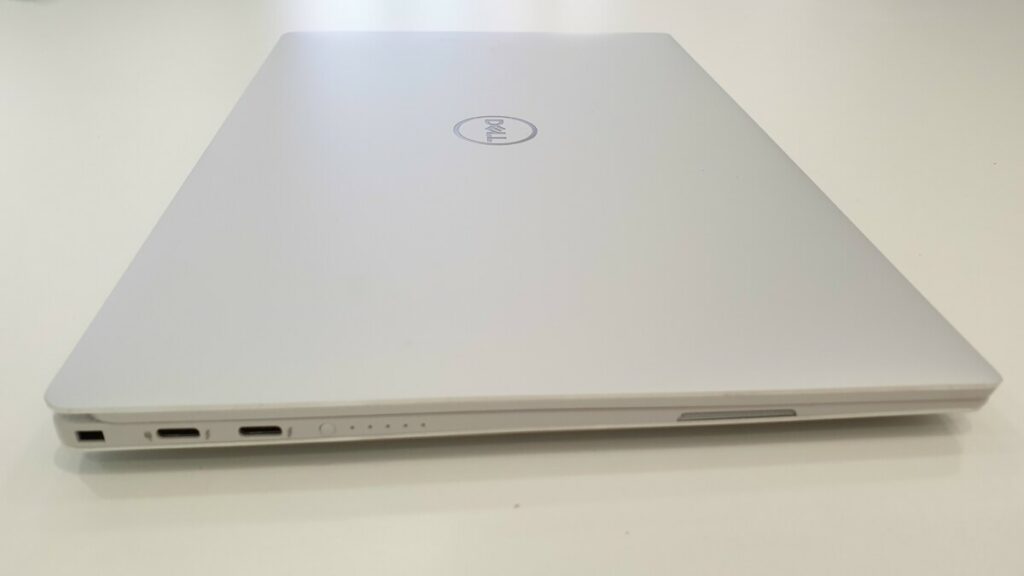 Of particular interest is that the XPS 13 is sized just right for those dinky fold-down airplane tray tables in planes so if you are wont to fly the friendly skies and are looking to get some work done in the air, the XPS 13 is likely your best bet.

Belying its pedigree, the XPS 13 9380 came in a remarkably plain cardboard box with the Dell logo emblazoned on the top. Unboxing it revealed the notebook itself along with its compact power brick that’s smaller than a man’s fist and which can charge the notebook via any of its three USB Type-C ports. It also ships with a dongle in case you need to access USB Type-A hardware. 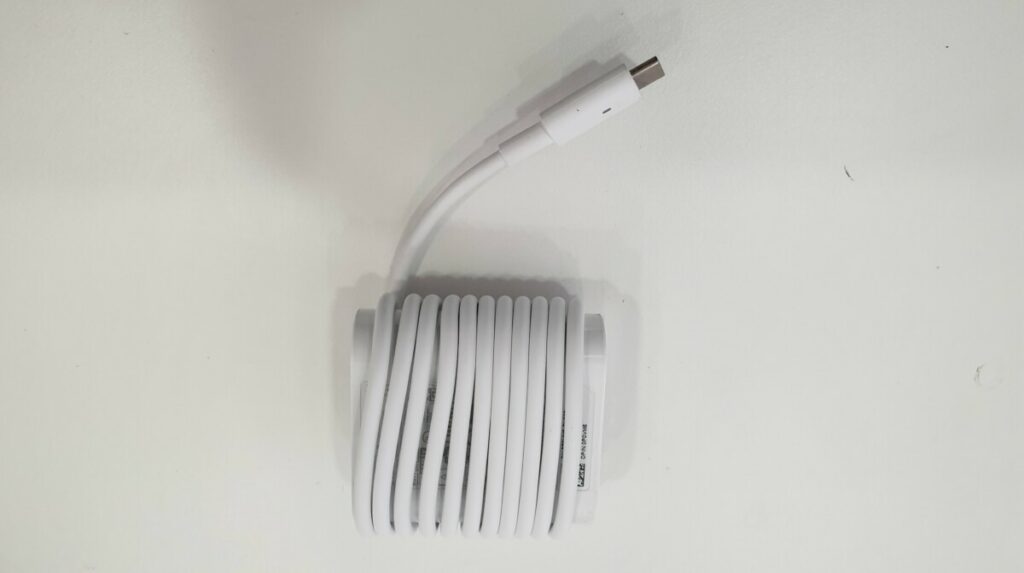 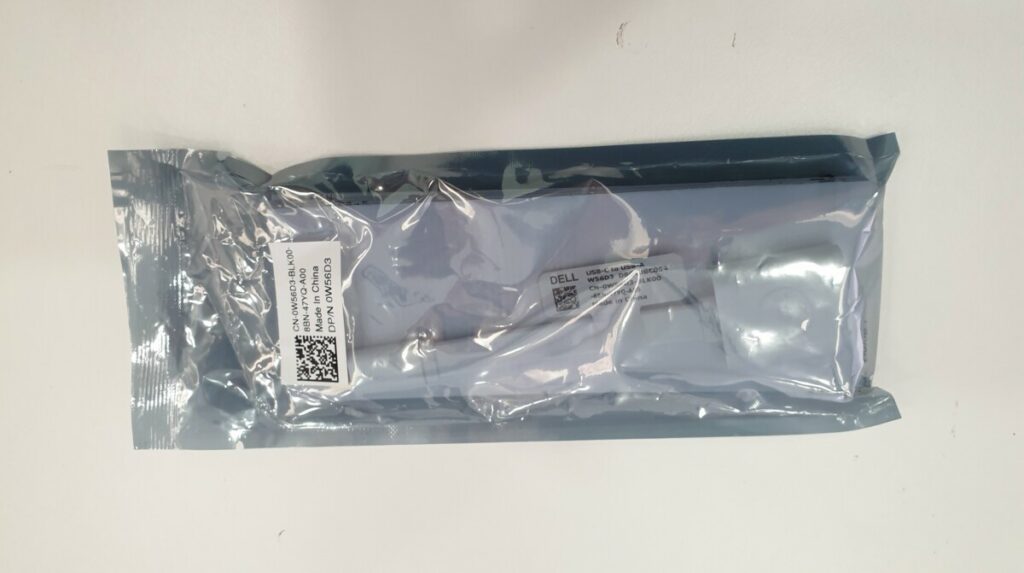 Removing it from the packaging revealed a exquisitely crafted notebook that screams quality out of every iota of its chassis. The aluminium chassis gives it a beautiful heft and feel that cheaper,n more plasticky notebooks lack while the fittings between the hinges and every part are precisely fitted to the point that not even a piece of paper can be wedged between them. 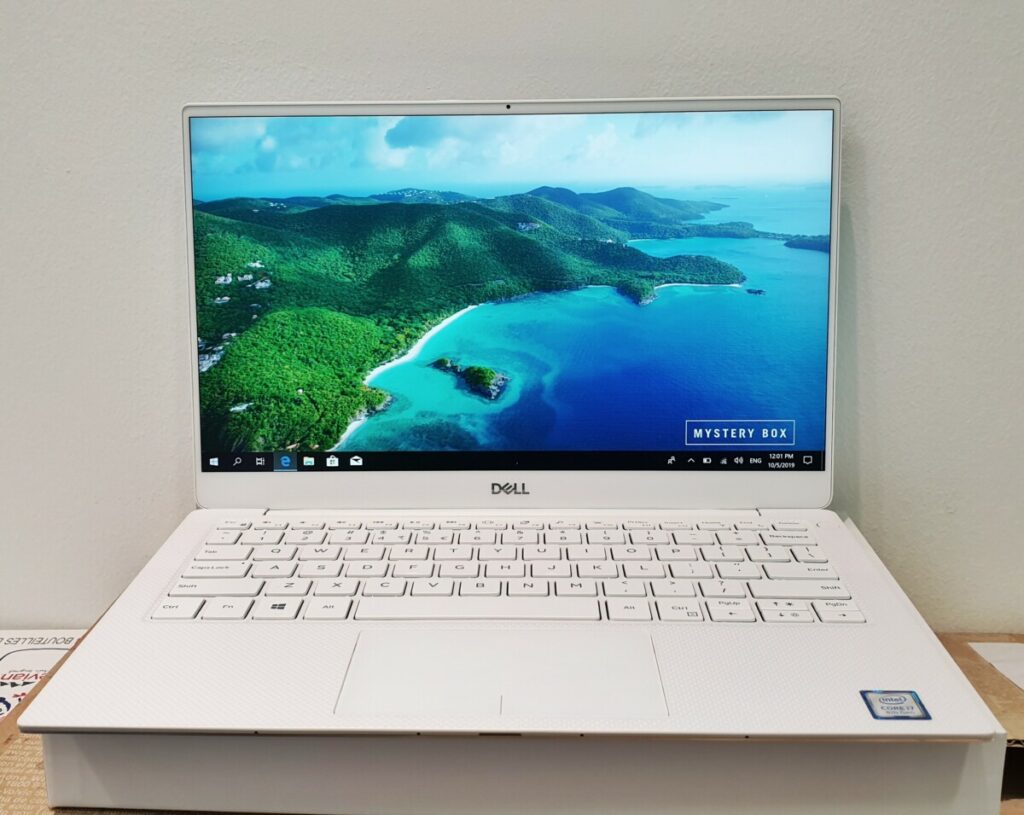 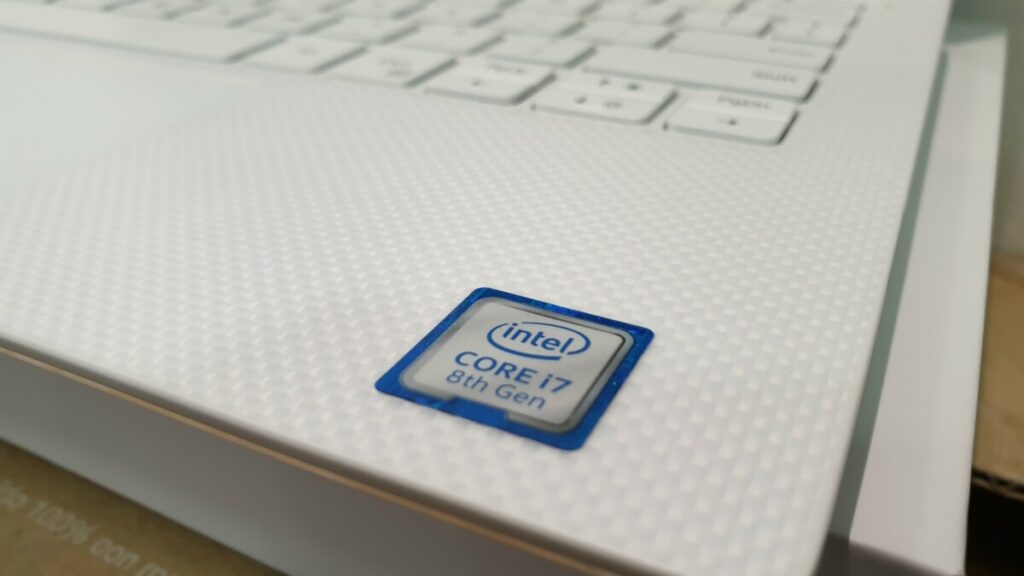 In effect, what you get is a paler matte white finish on the top lid and underside of the new XPS 13 9380 that’s paler than your usual silvery looking brushed aluminium that looks distinctive indeed. This matches extremely well with the Arctic White carbon fibre hued palmrests which feature a subtle diamond-shaped texture to add additional tactility. Befitting Dell’s premier ultraportable, the most powerful variant of the Dell XPS 13 9380 is an exceptionally premium package in almost every way. 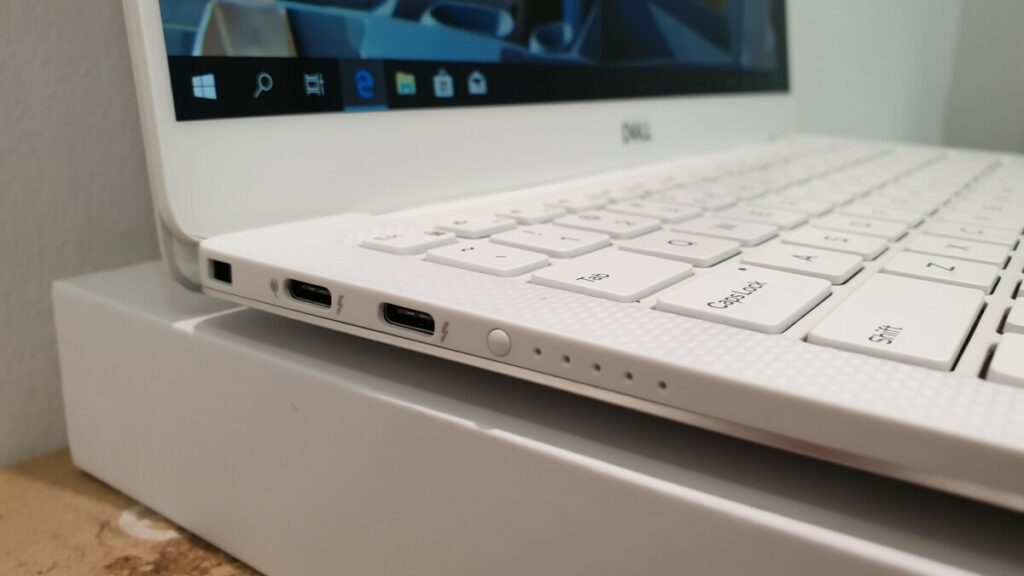 In terms of connectivity, the Dell XPS 13 9380 comes with a trio of USB Type-C ports and a microSD card reader. Fortunately, you still have a USB-C to USB-A dongle thrown in free with the box in case you need to read the odd hard drive or flash drive. The left side sports a Noble lock with two USB Type-C ports, both of which support Thunderbolt 3 so you can output your feed to two external monitors. In keeping with their emphasis on being the eminent ultrabook in the game, the XPS 13 has a rather unusual feature also on its left side – a handy power indicator that lets you tell how much juice is left at a glance without having to power the notebook on. The right side sports the microSD card reader, a 3.5mm audio jack and a single USB Type-C port. 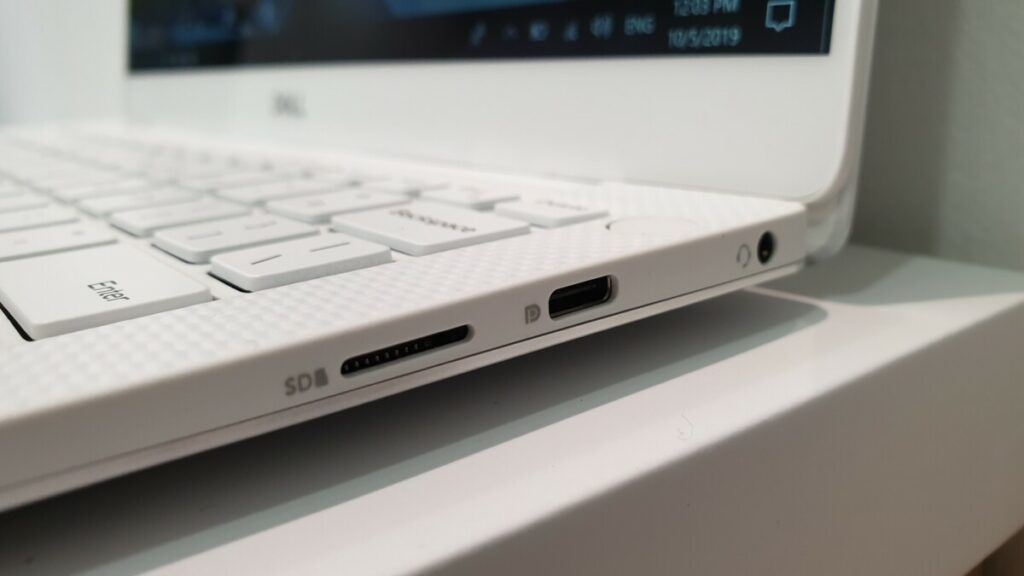 Flanking both sides of the XPS 13 9380 are a pair of silvery grilles for the side-firing stereo speakers tuned by Maxx Audio.

Flipping the top lid open was an effortless affair accomplished with just a finger though there’s some friction in the hinge such that you can push it most of the way but you’ll need a second hand to finally adjust the panel into position. 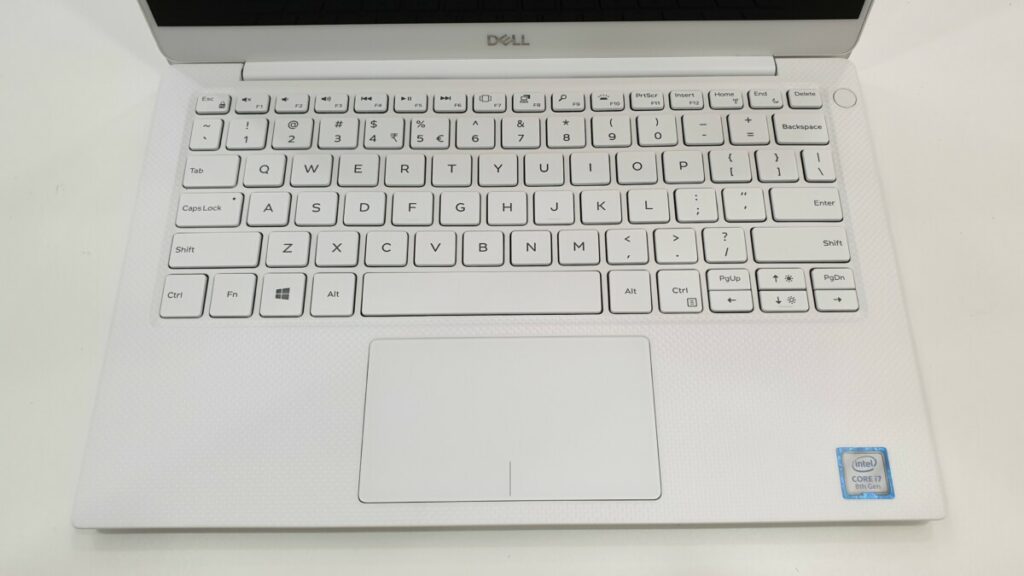 The keyboard itself is a white backlit keyboard with a compact form factor which lacks a numeric keypad but which still retains a direction pad. The trackpad itself is sheathed in glass for a smoother glide while all around it and the keyboard is their vaunted carbon fibre surface that repels fingerprints with the Arctic White finish looking rather posh. 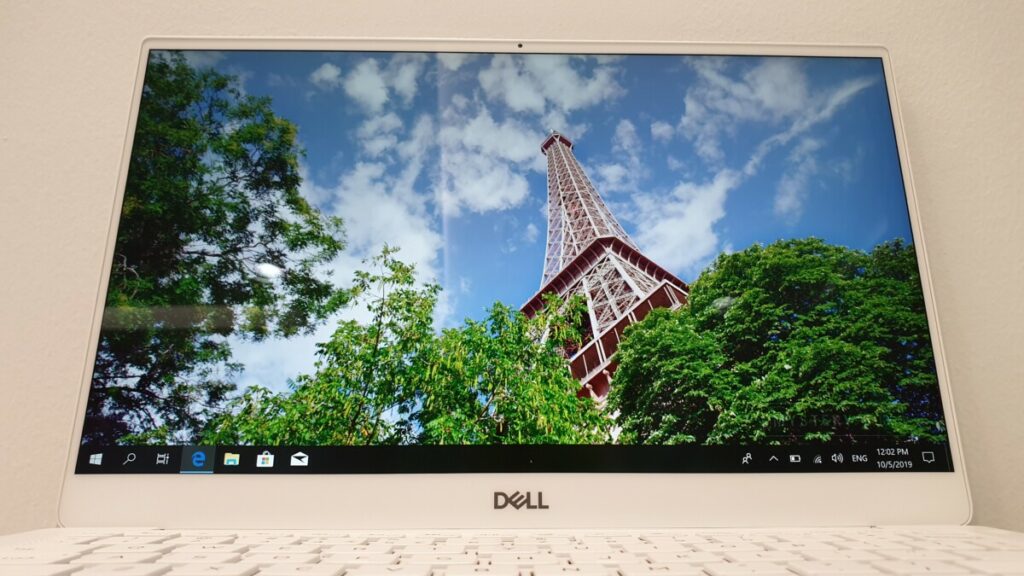 For Malaysia, Dell offers the XPS 13 in a variety of configurations starting from RM5,709 for the variant with 13.3-inch Full HD InfinityEdge display, an Intel Core 8th gen i5-8265U processor, 8GB RAM, Intel UHD Graphics 620 and a 256GB M.2 PCIe NVME SSD. In the case of our test unit, it comes with everything dialled to maximum along with an exclusive frost machined aluminium paint job and palm rests done up in Arctic White.

You also have a choice of eight possible configurations that let you tweak the colour, display from 1080P to a luscious 4K OLED touchscreen, the processor from an 8th gen Intel Core i5 to a Core i7, RAM from 8GB to 16GB and the available storage anywhere from a 256GB to a 512GB PCIE M.2 SSD. 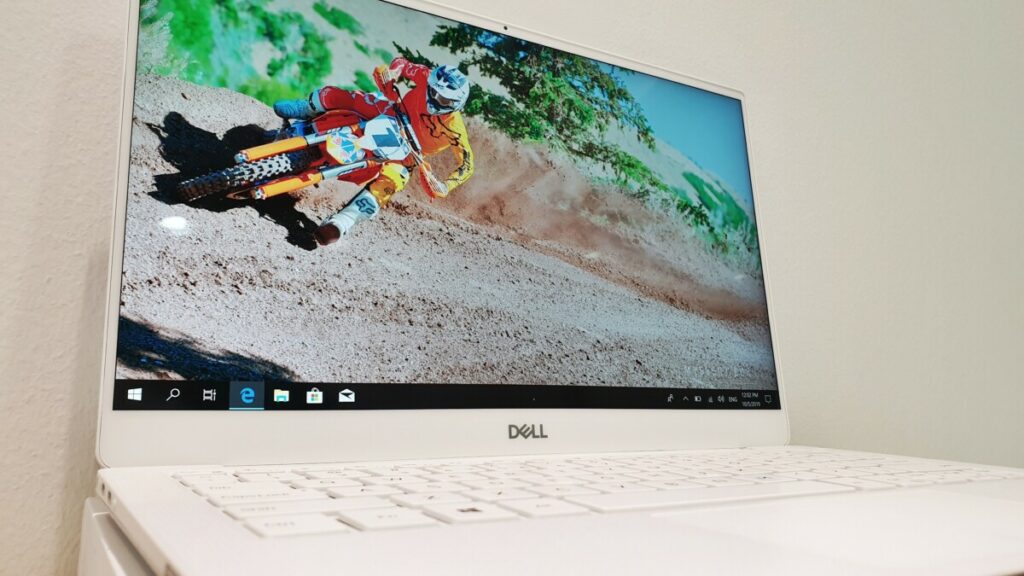 For RM8,369, Dell has thrown in almost everything except the kitchen sink for their most powerful variant of the XPS 13 as you get a 13.3-inch InfinityEdge 4K UHD touch screen, an 8th generation Intel Core i7-8565U processor, 16GB RAM, Intel UHD Graphics 620 and a generously sized 512GB M.2 PCIE NVME SSD. These are the specifications available in our test unit which were impressive indeed. Stay tuned for the full review later! To check out the Dell XPS 13 9380, swing by Dell’s official website here.