Launched earlier this year, the Dell Precision 3540 mobile workstation is an interesting entry-level workstation intended for cost conscious businesses and users. It’s an interesting compromise and Dell attempts to meet that challenge with an unusual array of specifications that blend an 8th gen Intel Core processor and an AMD Radeon Pro W2100 GPU.

At the other end of the scale, the notebook can go all the way down to a 15.6-inch 720P display and an Intel Core i5-8265U processor with Intel UHD 620 internal graphics. The Precision 3541 can also be optionally installed with Red Hat or Ubuntu. 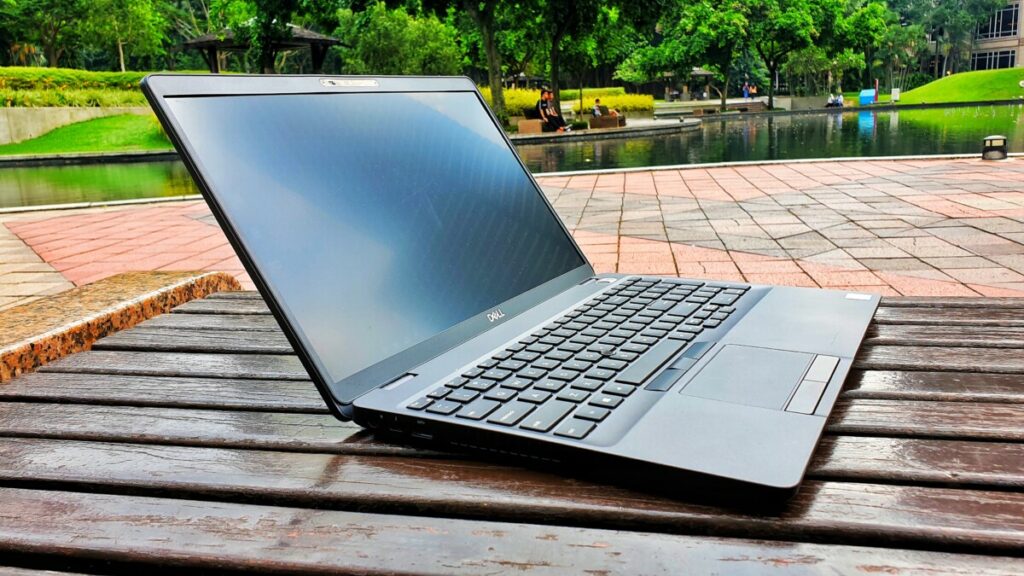 In the case of our test unit, it had hardware just slightly above the baseline configuration. Our specific variant came with an Intel Core i5-8365U 1.6GHz processor running Windows 10 Pro, 16GB of DDR4 RAM, the AMD Radeon Pro WX2100 graphics card with 2GB VRAM and an M.2 256GB SATA III SSD.

Externally the Precision 3540 comes in a rather nondescript matte black finish all around that is bereft of any embellishments save for the Dell logo on the top lid and on the bottom bezel of the display. Seeing as its intended primarily for corporate use, its emphasis on a more utilitarian outlook fits right in with its intended target market.

Fortunately what the Dell Precision 3540 lacks in terms of good looks it makes up for in sturdiness and functionality. The Precision 3540 is sturdily built, with rock solid if somewhat stiff hinges and no play or give in the top lid. 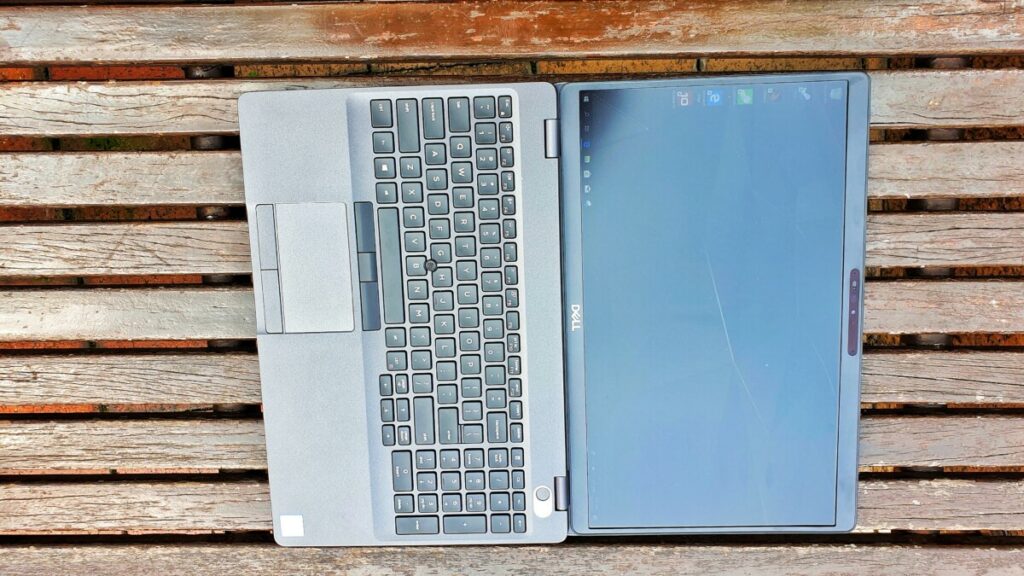 The keyboard is backlit in a non offensive shade of white and features the works. You get a full sized numeric keypad, a touchpad with two physical buttons that correspond to the left and right mouse buttons and a nifty pointing stick emplaced smack dab between the letters G, H and B along with an additional set of left and right mouse buttons inset just below the spacebar and above the touchpad.

This makes this perhaps the first notebook we’ve ever encountered, and we’ve seen plenty, that has not one but two mouse interactive devices built into it. The notebook also sports a power button that doubles as a fingerprint reader in the upper right corner.

In terms of ports, the Precision 3540 has quite a comprehensive selection that covers most scenarios. On the right side you get an RJ45 Ethernet port, a HDMI port, a pair of USB 3.1 ports, a microSD card reader and a headphone jack. You also get a security lock slot in case you need to keep it secured. 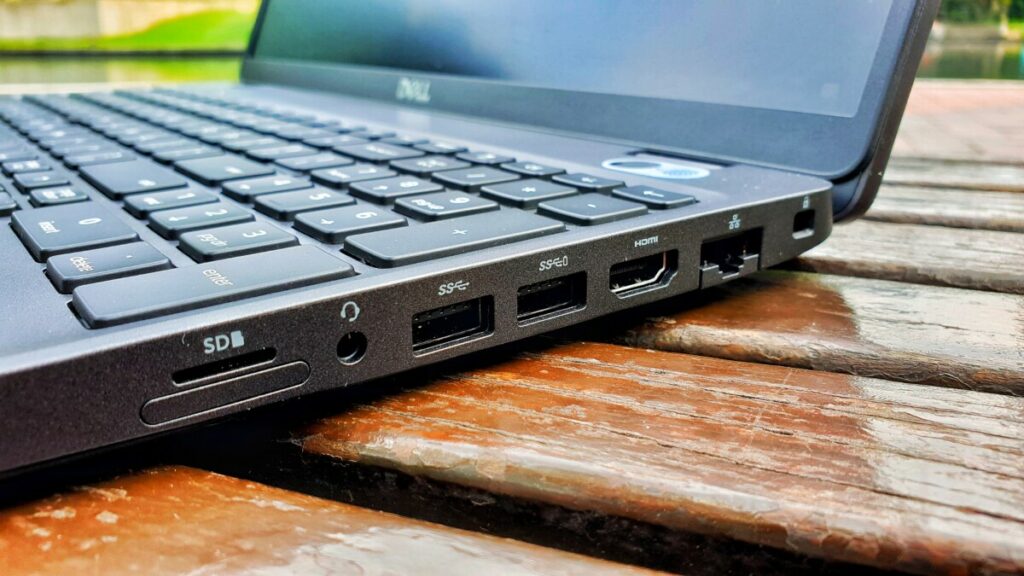 The left side of the notebook comes with a Thunderbolt 3 port, a USB 3.0 port and a rounded port for the power jack. Optionally, the notebook can be retrofitted with an optional smart card reader and other enterprise related authentication kit upon ordering. 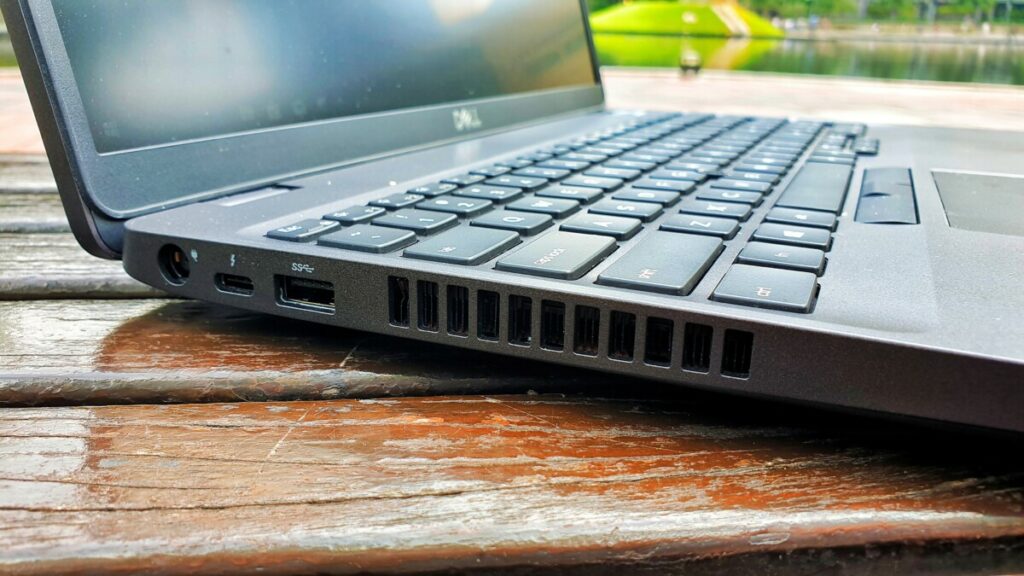 The 15.6-inch 1080P display has fairly thin bezels and the top 720P webcam actually has a built-in slider too for users concerned with privacy with the camera doing double duty for facial recognition unlocking.

As a mobile workstation, the Dell Precision 3540 doesn’t quite conform to the usual benchmarks for ultrabooks, gaming rigs and other more common hardware available for sale though it does give an indicator how it would theoretically stack up to a mainstream rig.

In the Unigine Superposition benchmark, which maxed out at 1080P Medium settings, it got a score of 1,607 points. To be fair, the Precision 3540 is not intended for gaming but it’s easily capable of tackling most spreadsheets and datasets. The hardware on offer means it should easily handle 2D CAD and basic 3D rendering in a pinch. 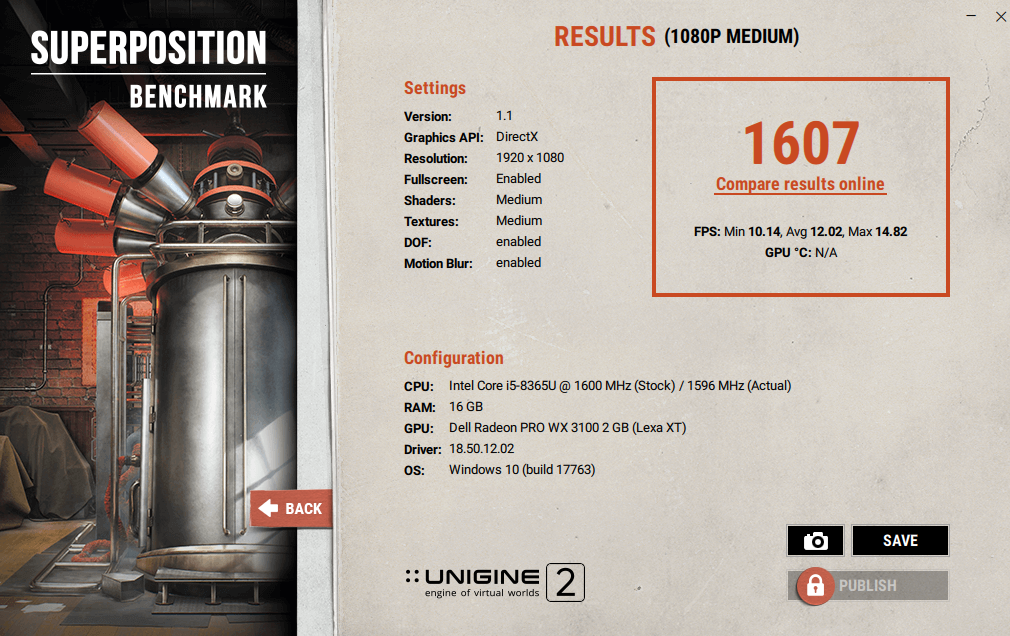 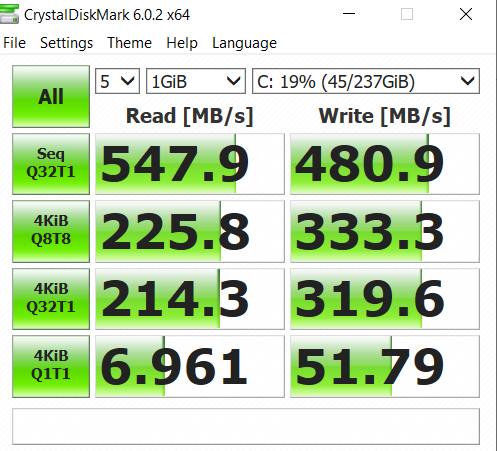 A more accurate representation of the Precision 3540’s capabilities at number and pixel crunching is via the SPECviewperf 13 benchmark which is specifically designed for workstations and tests capabilities across a number of popular scenarios and applications including 3DS Max, Catio and Creo.

In this regard, it had a composite frame rate of 19.58fps in 3DS Max and about 33.07fps in Catio and 16.45fps in Creo which are fair results seeing its processor and GPU though it is naturally outgunned by better specced and pricier workstations. 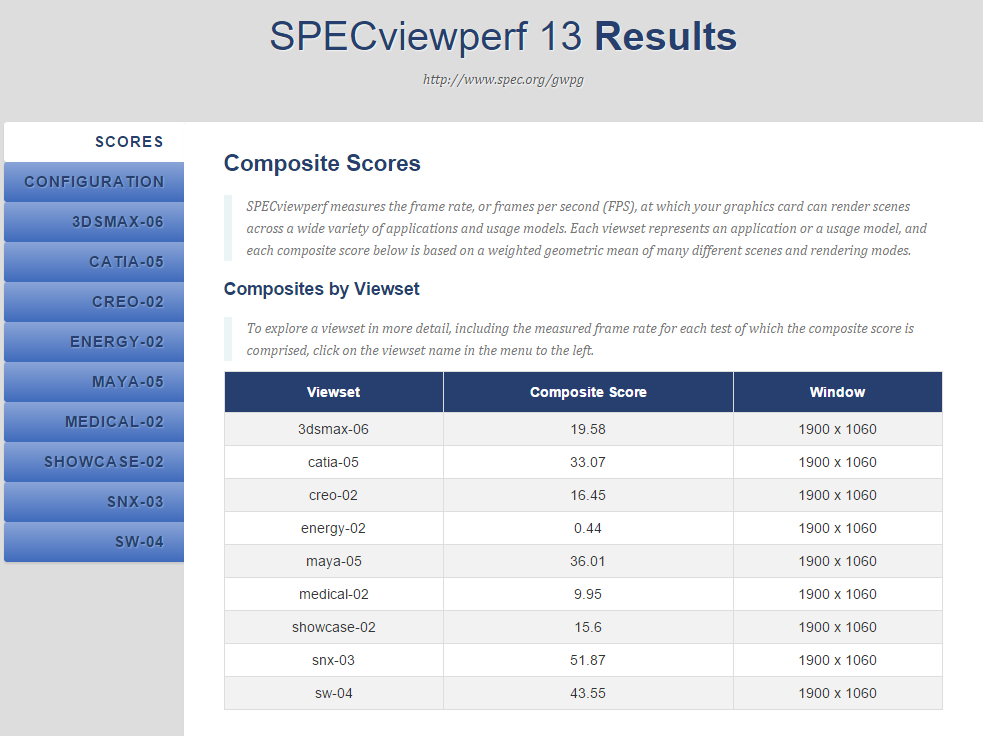 One particular feature that the Precision 3540 has unique unto itself and other Dell Precision Workstations is the inclusion of their Dell Precision Optimiser software that relies on machine learning and AI to optimise settings for a preset list of rendering and engineering apps like Maxon’s Cinema 4D, Adobe Premiere Pro and Photoshop, PTC’s Creo, Autodesk’s AutoCAD and Inventor and the like.

Out of the box, you’ll get the standard license for Dell Precision Optimiser so you’ll have to fork out extra if you want the Premium license which uses AI to dynamically optimise any application though we weren’t able to detect any tangible difference in performance, presumably because of the modest specifications of the Precision 3540 though you’ll likely yield better results with higher powered Dell workstations.

The matte display is serviceable and sufficiently bright enough for indoor use with fair viewing angles and decent contrast with the ability to display 72% of the colour gamut. It also comes with Dell’s Premier Color app that allows you to finetune the colour settings to taste. The screen brightness was acceptable though the panel with our test unit was too dim for use under daylight conditions. This isn’t a major quibble as it is primarily intended for indoor use anyway.

The provided keyboard proved to be one of the better features of the notebook with its fairly generous key spacing and key travel allowing for fairly fast typing speeds in a comfortable fashion with us averaging about 110wpm. The addition of a pointing stick and a touchpad seems a tad redundant but we’re not one to quibble as both have their use cases.


In terms of endurance, the Precision 3540 and its 68Whr battery lasted a good eight or so hours with the screen set to less than 50% brightness, with WiFi on and performing a modest range of productivity tasks like email, word processing and the like along with a bit of more serious video editing work.

As it stands, the Precision 3540 is a rather unusual proposition. It’s affordable as workstations go but a lofty price tag usually isn’t a concern for someone who is already shopping for a workstation. 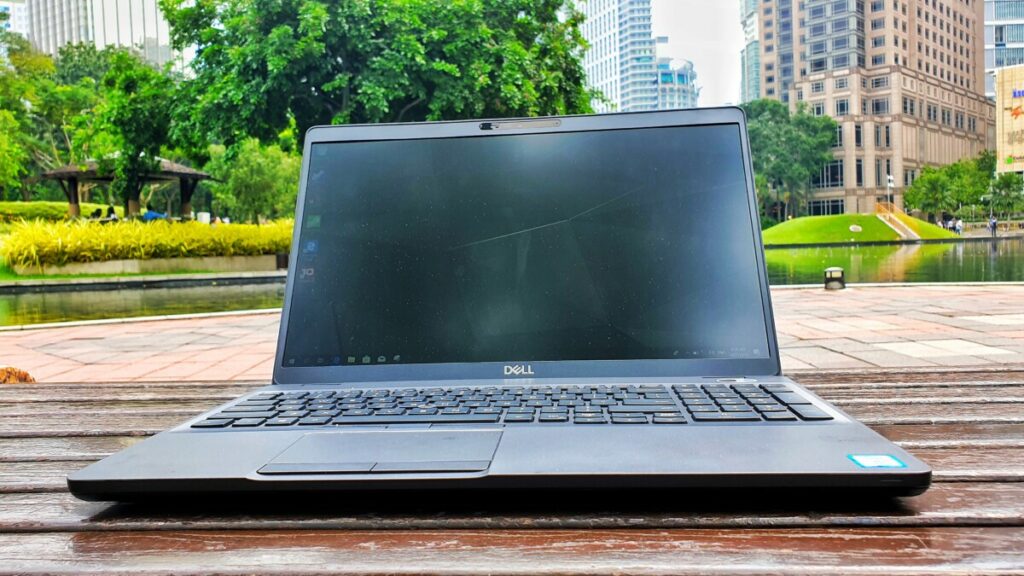 Dell’s next step up on the totem pole is the powerful Precision 3541 that can come with NVIDIA Quadro GPUs and 9th gen Intel Core or Xeon CPUs along with its more capable 5000 and 7000 series workstations, though all of these options also require you to have much deeper pockets.

On the performance front, it’s also unfair to compare it to pricier work stations that cost loads more dosh but for what you pay for in the Precision 3540, you get a relatively portable workstation with a decent keyboard, a generous array of ports and just enough performance under the hood to tackle lower end rendering and CAD tasks without keeling over.

What we liked Generous array of ports, good keyboard
What we didn’t Chunky and plasticky build, display options limited to maximum of 1080P
We say The Dell Precision 3540 is an entry-level 15.6-inch sized workstation that represents a viable option for those on a budget looking to acquire a workstation suitable for crunching basic datasets, 2D CAD and the like.