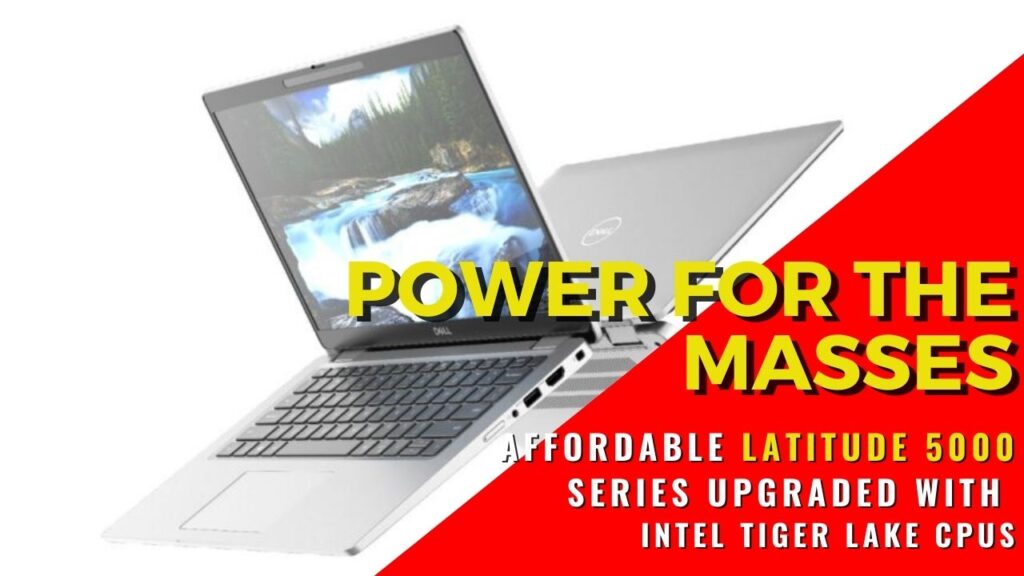 Alongside the premium Latitude 9420 and mid-tier Latitude 7000 series, Dell also unveiled their more affordable Latitude 5000 series that consists of three models – the Latitude 5520, 5420 and 5320 laptops along with a Latitude 5320 2-in-1 convertible at an online preview ahead of CES 2021.

Intended as a more affordable option versus the other Latitudes, the Latitude 5000 series laptops still come with 11th Gen Intel Core processors up to an i7 vPro paired with Iris Xe graphics like their higher end 7000 and 9000 series siblings. All of them come in traditional laptop form factors though the smallest, the Latitude 5320 also has a 2-in-1 variant with a touchscreen.

The Latitude 5520 laptop is the highest end and largest version in the series with up to a 15.6-inch UHD non-touch display with 100% sRGB colour gamut and up to an 11th Gen Intel Core i7 vPro CPU paired with the notable addition of an NVIDIA GeForce MX450 graphics card for additional pixel crunching grunt. You can also get up to 64GB DDR4 3,200MHz RAM and up to a 2TB SSD for storage.

For the Latitude 5320, Dell offers it in both 2-in-1 convertible and conventional laptop form factors. The specifications are almost the same for both with up to an Intel Core i7 vPro processor, up to 32GB DDR4 3,200MHz RAM and up to a 2TB SSD with both versions coming with 13.3-inch Full HD touchscreen options.

Security options are robust even though they’re considered the more affordable of the Latitude range with optional smartcard readers, fingerprint readers and optional IR Express SignIn cameras to unlock your Latitude with your mug.

Prices are unconfirmed at press time but according to Dell  they will be available in the States from 12th January 2021 onwards. Stay tuned for more details.

Dell has just confirmed that out of the announced models, what has been confirmed is that the Latitude 5420 will be making its way to Malaysia in January 2021 though no official price has been announced as yet.