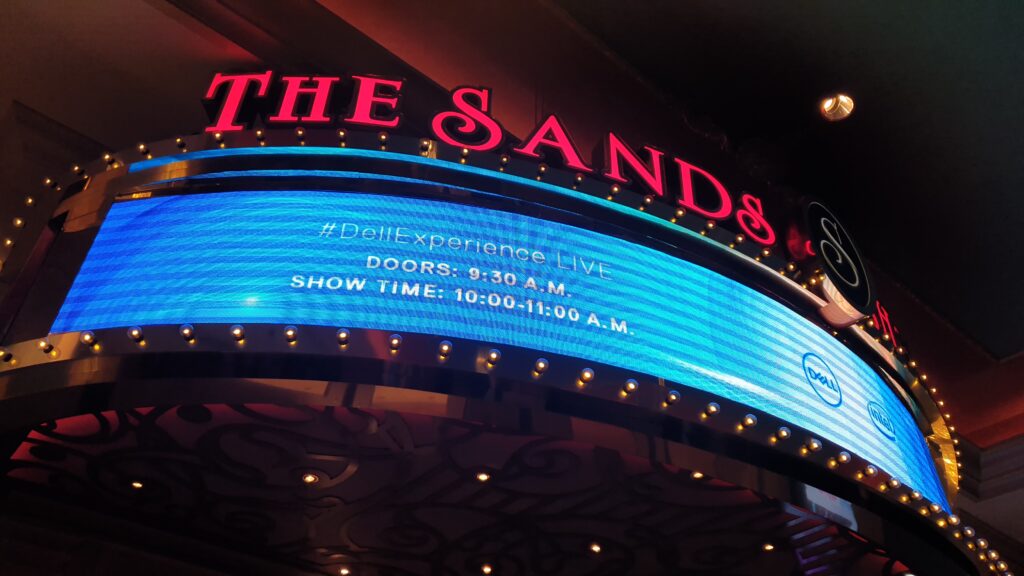 The Consumer Electronics Show in Las Vegas is an annual affair that showcases the most powerful, most innovative consumer tech on the planet that will arrive over the course of the year. At the CES 2020 Dell Experience LIVE showcase, the brand took the wraps off the latest generation of notebooks for both consumer and corporate customers. 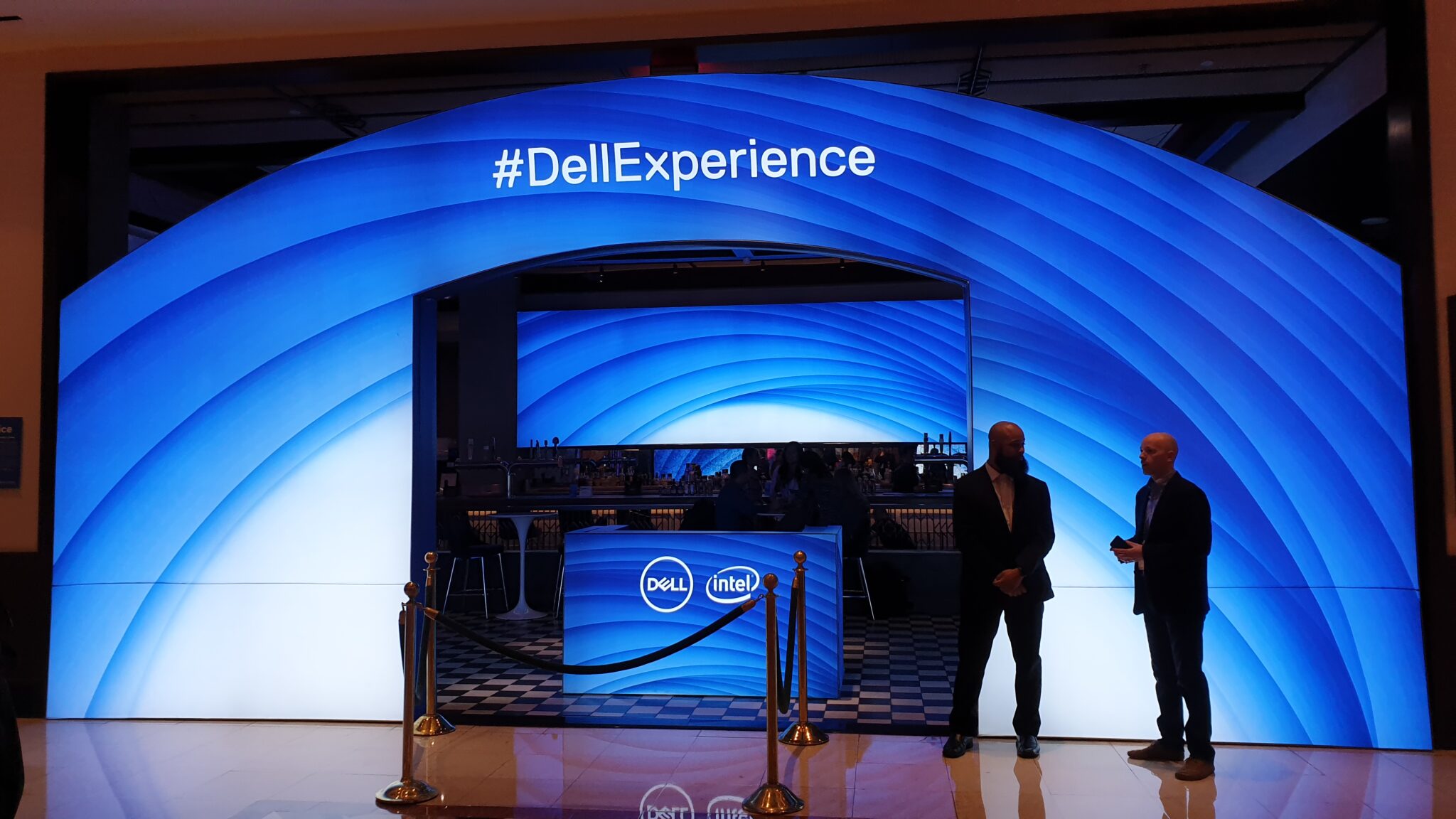 At the CES 2020 Dell Experience LIVE in Las Vegas, Dell unveiled their new remastered XPS 13 9300 for 2020, the first of a new generation of Latitude notebooks in the form of the ultra-premium Latitude 9510 2-in-1, a new Dell UltraSharp USB-C display that comes in 43-inch and 27-inch sizes, a humongous 86K 4K interactive monitor, the new Dell G5 15 Special Edition that features the latest third generation AMD Ryzen 4000 Renoir-H CPUs and Radeon RX6500M graphics as well as a slew of refinements to their Dell Mobile Connect and Dell Cinema Guide software. Here’s how they all stack up in broad strokes. Stay tuned for more in-depth detailed features where we get up close and look at each of Dell’s latest innovations up close.

We’ve just gotten the latest updates from Dell Malaysia in regards to local availability and launch dates for all the new hardware and software that was launched at CES 2020.

The biggest takeaway is that the Dell XPS 13 is slated to arrive this coming February 2020 with prices from RM5,699 and up. The Dell Alienware 25 Gaming monitor will retail for RM2,099 in March and the prices for Dell’s UltraSharp monitors start from RM2,499 for the 25 USB-C U2520Q monitor with availability for the whole range starting this month. 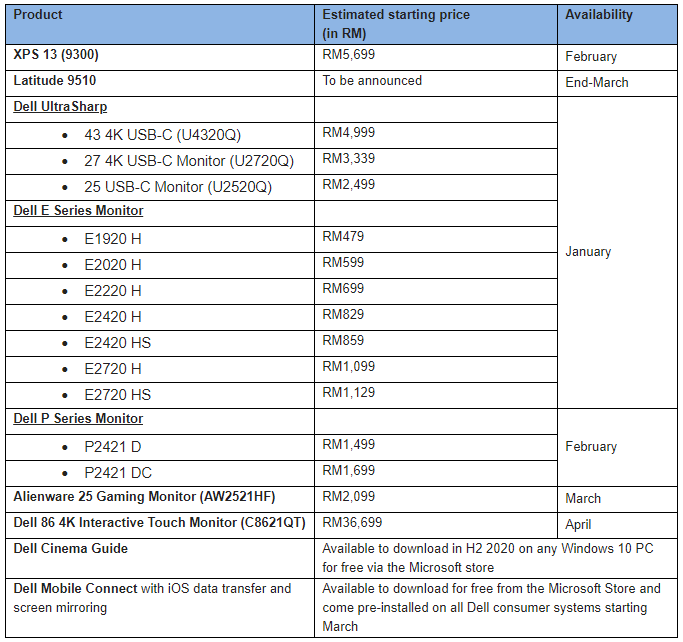 Intended as the first of a new generation of 9000-series notebooks, the Dell Latitude 9510 laptop comes in a traditional notebook form factor and as a 2-in-1 convertible that can change from a slate to a notebook as needed. 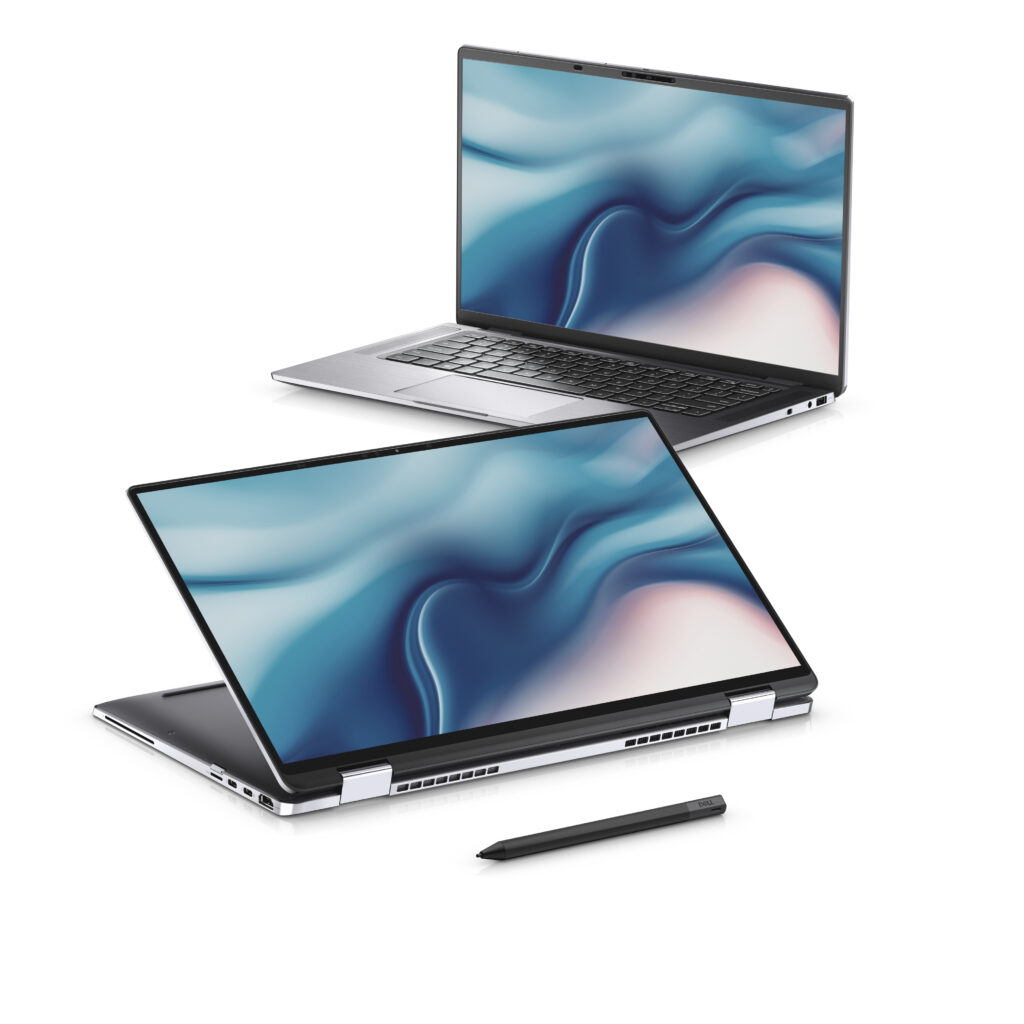 The new Dell Latitude 9510 was designed for mobile professionals and to that end features some of their best engineering to make it one of Dell’s slimmest and lightest notebooks ever with a chassis hewn of metal and glass that measures in at about 2.04kg.

Depending on region, the Dell Latitude 9510 notebook and 2-in-1 convertibles will feature 5G connectivity as well as WiFi 6 support, the latest 10th Gen Intel processors and a 15-inch Infinity Edge display in a 14-inch form factor. Other mod-cons include a rated 30 hours of battery life  as well as the inclusion of 4 noise-cancelling microphones to ensure superb conference and video calls.

At the Dell Experience showcase, they also emphasised a refined and enhanced version of their Dell Optimiser software that will be preinstalled on their new generation of notebooks including the Latitude 9510 series that will use machine learning to optimise performance and enhance battery life. There’s no word on launch date or availability in Malaysia but we’ll keep you posted. For more details check out in-depth feature on the Latitude 9510 here.

Dell’s latest successor to the venerable lineage intends to kick things up by several notches over its 2019 predecessor with a larger display while retaining the same slim form factor that can fit onto an airline fold-out food tray. Something that has come in inestimably handy for those desiring performance and portability. 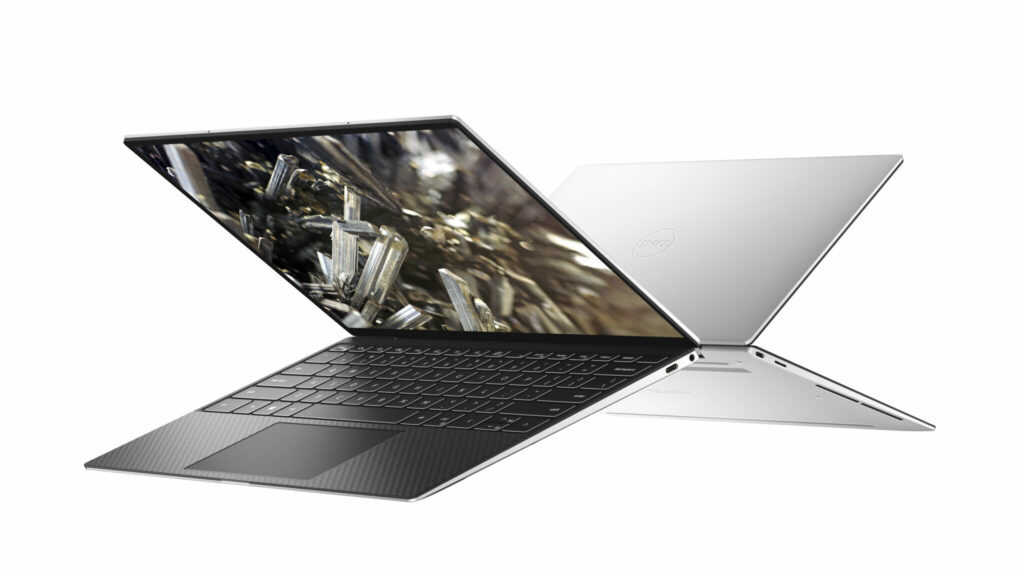 The improved Dell XPS 13 9300 for 2020 has a 91.5% screen-to-body ratio on account of the slimmer bezels for its Infinity Edge display that is 6.8% bigger than its 2019 predecessor. Screen options will include a 1080P variant, a 1080P with touch and a full-on top-of-the-line 4K UHD variant with touch capability.

Much like its predecessor, the new XPS 13 will have a tiny 2mm sized camera akin to the one that debuted on last year’s XPS 13 2-in-1 in the traditional center-top position on the display though this time around, the notebook has Windows Hello support which makes logging in a lot easier.

Other enhancementsnew  seen at the Dell Experience showcase at 2020 for the XPS 13 include a larger keyboard that now almost reaches edge-to-edge and which features rubber domes that offer 1.0mm key travel. Even the touchpad itself has been enlarged for easier use and is 17% larger than the older model. To keep it cool, the XPS 13 will have a dual-fan cooling design with heat pipes throughout the chassis much like the older model though refinements in metallurgy and design will see it being slimmer and more slightly more powerful.

Under the hood, the XPS 13 will come with the latest 10th generation Intel processors and it will feature 19 hours of battery life, depending on configuration and usage. There’s no word on pricing or availability in Malaysia but we’ll keep you posted. For a closer look at the Dell XPS 13 9300 swing by our in-depth feature here.

Dell’s UltraSharp 43 4K USB-C monitor has the distinction of being the world’s first height adjustable 42-inch 4K resolution monitor for ergonomic comfort and is intended for professionals who need large displays with the ability to accept 4 separate feeds and view them all simultaneously onscreen. The large panel is able to reduce blue light emissions onscreen by up to 60% for extended viewing comfort and is juiced by a USB-C port with up to 90W of power.

The smaller Dell UltraSharp 28 4K USB-C display is made for creators with the 27-inch panel offering 4K resolution with VESADisplay HDR 400 as well as 99% sRGB, 99% Rec. 709 and 95% DCI-P3 colour gamut support. A slightly smaller 25-inch QHD resolution variant also exists. Again, no prices or launch dates for either version but we’ll let you know once we do get one.

Embellished with Alienware’s distinctive logo, the Alienware 25 Gaming Monitor is a Full HD setup that has a 240Hz refresh rate, a fast 1ms response time, 99% sRGB coverage as well as excellent viewability across all angles and was designed with input from the Team Liquid eSports gaming team. 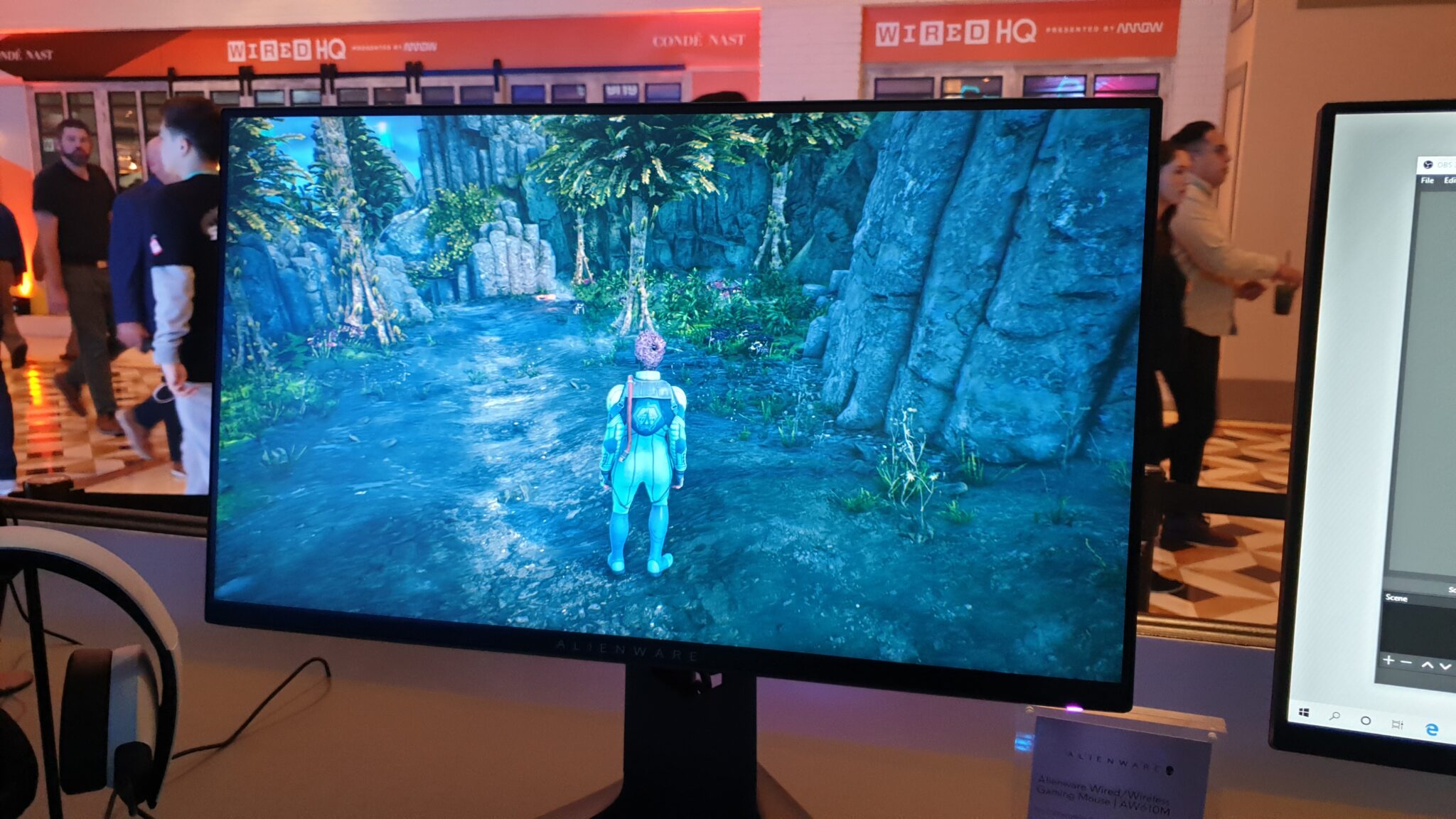 At present the Alienware 25 Gaming Monitor has AMD Radeon FreeSync support amd NVIDIA G-SYNC support when it arrives in the market. 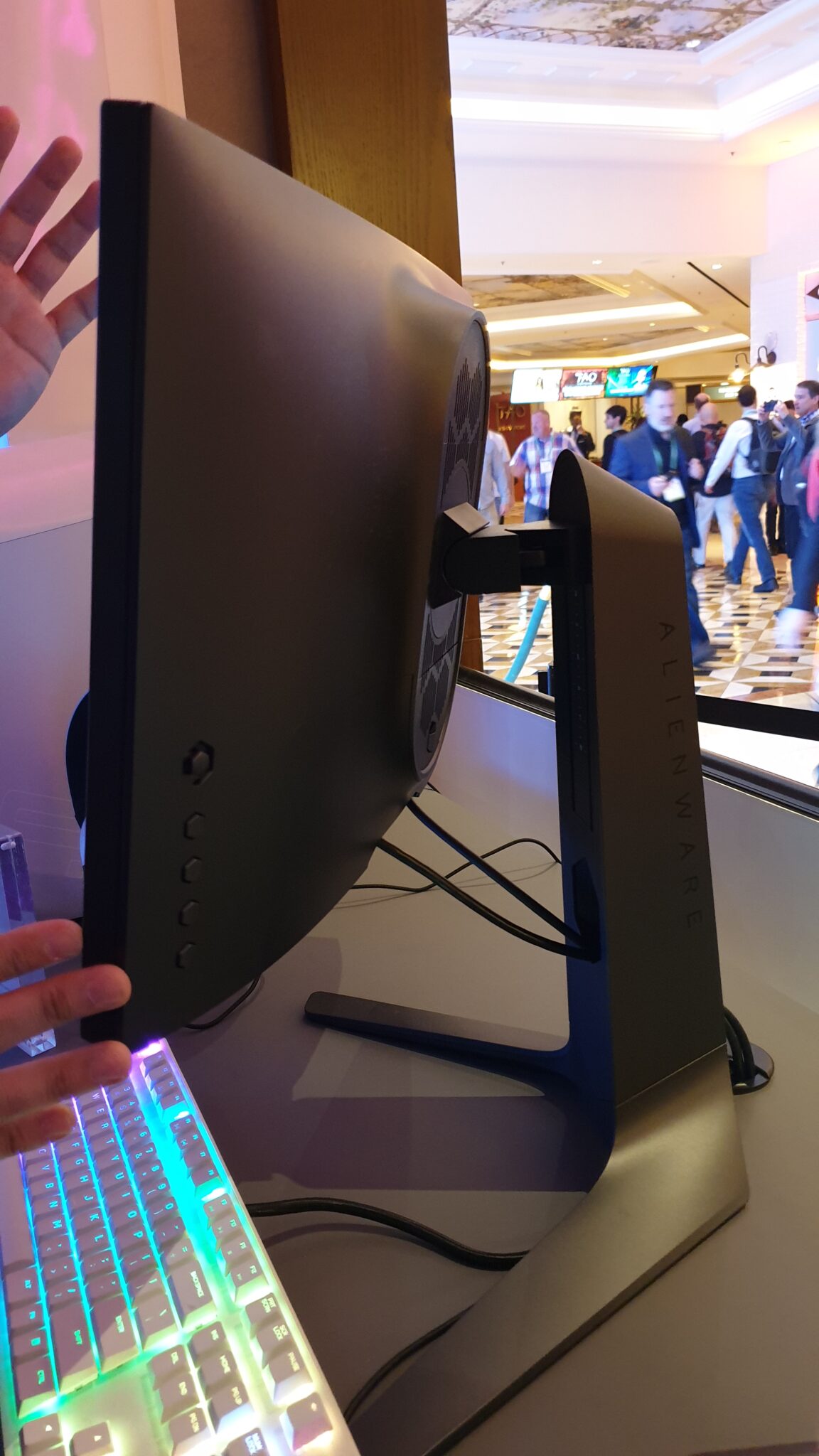 According to Dell, the monitor will retail for USD499 and it will release in both a shade of black dubbed Dark Side of the Moon and white called Lunar White. 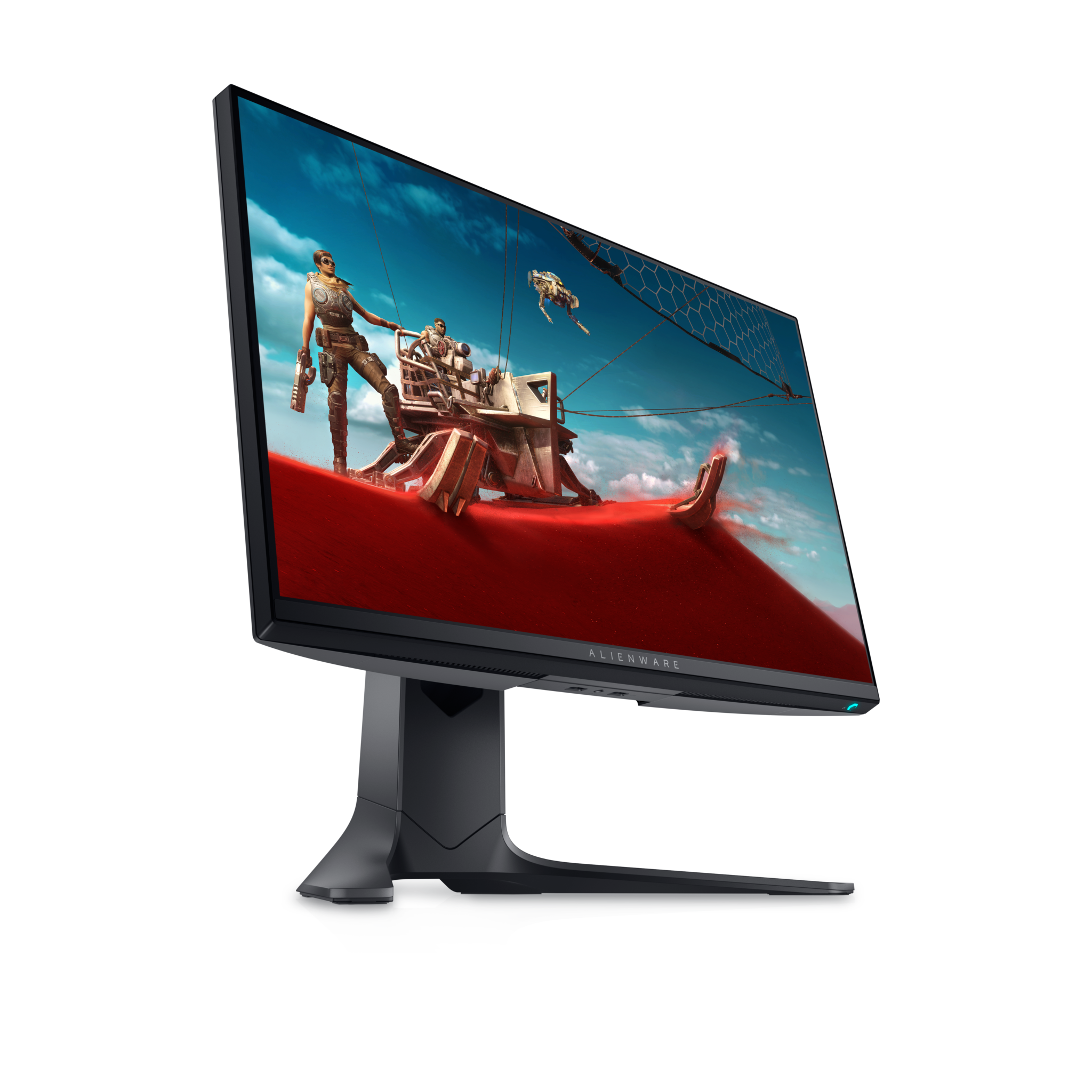 The Dell G5 15 Special Edition gaming notebook earns its moniker as it’s one of the first Dell notebooks for this generation to have AMD processors. The notebook is 23.7mm thin comes with what Dell calls a ‘fighter plane’ design with curves and a silhouette akin to a high performance air to air superiority fighter.

The Dell G5 Special Edition notebook comes in a variety of configurations with up to 3rd generation AMD Ryzen 4000 series 8-core/16-thread mobile ‘Renoir-H’ CPUs as well as the latest AMD Radeon GPUs along with full sized keyboards with optional 4-zone RGB backlighting and Nahimic 3D audio enhanced speakers for gaming. There’s also a ‘Game Shift’ mode that enhances performances for intensive gaming sessions. For a closer look check out our feature here. 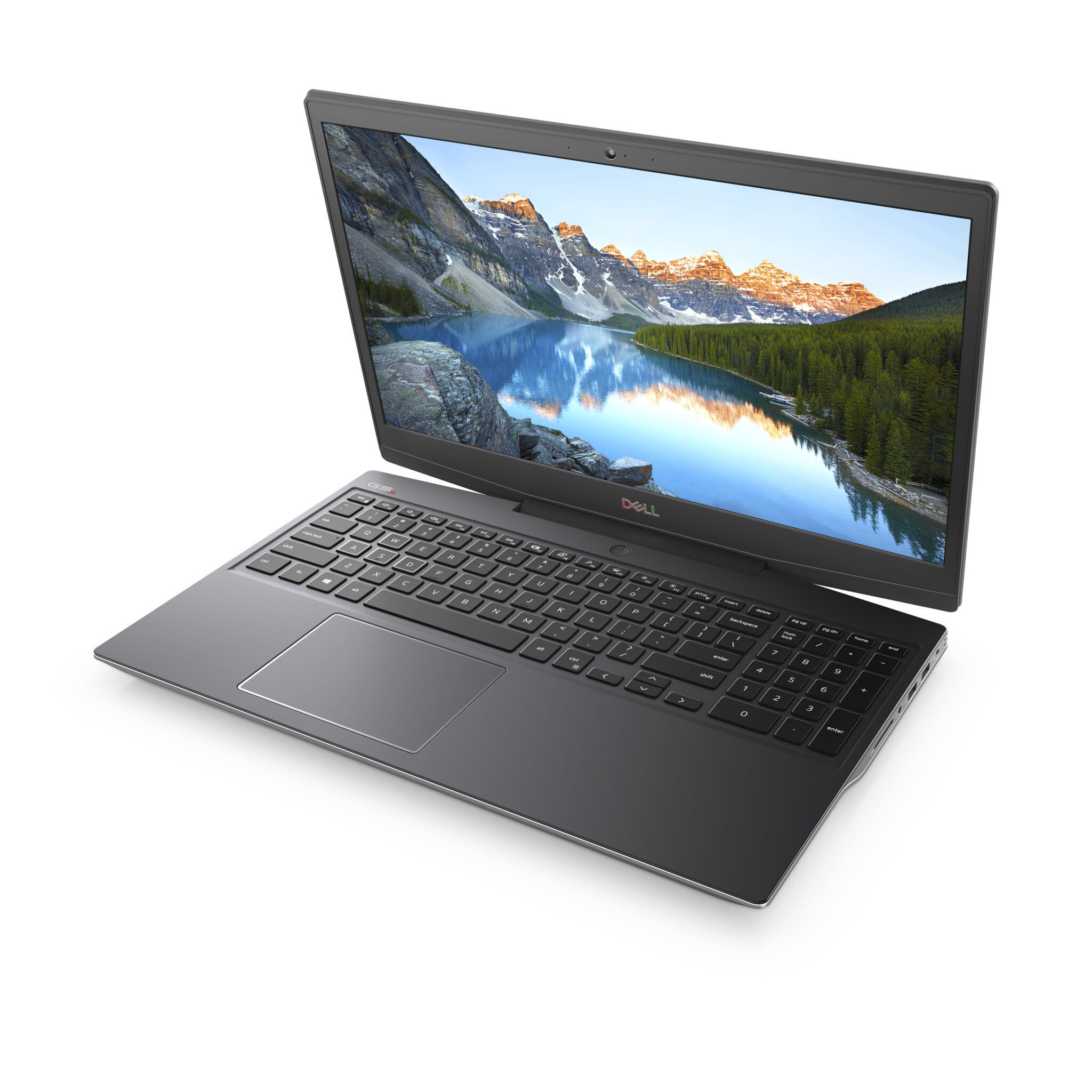 For those in the know, Dell’s range of notebooks starting from 2019 onwards had a secret weapon for multitaskers that let them mirror and interact with the contents of their phone without even having to touch it called Dell Mobile Connect. Essentially, you pair your phone with your Dell laptop be it an Alienware, an XPS or Latitude and once paired up via the provision of a downloadable app on both your phone and Dell rig, you’re up and in business. 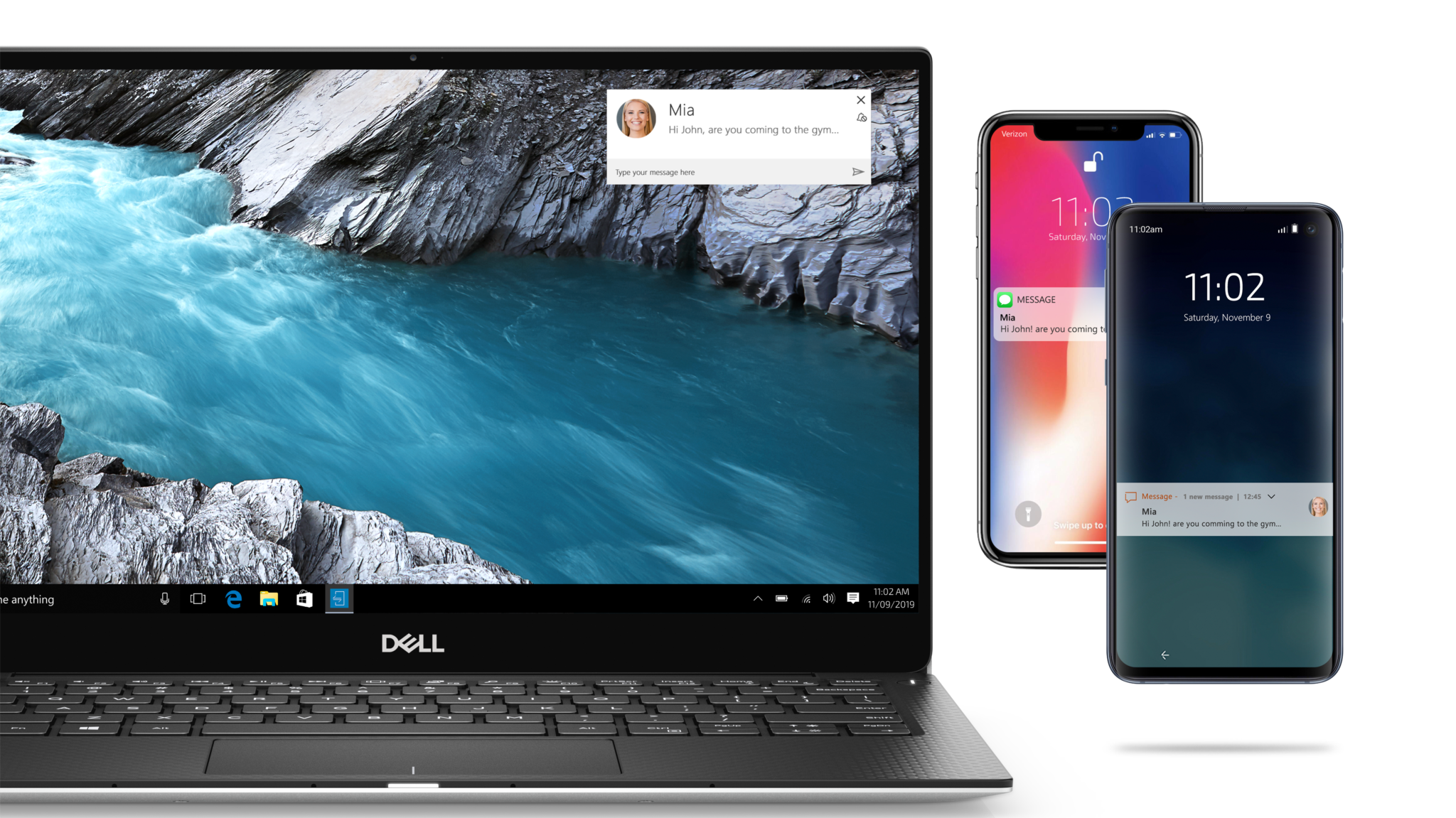 You can drag and drop content seamlessly back and forth from your phone to desktop and vice versa and take calls, messages and whatnot by clicking directly onto a window that mirrors your smartphone display. There was, however, one pickle – it didn’t work with iPhones.

At the Dell Experience showcase at CES 2020, Dell has neatly resolved that complication as the new versions of Dell Mobile Connect with their new generation of notebooks, desktops and whatnot will come with the new compatibility for iPhones. For more in-depth detail on Dell Mobile Connect check our feature here.

Stay tuned for more in-depth coverage of Dell’s offerings as we wander its halls at CES 2020! #Dell #CES2020 #DellExperience