Last month, 11street announced a strategic partnership with PUC Ventures Sdn Bhd along with the announcement of a revamping exercise that seeks to make the online shopping experience faster, safer and more efficient than ever before. Today, 11street announced a long-term collaboration with ewallet provider Boost to provide an even more convenient means to pay for purchases.

As part of the collaboration, Boost will establish an 11street storefront on their Boost app which allows for immediate access to 11street’s vast online marketplace. This seamless integration allows users to shop online without having to hop across multiple different apps. Once users have purchased products on 11street, they can then pay for it in seconds via Boost’s secure mobile and web payment options. 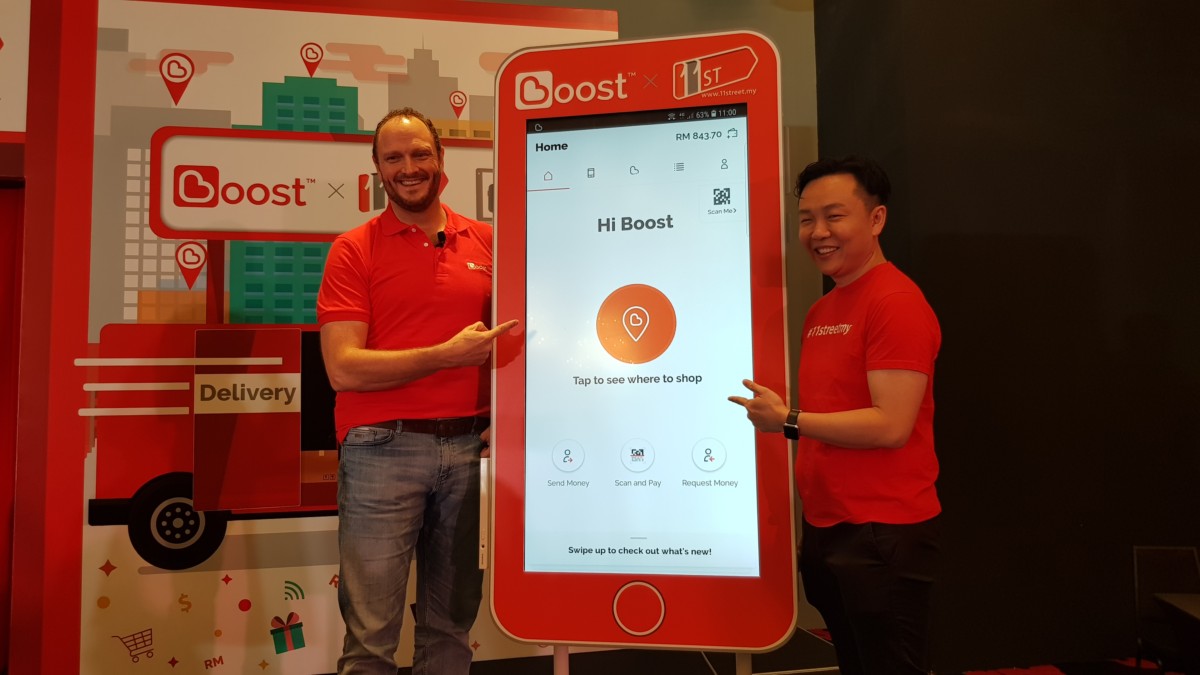 Christopher Tiffin, CEO of Boost and Cheong Chia Chou, CEO of 11street at the launch event

Another benefit of the collaboration between Boost and 11street are a series of ‘Boosted Daily Deals’ that appear on the 11street storefront on the Boost app. The Boosted Daily Deals offer massive discounts on a host of merchandise that range from power banks to smartphones with new deals available daily starting from today. Customers however need to sign up with both Boost and 11street to be eligible to purchase these deals. Both Boost and 11street are also launching a ‘Win a car’ campaign where potential customers can win up to RM86,000 in prizes that also include a brand new Myvi.

Starting from 28 September, today till 30 November 2018, customers who make purchases with the Boost mobile wallet are also entitled to be in the running to win a host of prizes. The first initial purchase over RM40 via Boost entitles customers to 1 entry. Every subsequent purchase of RM40 entitles users to three additional entries. Effectively, the more you shop, the more chances you have to win.