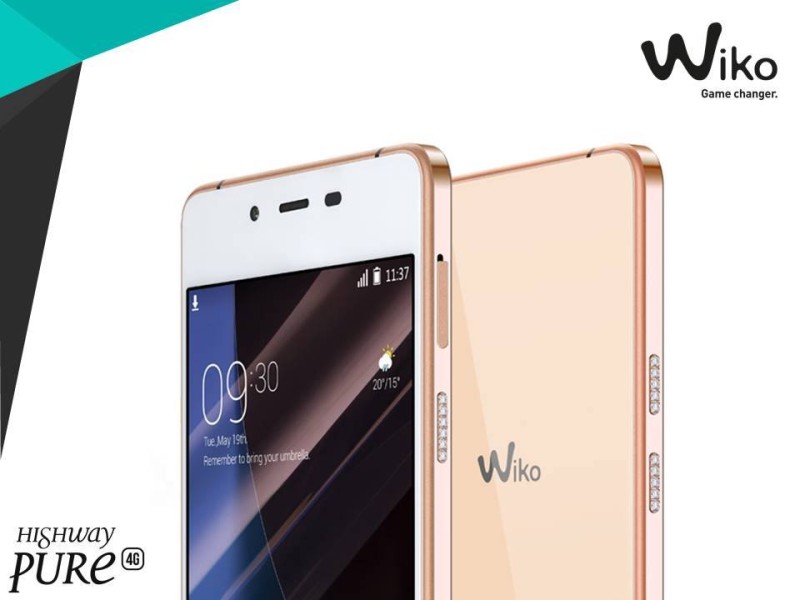 While their presence and brand name may not be bandied about with the ubiquity of the usual heavy hitters in the Malaysian market, French smartphone purveyor Wiko looks like they’re about to throw down the gauntlet as they’ve announced an upcoming launch that will take place next week on 28th January Thursday in Malaysia.

For the uninitiated, Wiko, which is based in sunny Marseilles, France is majority-owned by Chinese tech group Tinno Mobile and has an interesting stable of smartphones that have rather unique propositions to stand out from the crowd: one of their smartphones actually glows in the dark while another is blinged from the get-go with Swarovski crystals.

How interesting are their phones? Well, very, if their sales figures are anything to go by. According to recent figures, they’re the second largest selling smartphone firm in France in 2013 with about 1.7 million handsets sold. As a certain Dark Lord of the Sith would say, “Impressive. Most impressive.”

Interestingly enough, Wiko already has a presence in Malaysia with a trio of phone models available for sale at selected retailers online. The local variants are modestly upgunned from the versions noted on their international site in terms of storage space. Locally, their presence is in the form of the Lenny 2, the Fever and their high-end Highway Pure Swarovski phone.

Wiko Lenny 2
The entry level Lenny 2 has pedestrian level specs in terms of its processor, storage and camera but makes up for it with a dual SIM card slot, a relatively large 5-inch display and a low price tag at RM299. It comes in black or white with optional backplates in blue, coral and a weird shade they dub as “bleen”. Where it seems to differ based on a cursory inspection from the international variant is that it has more storage – 8GB ROM and 1GB RAM over the international’s 4GB ROM and 768MB RAM.

The sell sheet for the local version of the Lenny 2. Note the increase in onboard storage to 8GB.

The variant spotted on their international website has 4GB of storage.

Wiko Fever
The midrange Fever has workhorse specs in the form of a 5.2-inch 1080P display, a 1.3GHz octacore processor, a dual SIM card slot and a rear 13-MP camera with a front facing 5-MP camera with a flash. The phone’s claim to fame is that it has phosphorescent material lining its casing so that it glows in the dark; handy if you need to find it during a brownout. The phone ships in three colour variants Black/Gold , Black/Grey & White/Gold with the ones with a lighter colour casing showing a more pronounced glowing effect. This retails for RM799. Where the local version differs from international variants is that is has more storage: 32GB over 16GB with the facts confirmed by their official Facebook account. The Fever retails locally for RM799.

The version of the Fever spotted on Wiko’s international site has similar specs to the local version except for 16GB onboard storage.

An official answer about the specs for the Malaysian version which has more storage at 32GB along with a microSD card.

Wiko Highway Swarovski Pure
The high end Wiko Highway Pure Swarovski phone is a blinged up variant embedded with 16 Swarovski Zirconia crystals in the power button and volume rocker as well as additional storage: 32GB of storage over the stock non-blinged Pure phone that has 16GB storage. The Pure however lacks a microSD card slot unlike the Fever and Lenny 2 on account of how svelte it is.[Addendum]

So bling. Much wow. Excited.

The blinged up power button and volume rocker.

Based on the official invite, this may well likely the official launch of the Highway Pure Swarovski which states that the unannounced launch is their “slimmest and lightest 4G smartphone.”

Stay tuned: we’ll keep you in the know when they launch next week. While they don’t have a Malaysian website as yet, keep an eye on the official Wiko Facebook page for updates.

Source: [ Wiko Mobile, Wiko Malaysia Facebook ]
Addendum [Added mention that the Highway Pure does not have a microSD card slot after clarification with Wiko]