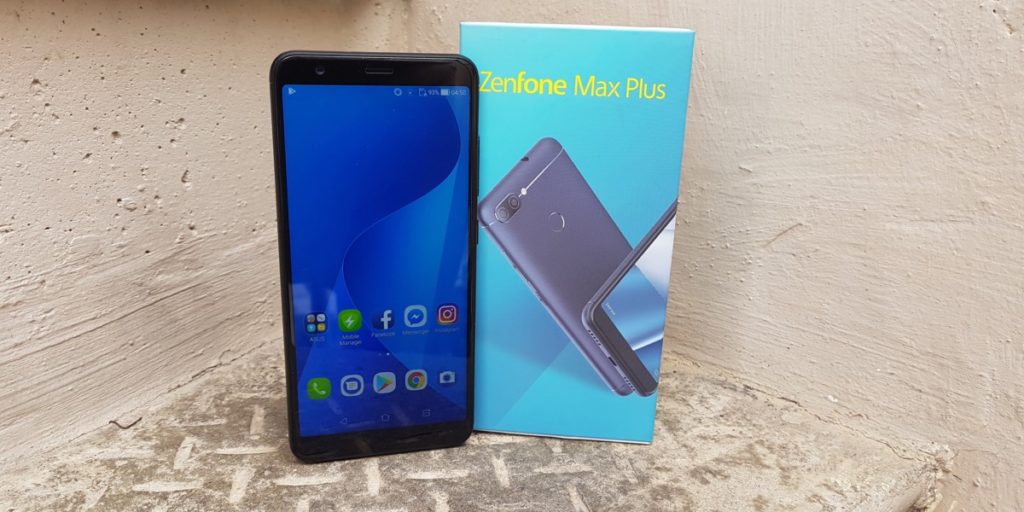 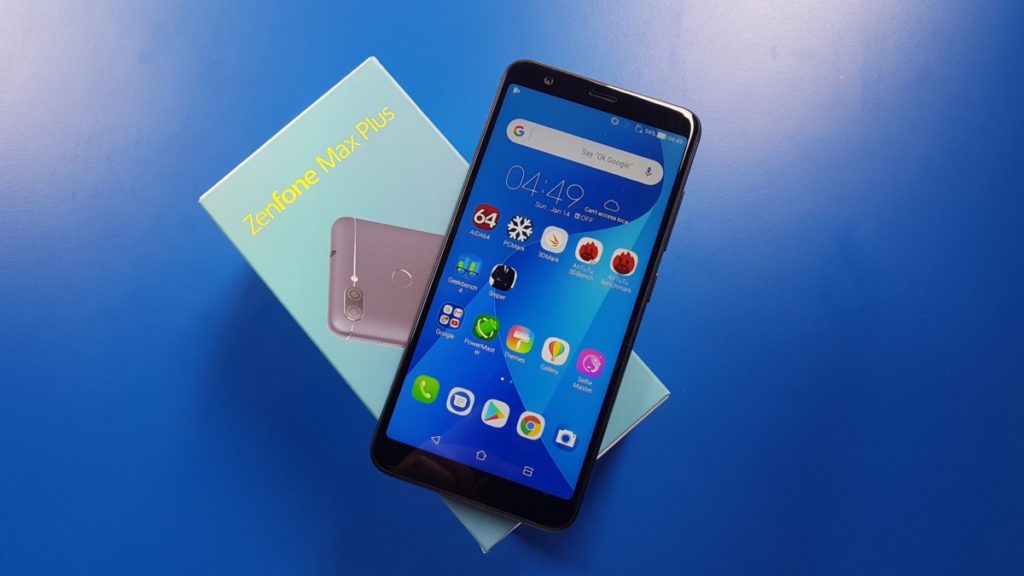 Taken as a whole, the Zenfone Max Plus M1 is an impressive phone, more so for the fact that Asus has managed to incorporate so many high-end features into the phone – an 18:9 aspect ratio display, a huge battery and dual rear cameras, just to name a few – all without busting the bank.

Unboxing the Zenfone Max Plus M1

The packaging for the Zenfone Max Plus M1 is done up in an inoffensive shade of marine blue. Sliding out the box reveals a nested layer of goodies in addition to the phone itself. 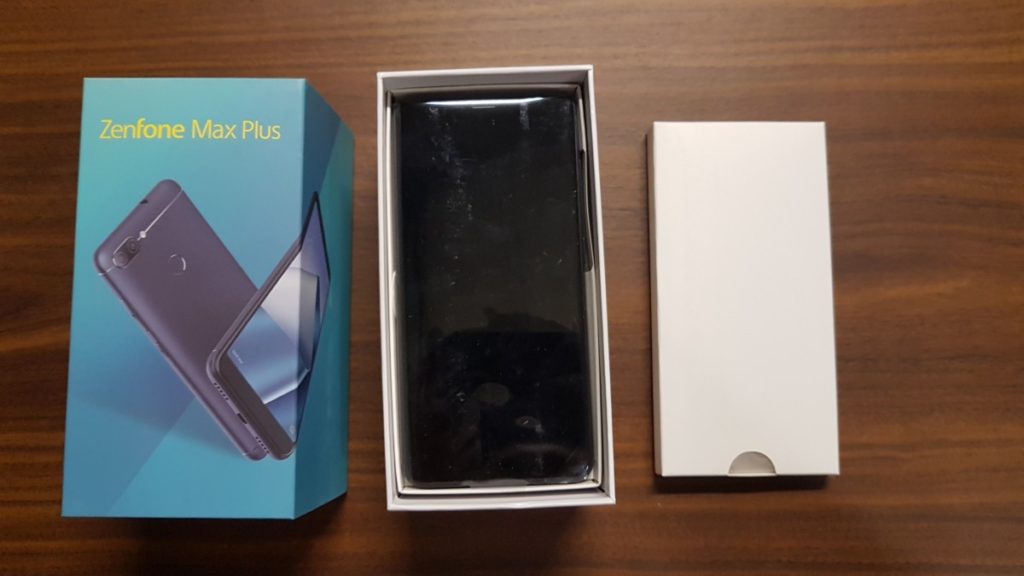 Stacked on top of the phone within a cardboard box is a soft transparent polycarbonate casing. Its inclusion here means you needn’t have to go hunting around for it from a third party vendor. There’s also the usual user guide and warranty card information as well crammed into the box. 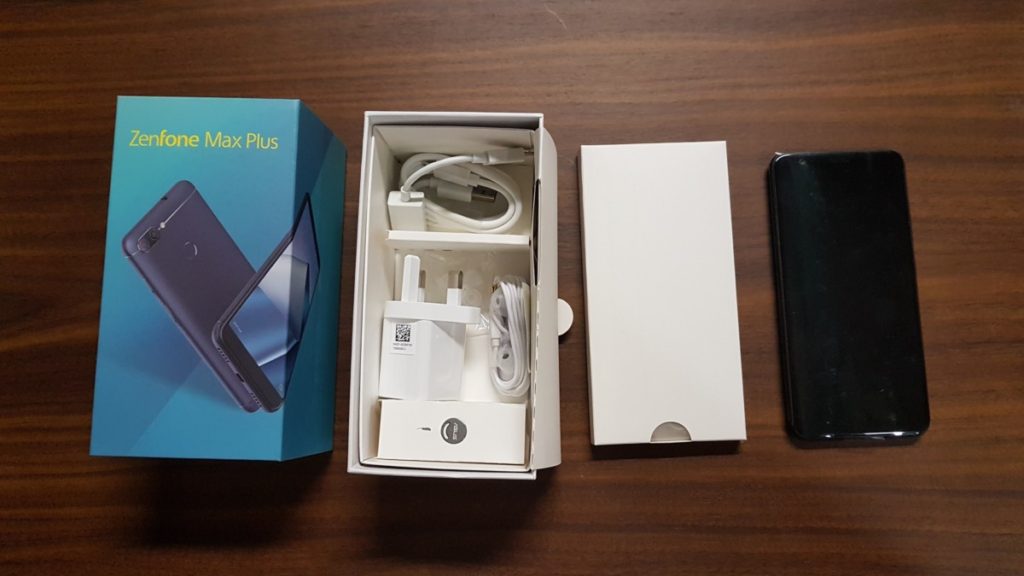 The phone itself is recessed in a cardboard tray and wrapped in a protective plastic sheath. Just beneath the phone in a series of inset cardboard cutouts are a comprehensive assortment of accessories. Bundled with the phone is a micro-USB-to-USB dongle that allows for reverse charging duties along with the obligatory microUSB charging cable. 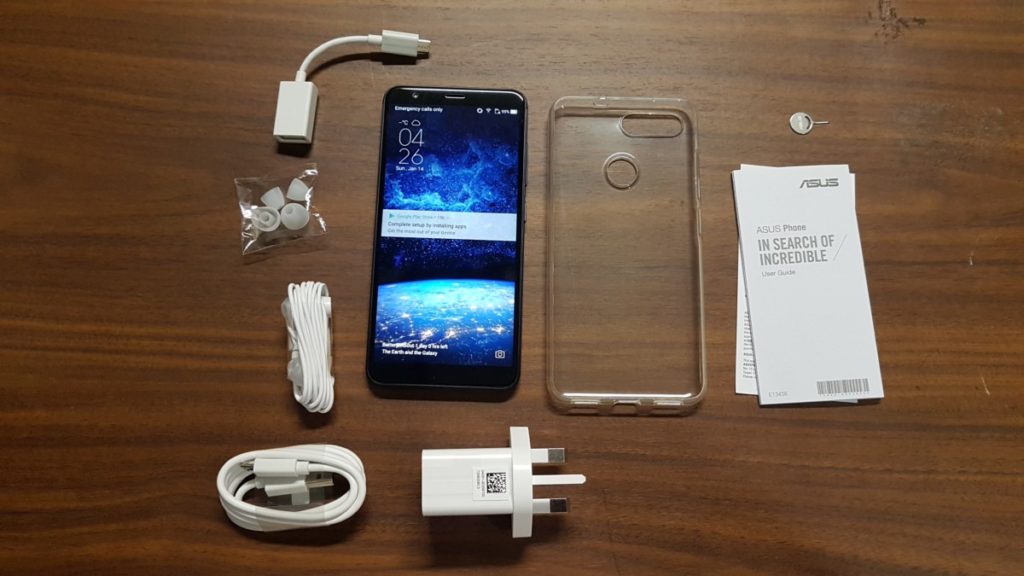 Also bundled with the box is a UK-style 5V/2A fast charger along with a pair of headphones with in-line controls that allow for you to make and take calls. They’ve even thrown in a second set of differently sized earbuds to offer a better fit. 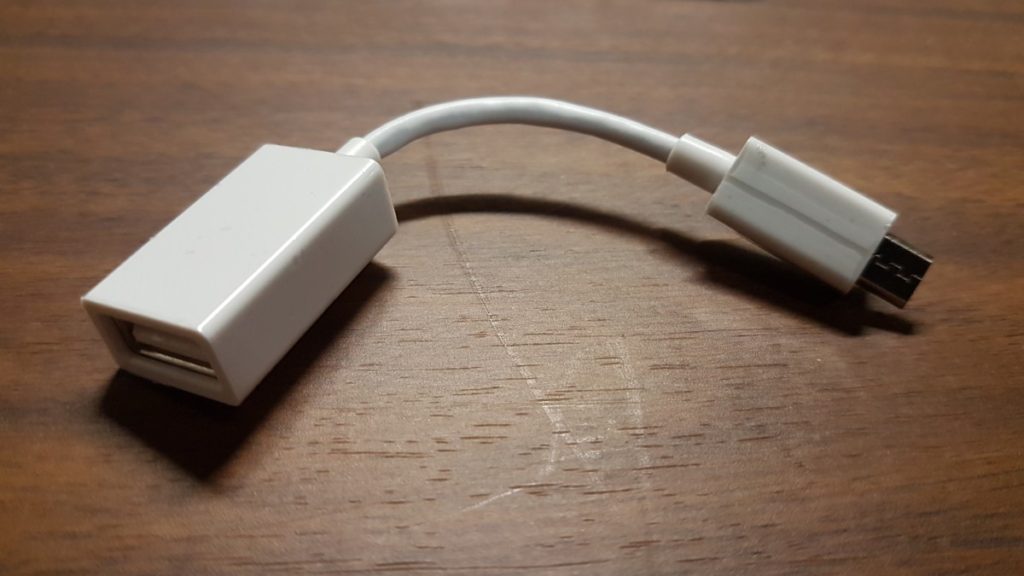 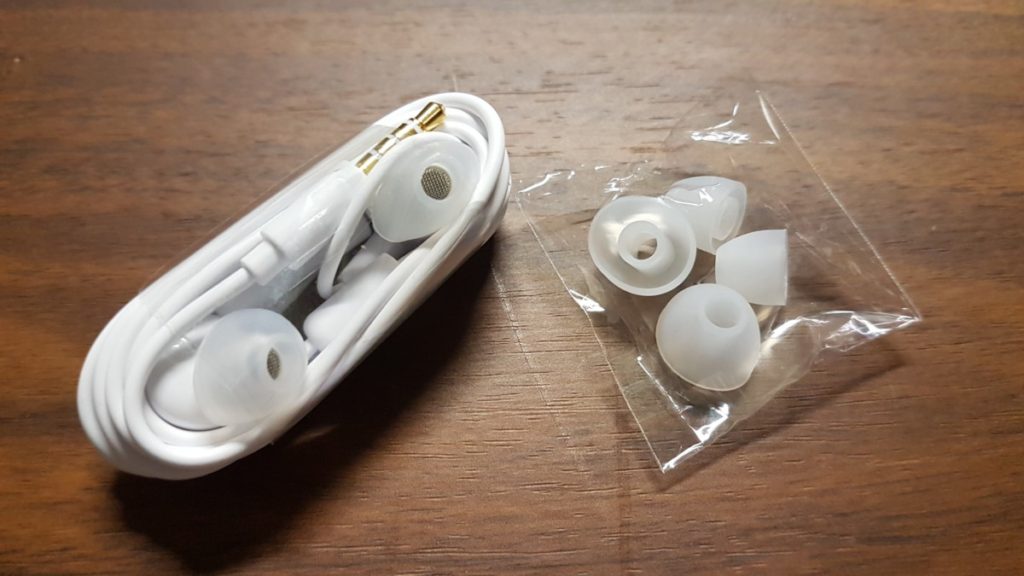 Nestled in the corner is a SIM card pin to access the triple card slots. Unlike many other phones, the Zenfone Max Plus M1 has two dedicated SIM card slots as well as a microSD card slot, allowing you to use two SIM cards and a microSD card simultaneously. 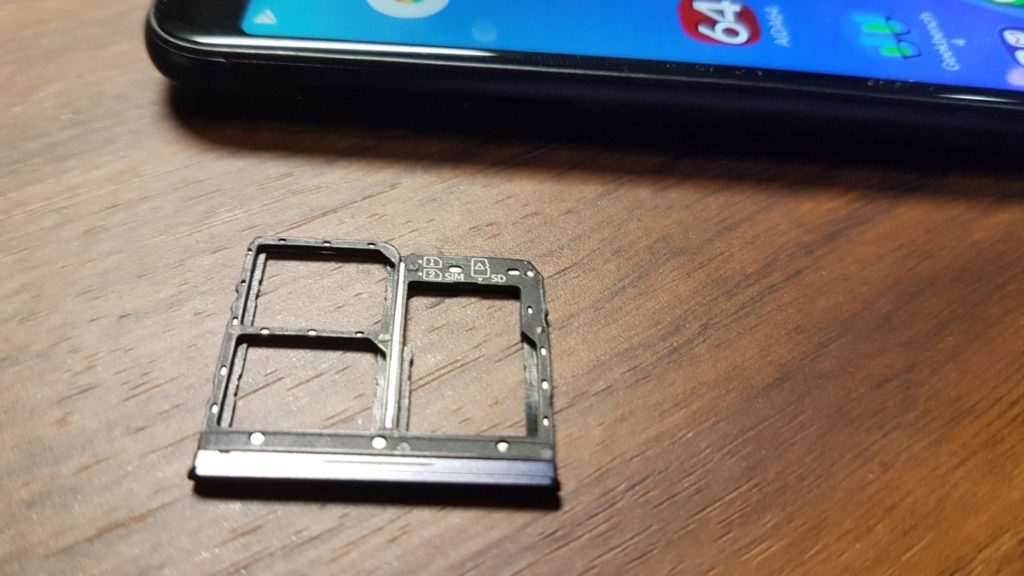 The inclusion of a reverse charging dongle, a pair of headphones (with additional earbuds) and a casing for a sub RM1K phone is generous indeed. You’d be hard pressed to find something else in this price range that crams in this much kit at this price tag.

Up-close with the Zenfone Max Plus M1

The Asus Zenfone Max Plus M1 is a relatively slim phone at 8.8mm thin though it belies the amount of features that it offers. Up front, the phone sports a 5.7-inch, 18:9 aspect ratio touchscreen with 1,440 x 720 pixel resolution sheathed in rounded 2.5D glass. 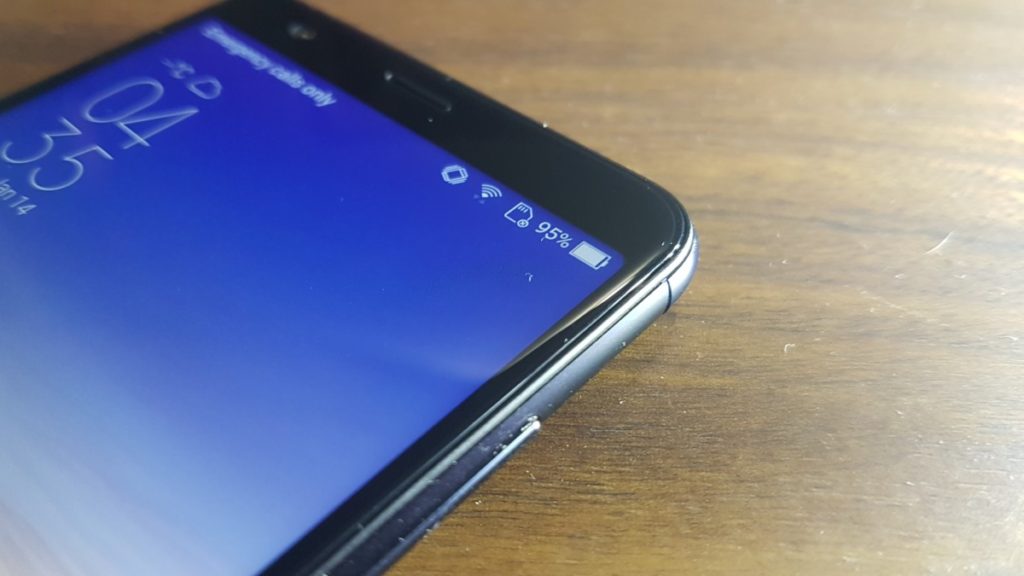 Granted, it’s not the sharpest touchscreen available but it’s HD resolution display looks  vibrant and sufficiently crisp enough for day to day use at first blush. On the bright side, the modest resolution helps to ensure less battery drain. In tandem with its massive 4,130mAh battery, this helps to offer exceptional endurance in the field. The battery is rated for at least 26 days of 4G standby time and can even reverse charge other kit too in a pinch. 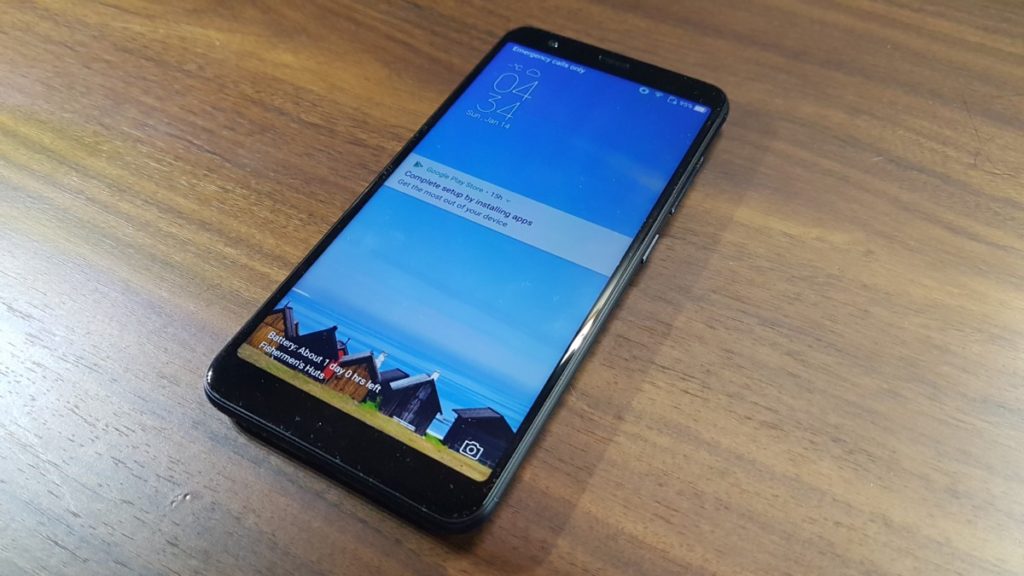 Externally the phone comes in your choice of three colours though our test unit came in a classy shade of Deepsea Black. The matte black finish repels fingerprints nicely and belying the size of the battery and the large display, is remarkably compact and wieldable one-handed. Even with the bundled casing, it’s a surprisingly compact phone. 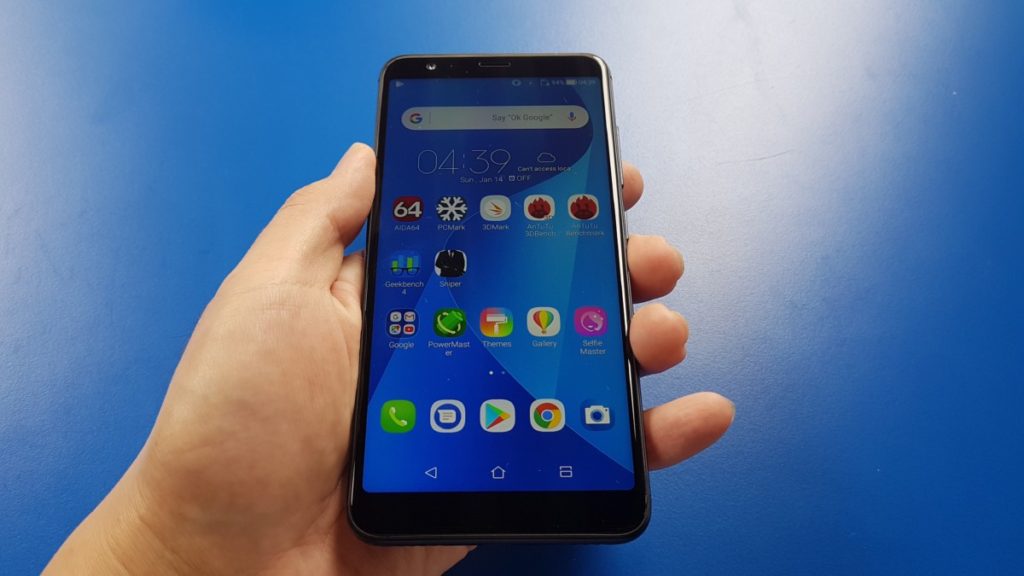 The front of the Max Plus M1 features exceptionally slim side bezels and a tiny smidgen of bezel at the top and bottom while eschewing any physical buttons. Getting about is solely via virtual buttons on the touchscreen. 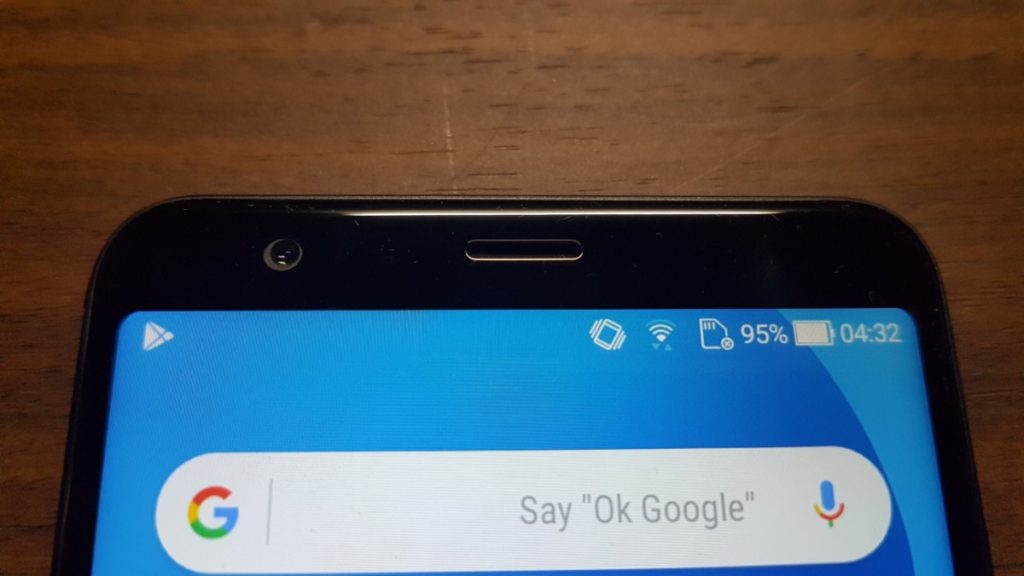 The top bezel also hosts a 16-MP selfie camera with an F/2.0 aperture. The clincher is that the front camera also integrates facial recognition tech to unlock the phone on top of the usual fingerprint reader and pattern unlock; quite an achievement for a phone in this price range. 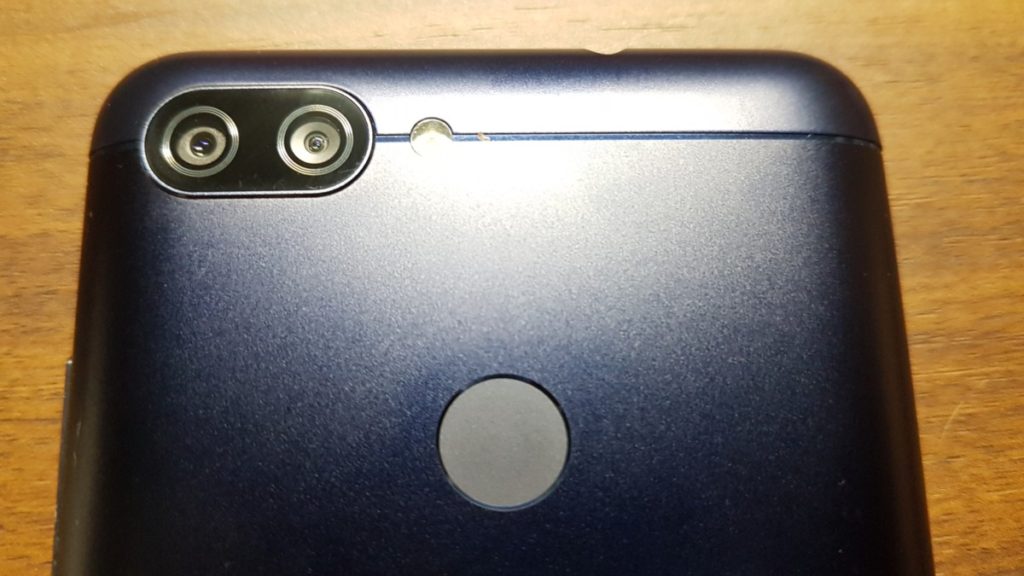 The rear of the phone features a rounded fingerprint reader and just above it is another pleasant bonus – a dual camera setup. One rear camera comes with a 16-MP sensor paired with an f/2.0 aperture for close-up macro shots and general duty work while the secondary camera has an 8-MP sensor paired with a 120-degree with angle lens that has a 16.7mm equivalent focal length in a 35mm film camera for wide angle scenery shots. Combined, the rear cameras are capable of 1080p@30fps video recording. 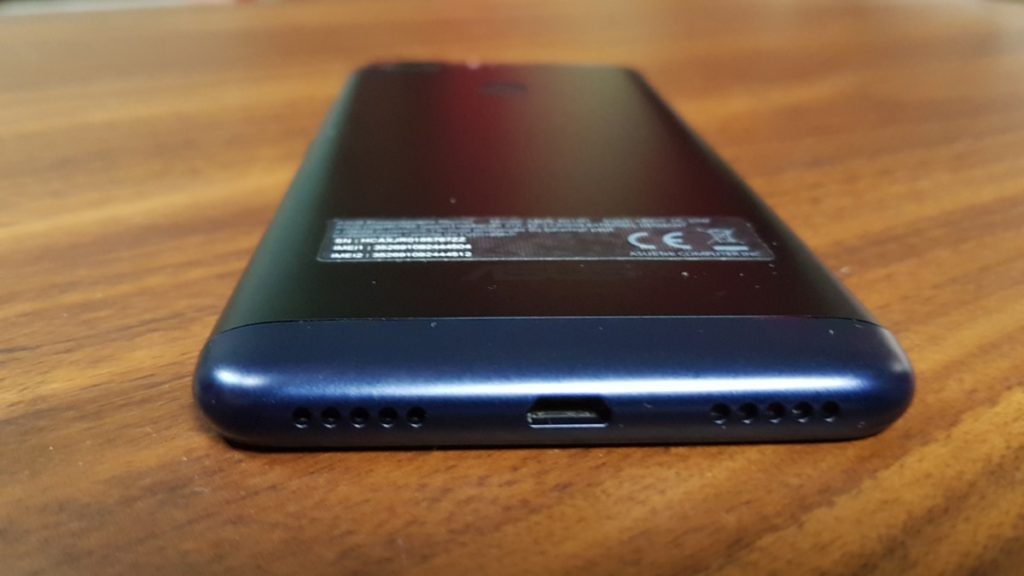 Building on the series’ premise of offering superior battery life, the Zenfone Max Plus M1 expands on it with a comprehensive feature set culled from its higher end phones. It runs Android Nougat on a Mediatek MT6750 1.5GHz octacore processor alongside a Mali T860 GPU and 4GB RAM. Storage needs are sorted out by 32GB of built-in storage which is on par with many midrange or higher end phones though this is expandable via the dedicated microSD card slot so you oughtn’t have storage issues anytime soon. 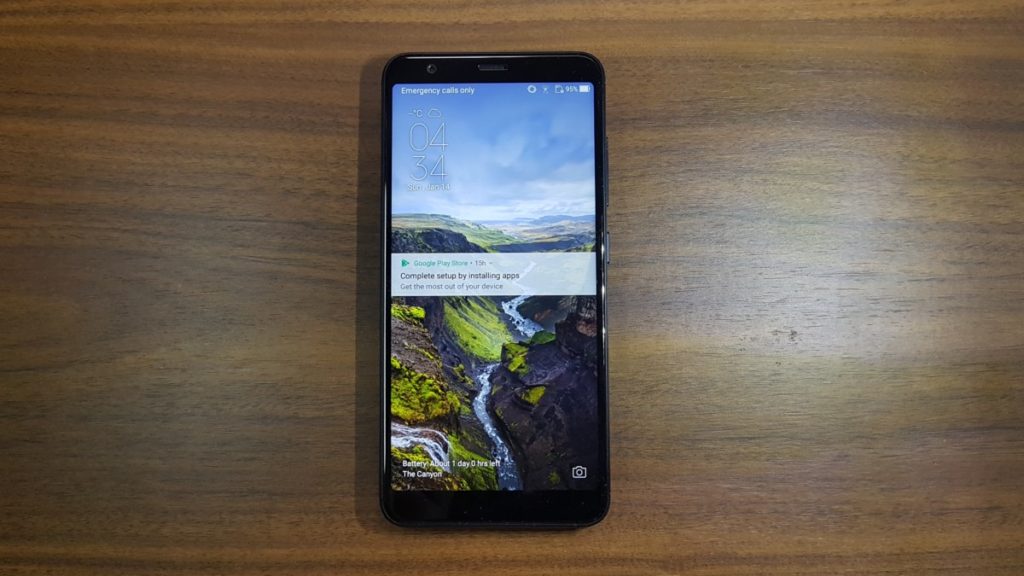 At RM899, the Asus Zenfone Max Plus M1 crams in an immense amount of features and goodies. As it stands, the phone is an immensely promising proposition for the price of entry. For RM899, you’re getting a phone with an 18:9 display, a dual rear camera, a huge battery, facial recognition and a generous slew of accessories to boot. Stay tuned for our full-on review soon where we put it through its paces.