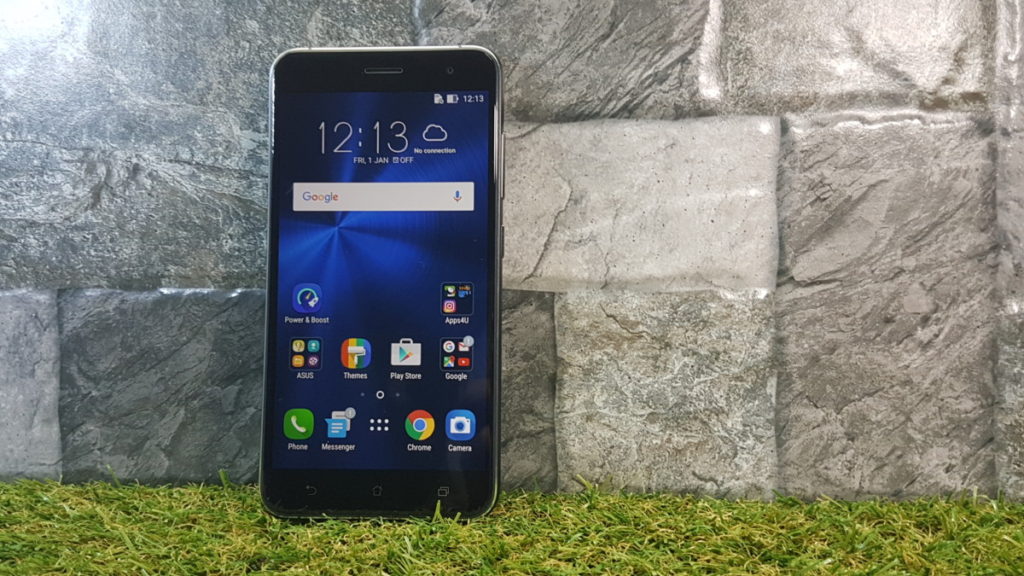 Asus has been making significant inroads into offering more premium hardware and their recent efforts have borne fruit with their recently launched ZenFone 3 series of phones. While Asus’ ZenFone series started out a couple of years back as budget workhorses, they’ve put their noses to the grindstone and the phones have seen a steady evolution in terms of aesthetics and specifications with this year’s ZenFone 3 as the zenith (pardon the pun) of their design efforts. 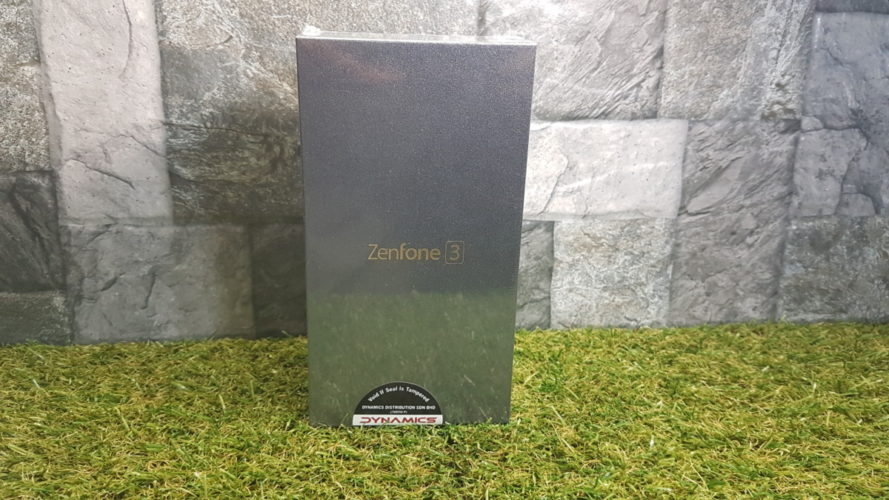 The ZenFone 3 is currently the most premium experience that Asus has ever created for their phones and along with it a commensurate modest bump up in price. While sticklers would denote that the designation ZenFone 3 is actually a nomenclature for an entire family of phones, it’s only the exotic variants that have a suffix attached to their names like the ZenFone 3 Ultra or the impressively pricey ZenFone 3 Deluxe. By and large, the main poster boy for the series remains the stock ZenFone 3 sans suffix. 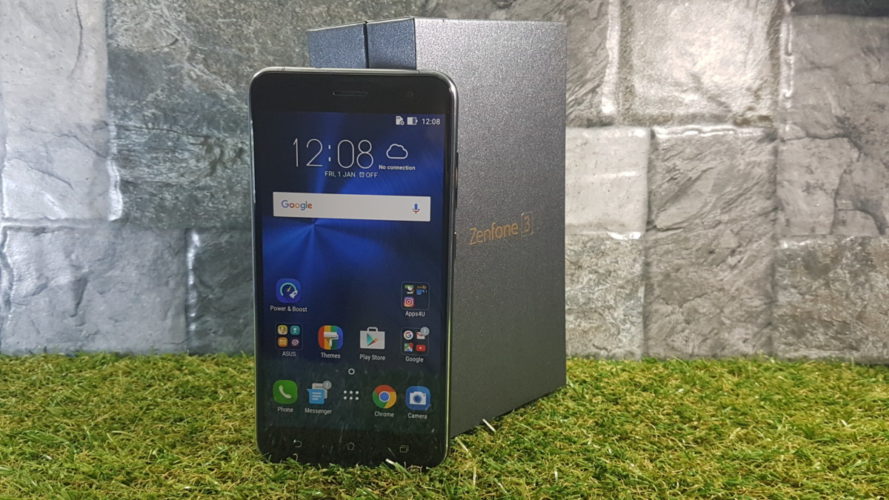 The Zenfone 3 for Malaysia comes in two slightly different variants with similar specs – a Snapdragon 625 2.0GHz octacore processor, 4GB RAM and 64GB of storage, differing only by the size of their display. One comes with a more compact 5.2-inch 1080p display while the other, which we had the opportunity to unbox and field test, comes in a larger 5.5-inch 1080p display. The former retails for RM1,499 while the latter retails for RM1,699. 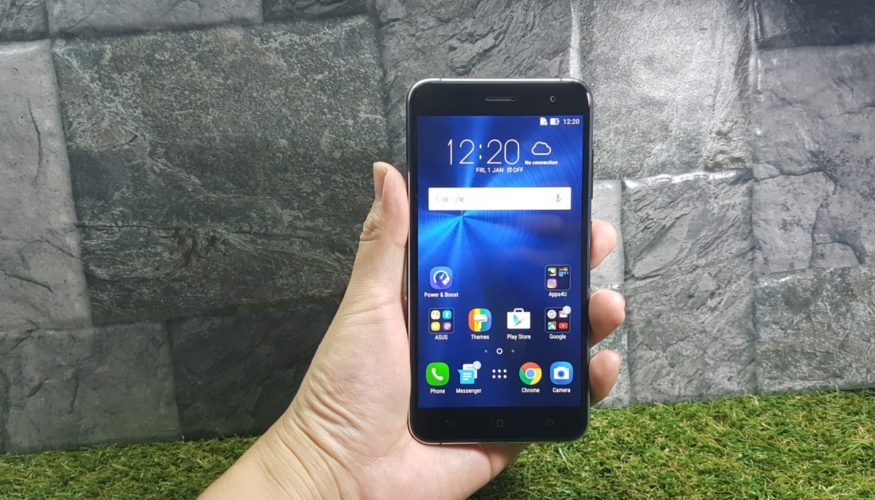 The phone comes in a sturdy cardboard box that flips open on one end like a jewelry box with the ZenFone 3 itself lying on a tray wrapped in protective plastic wrapping. Underneath the tray itself is a cardboard document folder that hides a SIM card pin along with a quick start manual. Layered beneath that is a series of trays that come with all the requisite accessories. 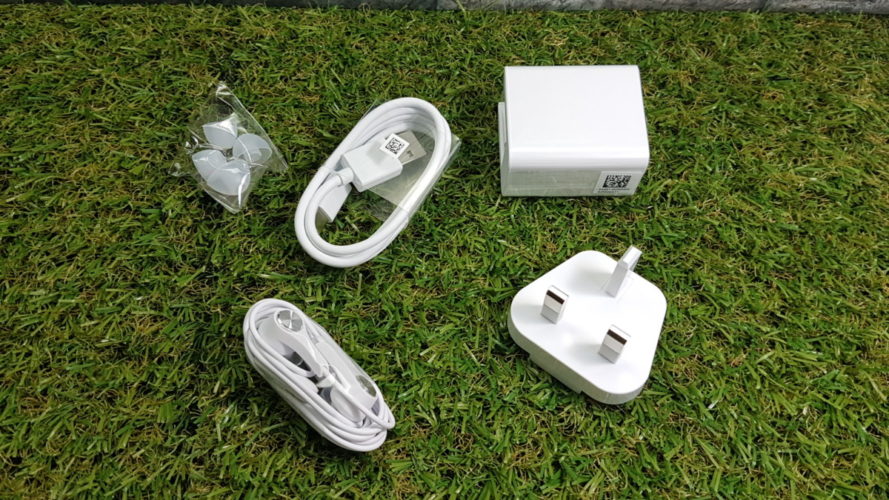 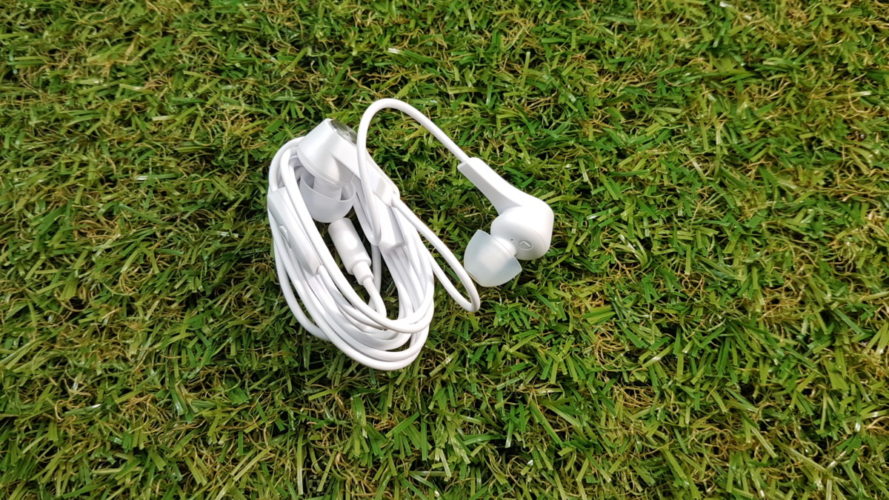 Also bundled with the box are a pair of headphones with line-in controls and a spare set of silicone earbuds. A USB Type-C cable rounds out the ZenFone 3’s accessories. While accessory options seem a bit sparse with the ZenFone 3, what with the lack of a screen protector or a casing to go with it, it’s not a major issue to quibble over and the phone is common enough in the market that you can source third party cases quite easily online. 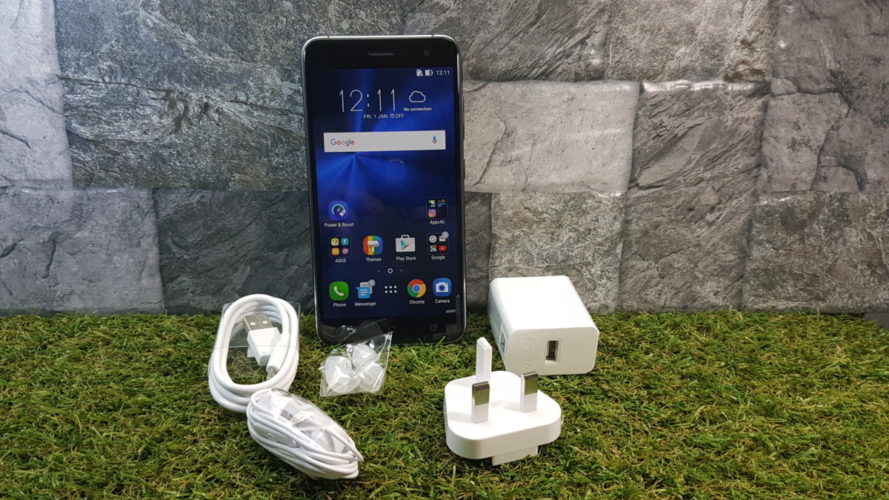 The overall unboxing experience was suitably premium belying its asking price and didn’t disappoint though a free screen protector or casing would have been nice.

First Look
Once removed from it’s protective plastic sheath, the ZenFone 3 looked the business. Incorporating the latest engineering knowhow from their R&D teams, the phone looks and feels exceptionally well polished. In keeping with mainstream sensibilities, it has gently rounded corners and the obligatory chamfering along the sides. Where it differs is that it eschews the popular unibody aluminium casing for a multi-piece assembly that sandwiches layers of glass and aluminium together. The heft is a bit on the heavy side at 155g but the phone is well balanced and feels wonderful to hold with good ergonomics regardless of handedness with responsive tactility. It’s rather pocketable too despite its large size on account of its 7.7mm thin chassis. The left side is unadorned save for a hybrid SIM card tray. You can opt to pop in two SIM cards or one SIM and a microSD card. 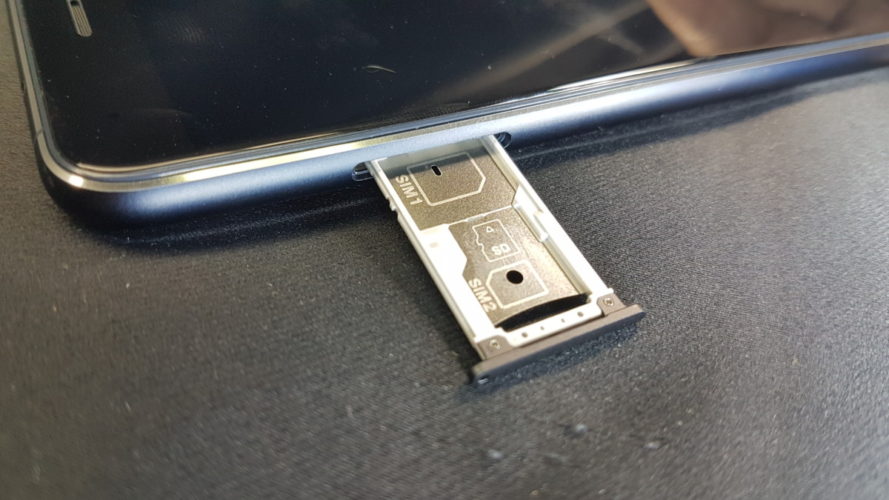 The top of the phone comes with an unobtrusive pair of antenna bands along with a 3.5mm audio jack. 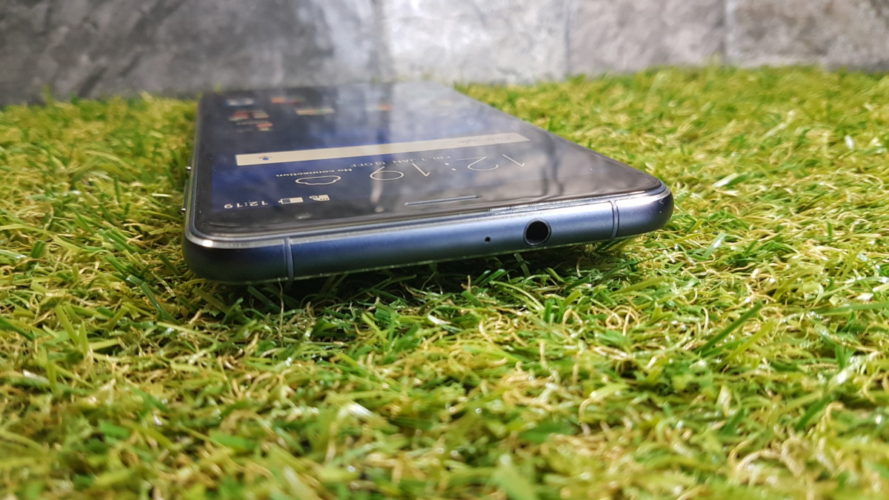 The right side of the phone is where the action is at with a metal hewn volume rocker and power button inset in a row where your index and third finger would be, assuming you’re holding it left handed. Right handed people will have to rely on their thumb to switch between either button. 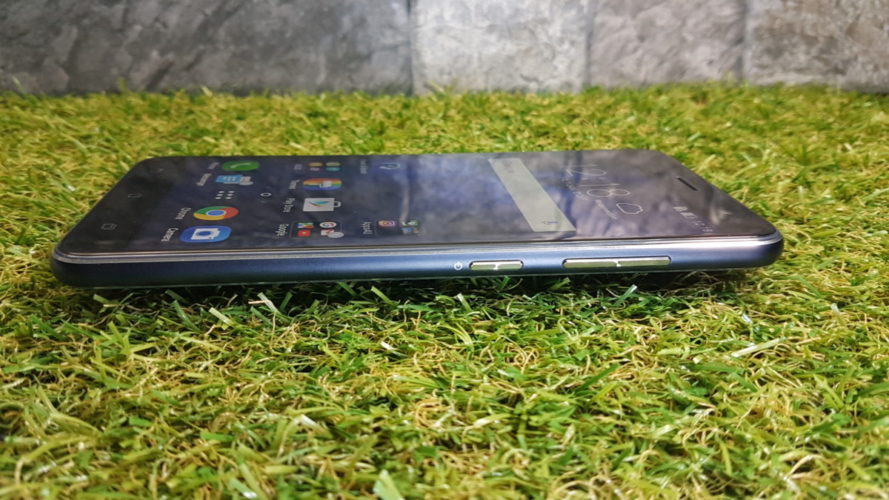 The base sports a USB Type C port for charging and docking duties along with a grille for the mono speaker. 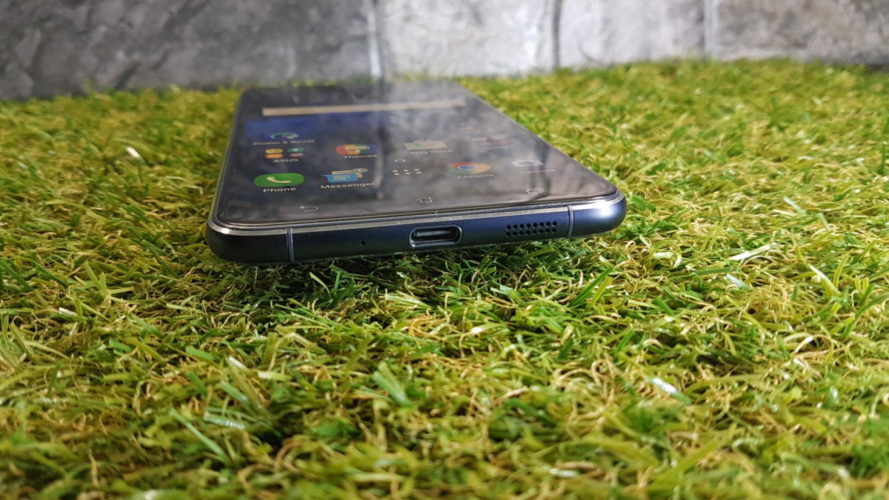 The front of the phone comes with a 5.5-inch IPS LCD with 1080p resolution and 401 pixels per inch sheathed in Gorilla Glass 3. The bezels are of note and are an impressive 2.1mm thin on the sides. Flanking the display are a trio of capacitive shortcut back, home and recently used app buttons while the top comes with an 8-MP selfie camera with an f/2.0 aperture. 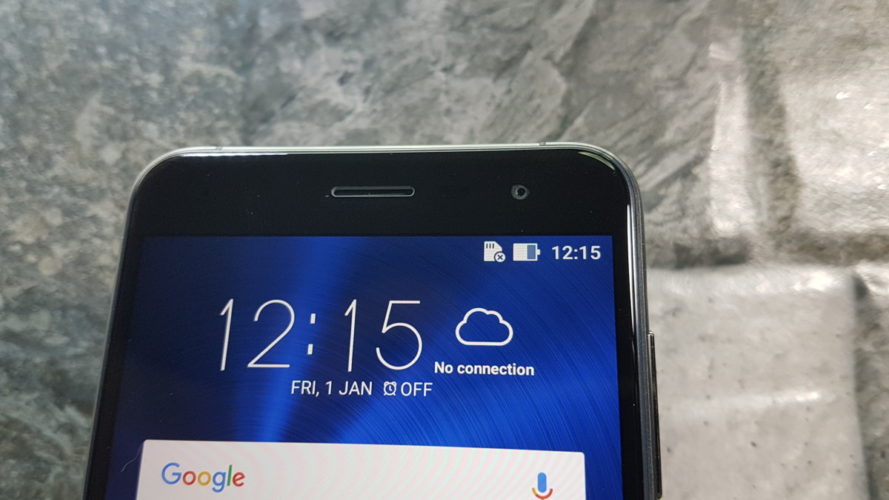 The backplate is non-removable and is sheathed in 2.5D glass with the Asus logo emblazoned at the base. The finish itself is exceptionally reflective and smooth. While it looks extremely fetching, it’s also a fingerprint magnet and highly slippery to boot. 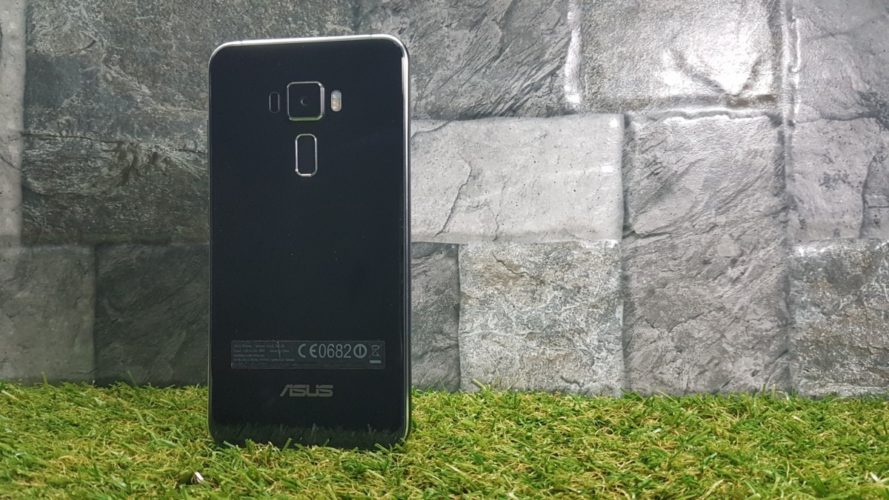 The upper end of the backplate sports the ZenFone 3’s pride and joy – a 16-MP, Sony-sourced IMX298 sensor with an F/2.0 aperture, their PixelMaster 3.0 low light mode, 4-axis optical image stabilisation and a 3-axis electronic image stabiliser for judder-free video that can be captured in up to 4K resolution. The camera module juts out slightly from the main chassis; something of a concern if you aim to keep it pristine but it’s not something that the judicious application of a casing can’t solve. Located just beneath the camera is a fingerprint reader that not only unlocks your phone but also acts as a shortcut to take calls, fire up the camera and – assuming the camera is activated, capture a photo. 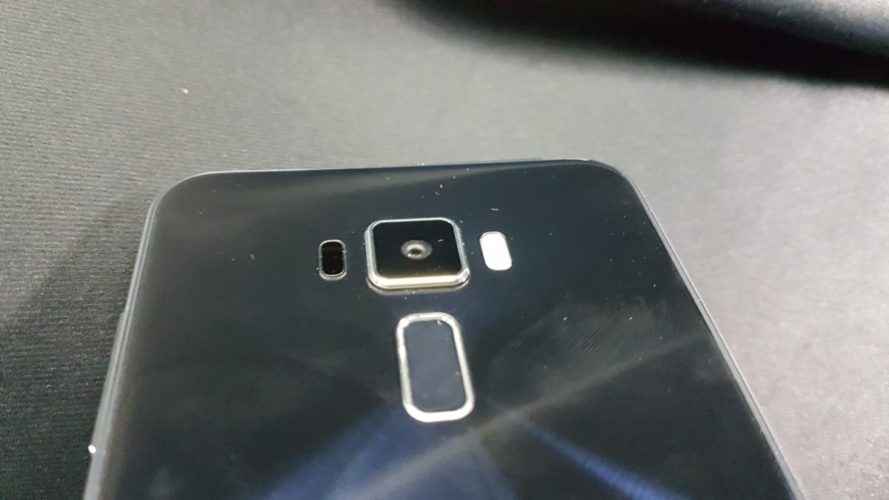 Based on first impressions, the design and aesthetics are easily the match of most flagship blowers in the market. In terms of hardware, Asus has attempted to push the upper envelope of what a midrange can offer and for the ZenFone 3, exceeds some flagshipsto comfortably put it somewhere past an upper midrange workhorse to something bordering on an entry level flagship. Our initial run through with the phone after its unboxing had the usual rigmarole during boot-up with a firmware update and several but after getting our Google account sorted out, the phone ran smoothly though it had quite a few updates and bloatware festooning the UI. A few test shots on the rear camera yielded quite pleasing results on auto mode. Once we’ve put it through its paces, we’ll give you a full once-over how the ZenFone 3 fares. Stay tuned! 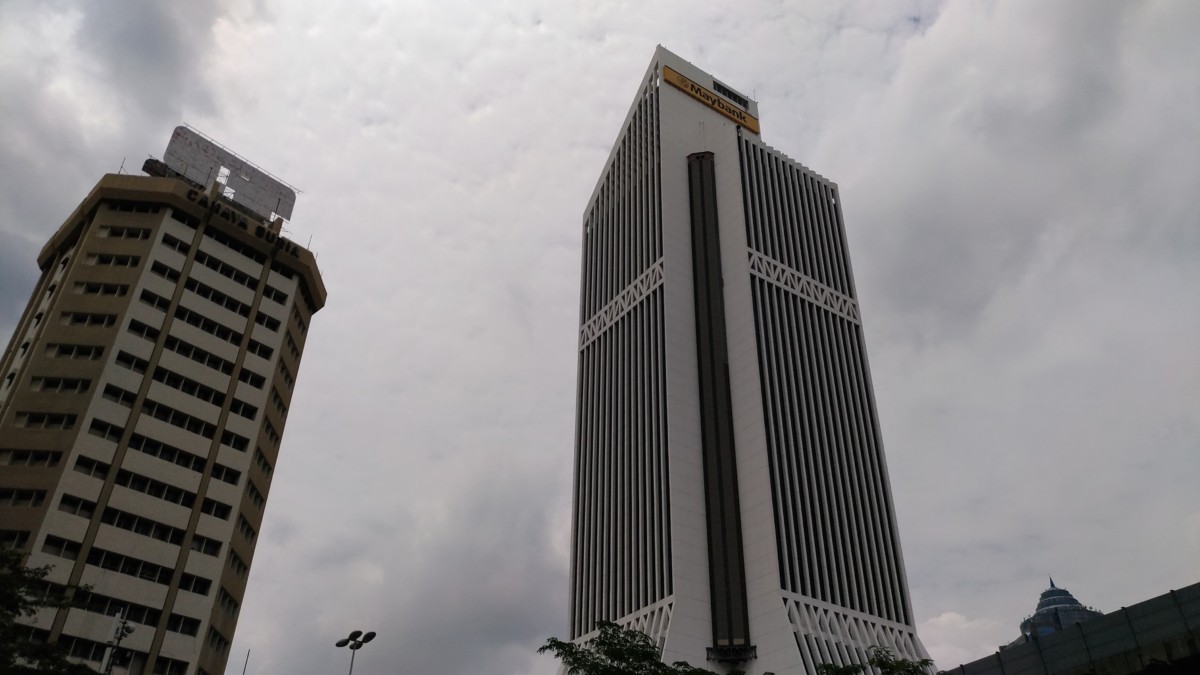 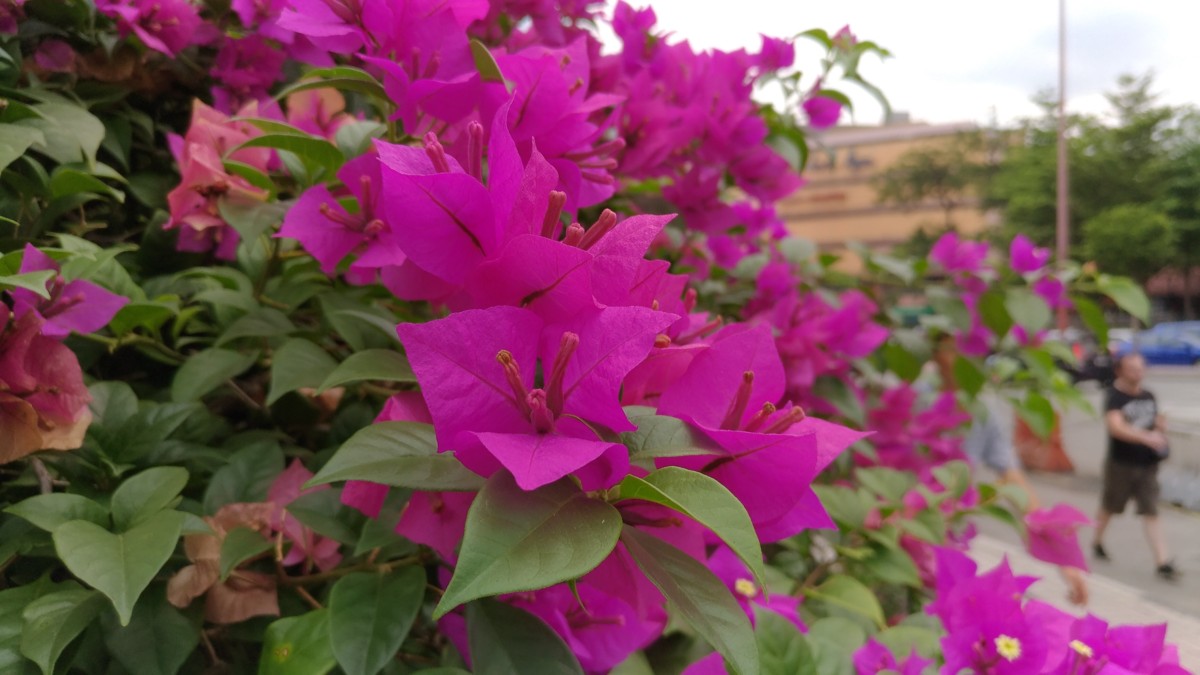 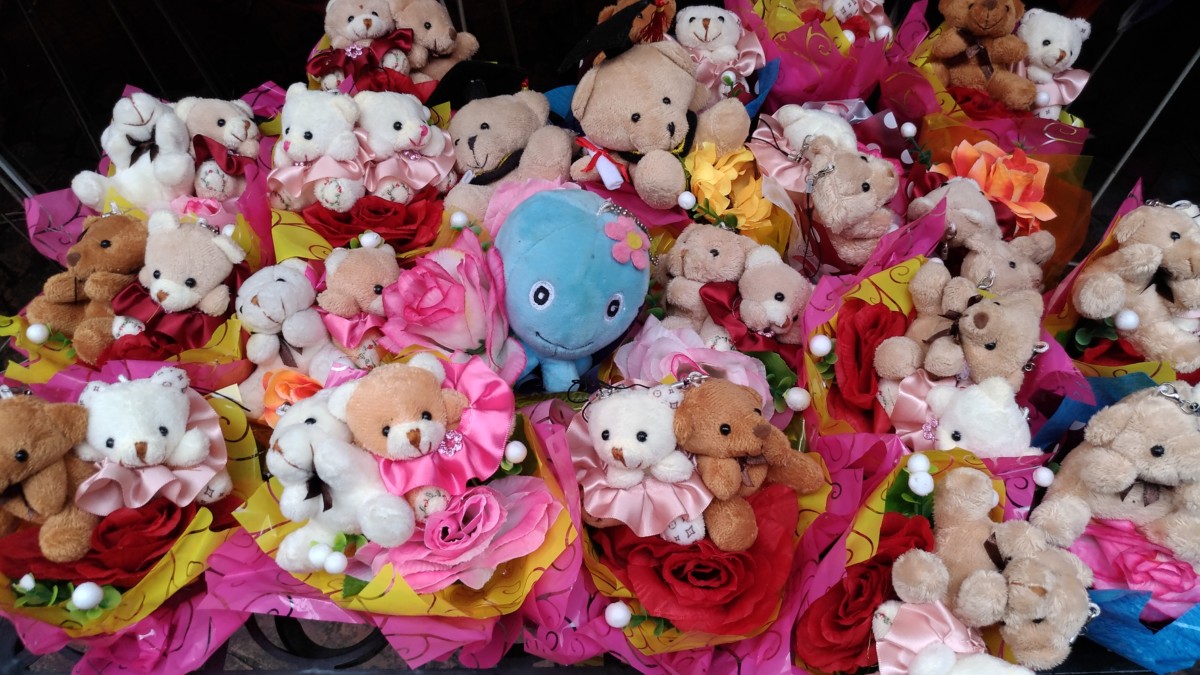