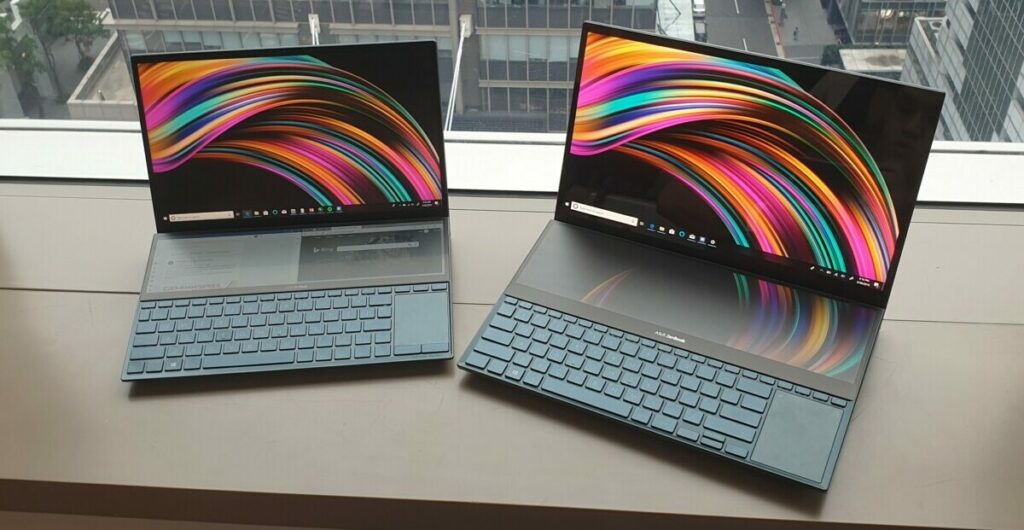 It has to be said that Asus isn’t one to rest on their laurels. They have been steadily introducing a series of innovative features into their notebooks and refining them every year but this time around, they’ve rolled out an impressively successor to last year’s ZenBook Pro dubbed the ZenBook Pro Duo UX581 that dials everything to 11 with beefy specifications and an even larger, almost humongous and highly customisable secondary touchscreen compared to its predecessor. 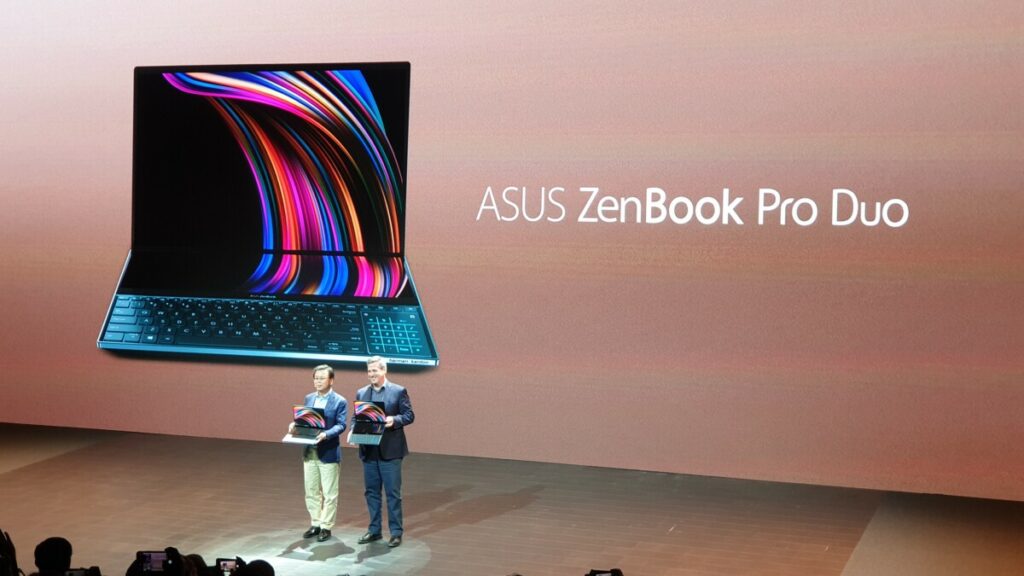 Introduced last year, the ZenBook Pro 15 introduced a hitherto unheard of innovation – a touchpad that doubled up as a secondary display or as a means to project almost anything from an extra set of controls for an app with tons of them like Photoshop or as a means to use social media or catch an episode of Netflix without taking up valuable space on the main display. The problem was it wasn’t large enough nor was it sharp enough but it proved to be a step in the right direction. 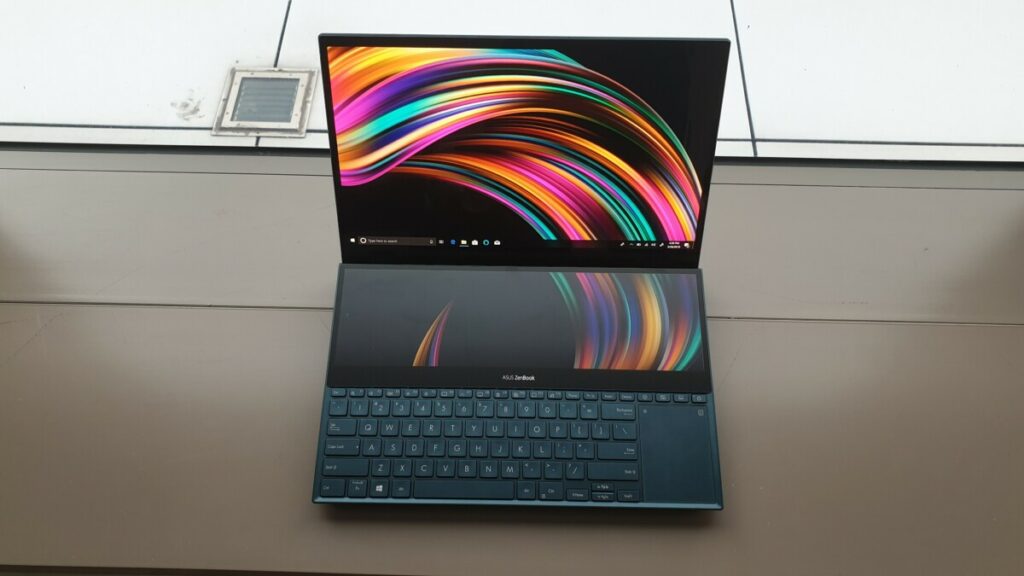 The new ZenBook Pro Duo UX581 takes this core concept and expands it to new heights as the secondary touchscreen that Asus has dubbed a ScreenPad Plus now stretches the length of the entire primary display.while offering about 14-inches of prime screen real estate with 4K resolution. While the primary monitor is an OLED panel that is DCI-P3 compliant for colour accuracy, the secondary ScreenPad Plus display is an IPS LCD panel with a matte finish and a rectangular 32:9 aspect ratio though both are 4K resolution. 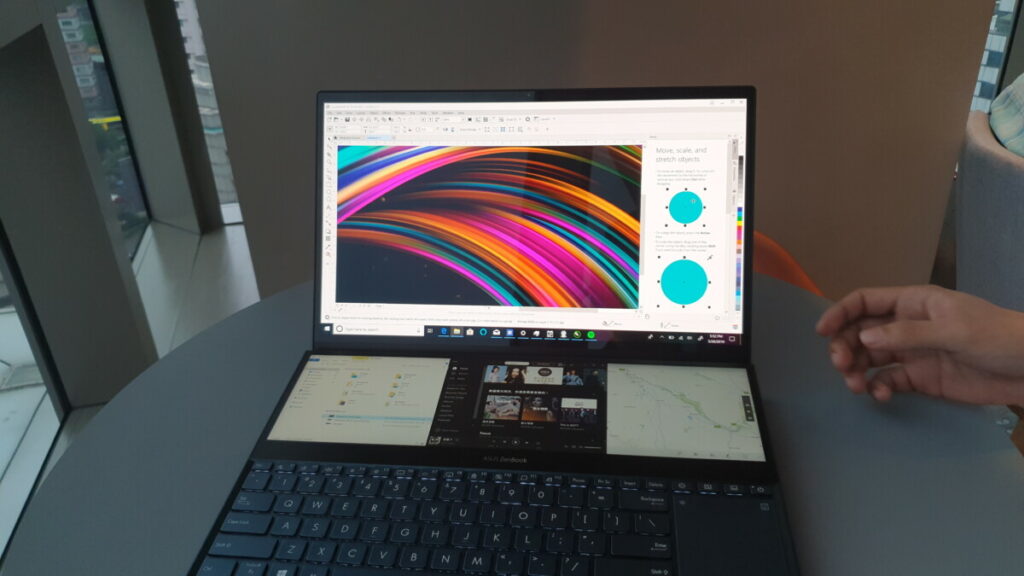 At its most basic level, you can simply use the ScreenPad Plus as a secondary display but Asus has baked-in several features to maximise its capabilities. On paper, it seems rather gimmicky but after an extensive demonstration, the secondary touchscreen and its potential capabilities is impressive indeed. 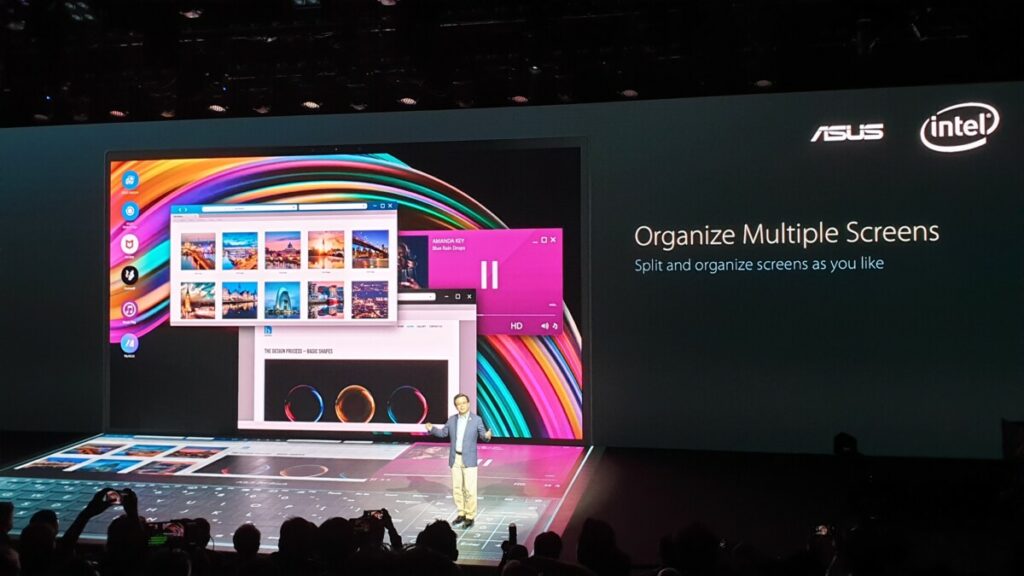 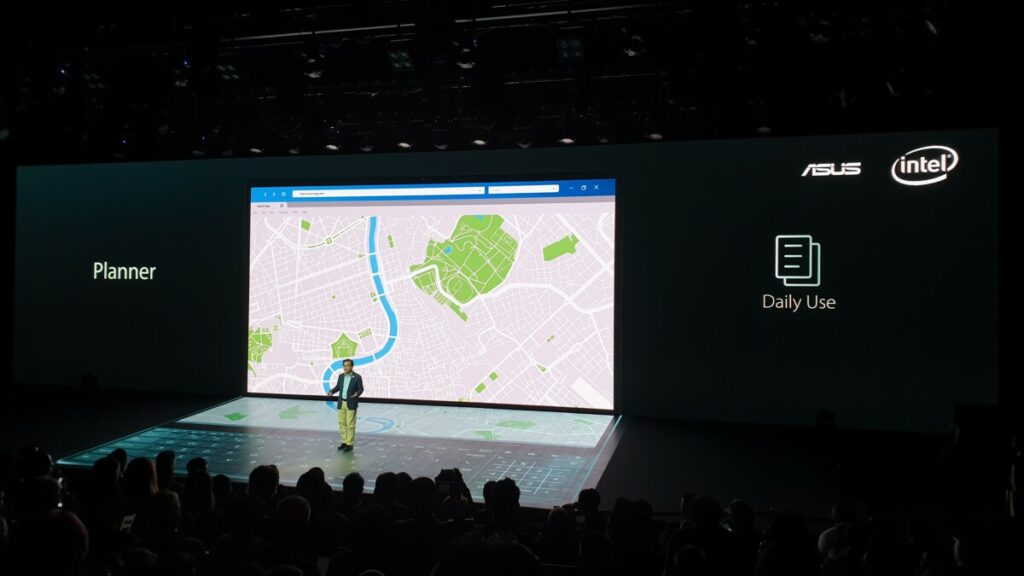 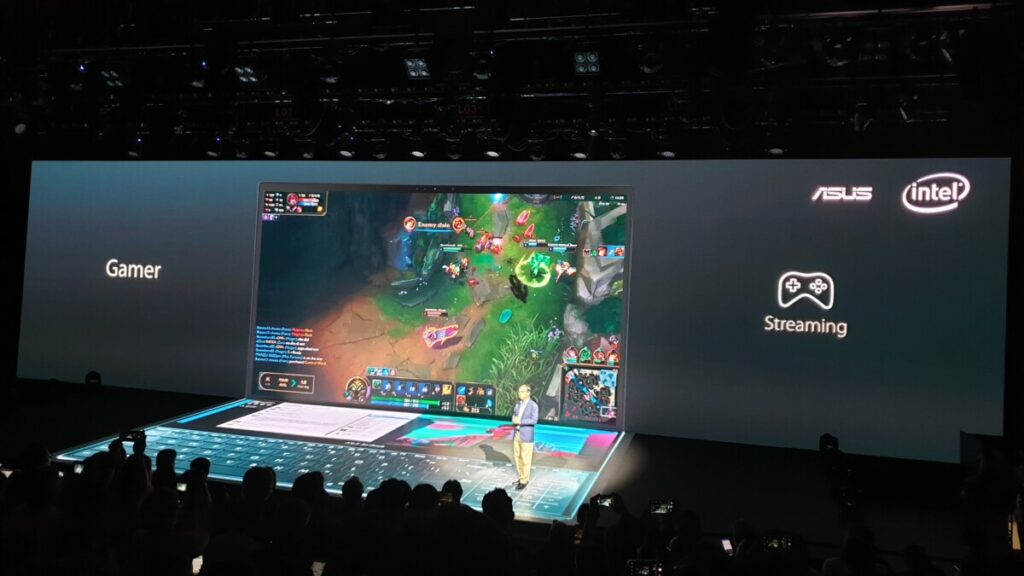 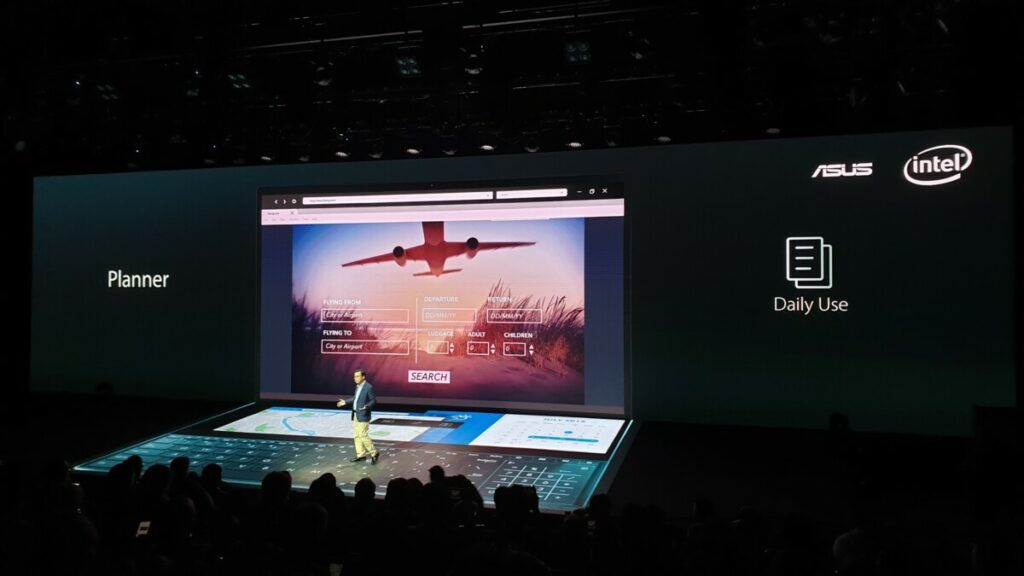 You can drag apps, toolbars and menus onto the ScreenPad Plus display to cut down on clutter on the main display, use it as a feed to monitor your social media without taking up space on the main screen or even add in app specific controls like timeline previews for video editing software or audio mixer panels for music creation software. One rather amusing demonstration has the ScreenPad Plus as the keys of a piano with the main display showing musical notation. Cool? Definitely so! 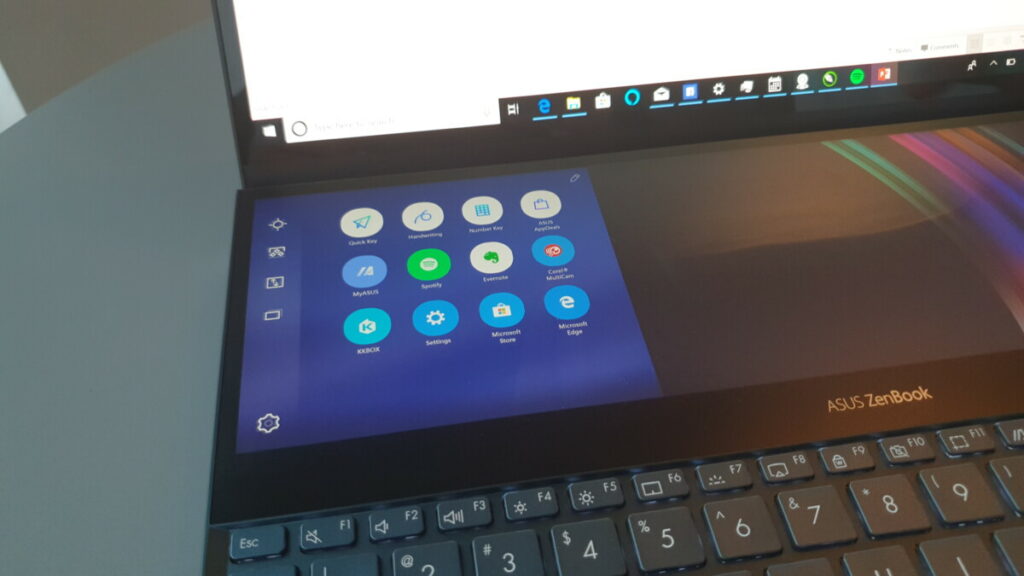 What makes it particularly tempting is that these drag-and-drop features are compatible with any Windows app; you don’t need to have a ScreenPad Plus optimised version for it to work. 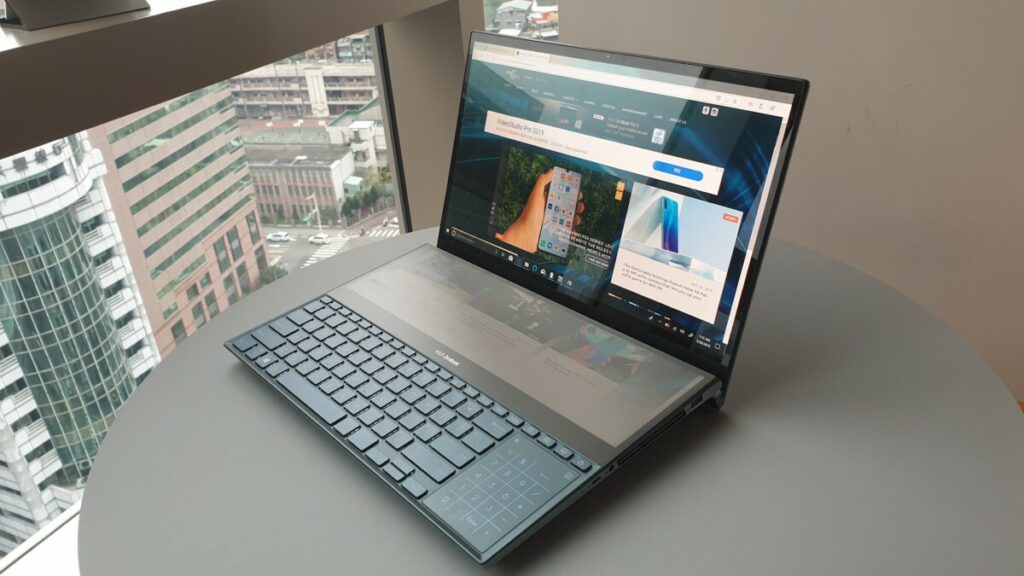 The ZenBook Pro Duo can allow you to extend the primary display down even more which is handy when viewing websites and large documents.

Another particularly impressive feature is that you can use it as an extension of the monitor, stretching whatever you’re viewing on your browser or interacting with other apps to stretch across the primary display and the ScreenPad Plus to get even more viewable screen real estate. 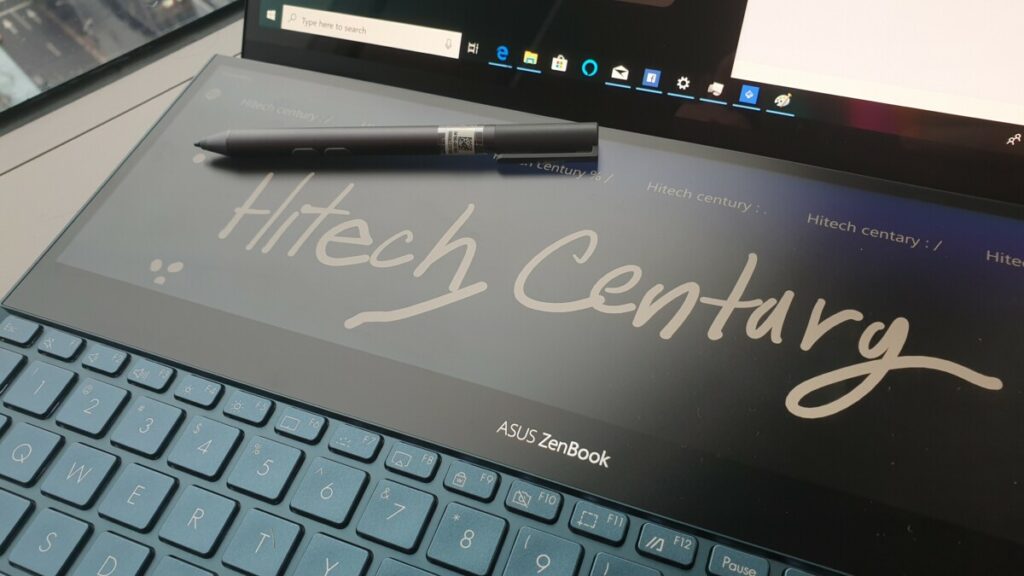 As icing on the cake, the ZenBook Pro Duo  also has Amazon Alexa as well as Cortana voice support. While no prices or availability was announced at launch, Asus also created  a pared down and more affordable variant of the ZenBook Pro Duo with slightly smaller dimensions and with a 1080P primary display paired up with a similar resolution ScreenPad Plus panel called the ZenBook Duo. Here’s how they both stack up in terms of specifications. 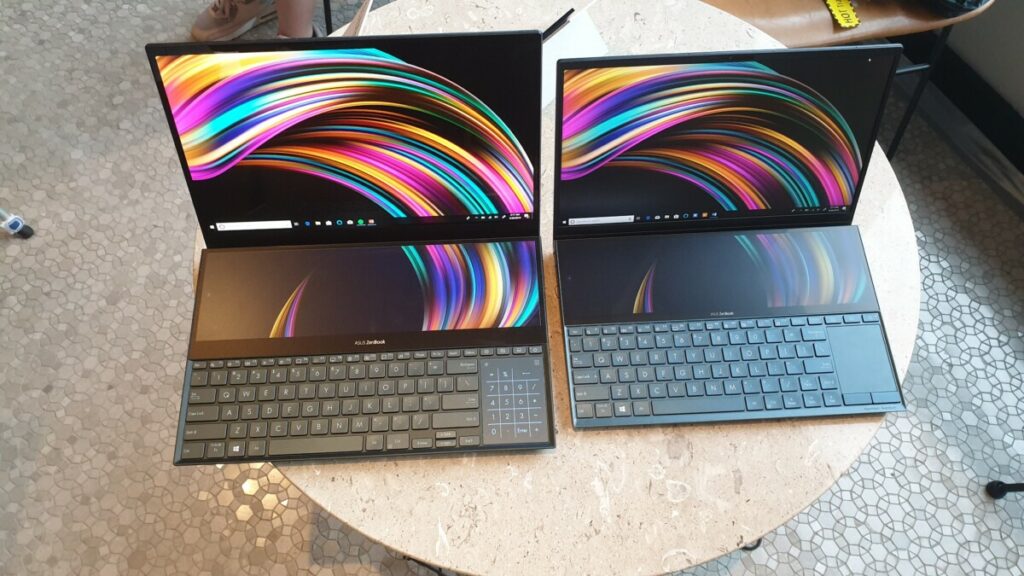 On top of the 14-inch 4K resolution ScreenPad Plus panel, the rest of the hardware on the ZenBook Pro Duo UX581 is impressively beefy. The main 15.6-inch OLED touchscreen display has 4K resolution and has been colour calibrated to be compliant with lofty DCI-P3 standards ought to endear the notebook to the creatives who need colour accuracy in their work like video editors and digital artists. 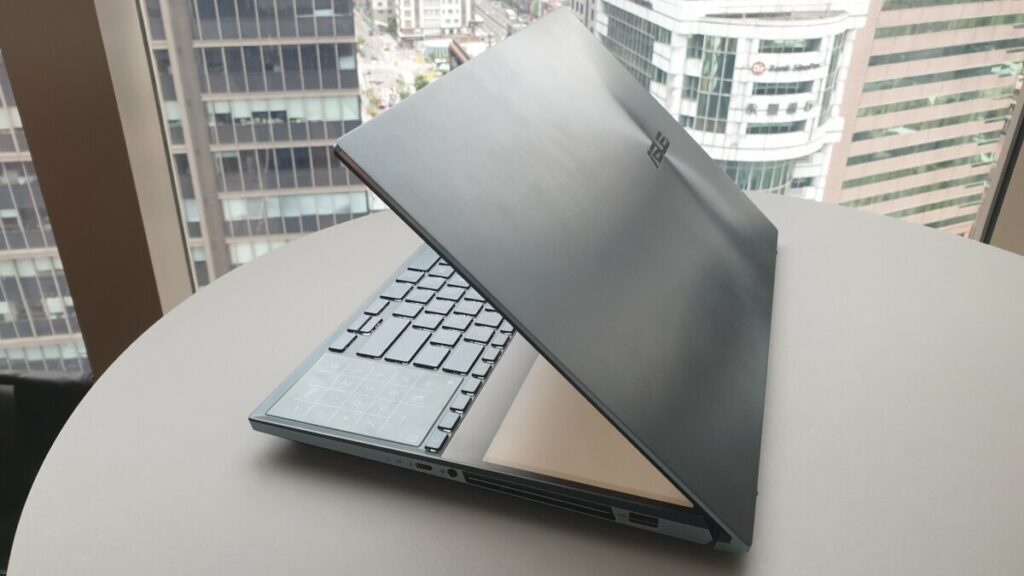 All this makes the ZenBook Pro Duo UX581 a rather impressive offering for creatives that should be able to easily tackle video editing and other intensive work without undue effort. Unfortunately it’s also on the heavy side and the whole affair weighs a rather hefty 2.5kg. The notebook also ships with a free stylus and an attachable palm rest which latches on magnetically to the base of the notebook. 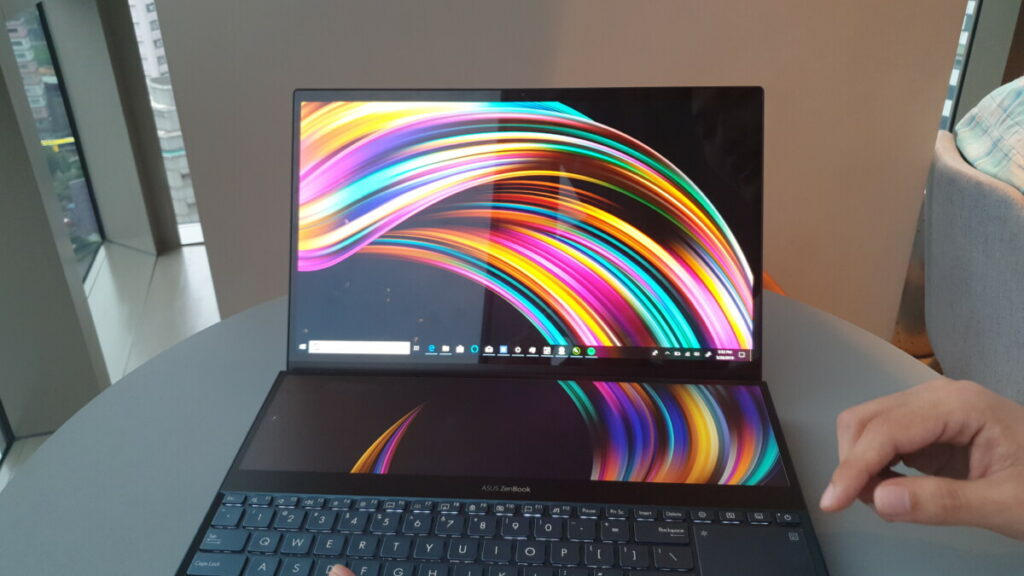 The Asus ZenBook Duo UX481 is slightly smaller and will be cheaper than the ZenBook Pro Duo though exact prices have not been established at press time. It has a 14-inch non-touch 16:9 aspect ratio display paired up with a 12.5-inch Full HD ScreenPad Plus secondary touchscreen in a similar layout bar a slightly smaller touchpad with physical left/right mouse buttons.

For hardware, the ZenBook Duo the latest Intel Core i7 processors, up to 16GB of DDR3 2,133MHz RAM, up to a 1TB PCIe x4 SSD and an NVIDIA GeForce MX250 GPU with 2GB GDDR5 VRAM graphics. Unlike it’s UX581 sibling, it does not ship with a stylus or palm rest. Keeping it juiced is a 70Wh 4-cell lithium polymer battery. Fortunately, it’s a tad lighter at 1.5kg than the larger UX581. 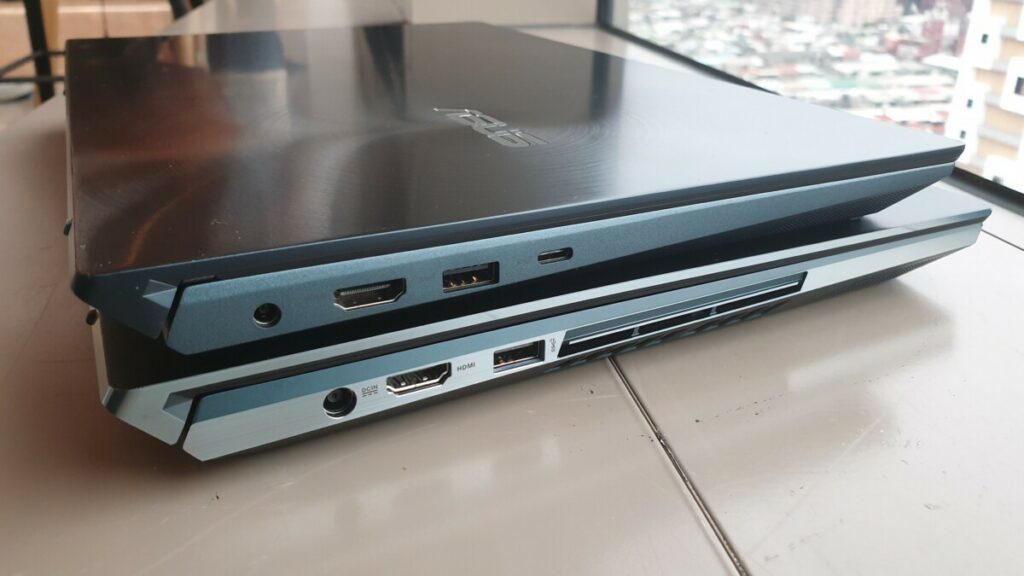 The left side of the ZenBook Pro Duo and ZenBook Duo 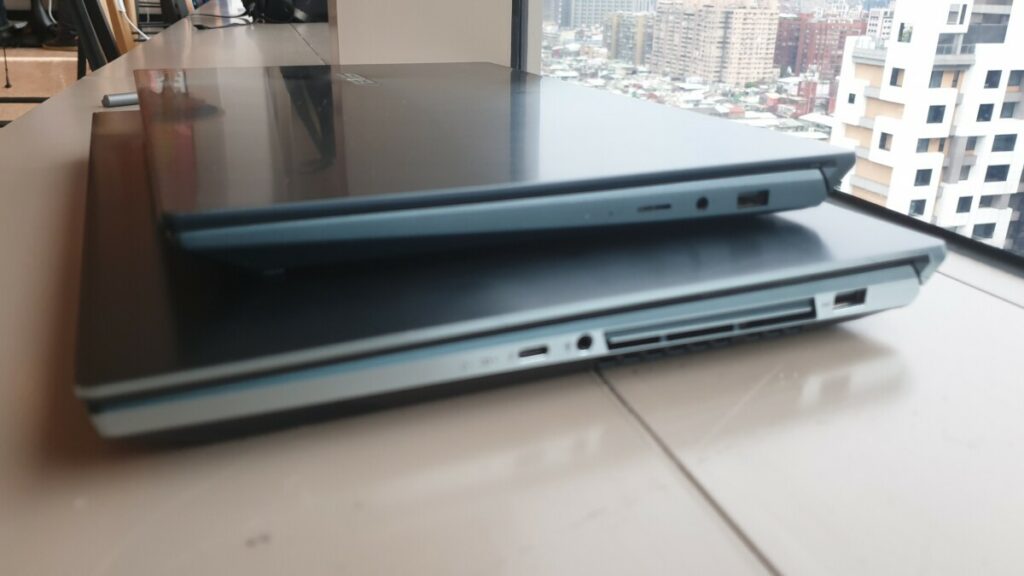 As both the Asus ZenBook Pro Duo UX581 and UX481 are spanking new, there’s no prices or availability dates bar the announcement that it will be available sometime in Q3 but there is no confirmation as yet for Malaysia but we’ll let you know once we get any details. 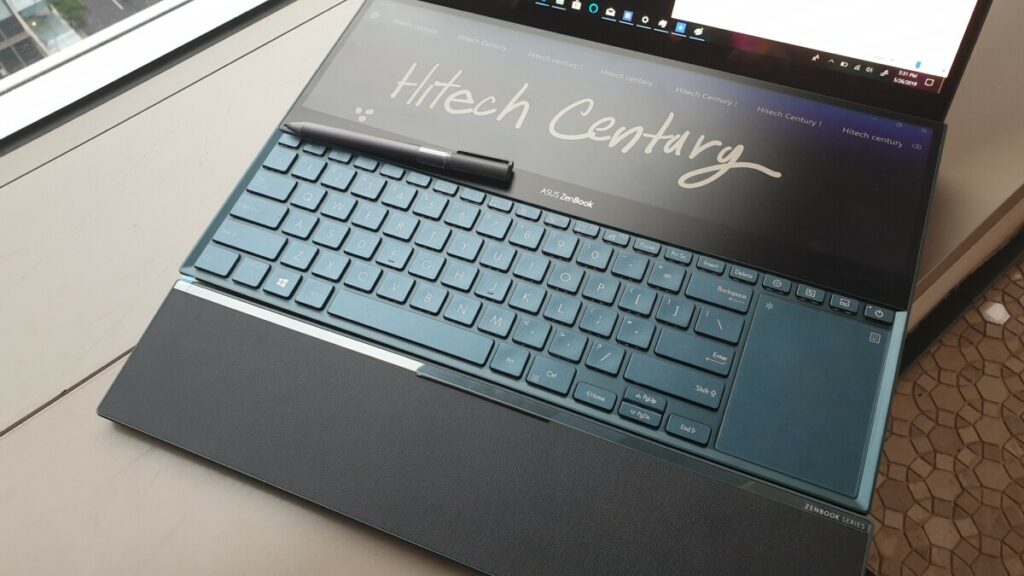