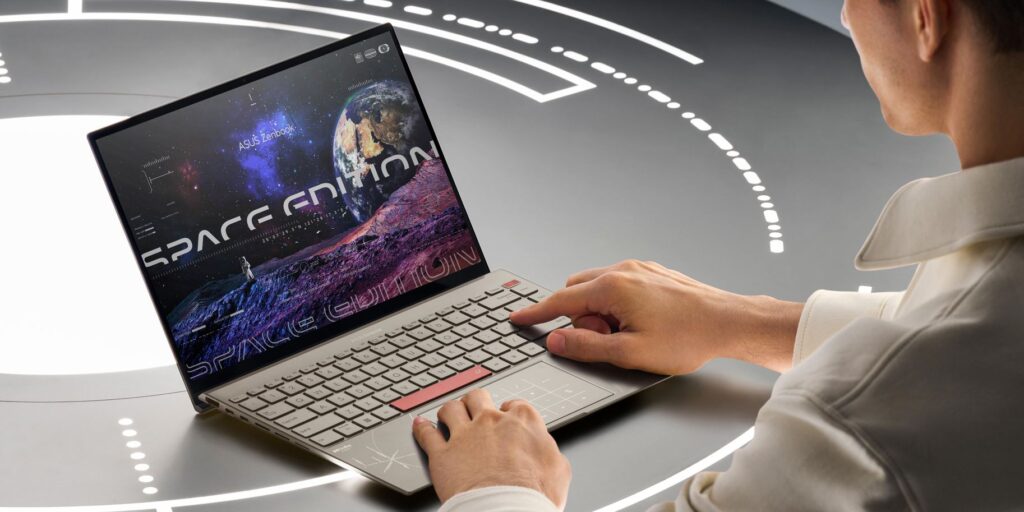 Alongside standout offerings like the new ZenBook 17 Fold OLED and ROG Flow Z13,  Asus also revealed more unusual variants of its mainstay Zenbook line such as the new ZenBook 14X OLED Space Edition that have the latest 12th Gen Intel Core CPUs, are built to higher tolerances and have a completely different design from stock models.

What is the Zenbook 14X OLED Space Edition

The Asus ‘Incredible Unfolds’ event also revealed a special edition variant Zenbook that has a ‘space-themed’ design called the Zenbook 14X OLED Space Edition with a unique Zero-G Titanium paint job and a 3.5-inch OLED display mounted on the top lid much in the fashion of some Zephyrus G14 last year.

In keeping with its Space Edition moniker, the Zenbook 14X OLED Space Edition is built tougher than a standard laptop with US Space Systems Command Standard SMC-S-016A testing certification to support extremes of temperature when operational and vibrations up to 2,000Hz. 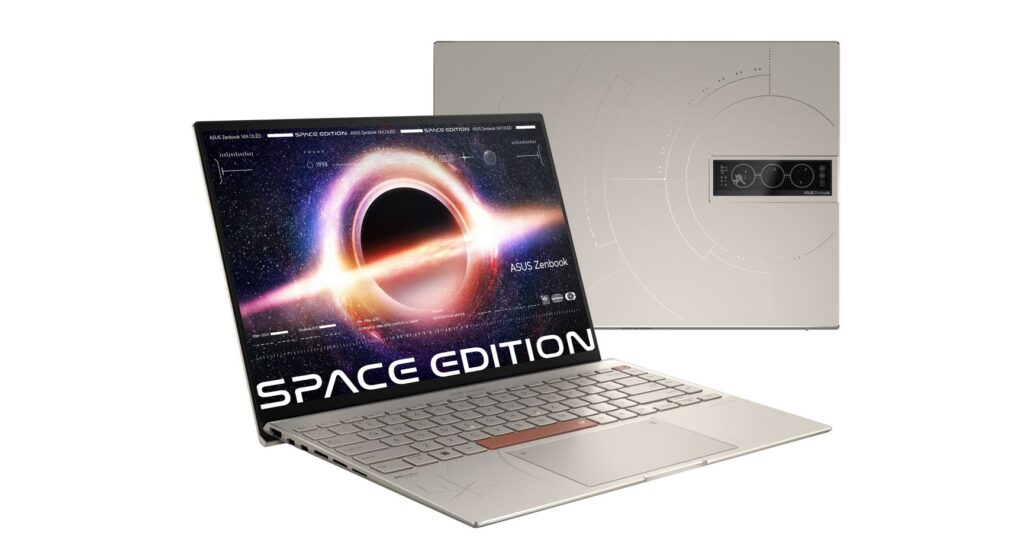 The rest of the hardware is suitably impressive as well with a 14-inch 2.8K 90Hz OLED HDR Pantone validated touchscreen with a 16:10 aspect ratio, 12th Gen Intel Core i9 H-series CPUs, up to 32GB RAM, Iris Xe graphics and WiFi 6E connectivity. There’s no official prices or availability dates yet or even if Asus will bring this variant  to Malaysia but we’ll let you know the moment we do!