The Asus TUF series of gaming laptops are renowned for being an affordable blend of performance gaming laptops with the added edge of being rather durable too with MIL-STD-810G standards of toughness. The latest additions to the line, dubbed the TUF FX505 and TUF FX705 continue that tradition with similar levels of toughness and the addition of the latest AMD Ryzen processors and NVIDIA GeForce GTX series GPUs.

The TUF FX505 and FX705 externally come in two possible colour variants with one sporting a gold steel top lid with gunmetal grey trim while the other has a more muted low profile stealth black finish. Both retain the iconic TUF ‘radiating-X’ design on the lid and are visually similar bar the larger size odntue FX705 which has a larger 16.5-inch display.

To ensure that both designs are milspec tough, the chassis has a reinforced hexagonal-shaped chassis that can survive normal drops from desk-height which would usually junk most other laptops. They both also sport Asus’ HyperCool tech that ensures consistent cooling event under intensive gaming. 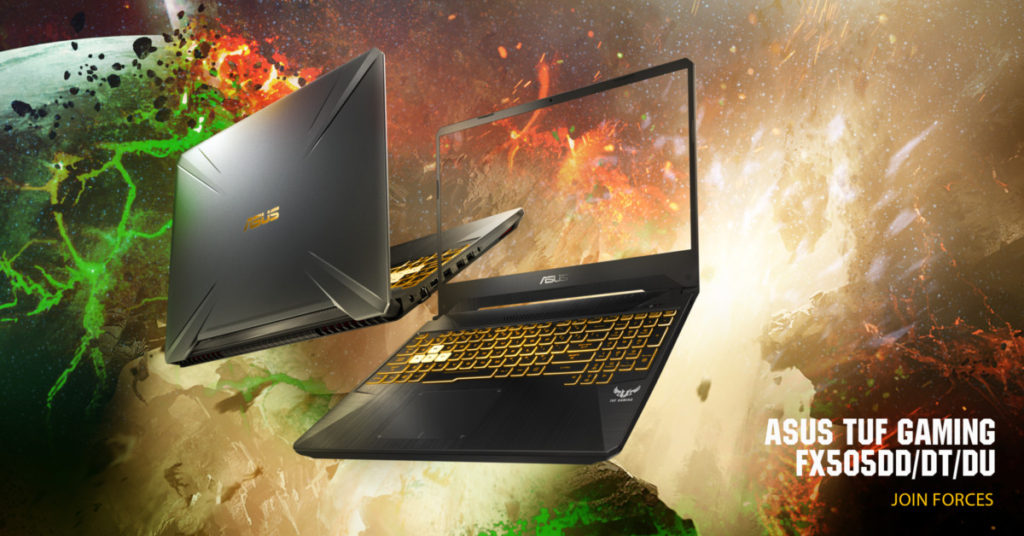 In terms of specifications, the TUF FX505 comes in multiple variants depending up region but if you can get it kitted out with up to a 15.6-inch matte FHD display with either 120Hz or 60Hz refresh rate, either an AMD Ryzen 7 3750H or AMD Ryzen 5 3550H CPU, both with with Radeon Vega Mobile Gfx graphics Gfx graphics and up to 32GB DDR4 RAM and up to an NVIDIA GeForce GTX 1660 Ti GPU. Storage options run to a choice of up to 1TB Firecuda hard disks, a 1TB 5400rpm hard disk and up to a 512GB PCIe SSD.

There is no word yet on local price or availability but it is slated for an official global debut in Q2. In the meantime, you can check how its current generation sibling which we tested last year fared here. 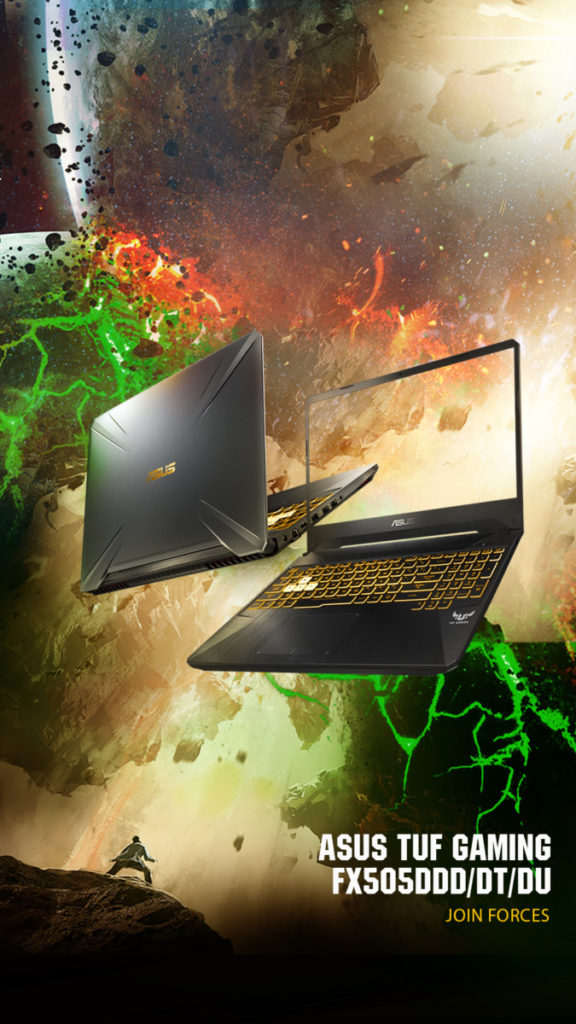