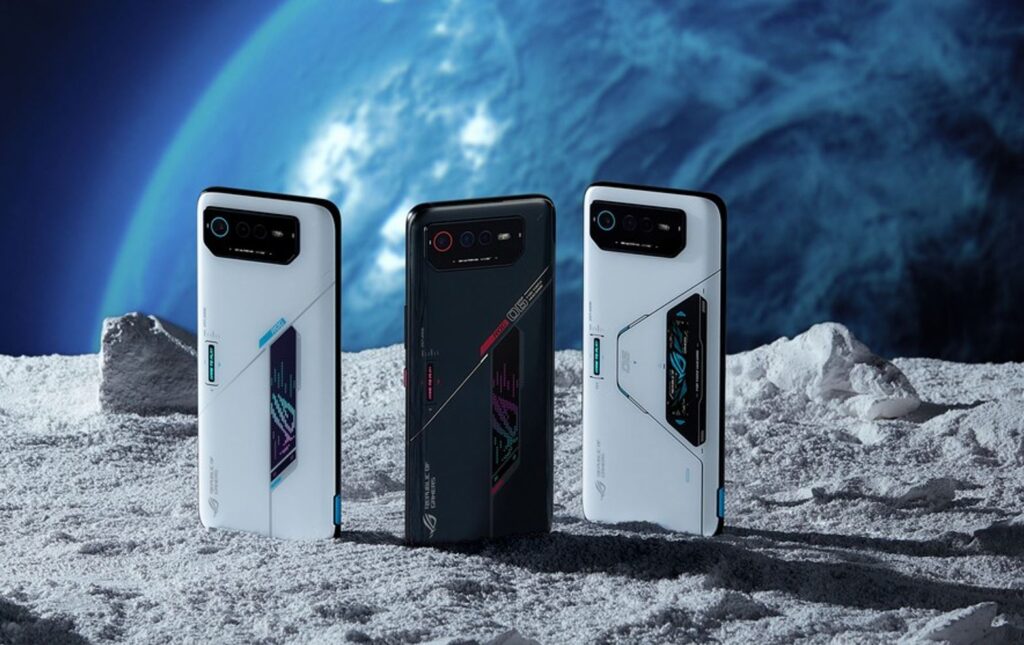 While any smartphone can tackle short spurts of gaming to a modest degree, not all can handle sustained, intensive gaming nor are they specialised tackling the sheer amount of heat in doing so but the ASUS ROG Phones have managed to carve out a successful niche as the de facto phones for serious mobile gamers.

Their sixth generation gaming phones, dubbed the ROG Phone 6 series  have just been revealed in a live streamed launch and are now up for preorders in Malaysia with a host of free gifts worth RM548. 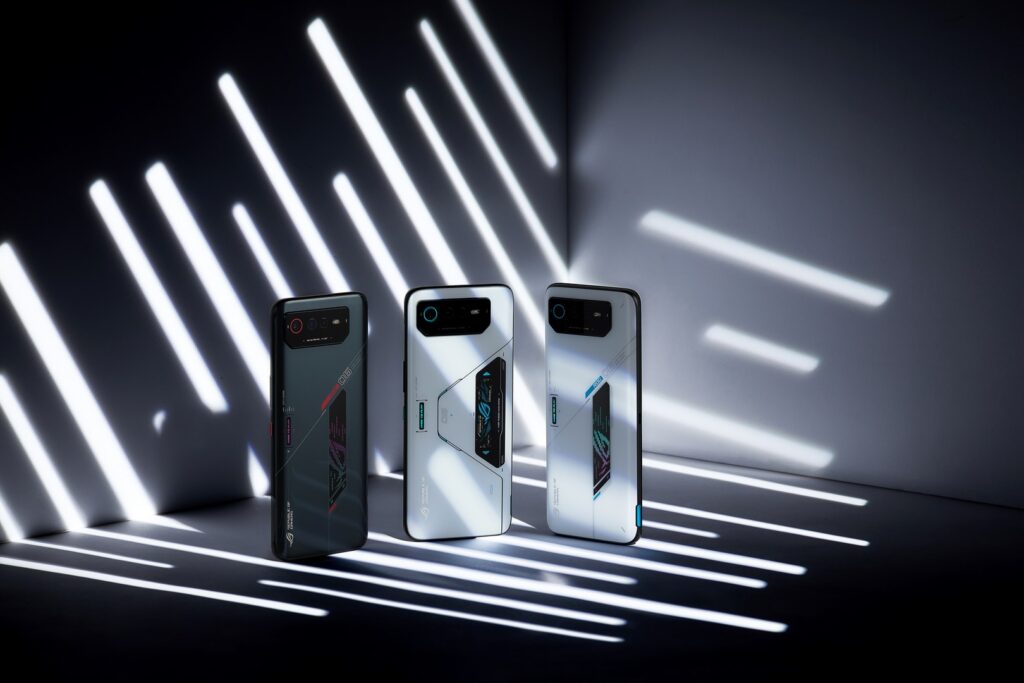 The new ASUS ROG Phone 6 is the successor to last year’s ROG Phone 5 with enhancements across the board while retaining a similar form factor that optimises landscape-style gaming like a console controller.

Notable upgrades this year include splash proofing to the tune of an IPX4 rating so that it can survive the odd splash of liquid or two along with the customary upgrades to the display, processor, cameras and overall hardware.

The biggest improvement this time around for the new ROG Phone 6 series is how it handles cooling with the phone employing multiple solutions to effectively handle excess heat.

For short gaming sessions, the ROG Phone 6 relies on what they refer to as 360-degree CPU cooling to cool both the bottom and the top of the processor. This is achieved by injecting 3g of a boron nitride thermal compound to offer up to 10°C cooling improvements.

For longer term gaming, the ROG Phone 6 plonks the CPU right in the middle of the phone like its predecessors did but adds in a 30% larger vapour chamber and 85% larger graphite sheets than the ROG Phone 5. Last but not least, the ROG Phone 6 adds in their AeroActive Cooler 6 attachment that adds in 4 additional buttons, an integrated kickstand and an improved cooling system.

The ROG Phone 6 comes with a 6.78-inch Samsung manufactured AMOLED display with FHD+ (2,448 x 1080 pixel) resolution and a whopping 165Hz dynamic refresh rate while featuring a 1,000,000:1 contrast ratio and an impressive peak 800 nits brightness and 111.23% DCI-P3 colour accuracy which means it covers additional hues beyond what the standard DCI-P3 colour gamut is rated for to offer superior colour accuracy. Sound is provided by an exceptionally powerful set of stereo 5-magnet Sper Linear Speakers.

Added to this is the latest Qualcomm Snapdragon 8+ Gen 1 processor built on a 4nm process with an Adreno 730 GPU which is a step above the current Snapdragon 8 Gen 1 processor. Storage maxes out at up to 512GB UFS 3.1 storage and up to 16GB LPDDR5 RAM though Malaysia will get two ROG Phone 6 storage variants with one packing 12GB RAM/256GB storage and another featuring 16GB RAM/512GB storage.

The rear features a triple camera setup with a 50MP camera using a Sony IMX766 sensor and electronic image stabilisation paired with a 13MP ultra wide angle camera and a macro camera with the whole affair capable of up to 8K@24fps video capture and even 4K@120fps slow motion video. The front sports a 12MP selfie camera. The ROG Phone 6 also features an RGB ROG logo that lights up for aesthetics and for colour coded notifications.

Keeping the ROG Phone 6 powered are two 3,000mAh batteries to offer up to 6,000mAh capacity fed off a primary and secondary side-mounted USB-C connector, both of which support fast charging via Power Delivery 3.0. 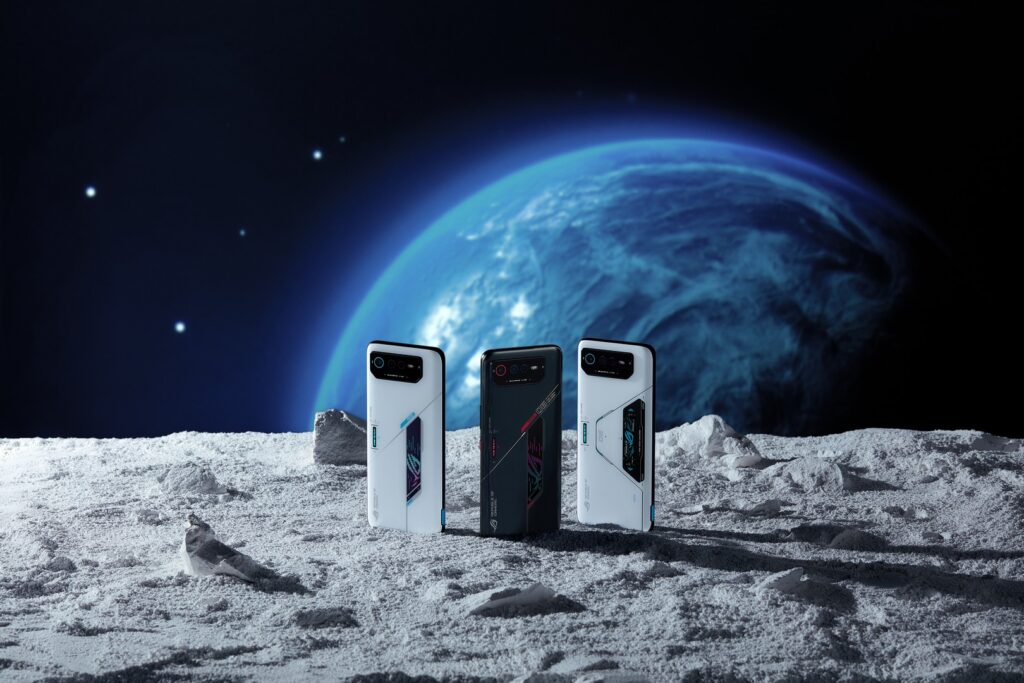 For users that demand even more powerful performance, the ROG Phone 6 Pro beckons. It has much of the same hardware as the ROG Phone 6 including the same Snapdragon 8+ Gen1 processor but ups the ante with up to an insane 18GB LPDDR5 RAM and up to 512GB UFS 3.1 storage. Rather than the standard RGB ROG logo on the backplate, it features a full-on PAMOLED display with selectable animations to add an impressive amount of gamer bling.

The ROG Phone 6 Malaysia launch will consist of two variants with a street date of early August 2022 and a preorder programme that kicks off tomorrow on 6th July 2022 all the way to 30th July 2022 exclusively on Shopee. The beefier ROG Phone 6 Pro will only be arriving in retail a month later in September 2022. 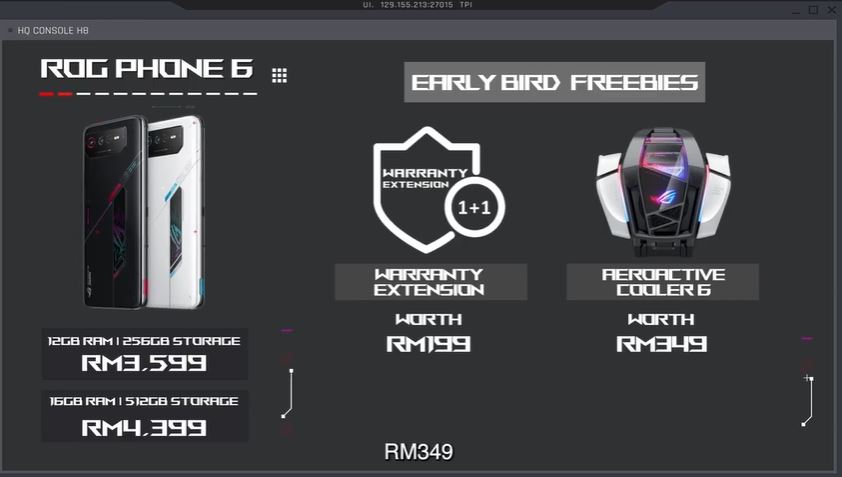 Early bird preorders will get a free ROG AeroActive Cooler 6 accessory worth RM349 and a generous 1+1 warranty extension for the phone itself worth RM199 for a collective total of RM548. 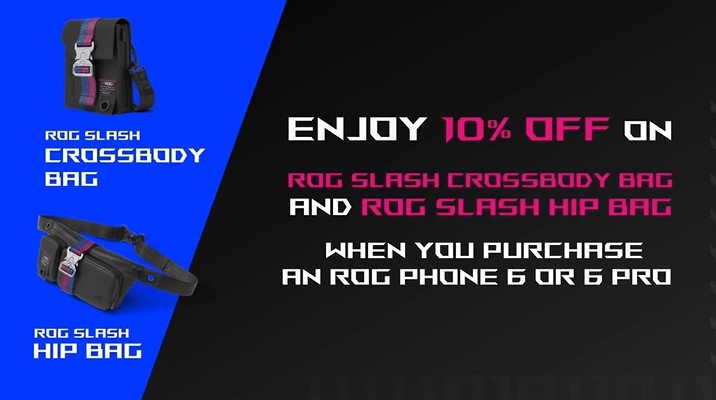 If you aim to purchase it separately, the ROG AeroActive Cooler 6 attachment costs RM349. You can also acquire the Kunai 3 Gamepad for the mainline ROG Phone 6 for RM499. For more details and to preorder the phone, check out their official ROG Phone 6 page at https://rog.asus.com/my/phones/rog-phone-6-model/