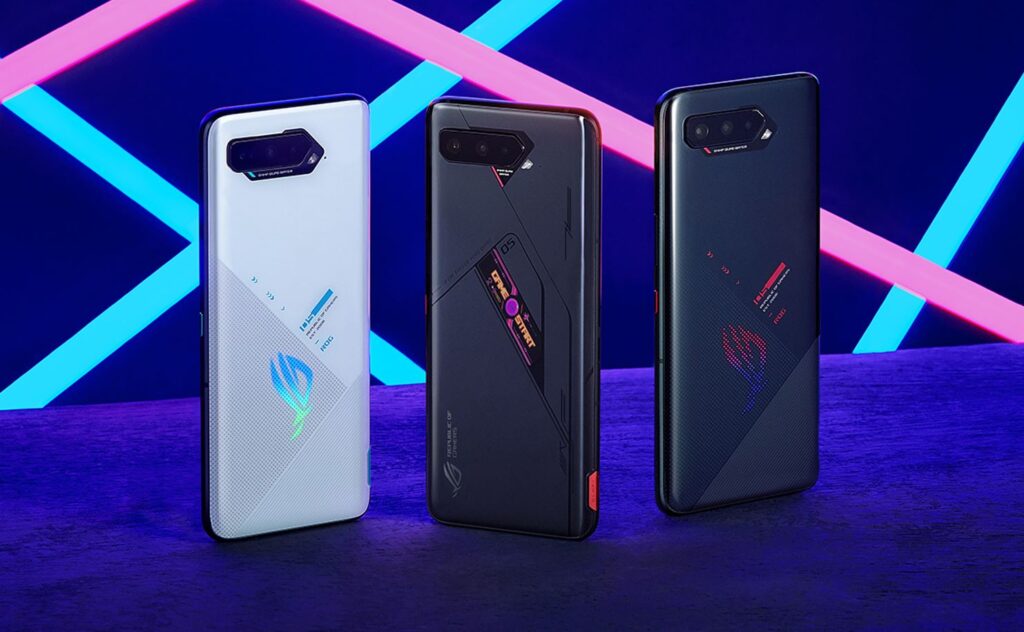 The ROG Phone 5s Malaysia launch is imminent as ASUS is bringing in these portable powerhouses that can tackle any mobile game. Slated for imminent deployment is the ROG Phone 5s and the more powerful ROG Phone 5s Pro to our shores with preorders commencing now until 24th Otober 2021.

Aesthetically speaking, the new ROG Phone 5s series are visually identical to their predecessors, the ROG Phone 5 series that was launched earlier this year with the S suffix indicating the usage of the more powerful Snapdragon 888 Plus processors. 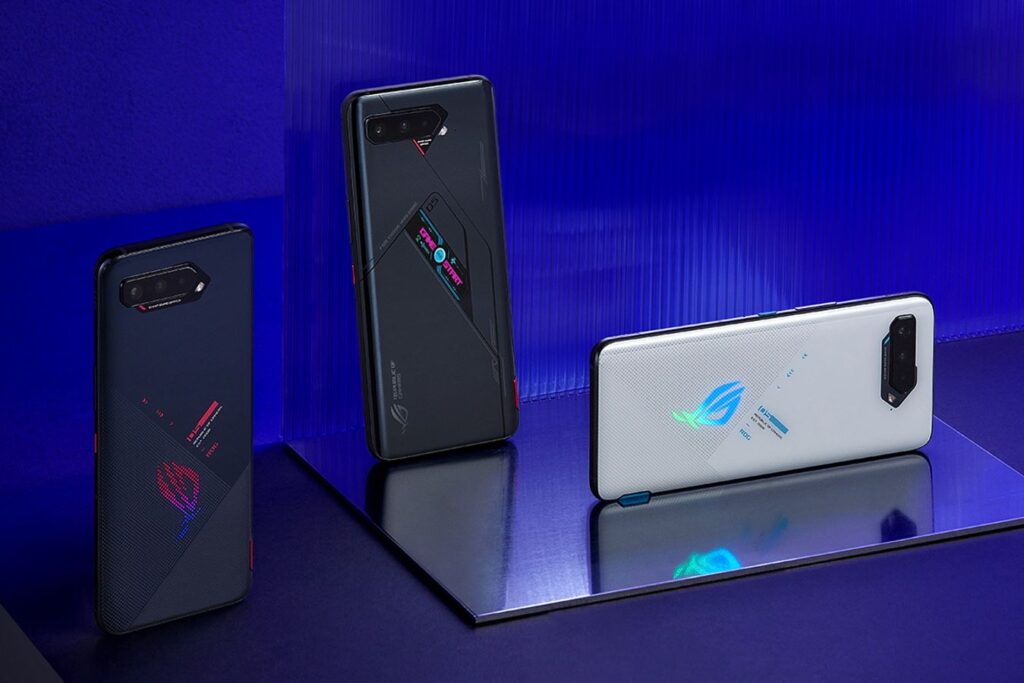 The ROG Phone 5s Malaysia launch units will come in either Phantom Black or Storm White though the Pro variant only comes in the former.

The ROG Phone 5s and ROG Phone 5s Pro are almost identical save for differences in storage. The top of the line ROG Phone 5s Pro runs on the aforementioned Snapdragon 888 Plus with 5G connectivity, features a 6.78-inch Samsung E4 AMOLED display with 111.23% DCI-P3 colour gamut coverage sheathed in Gorilla Glass Victus, features a staggering 18GB DDR5 RAM and has 512GB storage. 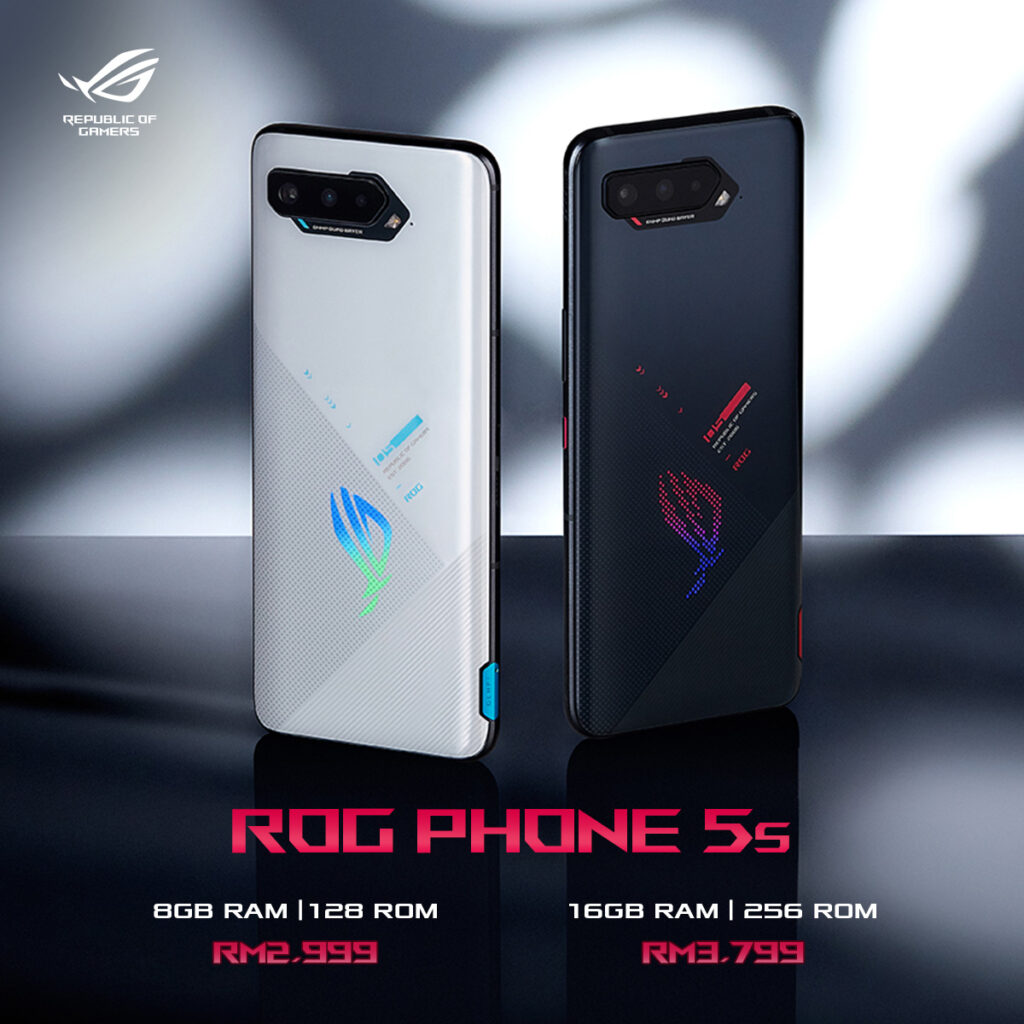 On top of the shoulder mounted ultrasonic AIrTrigger 5 sensors, the Pro model features underside rear touch sensors for additional control options. Other mod-cons include WiFi 6E, NFC, Bluetooth 5.2 and the phone is powered by a 6,000mAh battery with bottom and side mounted USB-ports for in-game charging. All this costs you a princely RM4,999 and they throw in a free Aeroactive cooler and ROG Vision.

Slightly lower down the totem pole is the conventional ROG Phone 5s that is almost identical with the same display and processor  while lacking the underside touch sensors with the 16GB RAM/256GB storage for RM3,799 or 8GB RAM and 128GB storage fo RM2,999. Unfortunately, they don’t throw in the AeroActive cooler included in the Pro versions.

All three versions of the ASUS ROG Phone 5s series will be available in Malaysia from October 21st onwards. If you’re fairly fast on the draw and purchase from ASUS’s official dealers and from Lazada from now until October 24th, you’ll get a free ROG Strix GO 2.4 when you buy any of the ROG Phone 5s and get a free RM100 discount if you buy the ROG Phone 5s and an ROG Clip at the same time. For more details, check out the official link https://my.rog.gg/ROG_Phone_5s_WTB 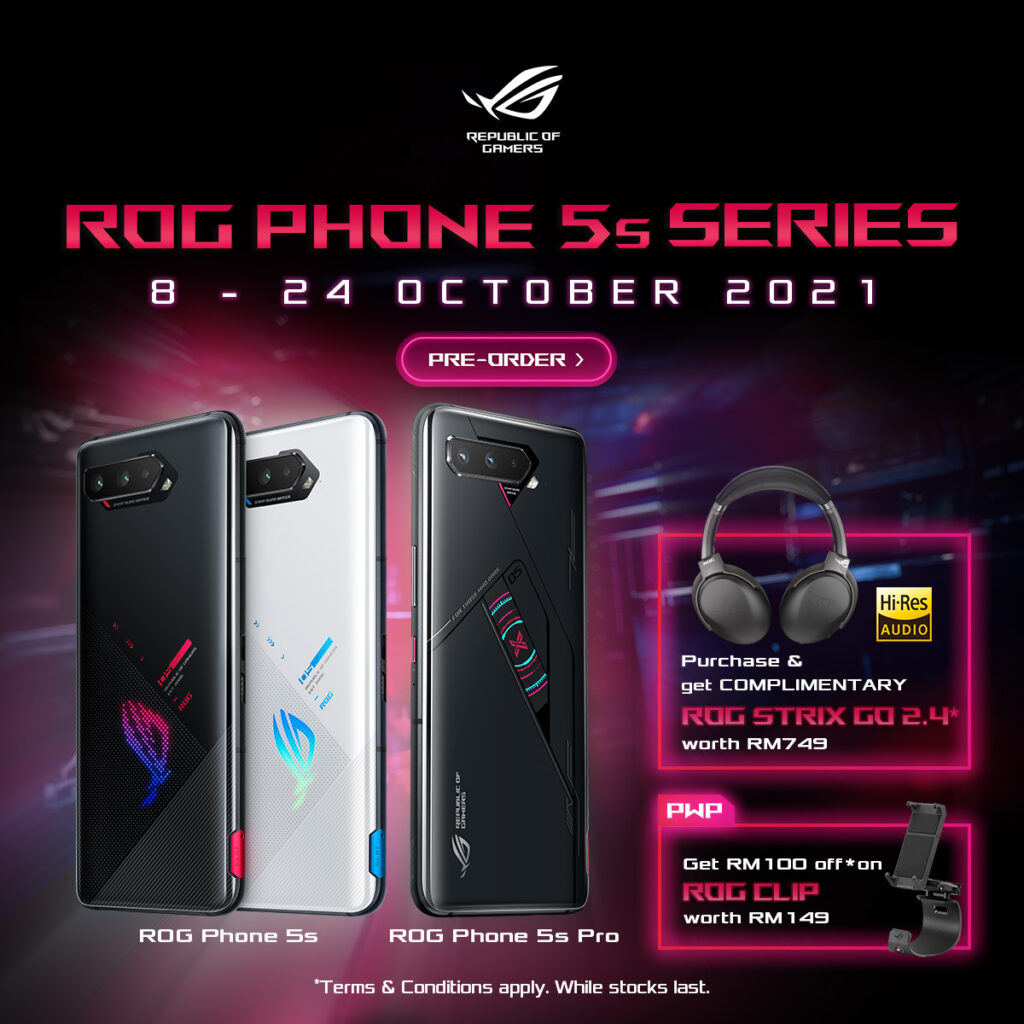