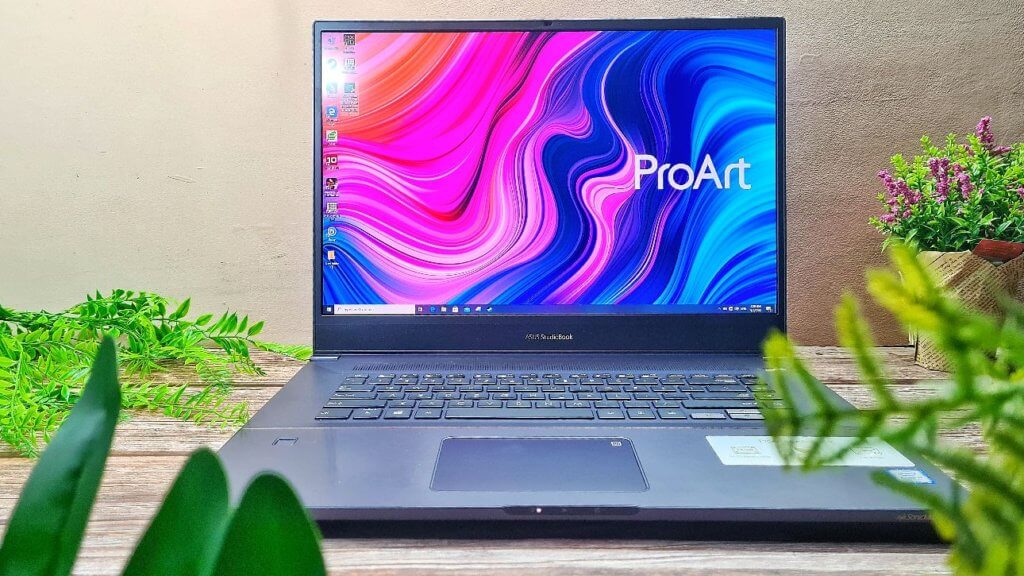 ASUS has been increasing their lead of late in the breadth and depth of their product line-up with a range of refreshed ZenBooks, a foray into business laptops with their B9 B9450 and their usual array of gaming rigs from their ROG sub-brand though they’re now attempting to carve a niche in a very different crowd with their new ProArt range of professional workstations.

Intended as a midrange workstation solution for number crunching, CAD and other high-end applications, the ASUS ProArt StudioBook Pro 17 W700 series comes in three sub configurations that differ in terms of what NVIDIA Quadro card they pack as well as how much RAM they have though all of them have a similarly high quality 17-inch display, 10th Gen Intel Core i7 CPU processor and slim external chassis. 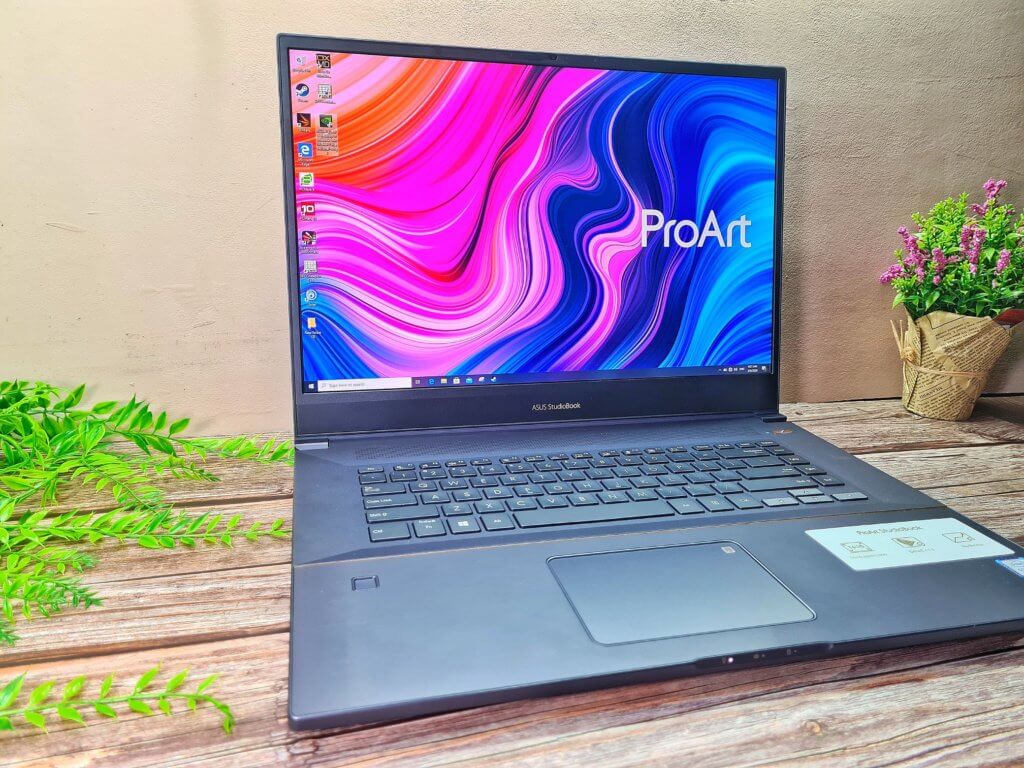 You can also optionally acquire the laptop with Intel Xeon E-2276M processors or a consumer-grade RTX2060 GPU. Our review sample, designated as the ASUS ProArt StudioBook Pro 17 W700G2T strikes a middle ground between all three variants.

There aren’t many freebies or additional accessories bundled with the laptop save for what’s needed to get it running with the laptop itself encased in a protective plastic sleeve, a power brick to juice it stuffed into a separate box and a USB-to-LAN ethernet adapter as a contingency measure.

Once you flip open the ProArt StudioBook Pro 17 W700G2T, you’ll immediately appreciate the amount of effort that ASUS has gone into crafting it as it has exceptional build quality that matches its rather lofty asking price.

Taking lessons learned from the Zephyrus and B9 range that were launched earlier this year, the ProArt StudioBook Pro 17 W700G2T implements a magnesium alloy to create the chassis which is a surprisingly slim 18.4mm thin while weighing in at 2.39kg which is understandable seeing the efforts they’ve gone into installing substantial cooling systems into it.

Externally, the laptop sports a matte black brushed metal finish embellished with gold trim at key points, all of which lend it a very premium look.

The top lid of the laptop is well built with almost no give or play save if you prod it hard in the middle though it is a testament to its durability that this does not affect the display in the slightest. 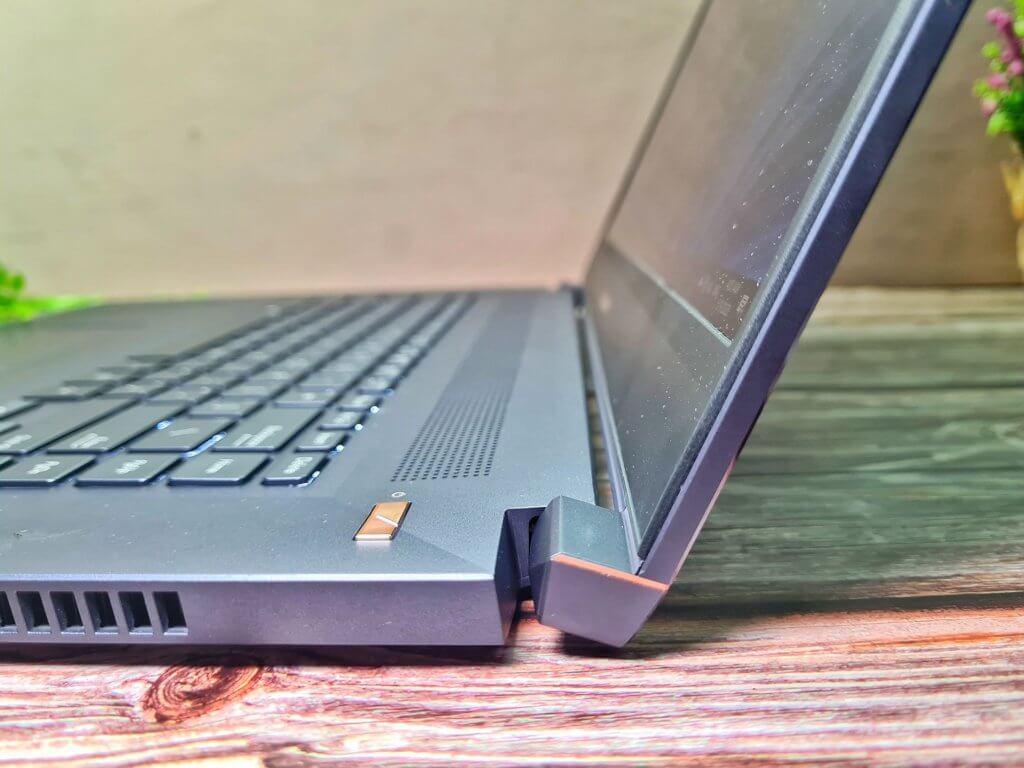 The hinges prove to be well built and sturdy, allowing you to lay the display a full 180-degrees flat but they’re also a bit stiff. You can’t open the laptop one-handed and you’ll need both hands to flip it open in one go. While there’s a groove cut into the bottom lip of the laptop to make it easier for your fingers to find purchase, it’s still a tough proposition to do it one-handed.

As far as ports go, the notebook proves to be very well equipped though it does not exactly have the most sound placement. The right side is pleasantly neat with only a pair of USB 3.1 Gen 2 USB Type-A ports while the left is inordinately cluttered. You get the power jack, a Thunder 3 USB-C port, a  HDMI 2.0 port, a USB 3.1 Gen 2 port, a combo audio jack and an SD card reader. 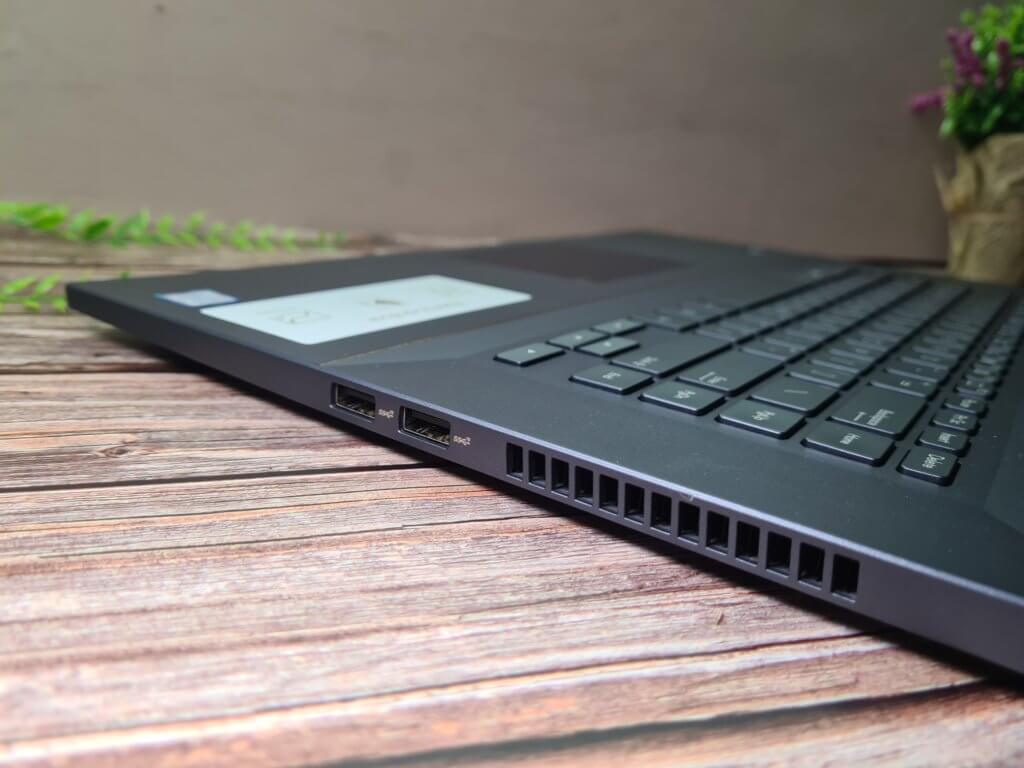 The rear, as mentioned, is unutilised save for a series of cooling vents. If they emplaced the power jack here, it’d make things a lot neater while keeping the power cable out of the way. 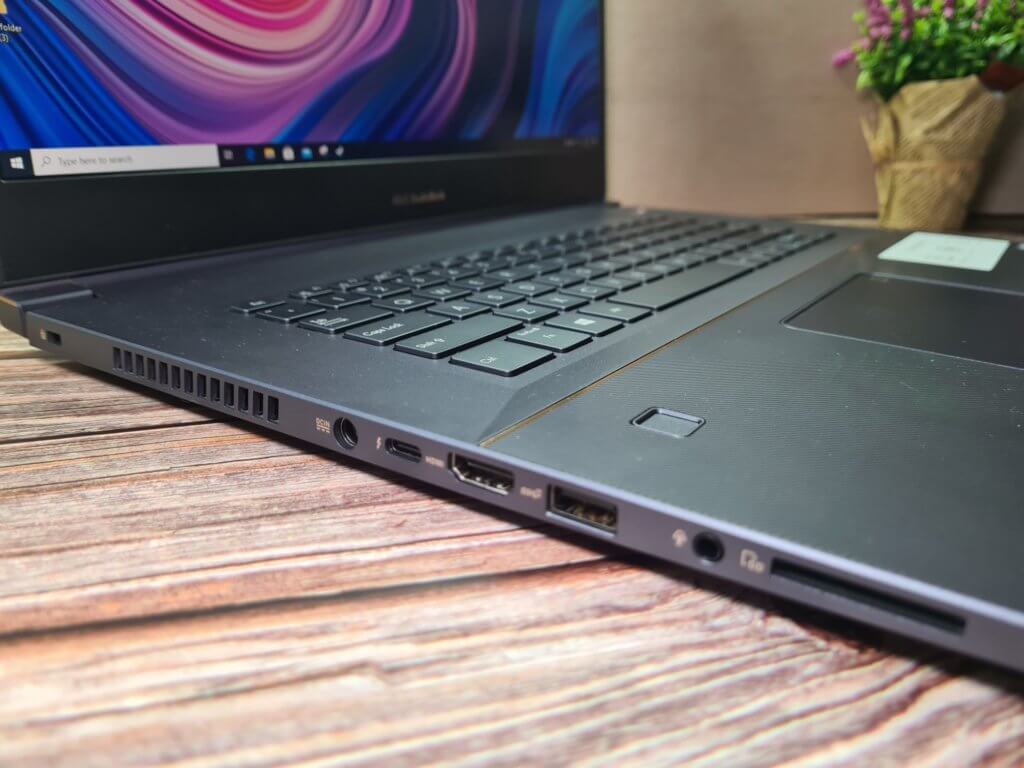 The underside of the ProArt StudioBook Pro 17 W700G2T comes with an elaborate ventilation grille that’s both functional and decorative in equal measure with rubber feet lining the edges to prevent it from slipping on an angled surface. 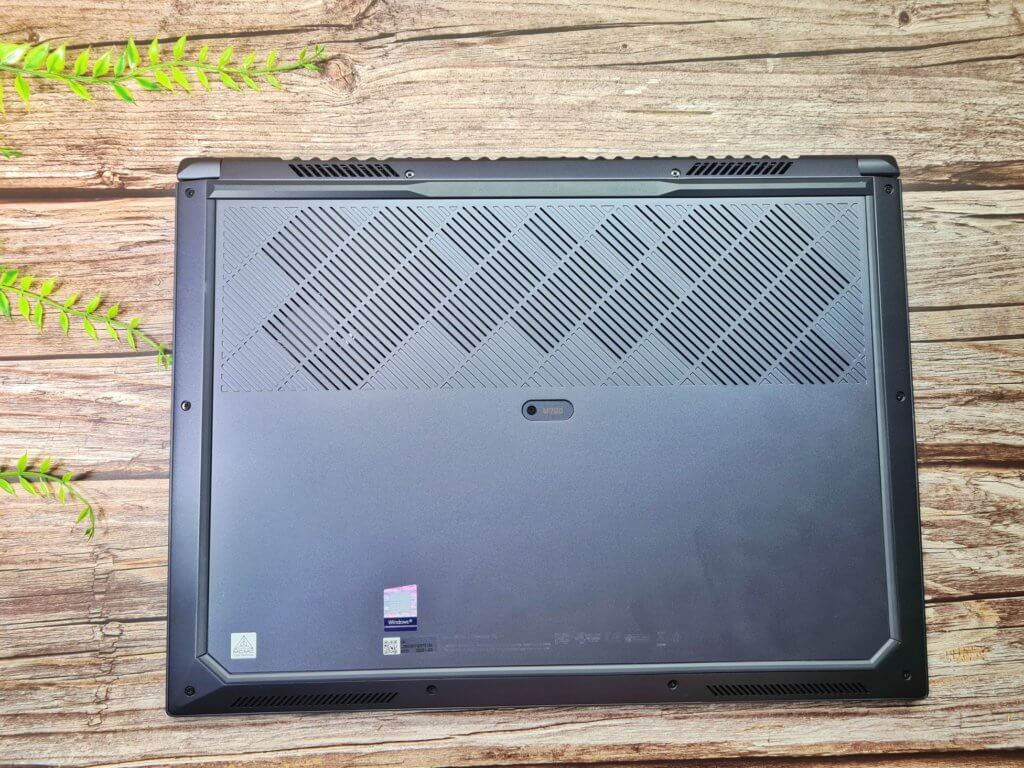 Pop the lid open and you’re greeted by a rather compact white-LED backlit keyboard with the typical touchpad replaced by an ASUS NumPad which overlays a numeric keypad on top of the touchpad in order to offer the best of both worlds.

Of particular benefit for users are the generous wrist rests which allow even the most large-handed users plenty of space to rest their wrists for a comfortable typing experience. 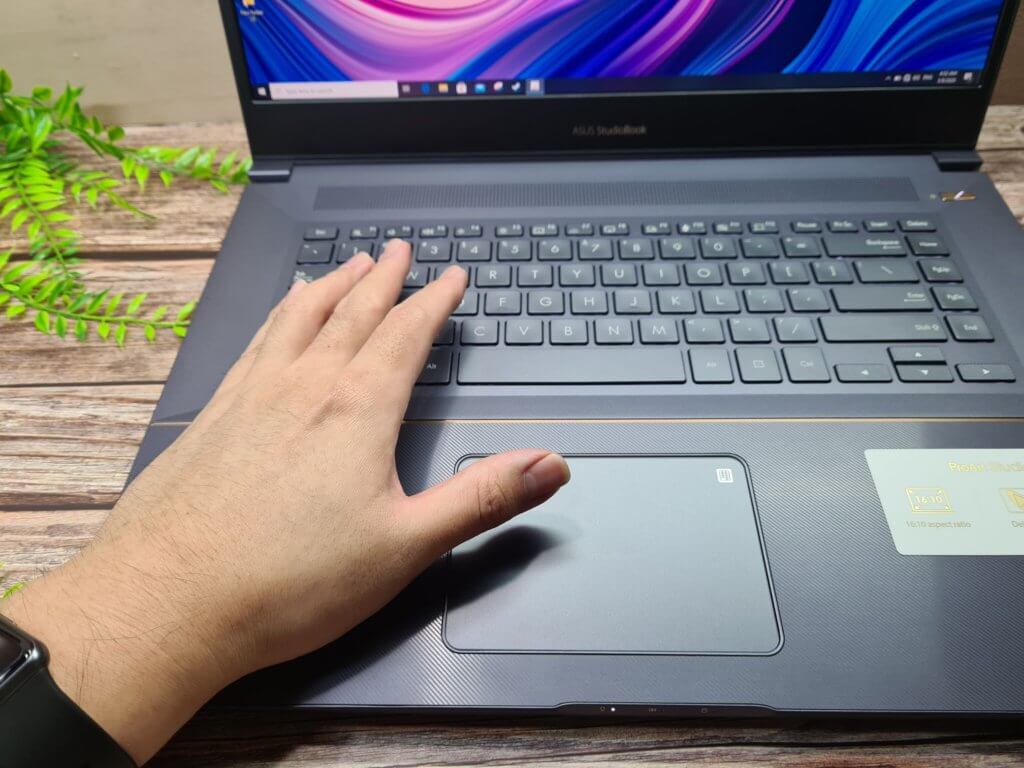 What makes the ProArt StudioBook Pro 17 W700G2T particularly interesting is its display as it manages to cram in a 17-inch display in a 15-inch notebook form factor. The matte panel 17-inch 1,900 x 1,200 pixel panel has a tall 16:10 aspect ratio which makes it an ideal choice for scrolling through documents and websites. 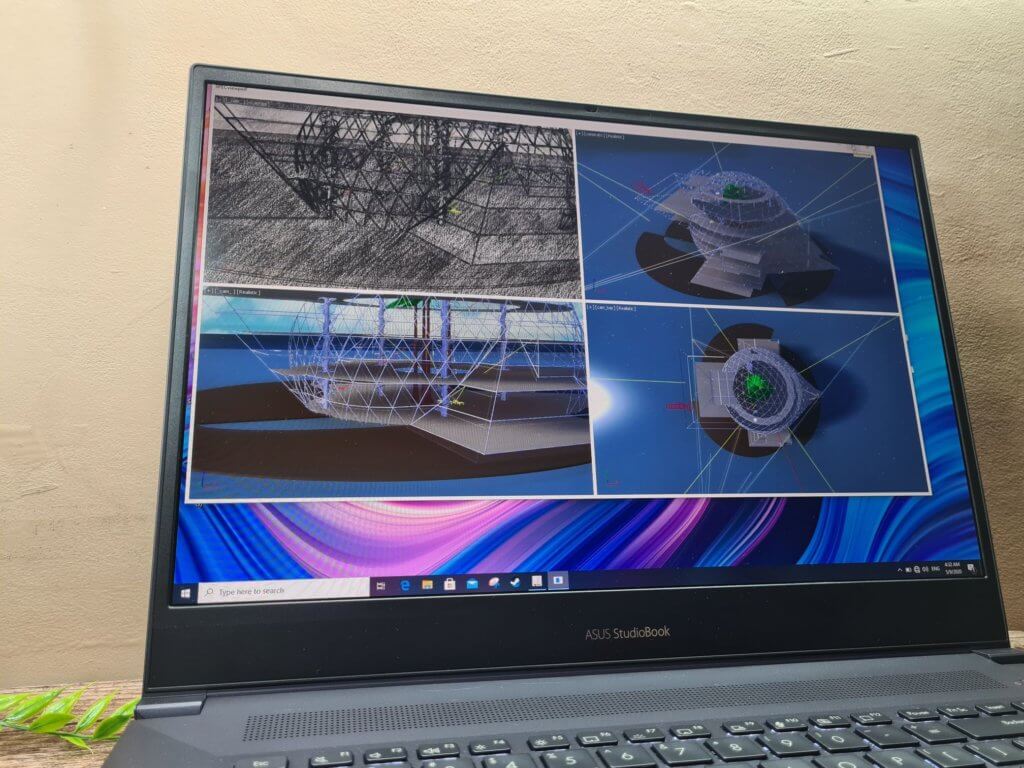 Not only does it offer more screen real estate, the panel is colour calibrated too with 100%sRGB, 98% DCI P3 and it also has Pantone certification which makes it fantastic for professions that need faithful colour reproduction like desktop artists, video editors and the like.

Unfortunately, the panel is capped at a 60Hz refresh rate which is typically not an issue for content creators and seeing as this is intended purely for work, it’s not a deal breaker by any means.

At first blush, ASUS has not cut any corners in terms of quality control with excellent fittings and build quality though some aspects of it could be better executed like the cluttered port placement and somewhat stiff hinges.

Our specific unit of the ASUS ProArt StudioBook Pro 17 W700G2T came with the following specifications:

Even though the 11th Gen Intel Core processors have been announced, the laptops 10th Gen Coffee Lake CPUs still have plenty of bite left in them and it will be quite some time before the new 11th Gen Tiger Lake CPUs enter service in any workstation much less any laptop.

While the provided RAM and single solid state drive seem rather modest, the laptop fortunately has an additional SSD bay and the RAM is not soldered on so you can theoretically add in up to 64GB of RAM and two SSDs. Other mod-cons include WiFi 6 connectivity and the provided adapter means you can take advantage of a USB port to get a wired Ethernet connection. 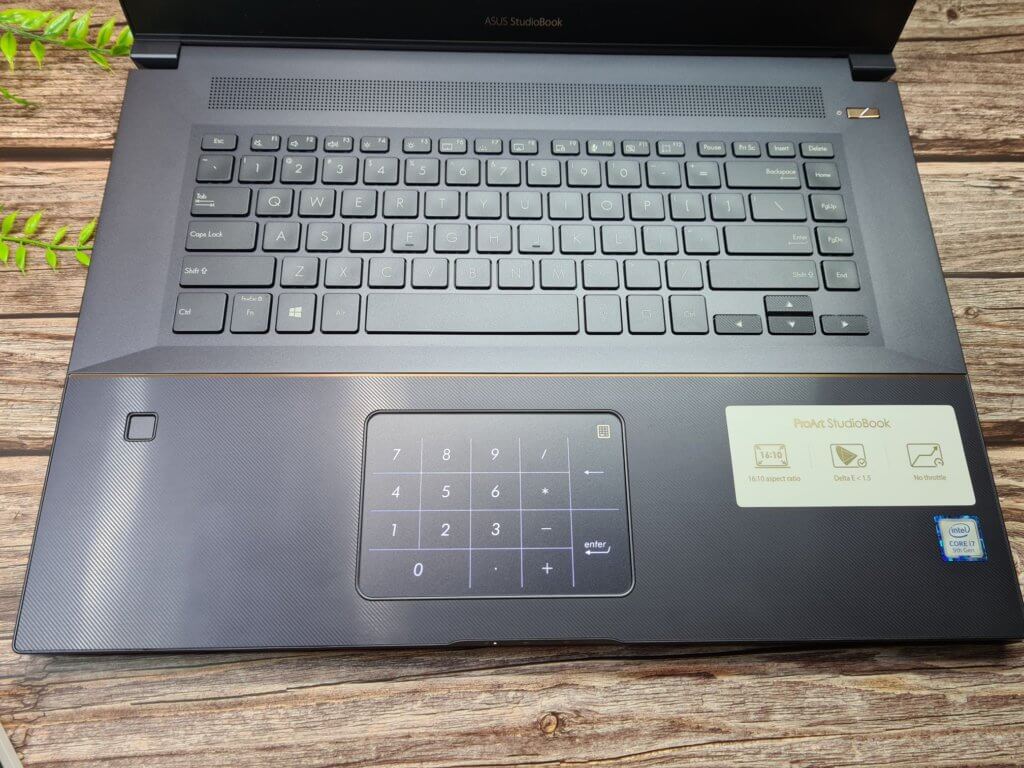 The NVIDIA Quadro T2000 professional graphics card with 4GB GDDR5 VRAM was introduced sometime last year in May 2019 for mobile workstations. The card is built on a 12nm FinFET process and is, for its category, considered a midrange card.

While the Quadro T2000 doesn’t differ all too much, architecturally speaking from a GeForce GTX 1650 Ti graphics card, it is different in terms of its emphasis on precision and stability over speed whereas a GeForce card is designed to emphasise speed over precision which is necessary when you’re pushing pixels for a game. This focus on precision in a Quadro series card is critical for CAD, scientific, 3d animation and engineering applications where every number and decimal place matters. 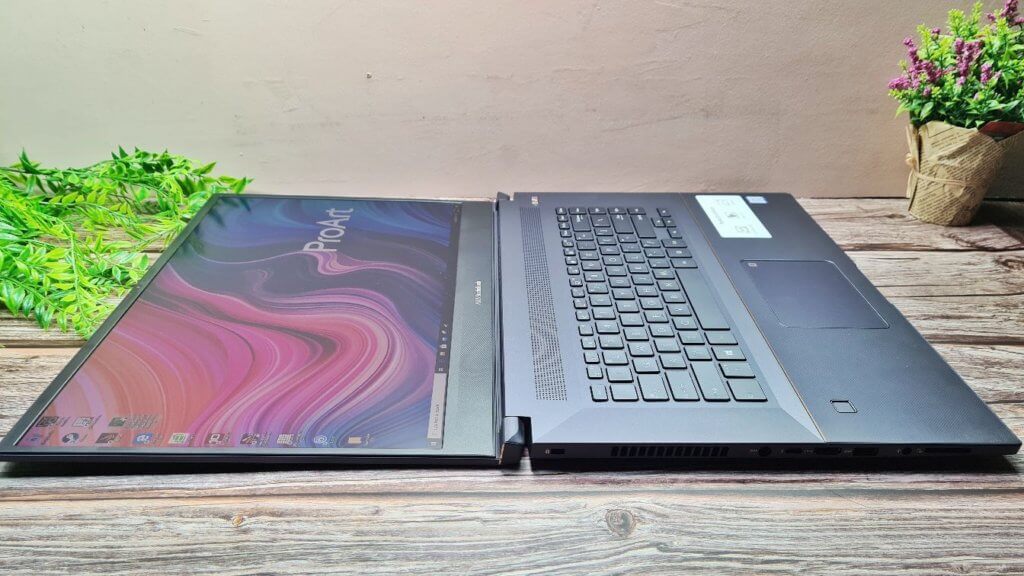 The biggest elephant in the room is if a Quadro can tackle gaming. Basically, it’s a loaded yes but it isn’t exactly the best expenditure of your gaming dollar. It’s certainly capable of tackling a modest amount of current gen gaming but for what you’re paying for, you’re easily able to get a current gen RTX 20 series graphics card that can better handle gaming or, if you’re patient, the next-gen RTX 30 series cards that can push a lot more pixels for your money.

In terms of benchmarks, the ASUS ProArt StudioBook Pro 17 Pro 17 W700G2T scored the following on CineBench R20, Geekbench 5.0, PCMark 10’s Time Spy and Fire Strike Extreme as well as Unigine Superposition with the laptop plugged in and dialled to Performance mode on the slider. Functionally speaking, the scores orbit around what a GTX 1650 Ti card is capable of tackling give or take a few percent though this isn’t the most accurate way to field test a workstation.

For that, you’ll need Specviewperf 13 which tests the capabilities of a workstation across a variety of data sets culled from professional software that include 3DS Max, Maya, Catia and more. All things being relative, the higher end ProArt StudioBook Pro 17 variant with an RTX 3000 Max Q card which has a performance envelope akin to the NVIDIA RTX 2070 graphics card should offer comparatively better performance than the Quadro T2000. Here’s how it fared in Specviewperf 13’s various benchmarks:

Just for a lark, we tested it with Far Cry 5 and Deus Ex: Mankind Divided’s internal benchmarks and while they’re respectable, they were unremarkable especially for the eye-watering price of entry. We also tested it with some video editing and rendering times were not vastly different from its consumer-grade equivalent. 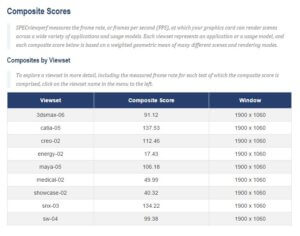 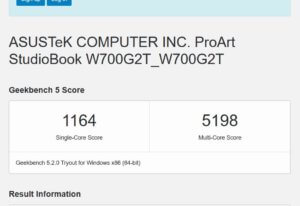 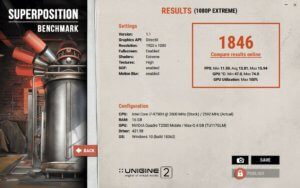 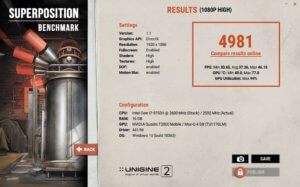 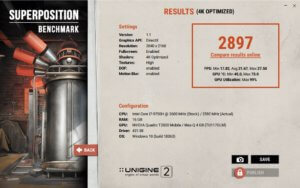 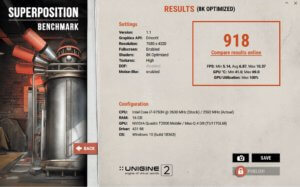 Fortunately, thermals are handled very well and even after a day’s worth of use plugged in and intensive back-to-back benchmarks, the dual cooling fans and heat pipes kept things at manageable level though it’s still not advisable to plonk this on your lap. 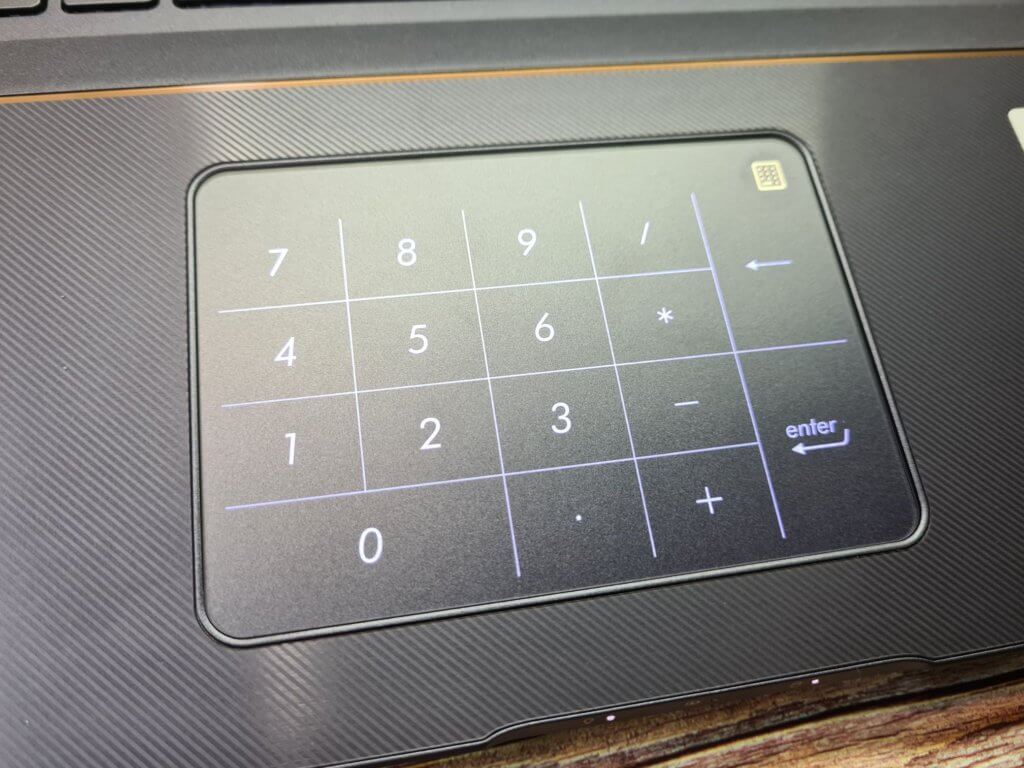 The display on the W700 is excellent with superb colour accuracy and rendition after testing it on several feature films we’re familiar with though the 60Hz refresh rate cap limits its use in gaming. On the bright side, the tall 16:10 aspect ratio does make reading documents and browsing websites a lot easier.

The provided keyboard proved to be well made with a pleasant responsiveness that allowed us to type at 110wpm while the NumPad offered extra utility when processing spreadsheets and the like.

The biggest quibble here though is its relatively poor battery life. In PCMark 8’s synthetic battery life benchmark where we set it to a Creator profile on Performance mode, it barely managed to last 3 hours. Under practical tests with average screen brightness and a moderate workload with emails, word processing, WiFi on and YouTube playing in the background, it barely manages to limp past this benchmark with 2 hours and 50 minus of usage. 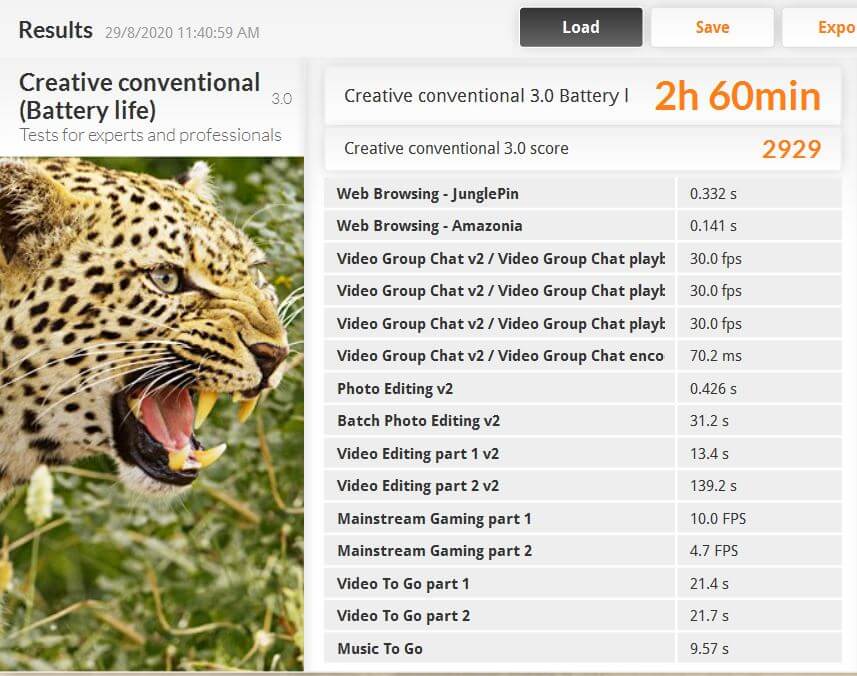 This means you can’t wander far from a wall plug and you’ll need to tote the charging brick along with you if you’re taking this out of the office though it is fortunately not very bulky though it is rather heavy.

The ASUS ProArt StudioBook Pro 17 W700G2T is a slim workstation with decent capabilities for mainstream general computing and gaming though this is sheer overkill for what you pay for.

Professionals in certain trades like statistical analysis 3D artists, engineers and others who handle large data sets and 3D rendering will appreciate what this laptop has to offer with its portability and expandability of its RAM and storage .

What we liked Slim and sleek design for a workstation, excellent display with 100% sRGB coverage, good collection of ports, good keyboard
What we didn’t Poor battery life
We say This ASUS ProArt StudioBook Pro 17 W700G2T is a midtier workstation that blends a fair amount of pixel crunching power with an excellent display in an exceptionally slim and well designed chassis though the poor battery life, high asking price and focused mission profile make it a niche choice.

This ASUS ProArt StudioBook Pro 17 W700G2T is a midtier workstation that blends a fair amount of pixel crunching power with an excellent display in an exceptionally slim and well designed chassis though the poor battery life, high asking price and focused mission profile make it a niche choice.