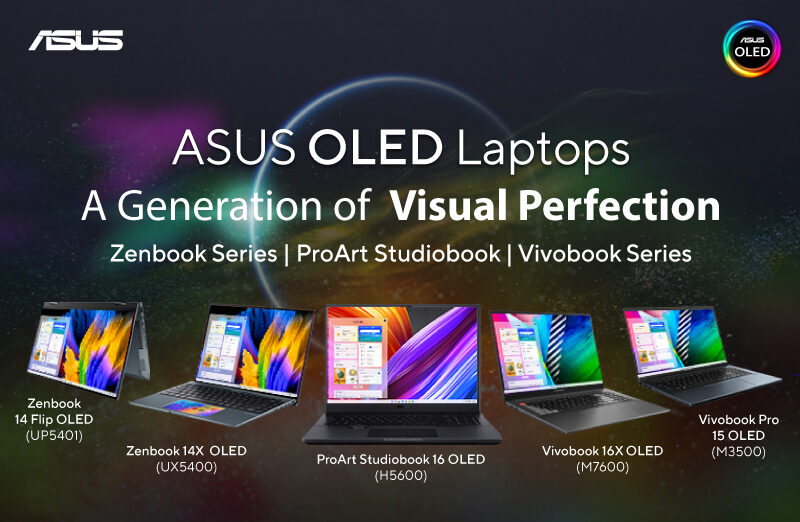 While they’ve been glimpsed piecemeal, Asus has now officially launched their entire line-up of OLED laptops in Malaysia that dial up visual fidelity, image quality and colour rendition to a new level with their OLED displays.

Asus has achieved a number of firsts here with his professional grade content creator laptop  as this is the world’s first 16-inch laptop with a 4K OLED display. That’s not all as this luscious 16-inch OLED panel is also Pantone validated, Calman verified and has 100% DCI-P3. In Malaysia, it comes in three variants with two packing AMD Ryzen CPUs and one carrying an 11th Gen Intel CPU as well as either an NVIDIA RX 3070 or 3060 GPU. 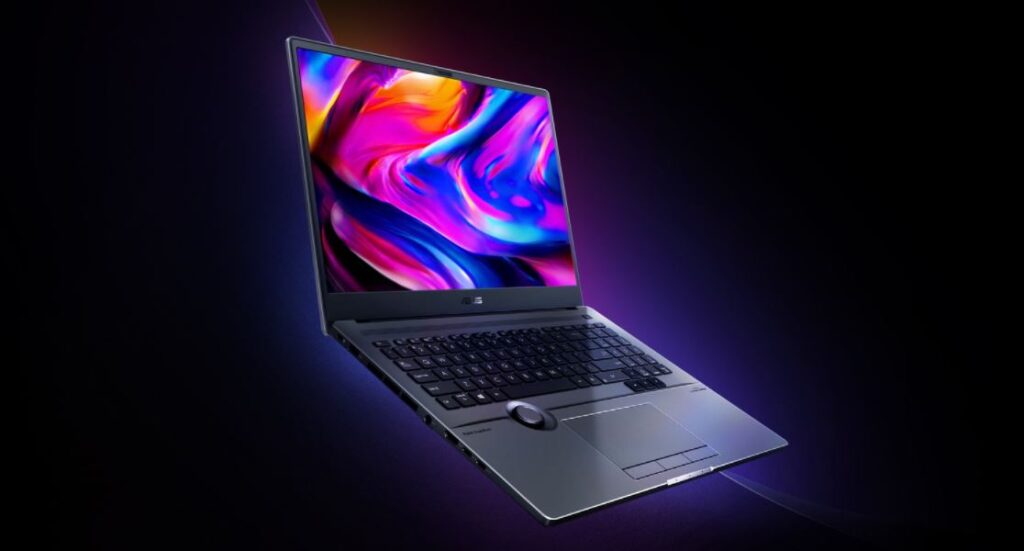 What makes it distinctive is that it is the first of a new generation of laptops to have what they call an Asus dial, a physical dial embedded just below the keyboard that allows for precise control of selected apps. We had the pleasure of reviewing their top of the line model and you can check out our ASUS ProArt StudioBook 16 OLED Review (H5600QR) review here. Prices start from RM9,999 with the top of the line model with a Ryzen 9 4900HX CPU and RTX 3070 GPU clocking in at RM11,999. To check out the AMD variants, you can visit their official site here and their Intel variant can be seen here.

The Asus ZenBook 14 Flip OLED is a convertible laptop with a 360-degree hinge that lets you flip its 14-inch 4K OLED HDR NanoEdge touchscreen around and about to turn it into a display or a tablet in a pinch. 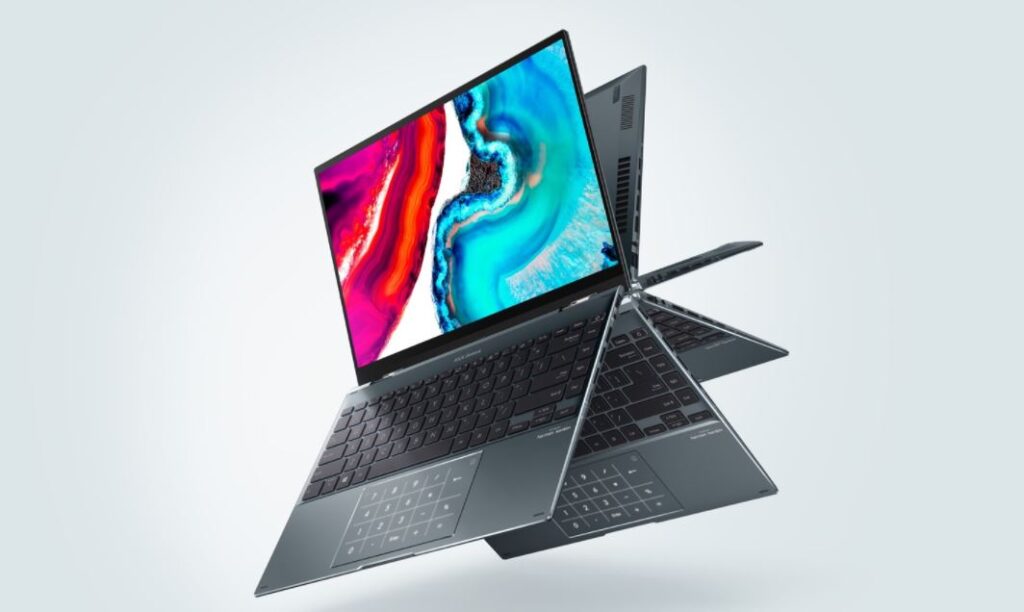 The hardware powering it consists of the latest AMD Ryzen 7 5800H CPU or an 11th Gen Intel Core i701165G7 CPU with either Iris Xe or AMD Radeon graphics, up to 16GB RAM and a 512GB SSD and the display supports a stylus too. You can check it out here on their official page here. Prices start from RM5,499 for the AMD Ryzen version and RM6,499 for the Intel version.

The popular ZenBook range gets updated with OLED displays and a ScreenPad touchpad which doubles as both a touchpad and an LCD touchscreen to dock shortcuts, add extra controls and more. The ZenBook 14X OLED features – you guessed it – a 14-inch 2.8K OLED display, either an Intel Core i7-1165G7 or i5-1135G7 CPU, an NVIDIA GeForce MX450 GPU, up to 16GB RAM and a 512GB SSD. The i7 version costs RM5,999 while the i5 version costs RM4,999. You can check out their official Asus ZenBook 14X OLED page here.

Intended for content creators starting on the ground floor, the Vivobook Pro 14X OLED combines a 14-inch 2.8K OLED display with a DialPad which is a touchpad that features a virtual dial for selected apps like the Adobe suite. There’s only one variant available with an i5-11300H CPU, an NVIDIA GeForce RTX 3050 GPU, 16GB RAM and a 512GB SSD for RM4,799. You can check it out here. 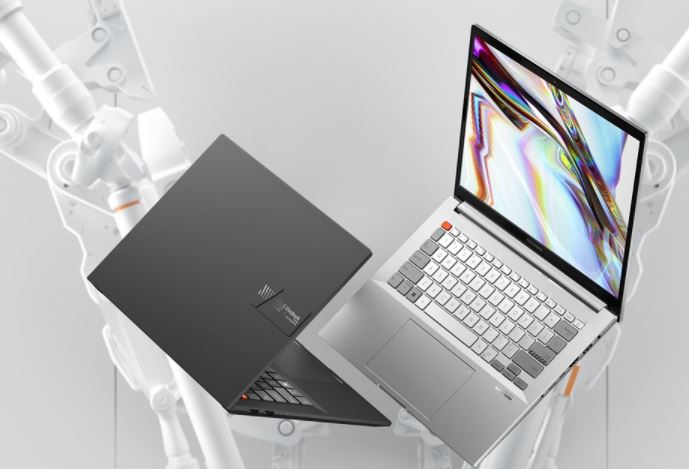 Designed for those looking to get their feet wet in content creation, the Vivobook Pro 15 OLED has a 15.6-inch NanoEdge Full HD display, either 11th Gen H series Intel CPU or an AMD Ryzen 9 4900HX CPU and NVIDIA RTX 3050 graphics with up to 16GB RAM and a 512GB SSD. To check out the Intel version, you can read their official page here while the AMD version can be viewed here. Prices vary depending on variant and start from RM3,799. 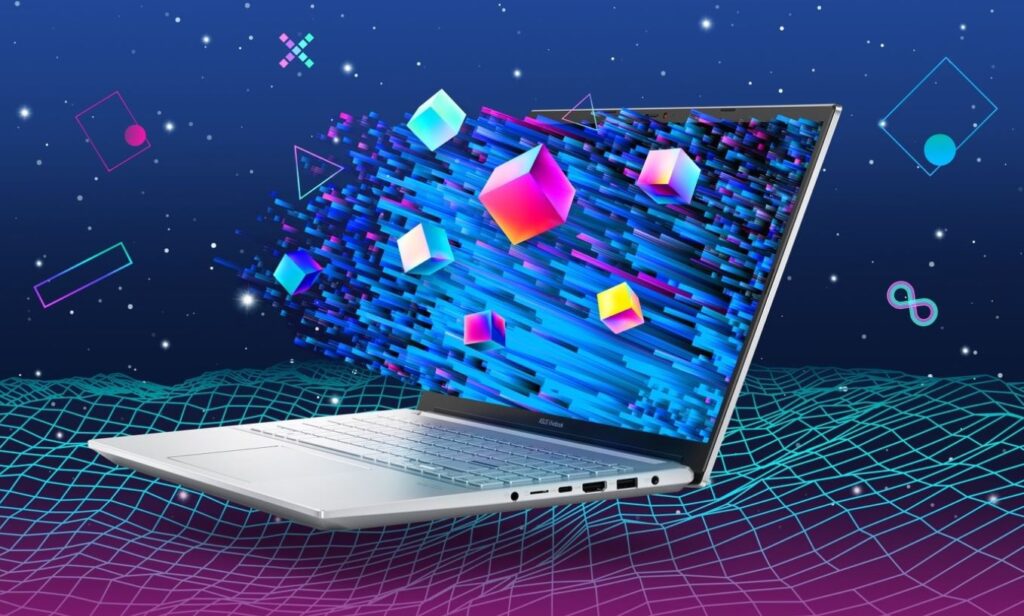 Built for everyday computing while offering the luscious visual delights that only an OLED panel can offer, the VivoBook 15 OLED comes with either an Intel Core i3 CPU and integrated graphics or an AMD Ryzen 7 600 series CPU with both packing a 15.6-inch NanoEdge Full HD OLED display, 4GB RAM and a 512GB SSD. Prices start from RM3,199. To check out the Intel version, you can check out the Asus official page here while the AMD version can be perused here. 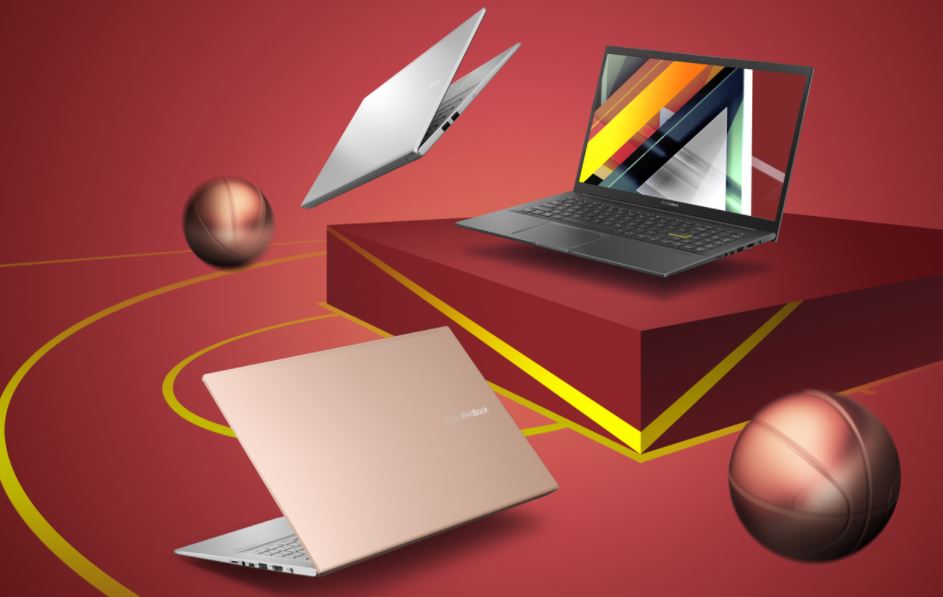