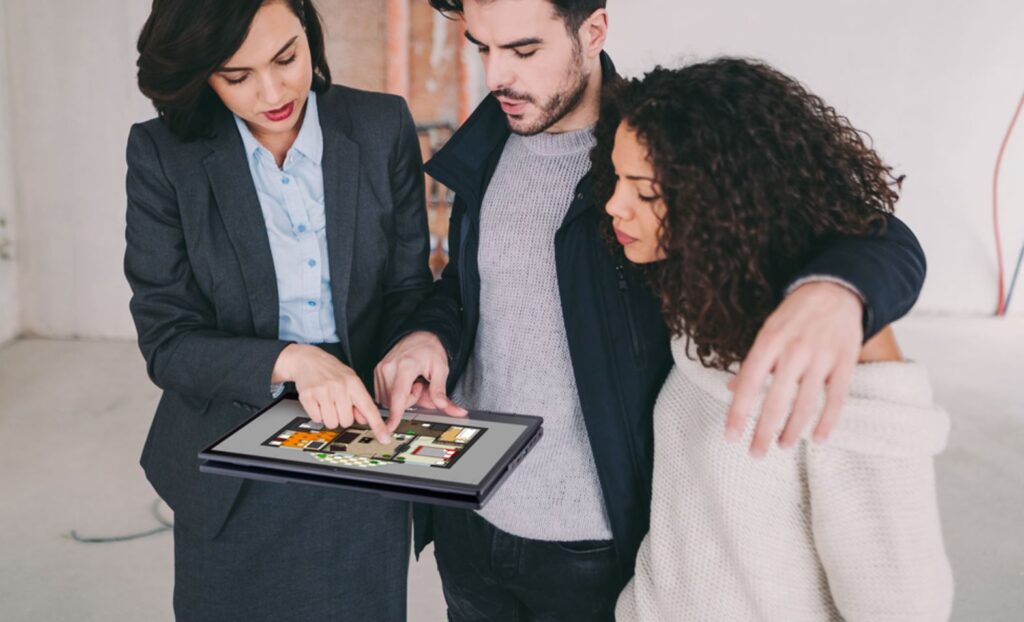 ASUS Malaysia is releasing new additions to their ExpertBook line-up with more modest prices and are intended for executives or for educational tasks dubbed the ExpertBook B3 Flip and the ExpertBook B3 Detachable with each having slightly different form factors while retaining the classic hallmarks of the ExpertBook range like mil spec toughness, a generous array of ports and a modest understated design for office or school use. Here’s how they both stack up…

What is the ASUS ExpertBook B3 Flip

The ASUS ExpertBook B3 Flip is a convertible laptop with a 360-degree hinge. In terms of hardware, the ExpertBook B3 Flip comes with a 14-inch Full HD touchscreen with a 60Hz refresh rate and stylus support, up to an 11th Gen Intel Core i7-1165G7 2.8GHz processor paired with up to 16GB DDR4 3,200MHz onboard RAM and up to 32GB of additional upgradable RAM via a SO-DIMM slot. Storage needs are sorted out by up to a 1TB PCIe SSD. 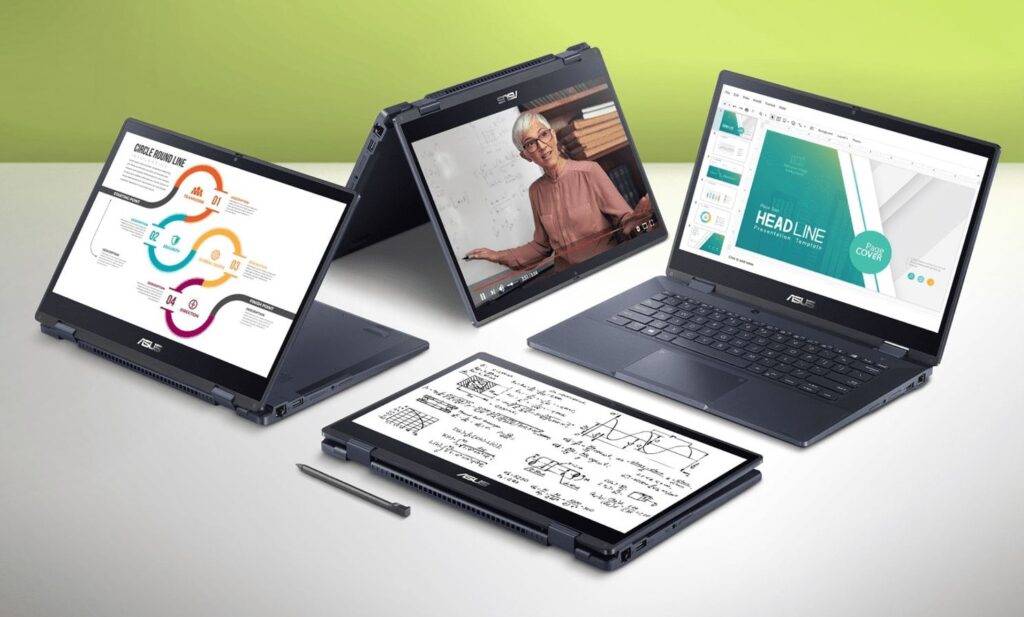 The ASUS ExpertBook B3 Flip notably integrates a 13MP ‘world-facing’ camera at the top of the keyboard while the top of the display has a 720HP webcam with a privacy shield.

Connectivity is comprehensive with options for a 4G LTE modem while WiFi 6 and Bluetooth 5.0 come standard along with a pair of Thunderbolt 4 Type-C ports, a USB-A 3.2 port, a USB A 2.0 port, a HDMI port and a wired Ethernet port. 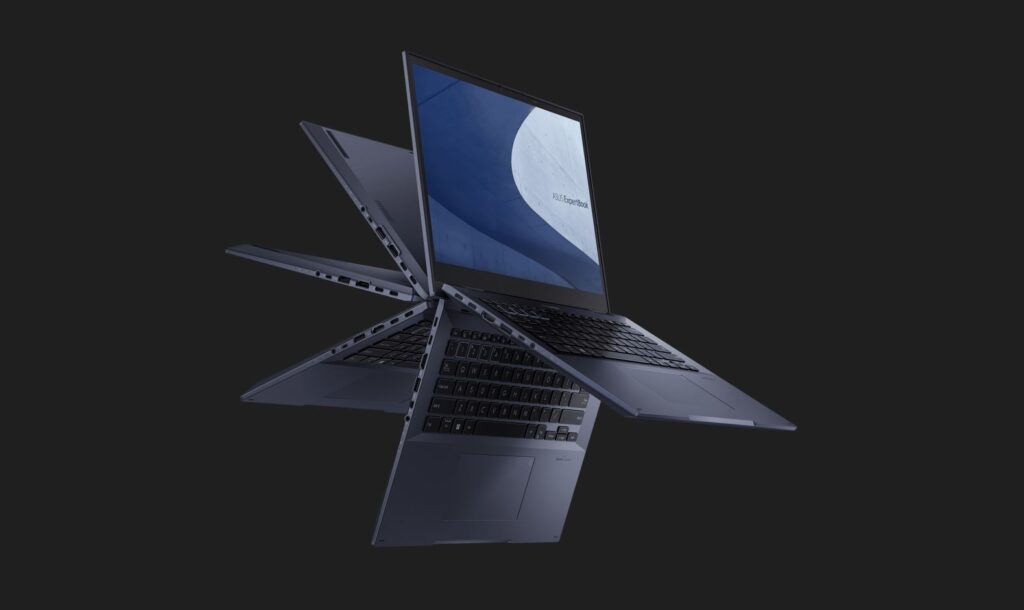 It also has the option of a stylus too in selected variants with the whole laptop powered by a 50Wh Li-Ion battery. It’s a bit on the heavy side though and weighs about 1.61kg though it has a MIL-STD 810H rating for toughness which makes it a bit more durable, an ASUS Antibacterial Guard coating to inhibit bacterial growth across its keyboard and touchpad surface combined with splashproof resistance for said keyboard.

What is the ASUS ExpertBook B3 detachable

The ASUS ExpertBook B3 detachable is in essence a 10.5-inch tablet with the option to slap on a separate ExpertStand kickstand as well as a separate ExpertBoard keyboard much in the manner of a Microsoft Surface series laptop.

Without the keyboard, the ExpertBook B3 can function as a Windows 11 tablet or as a display and combined together, it’s able to act as a laptop. That’s not all as the chassis also has a built-in silo for a stylus which lends it a significant degree of functionality. 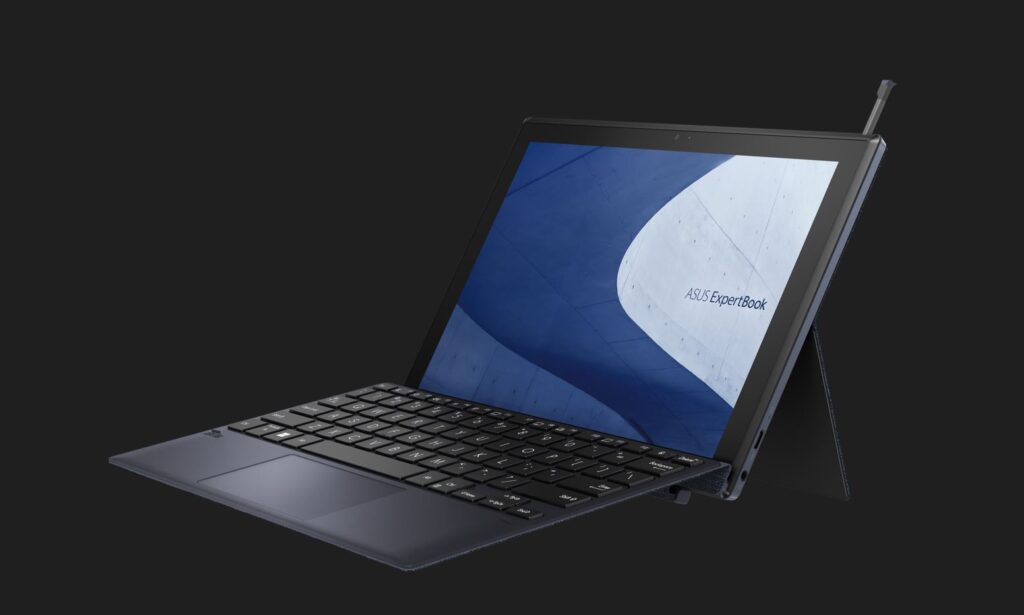 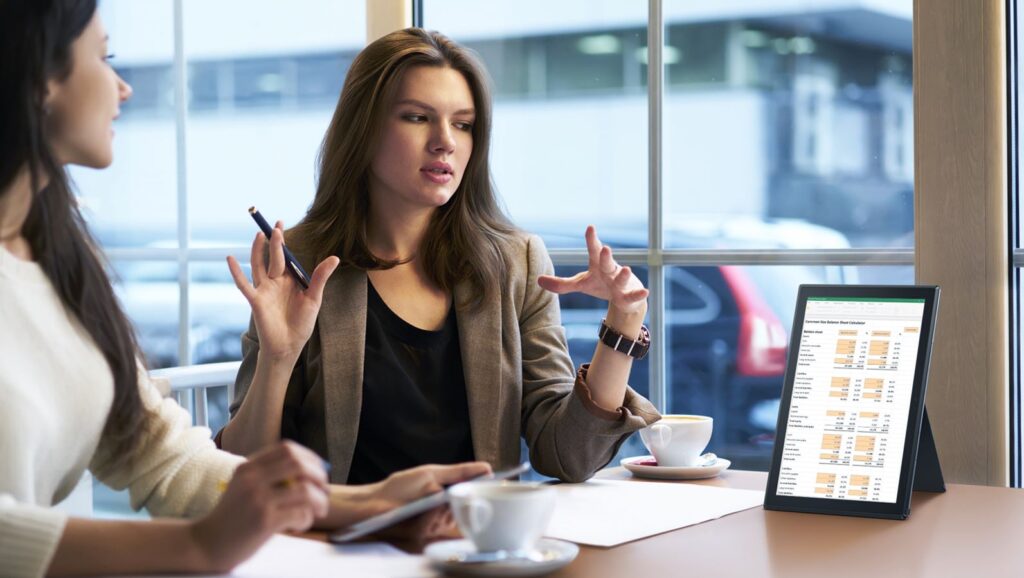 Under the hood, the ExpertBook B3 detachable runs Windows 11 on a Qualcomm Snapdragon 7c Gen 2 2.55 octacore processor paired with up to 8GB DDR4 RAM and 128GB of onboard storage.

The rear of the tablet sports a 13MP camera while the front has a 5MP camera for video calls. Other mod-cons include WiFi 5 connectivity, Bluetooth 5.1 and a USB Type-C jack for charging along with an audio jack. Keeping it charged is a 38Wh lithium-polymer battery.

In Malaysia, the ASUS ExpertBook B3 detachable is priced at RM2,099 inclusive of the stand and keyboard with a slated arrival date of late July 2022 while the ExpertBook B3 Flip will be in Malaysia from mid-August 2022 with a price tag of RM4,499 and up.

Posted in Enterprise, News and tagged Asus B3 Detachable, ExpertBook B3 Flip