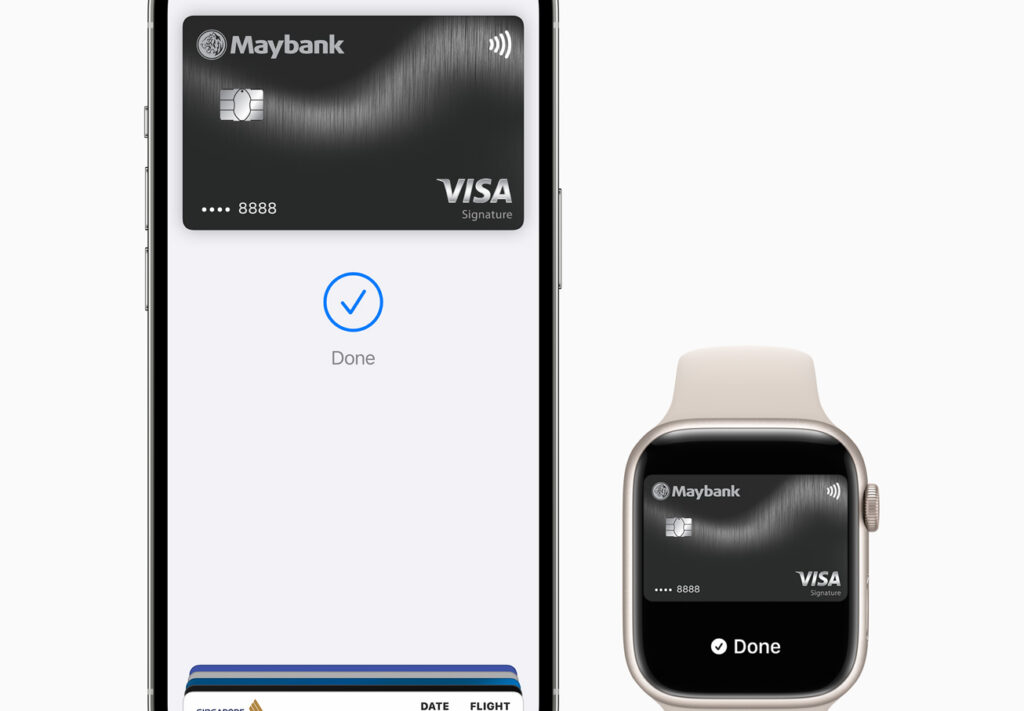 The day has finally come and Malaysians who own an iPhone or other Apple gear can now use Apple Pay to complete their transactions in a safe, fast and secure manner.

Using Apple Pay is as easy as it gets and simply holding an iPhone or Apple Watch near a contactless terminal with authentication using Face ID or Touch ID can complete the transaction which makes getting a cup of coffee at Starbucks or groceries a heck of a lot easier rather than having to fish for change or a credit card from your purse or wallet. Apple Pay also works when conducting transactions on Safari too and has an added one-time passcode for added security.

Apple Pay is immensely secure as credit and debit card numbers aren’t stored on the device or on Apple servers with each device using Apple Pay getting a special device account number that is then encrypted and stored in the Secure Element portion of the Apple device. Each transaction is then authorised using a one-time dynamic security code. Transactions aren’t stored by Apple and the entire transaction stays between the customer, merchant and card issuer. 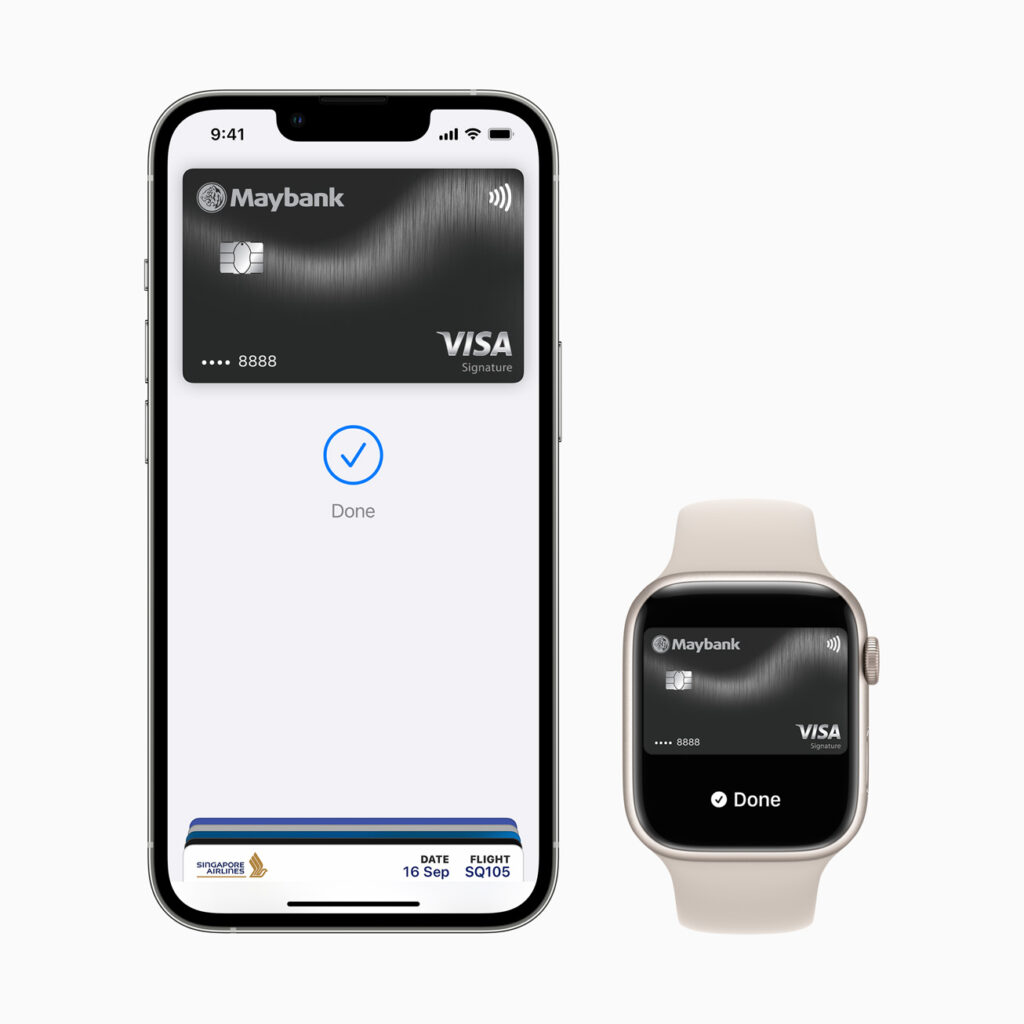 At present, Apple Pay is compatible with Visa and Mastercard cards from AmBank, Maybank and Standard Chartered Bank. Users with American Express Cards can expect to get Apple Pay support later this year.

Currently, Apple Pay is supported at a variety of merchants with more joining the list that include KFC, Maxis, Machines, McDonald’s, Mydin, Pizza Hut, Starbucks U Mobile, Uniqlo, Village Grocer, Watsons and more. For more details check out Apple’s page at www.apple.com/my .