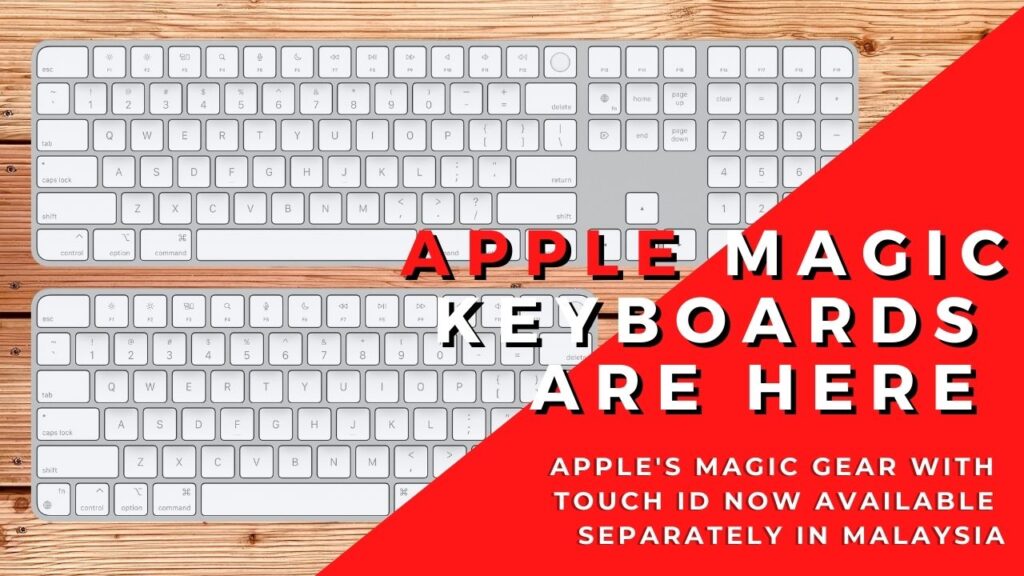 It used to be the case that the only way you could score an Apple Magic keyboard with its Touch ID fingerprint sensor was when you bought the new iMac with an M1 processor but a look on the Apple online store in Malaysia has revealed that it, along with a slew of other Apple Magic accessories are now available for purchase separately.

Available for sale as individual accessories are notably the Magic Keyboard with Touch ID and numeric keypad, the Magic Keyboard with Touch ID, both of which have an added fingerprint sensor for biometric authentication. Other mod-cons inlude dedicated keys for Spotlight, Dictation, Do Not Disturb and access to emojis. One thing to note though is that the Touch ID enabled keyboards only work with a selected range of Apple kit that pack M1 chips which means offerings like the iMac, the new Mac Mini, the MacBook Pro and MacBook Air.

Also listed are other useful items of Magic kit that include a more rounded and refined Magic Trackpad, the Magic Mouse and a Magic Keyboard sans Touch ID. One thing to note though is that these standalone accessories only come with white keys and a polished silver paint job. 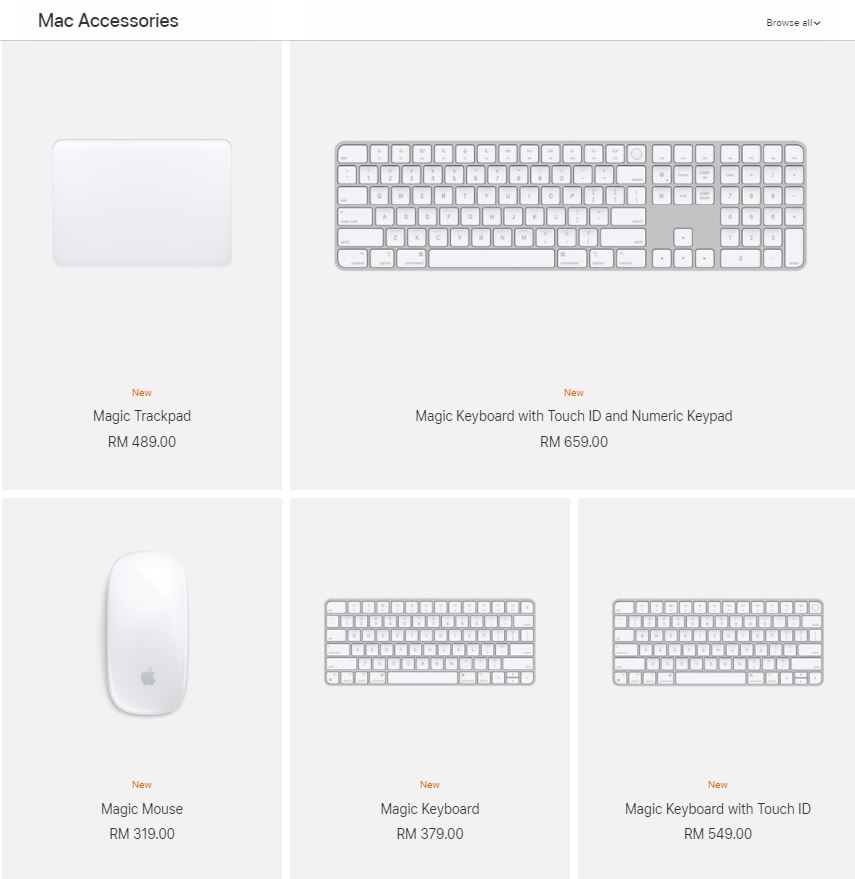 If you want a colour-matched variant in a colour other than this, you’ll still have to spring for the bundled version that comes with an iMac. All of the new Apple Magic accessories ship with a USB-C to Lightning cable with a fabric-woven cable for charging and docking duties..

Here’s how much all this gear costs in Malaysia:

Apple has also introduced three additional AMD-based graphics card options to the Mac Pro to beef up its pixel crunching performance for rendering videos and the like in apps like Octane X, DaVinci Resolve, Cinema 4D and Final Cut Pro.