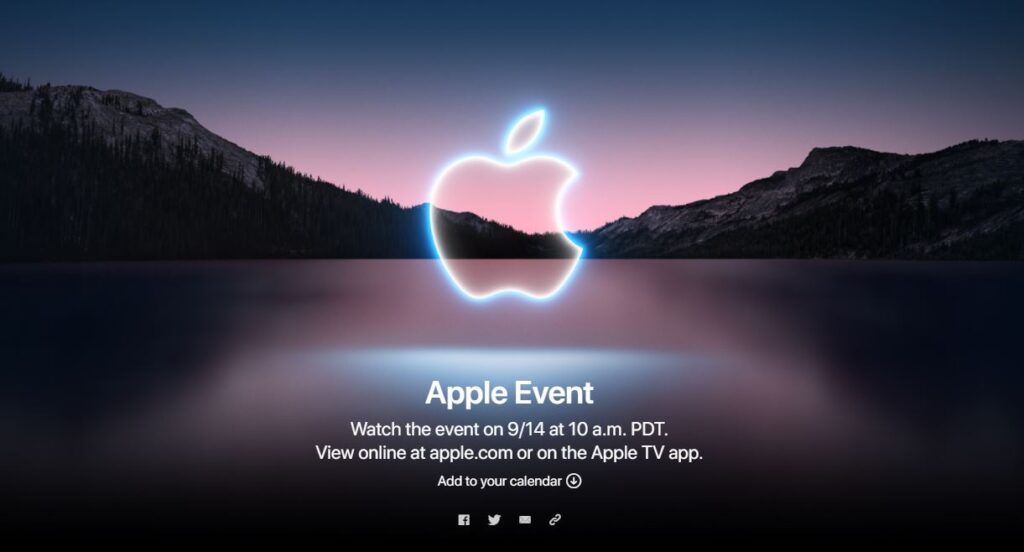 Apple has announced on their website that they will be holding a special event dubbed  ‘California streaming’ that will take place at 1AM on 15th September, Malaysia time.

The Apple ‘California streaming’ event will be held virtually in light of the new normal and will be broadcast from Apple Park. Based on tradition, Apple typically announces the latest successor to their iPhone line along with other accompanying gear like the next generation of Apple Watch wearables with the grapevine putting their money on the next generation iPhone to be designated as the iPhone 13 which will come in four different sizes.

Speculation is rife on the nature of the specifications and design of the new iPhone including its design and the potential sizes that it will ostensibly come in but Occam’s razor suggests that it will have similar dimensions as last year’s iPhone 12 series with a 5.4-inch and 6.1-inch sized version for the next generation iPhone and possibly a 6.1-inch and 6.7-inch larger version for the next generation ‘Pro’ version of the iPhone.

Among the more likely upgrades for the new generation of iPhones will be improved camera performance for the entire range and the inclusion of Apple’s alleged A15 chip that has appeared in a few benchmarks to offer upgrade performance. Some other possible upgrades also include improvements to the displays with smaller notches and possibly 120Hz refresh rates for the higher end iPhones in the new line-up.

What time is it in Malaysia for the Apple ‘California streaming’ event?

As always, it’s all speculation until the curtain goes up but it will most certainly be interesting. Tune in next week Wednesday on 15th September, 1AM Malaysia time for our coverage of Apple’s ‘California streaming’ where we will cover it live as it happens! Click here to add the Apple ‘California streaming’ event to your calendar!