Amidst the reveal of all the cutting edge tech at the Dell Experience Live showcase at CES 2020, a remastered new Dell XPS 9300, the premium Latitude 9510 notebooks and Dell’s new vision of software with their Dell CInema Guide and Dell Mobile Connect, they also unveiled a trio of concept designs which give a vision of the future of where Dell is aiming to take computing – the Concept Duet, the Concept Ori and – surprise – a portable gaming rig from Alienware that they’ve dubbed as the Alienware Concept UFO. 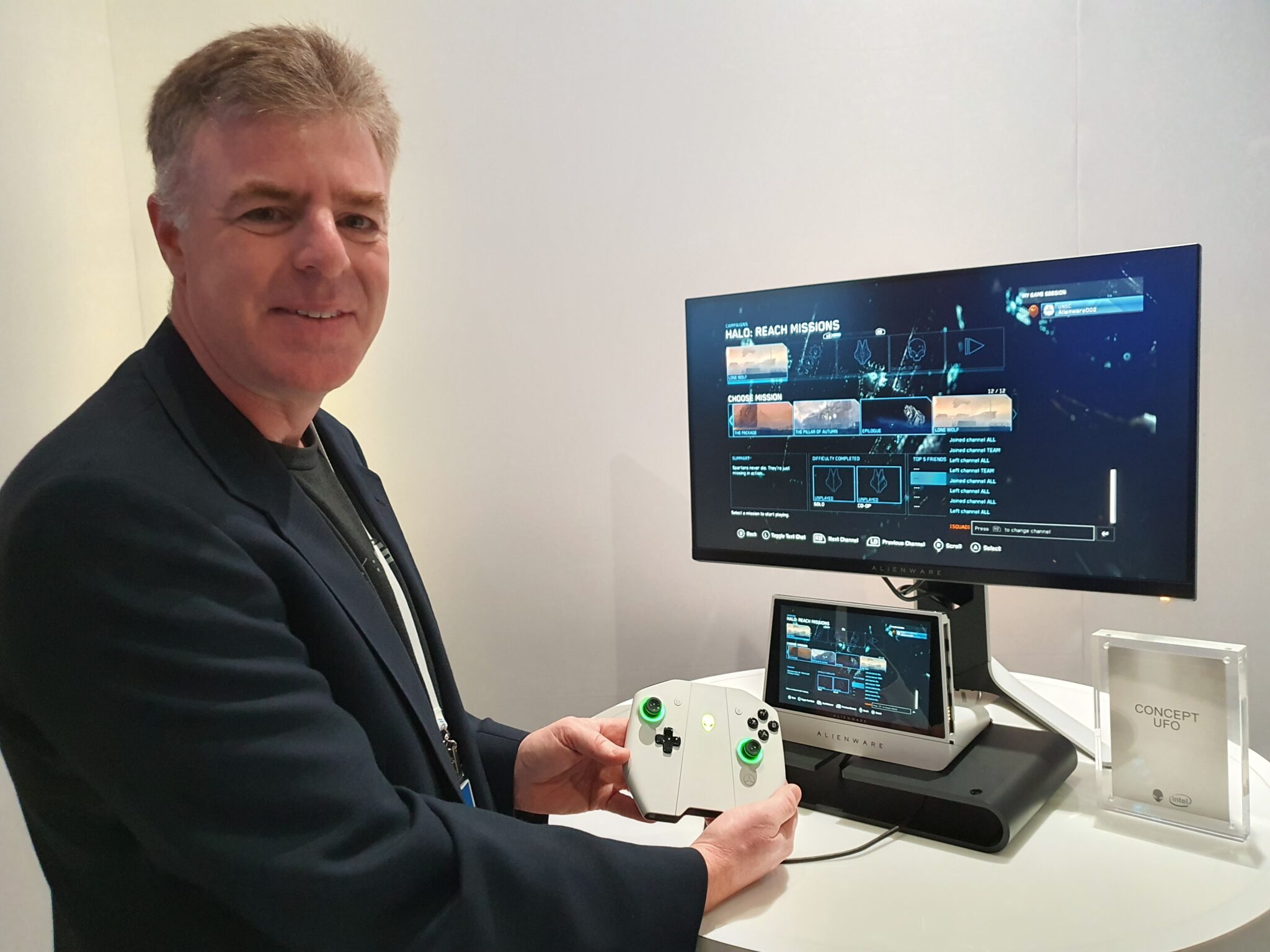 Seasoned gamers will likely recognise the inspiration behind the Concept UFO as it is a homage to the Nintendo Switch with its detachable side controllers.

In keeping with the gradual move towards more portable form factors for mobile gaming, the Concept UFO comes with an 8-inch 1,900 x 1,200 resolution screen for gaming and will have 10th Generation Intel Core processors, WiFi, Bluetooth and Thunderbolt connectivity. Much like the Switch, the side controllers slide out and are detachable, so you can use it like a giant handheld, or prop it up with a kickstand and use the controllers separately from the display via the use of a bridging accessory. 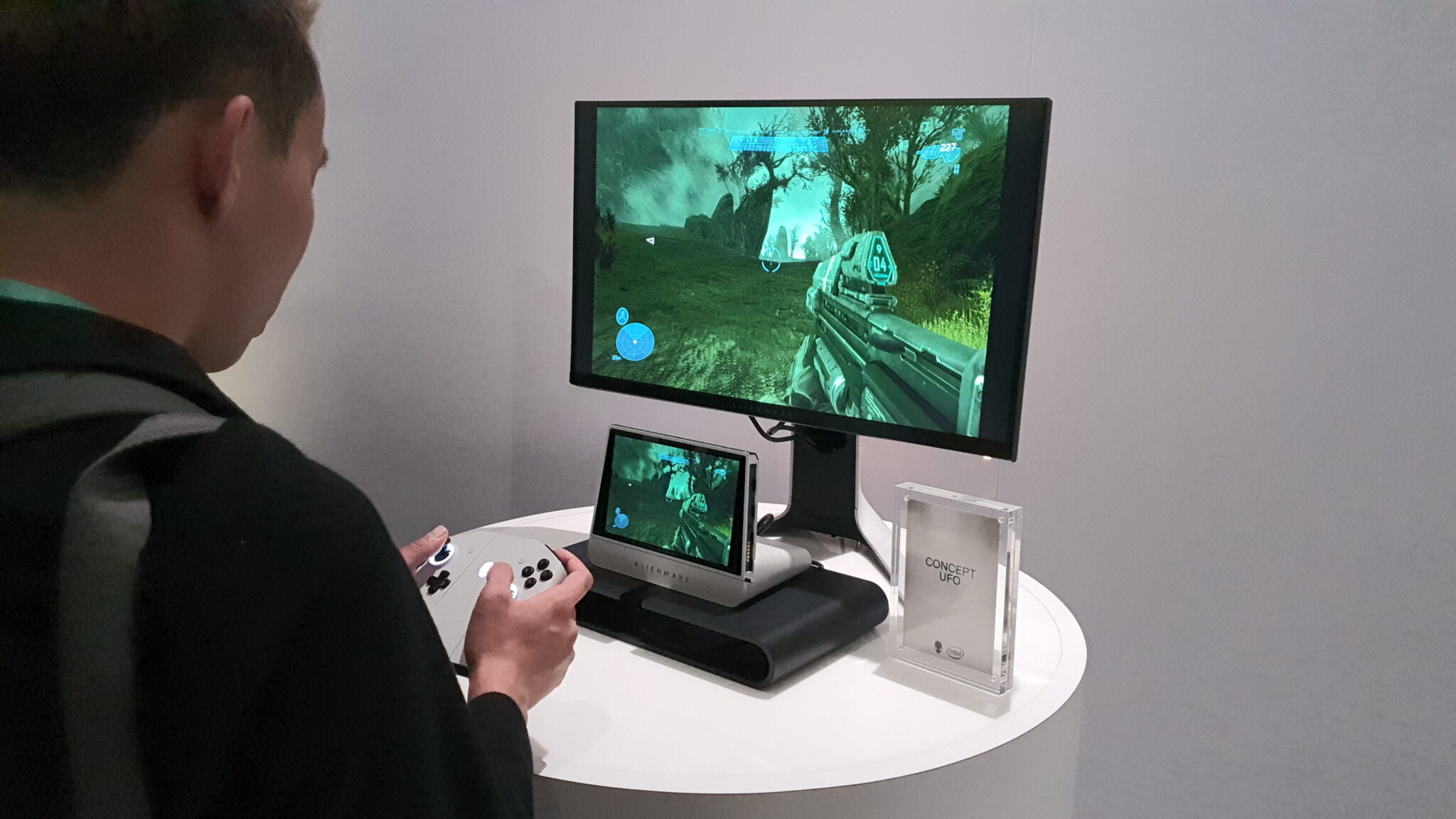 The proposed control setup has a design and form factor akin to an X-box style controller with shoulder buttons, D-pads and buttons in all the familiar spots. At the Dell Live Experience showcase, they also demo’ed an example of a dock which lets you plonk the main display in while the controllers can be held much in the fashion of a traditional console. 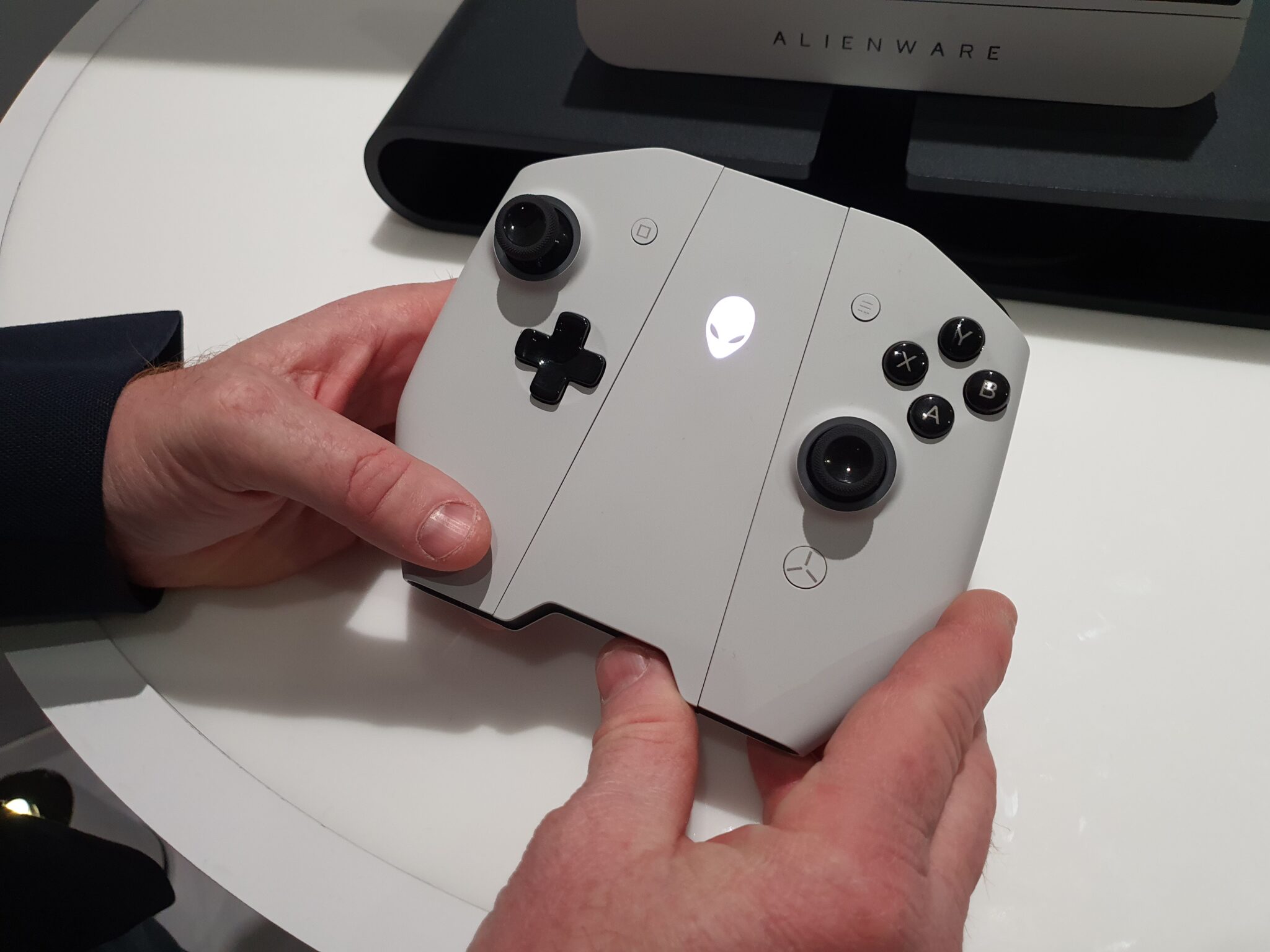 Under the hood, the Concept UFO runs Windows 10 which means you’ll get to play games from your Steam, Epic and Ubisoft library on top of the other usual platforms. You’ll also be able to use it to enjoy video streaming services though Dell did not elaborate on any specifics that would make video watching a better experience like HDR or HDR10+ support. 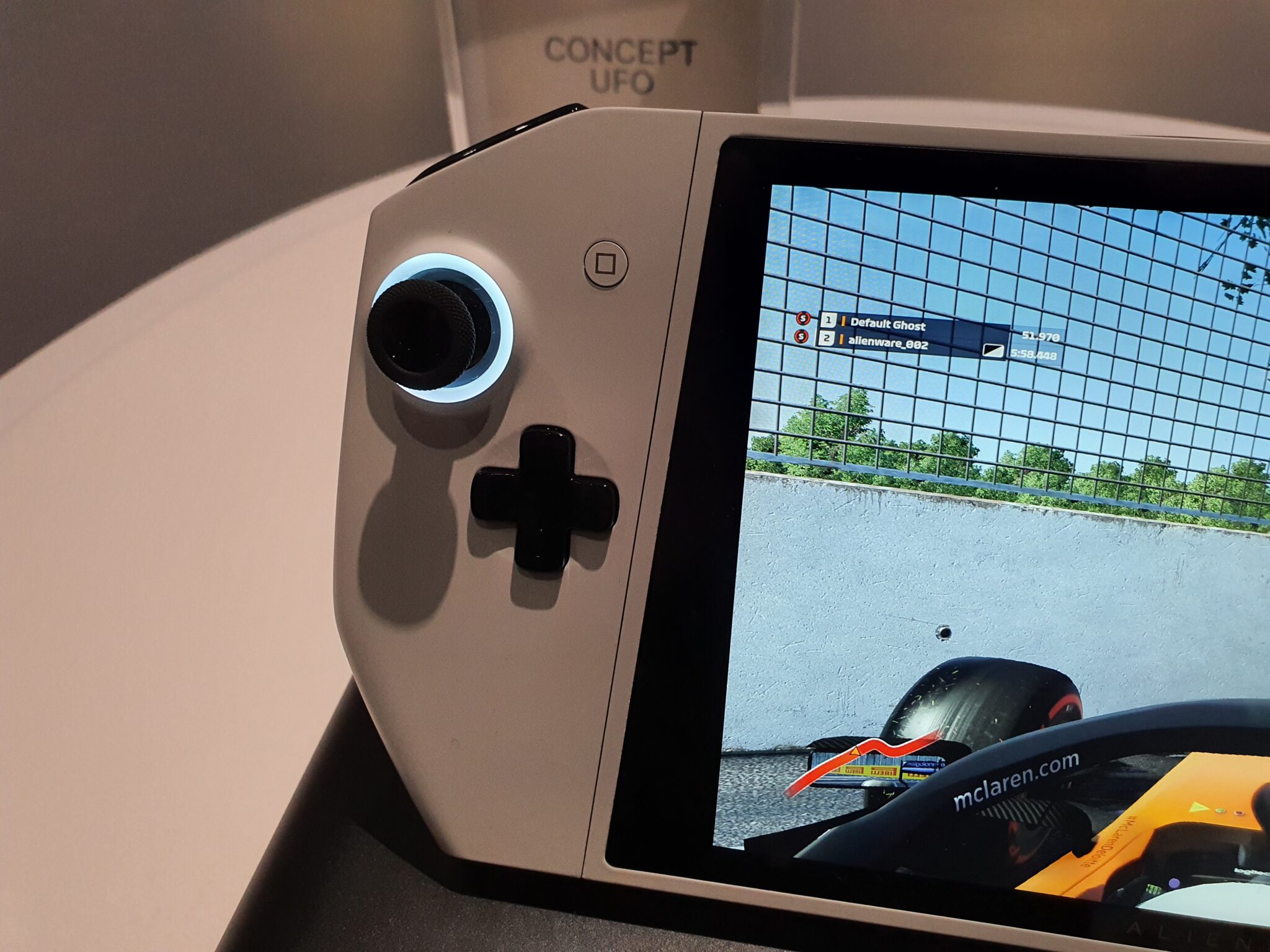 According to Dell, they’ve invested hundreds of hours in refining the controller design features and ergonomics with countless hours spent to get the buttons, the weight, performance and battery life of the Concept UFO right.  At present, they have no firm details as to when it will be released, what final specs it will have or what price it will retail at. It’s certainly promising and is a herald of things to come. 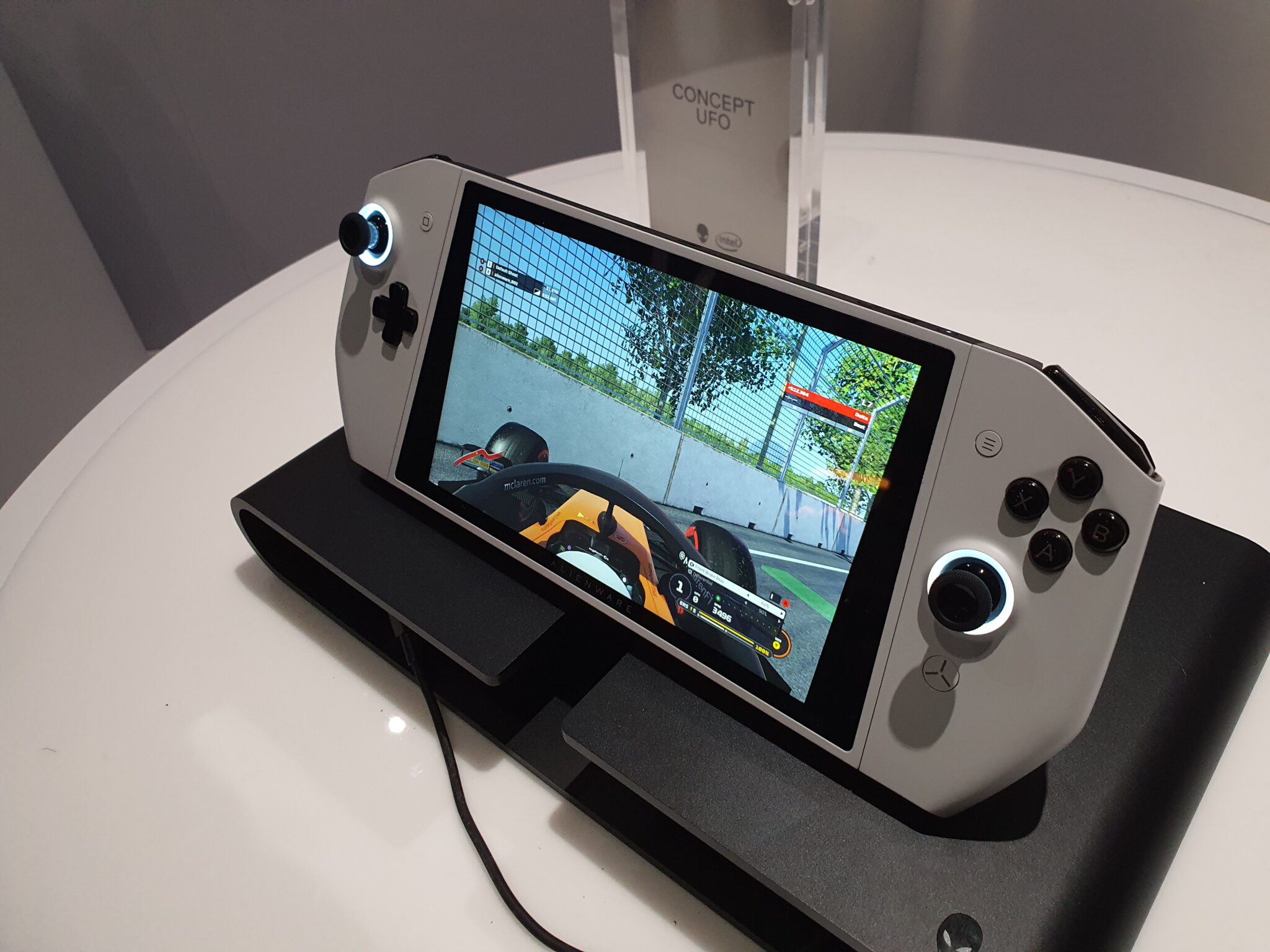