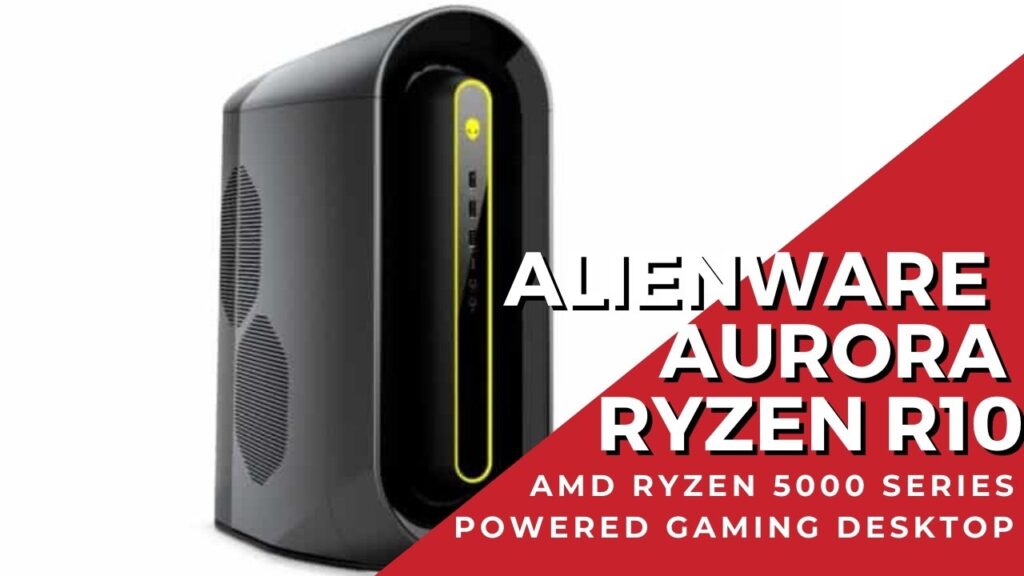 CES may be completely virtual this year but Alienware isn’t short of surprises as they revealed a version of their Aurora Ryzen Edition gaming desktop that will have the latest Ryzen 5000 series processors and up to NVIDIA GeForce RTX 3090 graphics. This is alongside their other offerings like the Alienware m17 R4 and m15 R4 gaming laptops.

There isn’t much changed externally compared to the Intel processor packing version that we saw at E3 2020 save for the swap over to AMD Ryzen CPUs with colour choices running to either Lunar Light or Dark Side of the Moon.

The Alienware Aurora Ryzen Edition R10 has a number of power supply options but you can max things out with a 1000 watt multi-GPU power supply with liquid cooling.

The front sports two USB Type-A 3.2 Gen 1 ports, a USB Type-A port and a USB Type-C port offering Powershare tech. The rear comes with a TOSLINK, a coax cable, a generous six USB 2.0 cables, a single USB 3.2 Type-C port with PowerShare, a trio of USB 3.2 Gen 1 Type-A ports, a single USB 3.2 Gen 2 Type A port, an Ethernet port, a line in, a line out, a microphone in and inputs for rear, side and a center subwoofer. Wireless connectivity maxes out with up to Bluetooth 5.1 and WiFi 6 support.

Internally, the Alienware Aurora Ryzen Edition R10 has plenty of space with four SODIMM slots in an AMD AM4 B550A chipset with your choice of up to 128GB dual Channel HyperX Fury DDR4 XMP at 3,400MHz. Storage options max out at a 2TB NVMe M.2 PCIe SSD for boot and a secondary 2TB SATA 7,200rpm hard disk for storage.

In terms of processor options, you’re able to kit it out up to an AMD Ryzen 9 5950X processor with a maximum boost clock of 4.9GHz and either up to an AMD Radeon RX 8600 XT 16GB GDDR6 overclock ready card or an uber powerful NVIDIA GeForce RTX 3090 with 24GB GDDR6X VRAM 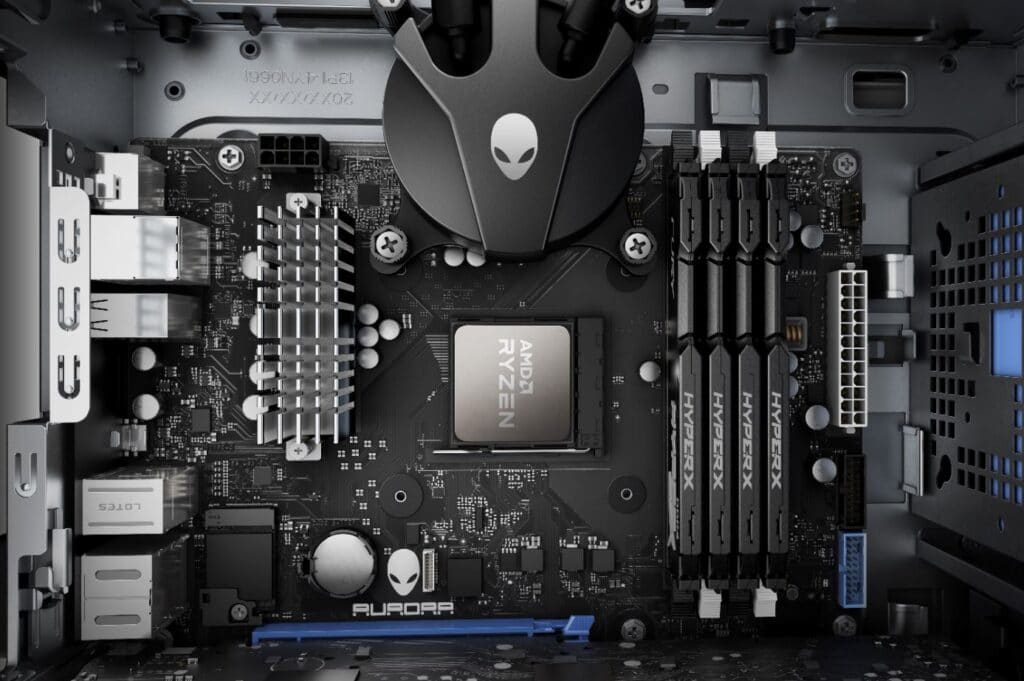 According to Alienware , the Aurora Ryzen Edition R10 will be priced starting from US$1079.99 which is about RM4,371 and up depending on configuration with an availability date from 26th January 2020 in the United States. We’ll keep you posted on any updates when Dell Malaysia announces details on local arrival dates and pricing.