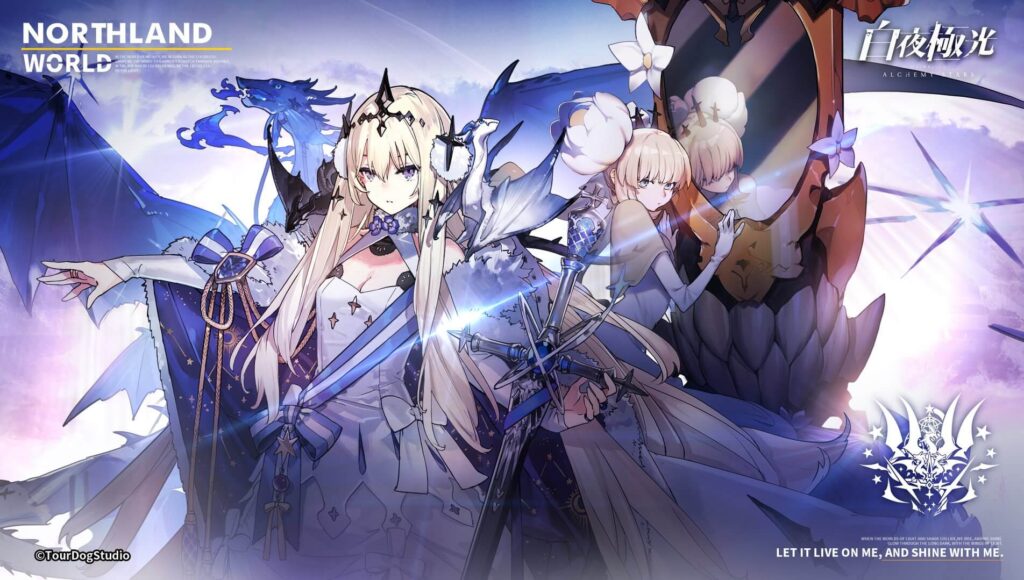 If you’ve managed to expend the extent of your interest in Genshin or Call of Duty Mobile, publisher Tencent and developer TourDogStudio have something new that’s an interesting mix of strategy and gacha collecting called Alchemy Stars that’s now available for download on the Google Play store and on the Apple app store.

The story behind Alchemy Stars is written by Tadashi Satomi who, for the uninitiated, was responsible for the original Persona console games. Without getting into the nitty gritty, the game is set in a steampunk based world with the usual tropes of magic and pseudo Industrial revolution tech living side by side. In this world, dubbed Astra by the locals, two races live and naturally things go pear-shaped when a bunch of angry hostels called Eclipsites start invading and wrecking the joint.

As the last of your kind, you’ll have to help the other side who still have a chance to take on and evict these invaders from the property with extreme prejudice by – wait for it – collecting a whole host of heroes with different abilities via a gacha mechanism and laying down the smack with match-3 mechanics.

The game typically has you squaring off against a bunch of hostiles on a grid but the twist in Alchemy Stars here is that you can match differently coloured tiles to attack your enemies. Needless to say, not all characters are made equal and some are stocking fillers while others are walking harbingers of the apocalypse with a commensurately insane price tag or rarity. If your pockets are fairly deep, you have 80 characters to collect at this point in time.

There’s also a modest base building mechanic to farm stuff but the core loop of the game is primarily matching colours, getting loot, earning or paying for gacha pulls and so on and so forth. On the bright side, the initial install is free so you can tinker with it to see if it suits your gaming tastes.

To download Alchemy Stars on Android, click here. To snag it on the Apple app store, get it here.