If you’re in the market for a new notebook, you’ll be chuffed with Acer’s new offerings that have just landed on our shores that cover a host of price ranges and form factors ranging from workhorse rigs to some slick looking convertibles and even a new range of monitors too. All the devices mentioned are available at all good retailers nationwide and the Acer online store at Lazada though the Switch Alpha 12 only will be available next week.

The Aspire S 13 eschews fancy tricks, retaining the traditional notebook form factor but offers exceptional battery life on its built-in battery on top of good looks in spades as well as Intel’s sixth-gen Skylake processor. The external aluminium chassis is surprisingly fetching with rounded corners and chamfered, diamond-cut edges along with a novel grippy finish on the top lid. 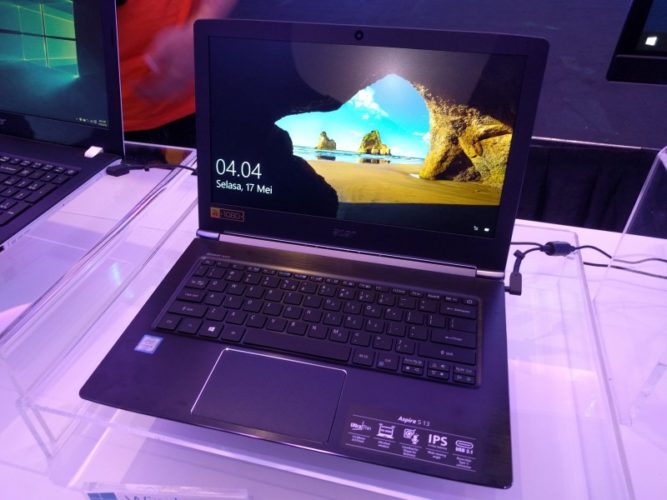 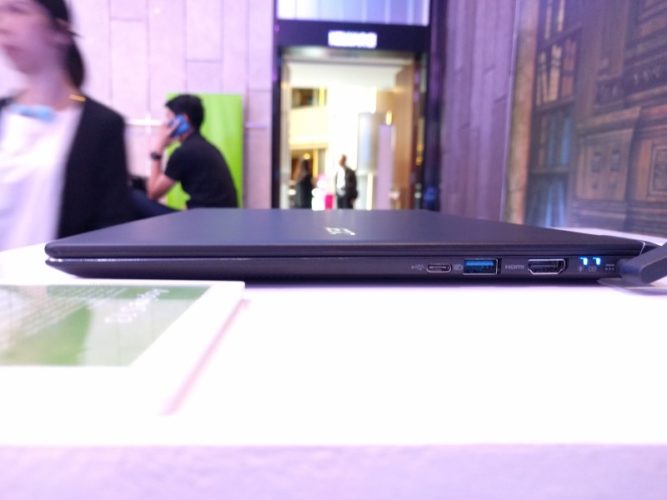 Also announced was the Acer Switch Alpha 12, a fanless two-in-one laptop/tablet hybrid that made its debut in a New York launch a month back. The design comes with a 165-degree kickstand that lets you angle the tablet display up and all the way almost flat. A bundled magnetic snap-on keyboard that attaches via magnets is detachable with a delibrate yank and lets you get some paperwork done on the go. If you’re an aspiring technophile, you’ll note its rather uncanny appearance to a certain range of Microsoft two-in-ones as well, also with detachable keyboard covers and kickstands, though this comes with a more affordable price tag which works out in the Switch 12’s favour. 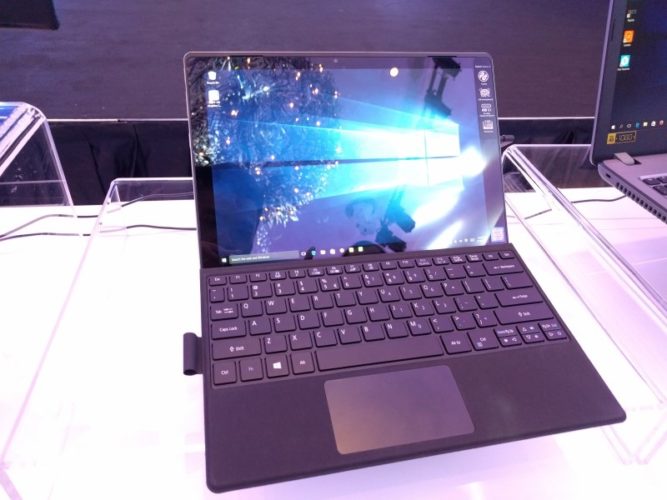 The Switch Alpha 12 sports a 12-inch 2,160 x 1,440 pixel resolution QHD touchscreen and comes with your choice of one of three processors – Intel Core i3-6100U processor, an i5-6200U processor or an Intel Core i7-6500U processor at different price points, up to 8GB RAM, up to a 256GB SSD, a stylus and Windows 10 Home or Windows 10 Pro.  Of note is their LiquidLoop cooling system that’s whisper silent as it eschews the usual fan cooling system for a sealed loop with cooling liquid within that gasifies to absorb heat from the processor and as it cools down and turns back to liquid again to repeat the process. 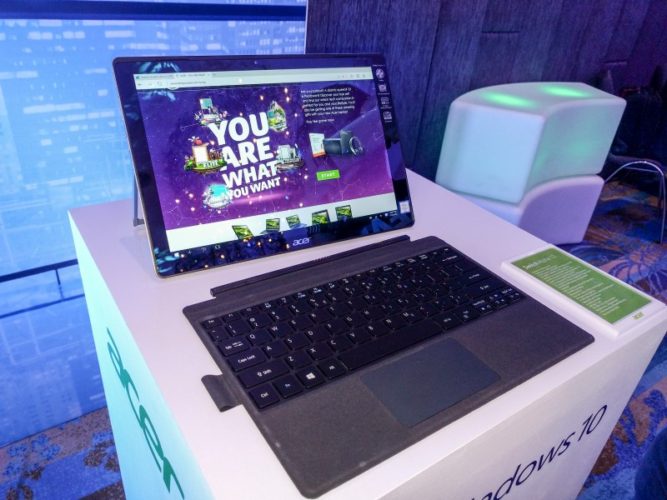 The whole affair weighs 900g for the tablet portion alone and, combined with the detachable keyboard dock, weighs 1.25kg. The highest end variant comes with the Intel Core i7 processor with 8GB RAM and a 256GB SSD for RM4,499. A midrange model with similar specs barring the swap of an i5 processor is also available for RM3,499. The entry level model sports an Intel i3 processor, 4GB RAM and a 128GB SSD. 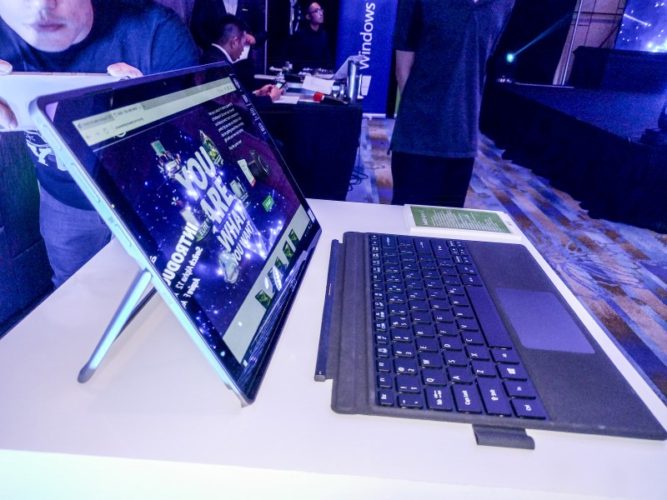 Acer’s midrange workhorse range is primarily differentiated with a range of storage options and screen resolution. Both the E14 and E15 across the range come with an Intel Core i5-6200U processor. The E14 all come with a 14-inch HD display, either an Nvidia GeForce 940MX 2GB GDDR5 or Nvidia GeForce 940MX 4GB GDDR5 GPU, 4GB RAM, either a 1TB SSD or 128GBSSD+1TB HDD and up to 8 hours of battery life with prices ranging starting from RM2,199. The entry level Aspire E14 comes in either Steel Gray or Marble White with the aforementioned specs and a 1TB HD and Nvidia GeForce 940MX 2GB GDDR5 GPU. The higher end E14 comes only in Steel Gray with the same processor as the cheaper variant but with a beefed up Nvidia Geforce 940MX 4GB GDDR5 graphics card and a 128GB SSD for faster boot-ups to supplement the existing 1TB hard disk for RM2,499. 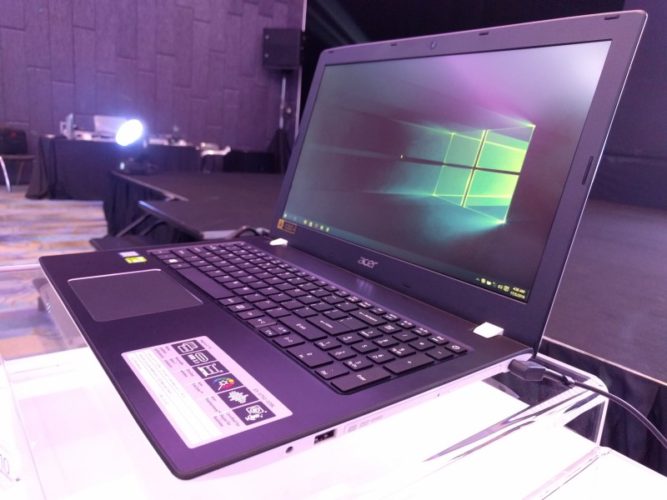 The Aspire R15 is a convertible with a 360-degree hinge that flips around and all the way to let you turn it from a notebook to a slate. 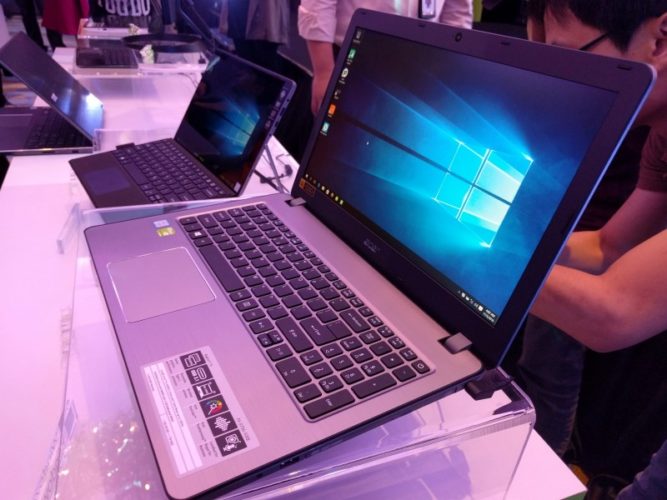 While it isn’t exactly able to go at Mach 2 and break the sound barrier, the Aspire F15 should be fast enough to be able to impress the ladies. It sports a machined aluminium chassis done up in either Obsidian Black or Sparkly Silver with a 15.6-inch 1080P display, 4GB RAM, a 128GB SSD along with a 1TB hard disk and your choice of either an i5 or i7 processor and either a Nvidia GeForce 940MX or GTX950M graphics card. The variant with an Intel Core i5 processor with an Nvidia GeForce 940MX GPU retails for RM2,699. The variant with an Intel Core i7-6500U processor is paired with a GTX950M graphics card for RM3,499. 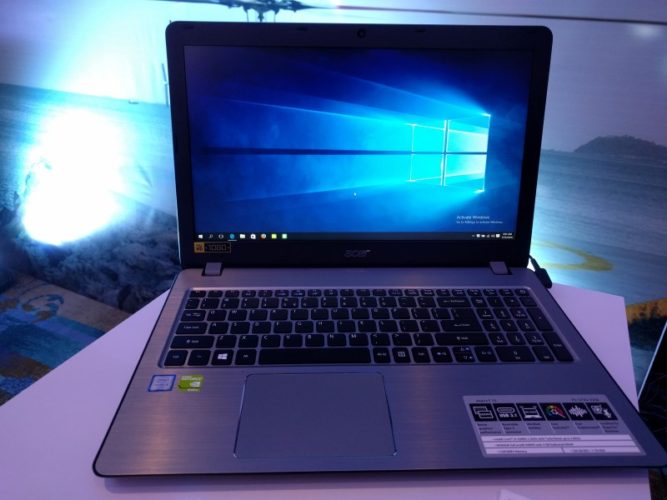 The R1 series monitors are Acer’s svelte new array of monitors that aim to minimise the usual snake pit of cables festooning a monitor and aim to be exceptionally slim to boot. The monitors come with a slick looking ring-shaped pedestal, come in three different screen sizes, is 6.6mm thin at its slimmest point and are all 1080P resolution with an ultra slim bezel. 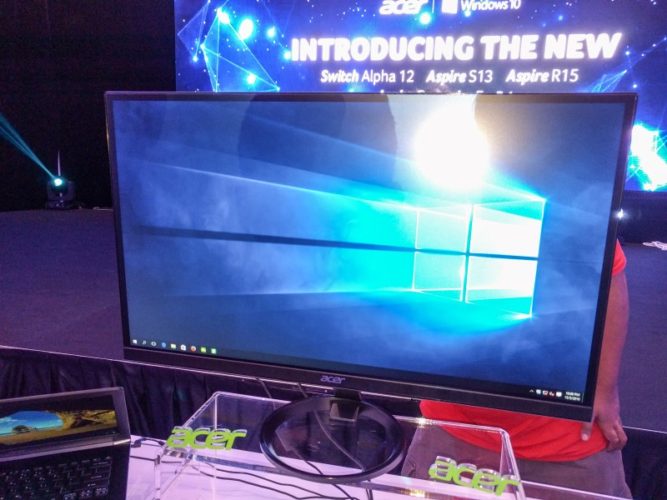 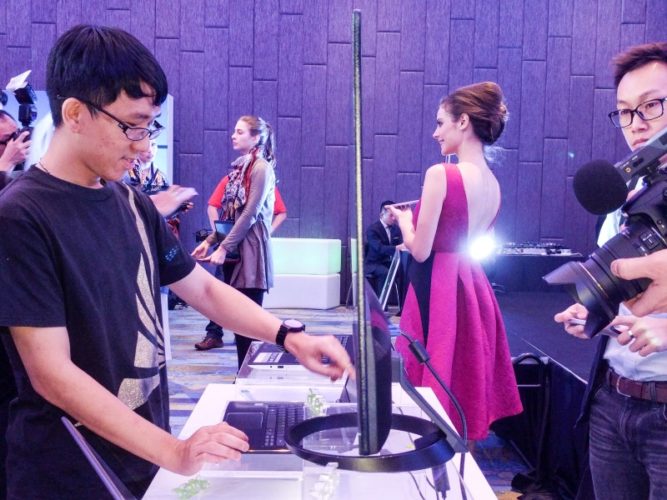