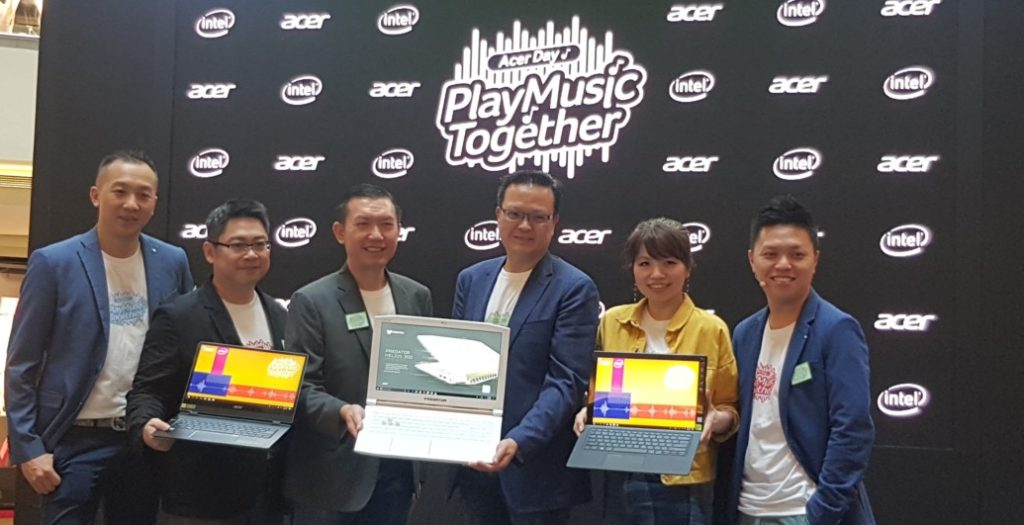 Acer is putting all the stops today to showcase what they have to offer for their Acer Day – Play Music Together  roadshow that is taking place at the Centre Court of Mid Valley Megamall. At a grand launch where they shared some of their most tempting bargains at the show, they also showcased a trio of new notebooks dubbed the Acer Swift 7, the Switch 7 Black Edition as well as the Predator Helios 300 Special Edition gaming notebook that comes in a very distinctive shade of white. 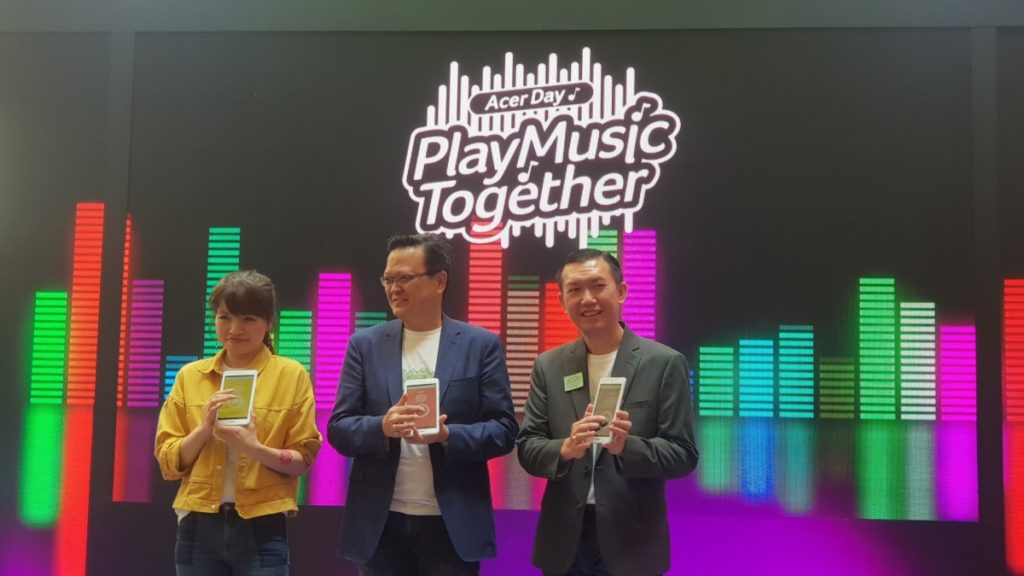 The Swift 7 is one of Acer’s slimmest notebooks ever made with an approximate thinness of 8.98mm – that’s about the thickness of your average post-Internet pulp magazine. While it is amazingly slim, it also proves to be rather capable as well with a raft of specs to tackle most papercrunching duties 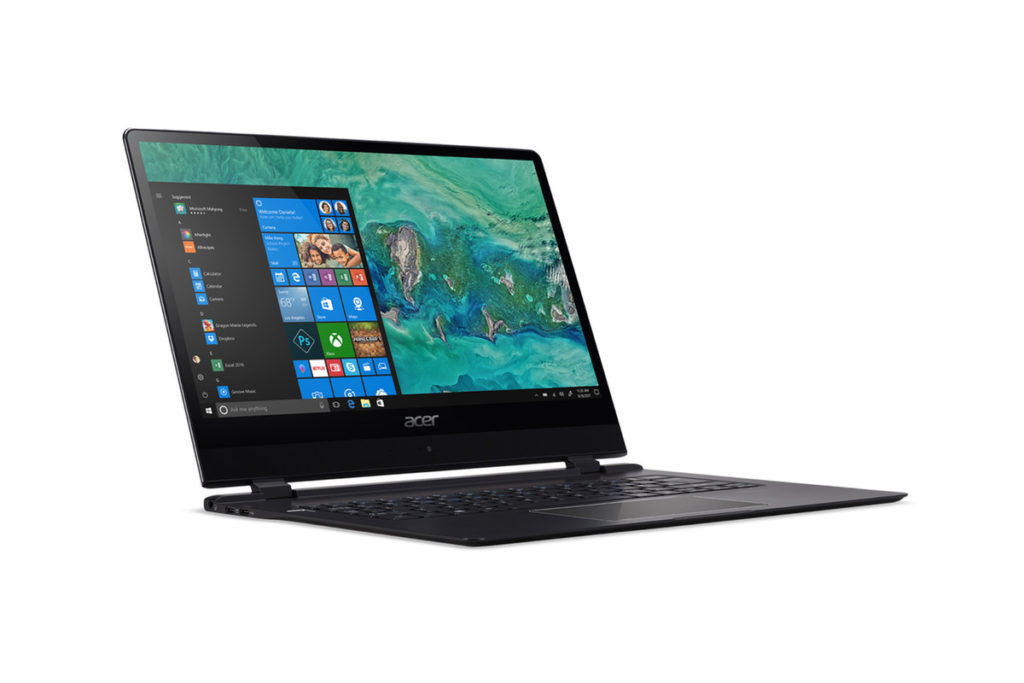 You have a 14-inch Full HD 16:9 aspect ratio IPS display, an Intel Core i7-7Y75 processor running Windows 10 Home, 8GB DDR3 RAM and a 256GB NVMe PCie SSD. Other mod-cons include a backlit keyboard, Wi-Fi n/ac, stereo speakers with Dolby Audio Premium tech and a fingerprint reader. The built in 2-cell 35.2 Wh battery offers up about 10 hours of battery life. Of note is that it also has a nano SIM slot for 4G so you needn’t have to rely solely on Wi-Fi tethering. The Swift 7 retails for RM6,399 and buyers get a free protective sleeve, a USB Type C to HDMI adapter and a USB Type A adaptor bundled in the box. The Swift 7 is available nationwide at all Acer Official Online stores and resellers nationwide.

Also designed for business oriented duties, the Acer Switch 7 Black Edition is an ultraportable convertible with a similar form factor to Microsoft’s Surface Pro rigs in the form of a detachable keyboard and a flip-out kickstand on the back. 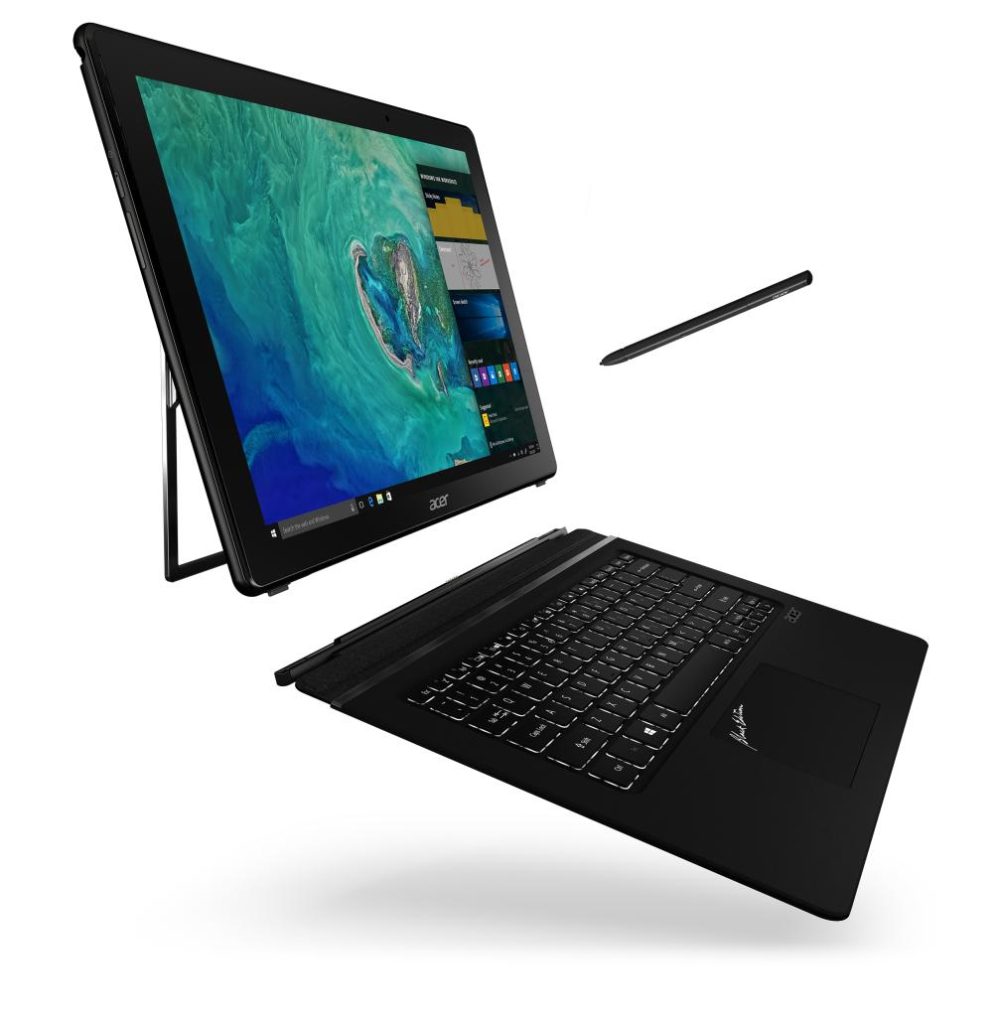 On the hardware front, the Switch 7 Black Edition integrates a 13.5-inch IPS TFT LCD touchscreen with 2,256 x 1,504 pixel resolution, an Intel Core i7-8550U 1.8GHz processor, 16GB DDR3 RAM, an NVIDIA GeForce MX150 GPU with 2GB of GDDR5 VRAM and a 512GB SSD. To keep the whole affair cool, the Switch 7 comes with their dual LiquidLoop cooling system that integrates a series of pipes throughout the chassis to vent heat. Battery life is rated to about 8 hours and it retails for RM6,999 with availability at all Acer Official Online stores and authorised resellers nationwide. 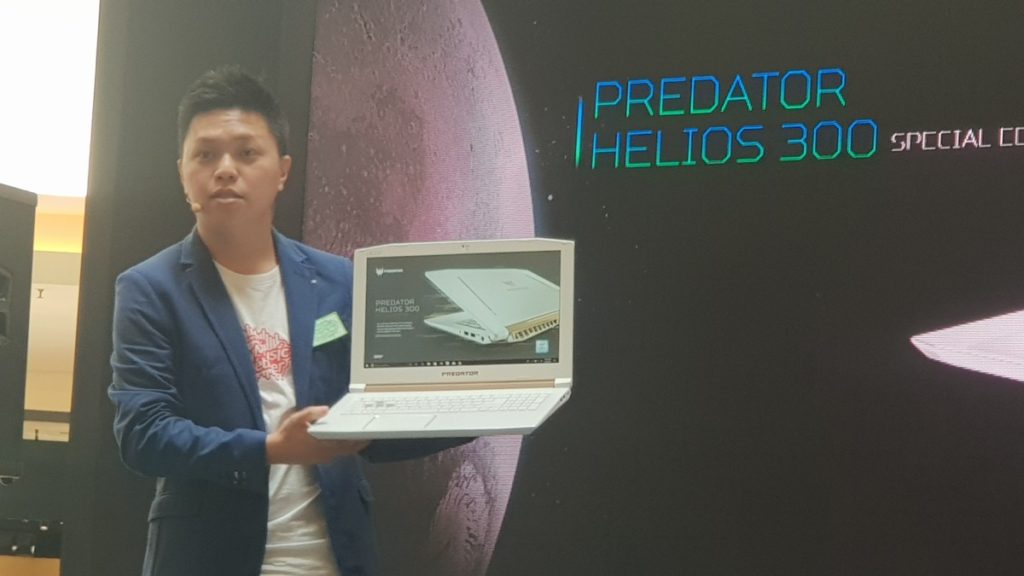 There’s only 50 examples of this special edition variant of the Helios 300 running around in Malaysia with each priced at RM6,199 so if you’re keen you’d best hustle. To sweeten the post, each purchase of the Predator Helios 300 Special Edition variant comes with a free Predator gaming backpack, earphone, gaming mouse as well as a mousepad, all of which are finished in white to complement the notebook. The Acer Predator Helios 300 Special Edition is available from mid-August onwards at all Acer Official Online stores and authorised Predator Partners nationwide. 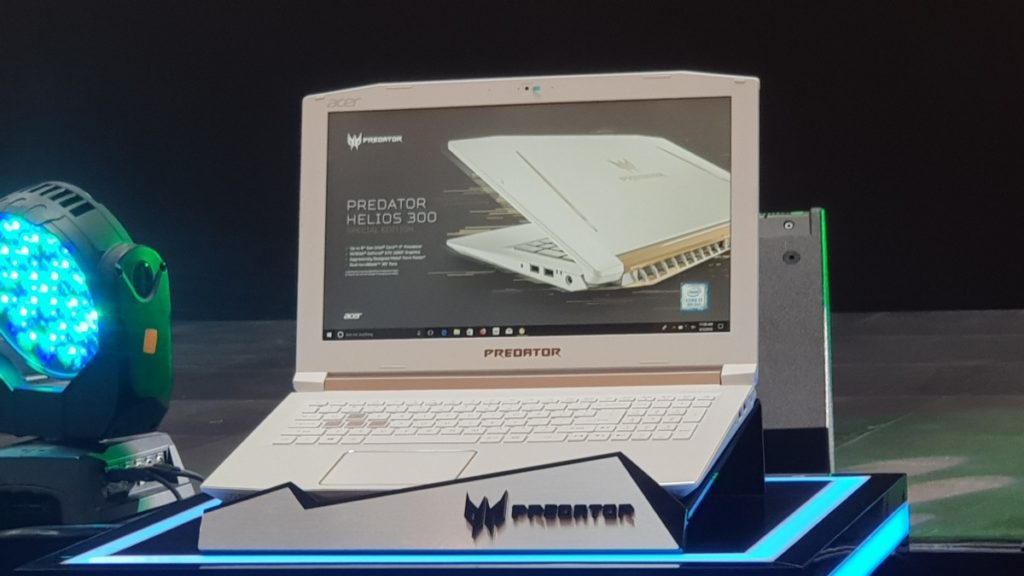 The Acer Day Play Music Together roadshow also has a tempting flash promo that will take place from 10.00AM to 12.00P from 4 to 5 August 2018 (Saturday and Sunday). 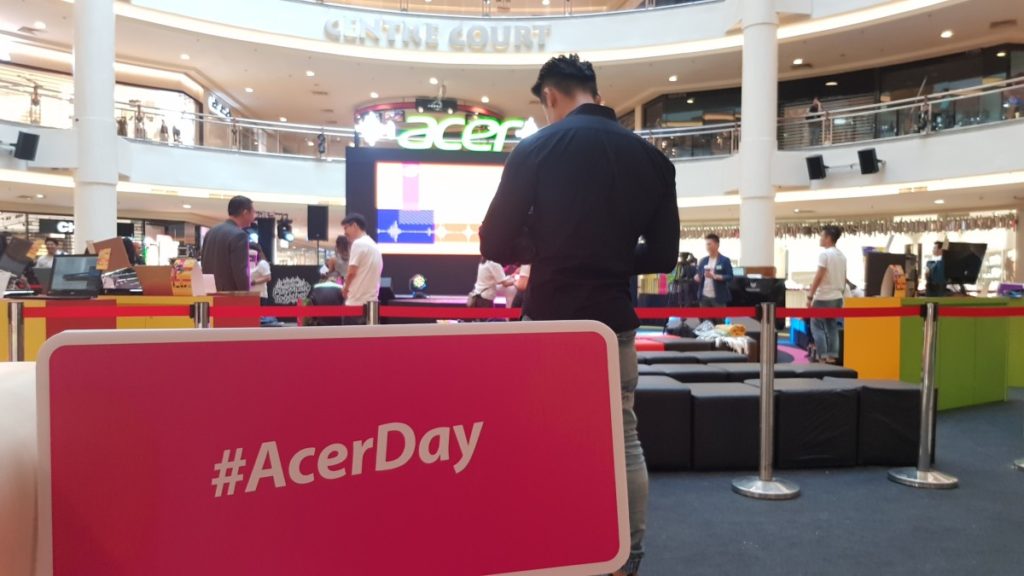 At the roadshow, customers are entitled to purchase the Acer Aspire 3 notebook which normally retails for RM1,319 for a low RM899 though this is limited to one per customer only. Customers can also purchase a host of other products including their current line-up of notebooks as well as other promotional delights like their Predator Roll Top backpack for a low RM29, their Predator Cestus 300 gaming mouse, monitors and more. Customers lso stand a chance to win prizes that include a trips to Taiwan, a range of Acer notebooks and more. For more details swing by www.acer-day.com 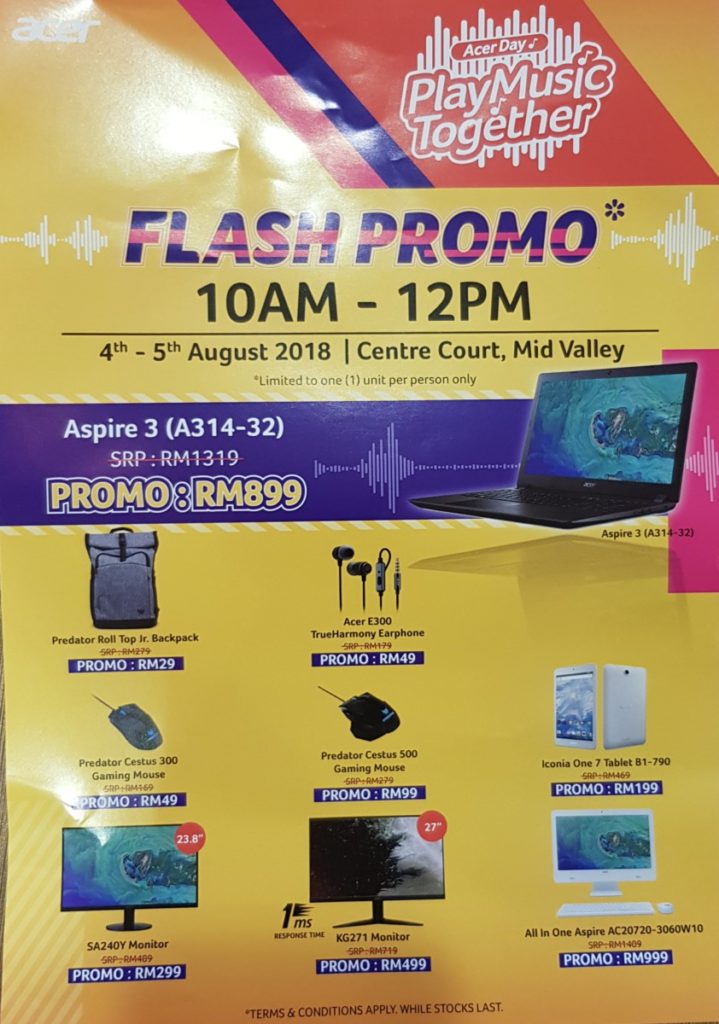