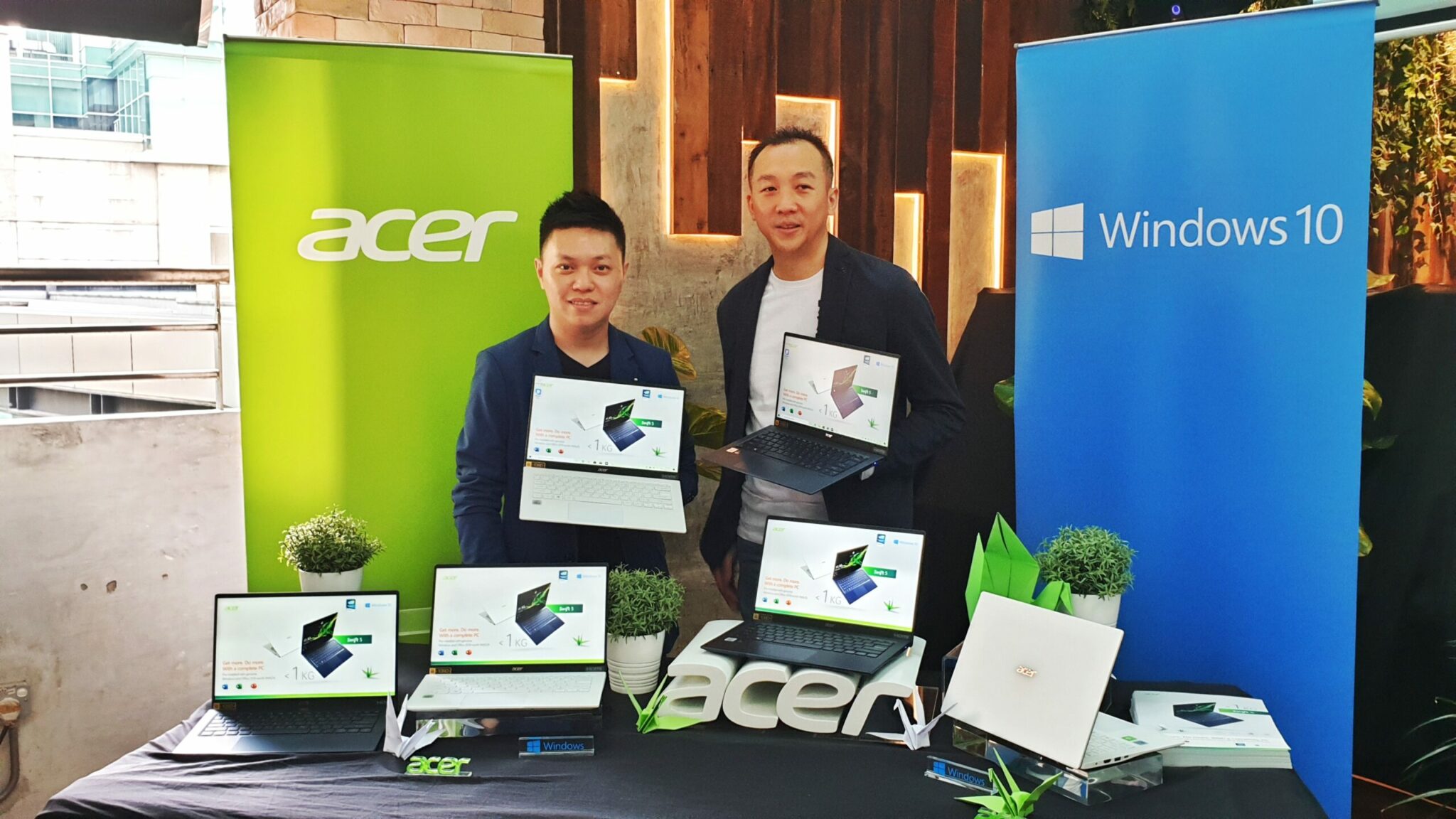 Portability is always a concern for road warriors but it usually comes a tradeoff in performance but the revamped Acer Swift 5 series notebooks may be the closest and lightest yet to that elusive grail as they weigh just 990g while packing the latest 10th Gen Intel Core processors. 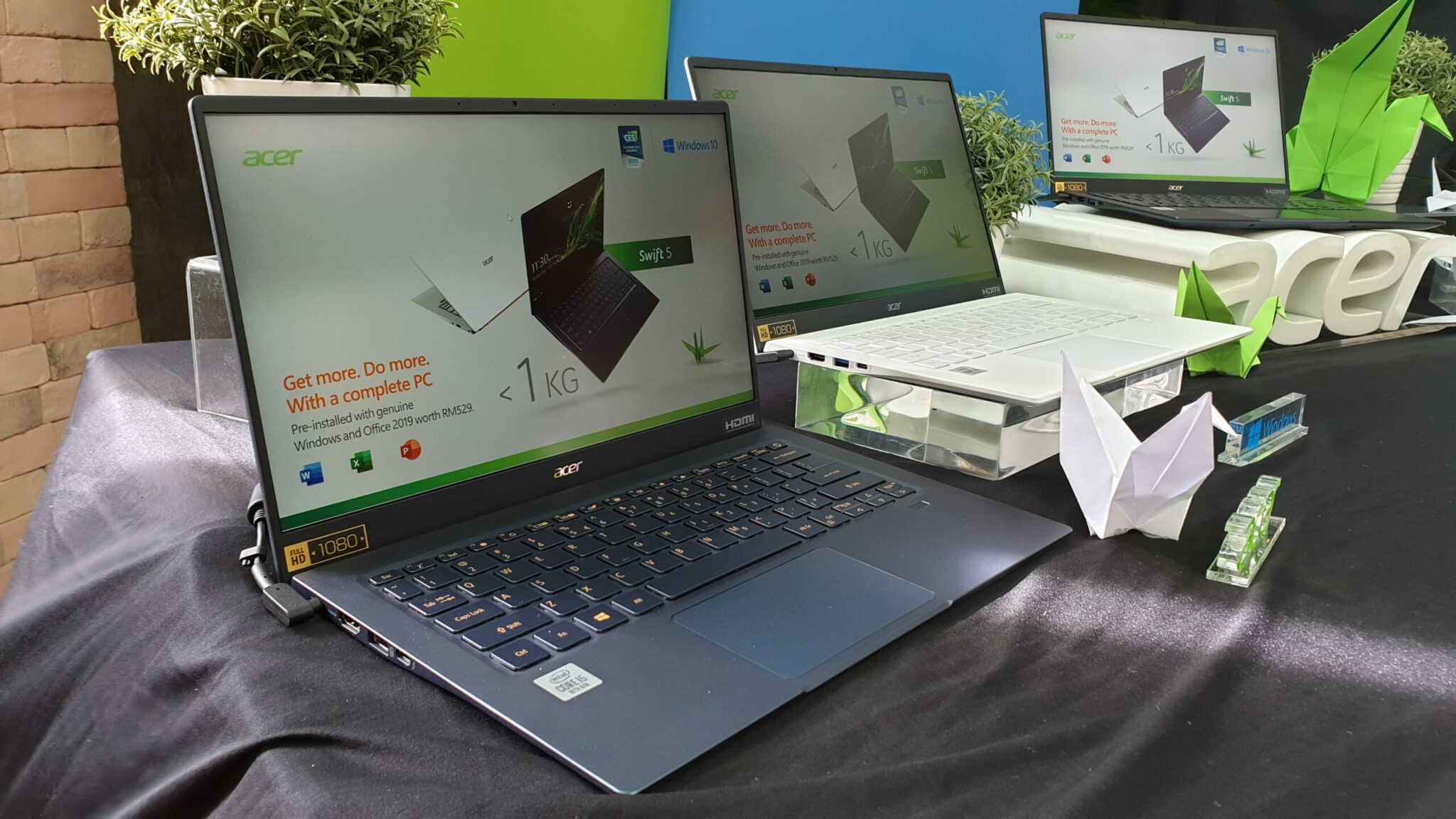 The Acer Swift 5 comes in a variety of configurations but all of them have in common a 14-inch Full HD display that has a three-sided ultra-slim 3.97mm thin bezel that offers an 86.4% screen-to-body ratio. 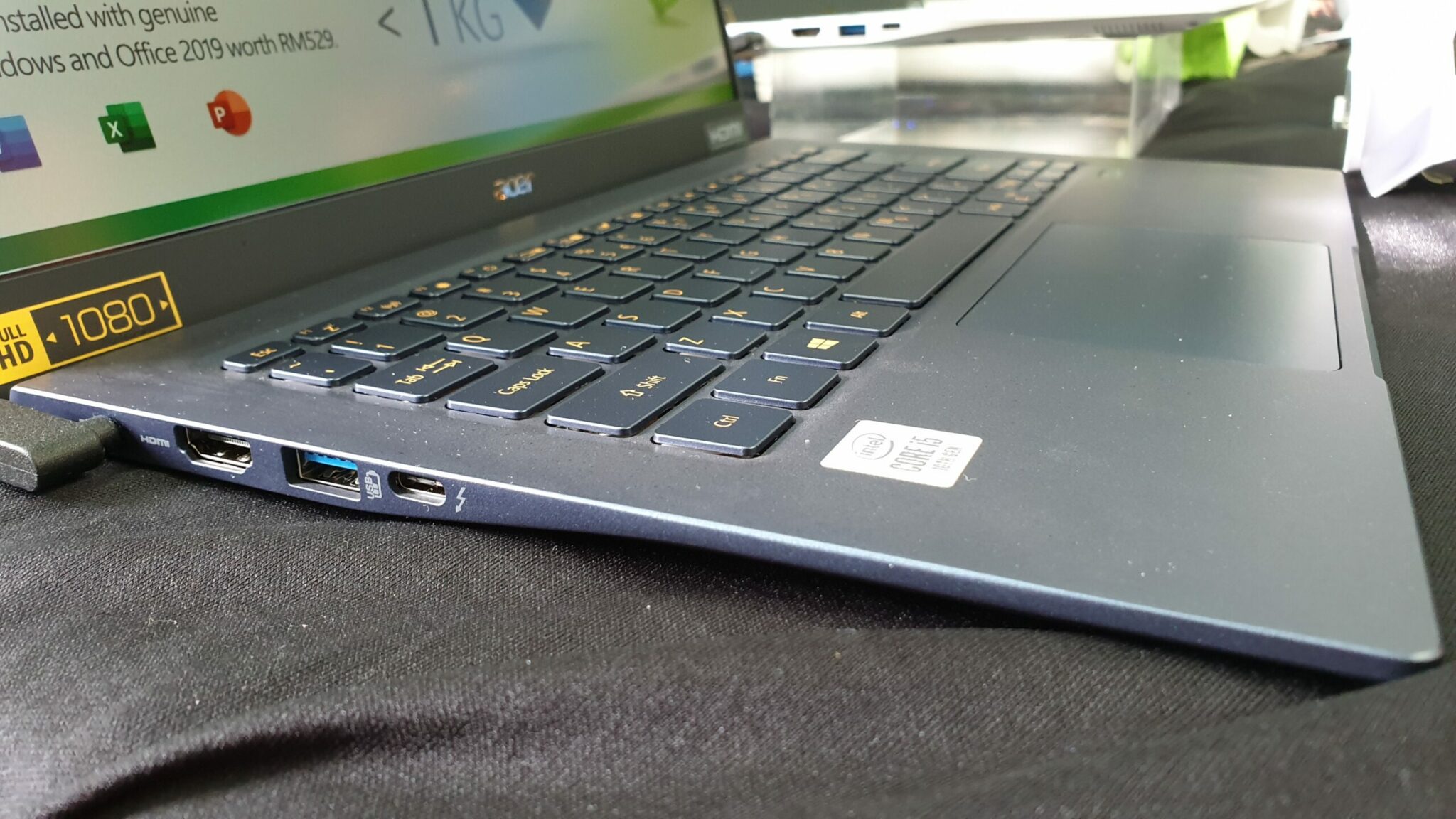 An ultralight magnesium alloy chassis keeps the weight just under a kilogram; seeing in-flight carry limits these days, every gram matters. The notebook itself is also exceptionally slim with a thickness barely larger than a magazine at 14.95mm thin. 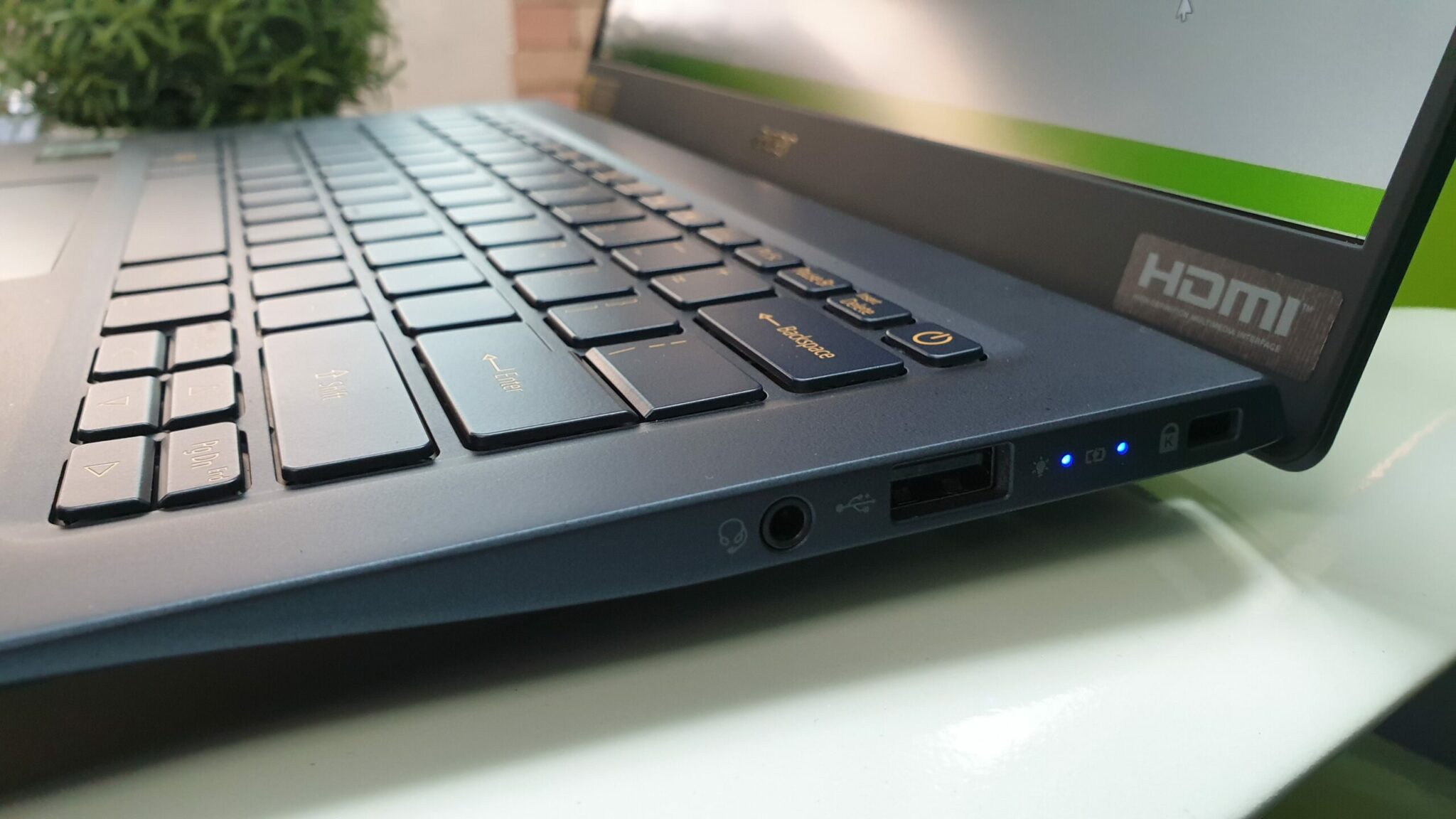 Productivity workers will also appreciate the fact that all Acer Swift 5 notebooks come with a free perpetual copy of Microsoft Home & Student 2019 that’s worth RM529 that packs in Excel, Word and PowerPoint. That’s quite a bonus rather than having to fork out a yearly fee. 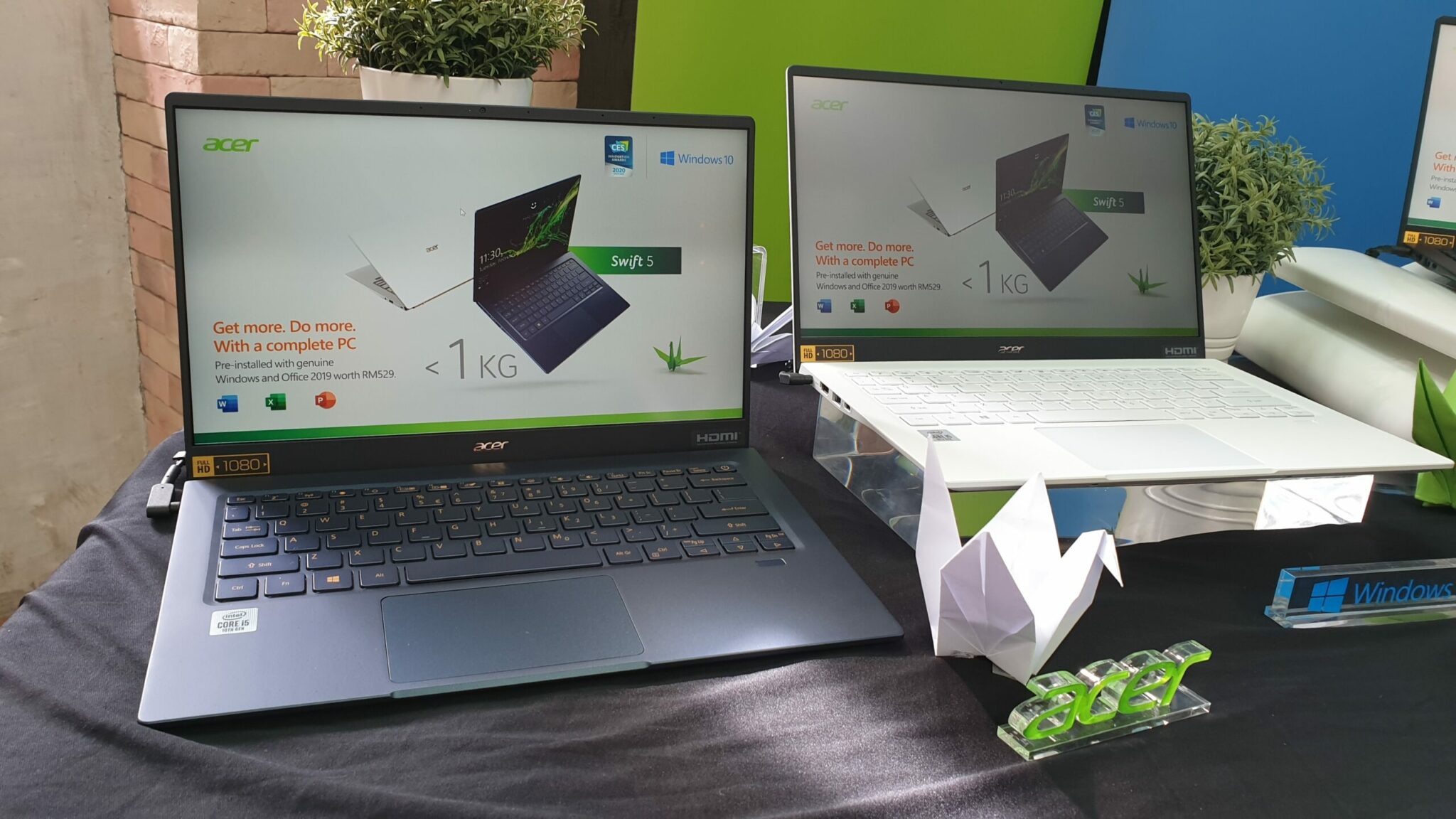 In Malaysia, the Acer Swift 5 comes in 3 different subconfigurations that vary in terms of what processor they pack though all come with 10th Gen Intel Core Ice Lake processors, different amounts of RAM and either Intel UHD graphics, an NVIDIA GeForce MX250 or Iris Plus graphics. Externally, the various configurations look similar save for slightly different colour schemes with some coming in a dark shade of Charcoal Blue and others in a shade of Moonstone White.

The entry level models come in your choice of either Moonstone White or Charcoal Blue with both packing an Intel Core i5-1035G1 processor, 8GB DDR4 RAM, a 512GB PCIe SSD and Intel UHD graphics. 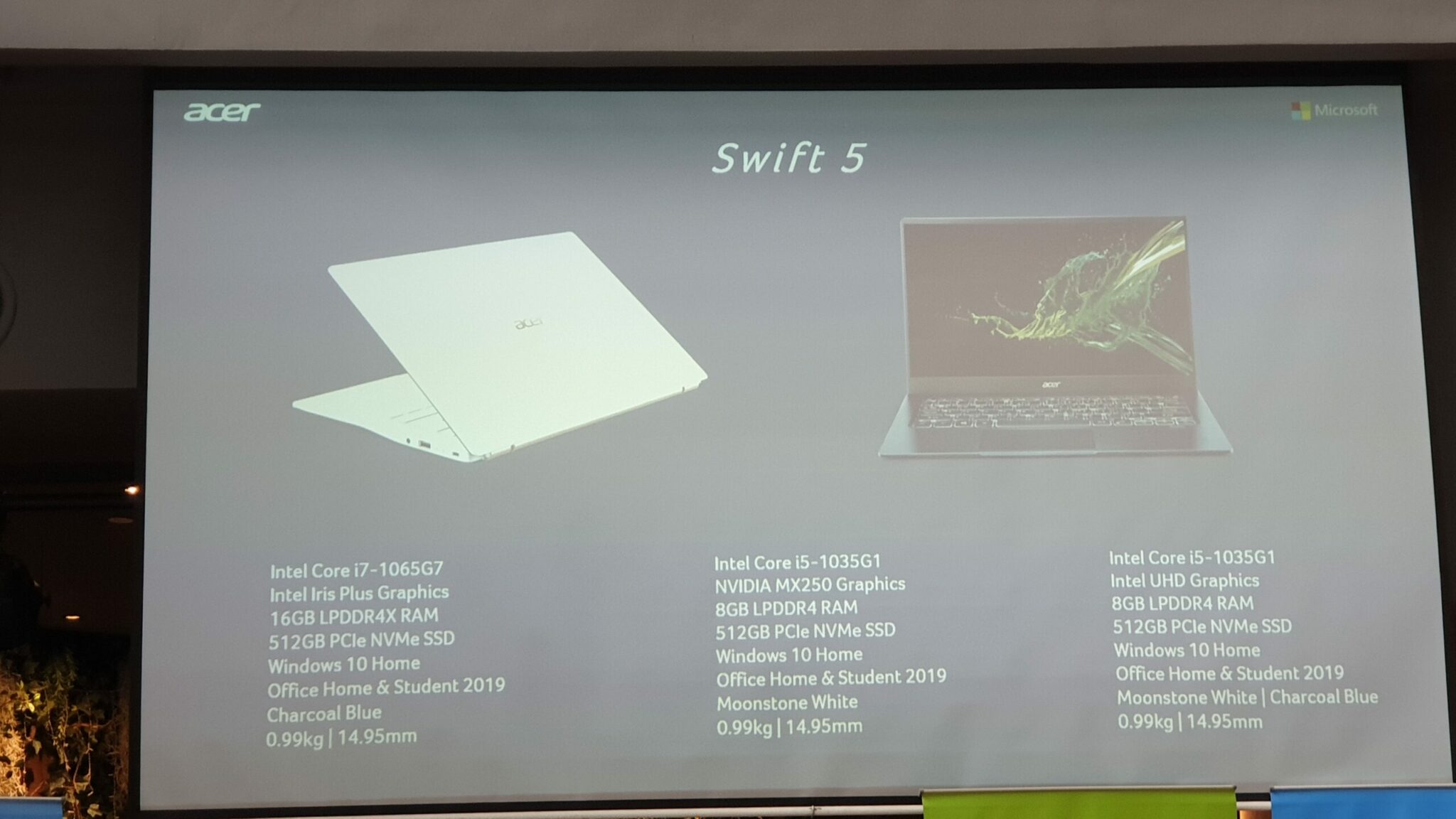 The Acer Swift 5 and all its various configurations are now available nationwide at all Acer Concept stores and Acer official online stores as well as Acer official resellers nationwide.

Acer is also hosting a unique promotion where the first 5 units of any model purchased at selected stores will receive a Mi True Wireless Earbud Basic worth RM99 on the house. Better yet, anyone who purchases selected Acer models worth between RM3,000 to RM5,399 will be able to redeem a free Predator waterproof bag, a Predator Cestus 310 gaming mouse or Acer E300 true harmony earphones. For more details visit www.acer.com.my