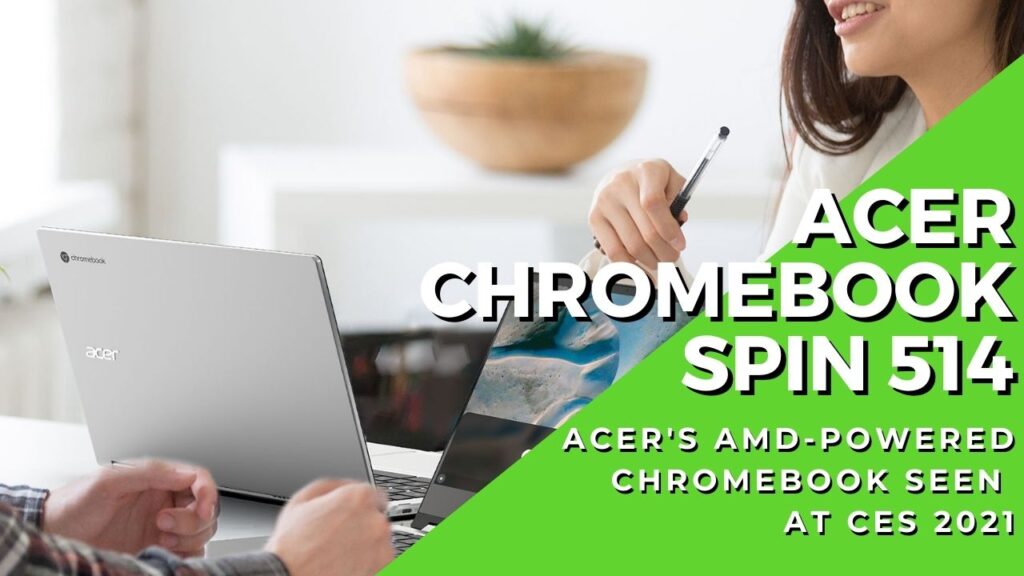 Chromebooks typically don’t come to mind in our neck of the woods and are usually issued for educational purposes but the new Acer Chromebook Spin 514 looks like something with enough performance to tackle work from home tasks and a bit more too, powered as it is by AMD’s new Ryzen 3000 mobile processors

The Acer Chromebook Spin 514 packs a 14-inch Full HD touchscreen display that has a 78% screen-to-body ratio and 6.1mm thin bezels mounted on a 360-degree hinge.

Under the hood, the Chromebook Spin 514 comes with the aforementioned AMD Ryzen 3000 C-series mobile processors paired with AMD Radeon graphics, up to 16GB DDR4 RAM and 256GB of storage.

Connectivity options include WiFi 5, a pair of USB-C ports, a pair of USB 3.2 Gen 1 ports and a microSD card reader. Battery life is rated for 10 hours or so which is enough for a day’s worth of work in the field.

The chassis is built in a robust fashion and is rated for MIL-STD-810H levels of durability to survive dings, dents and drops which adds to its appeal.

There is also a corporate version dubbed the Acer Chromebook Enterprise Spin 514 that has an enterprise version of Chrome OS with more security features.