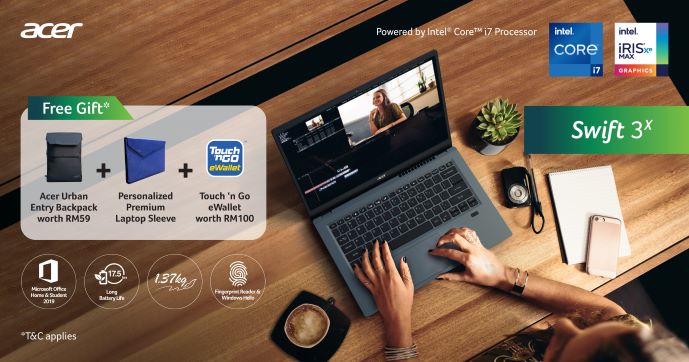 Acer’s global next@acer event last month revealed their next generation range of laptops, desktops and other gear to the world. It’s barely a month in and they’re already shipping the first wave of their newly announced laptops – the Swift 3X series and Aspire 5 series to Malaysia.

Both laptops come with the latest 11th Gen Intel processors and integrated Iris Xe graphics though some versions back NVIDIA MX350 GPUs. Of note is that purchases of both laptops before the end of the year – 31st December 2020 will get free gifts including RM100 worth of Touch ‘n Go eWallet credit and personalised laptop sleeves too. 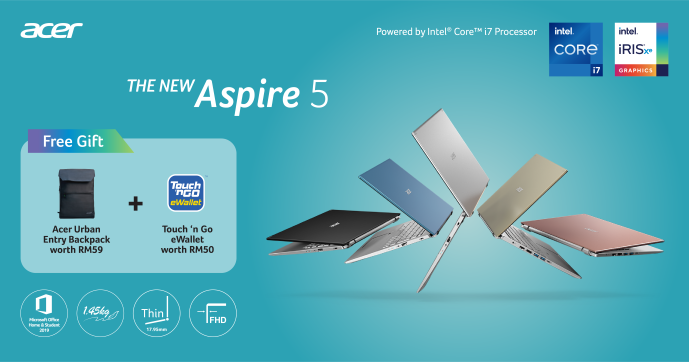 The Acer Swift 3X comes with two possible configurations that differ by what processor they pack and how much RAM they have. Common to both variants is a 14-inch Full HD IPS display, a 512GB PCIe NVMe SSD, Intel Iris Xe MAX graphics, about 17.5-hours of battery life and a free copy of Microsoft Office Home and Student 2019. 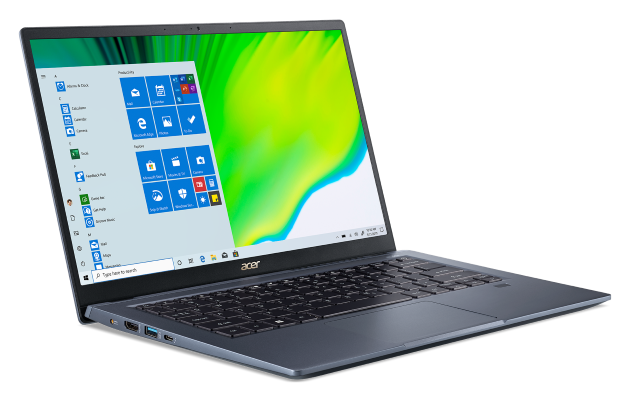 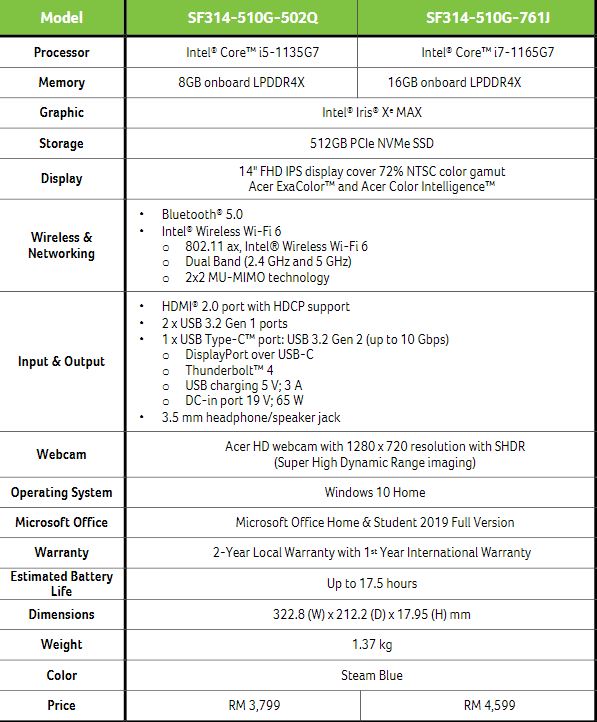 The Acer Aspire 5 comes in a multitude of variants and configurations at multiple price points though they are primarily differentiated based on their screen size and what processor they pack. All of them also ship with Microsoft Office Home & Student 2019. 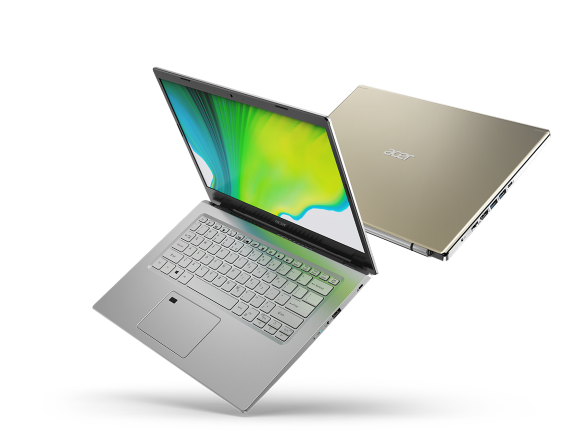 The Acer Aspire 5 with a 14-inch display also has multiple variants in different colours that are primarily differentiated based on your selection of either an Intel Core i5-1135G7 or Core i7-1165G7, Intel Iris Xe or NVIDIA MX350 graphics. Like the 15.6-inch variants, the 14-inch versions have 4GB DDR4 RAM upgradeable to 20GB and a 512GB SSD. The highest end version clocks in at RM3,499 and gives you an Intel Core i7 CPU paired with Iris Xe graphics. 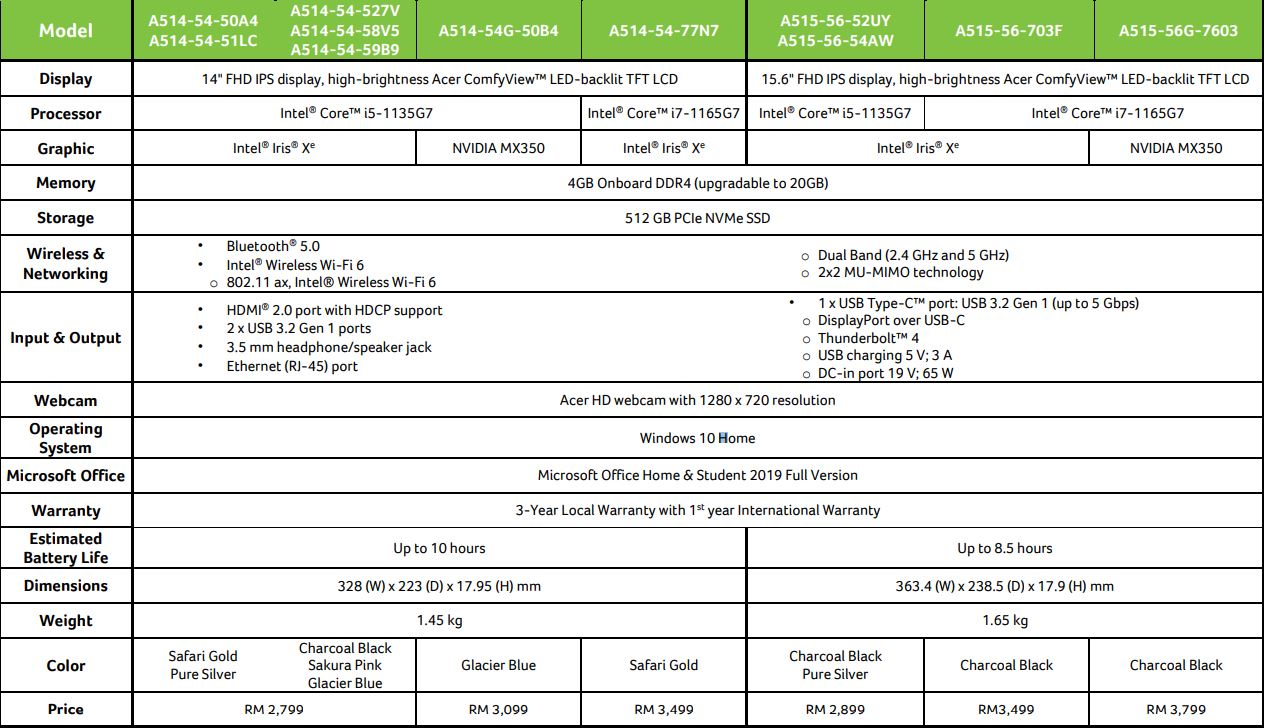 All versions of the Acer Aspire 5 and the Swift 3X are available now in Malaysia. Check them out at www.acer.com.my