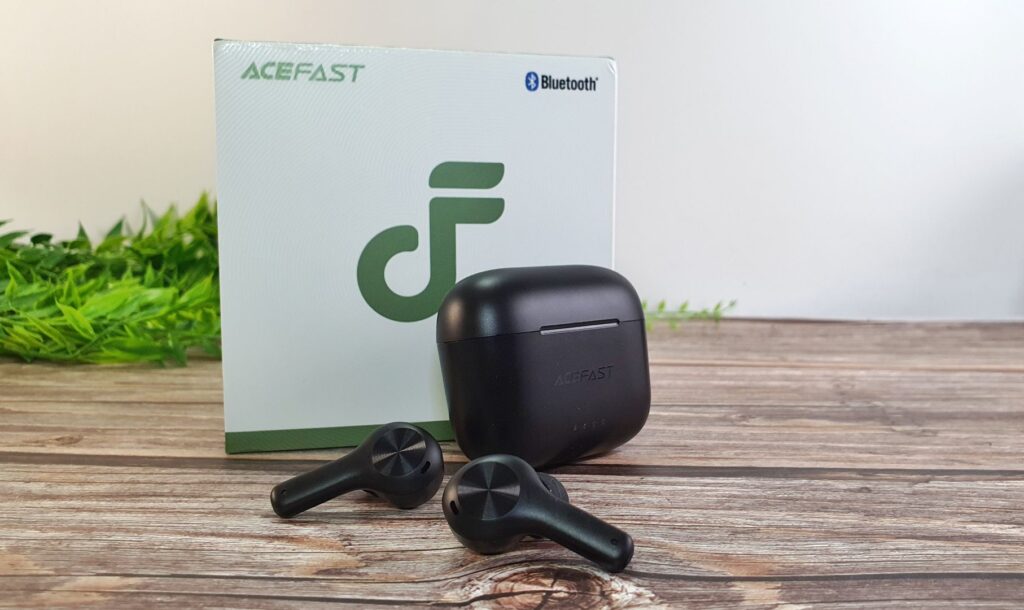 As a brand, Acefast is considered relatively new in the market though they’re rapidly making a name for themselves as a provider of solid smartphone gear including wireless earbuds like the Acefast T1 Earbuds that we had the pleasure to field test.

While they’re not yet available in Malaysia, they’re easily sourced via Amazon but are they worth the money? Here’s our Acefast T1 review where we see if wireless earbuds are truly worth your money!

Our Acefast T1 earbuds came in a package that bears Acefast’s livery which consists of a white box with khaki trim and matching chevrons on the side while the top lid comes with the company’s logo that looks like an abstract treble clef matched with a lowercase letter D.

Popping the case open reveals the Acefast T1 nestled within a foam tray along with a pair of differently sized silicone earbuds, an instruction manual and a USB-A to USB-C charging cable. This assortment of additional gear is fairly conventional and expected for most wireless earbuds at this price point. 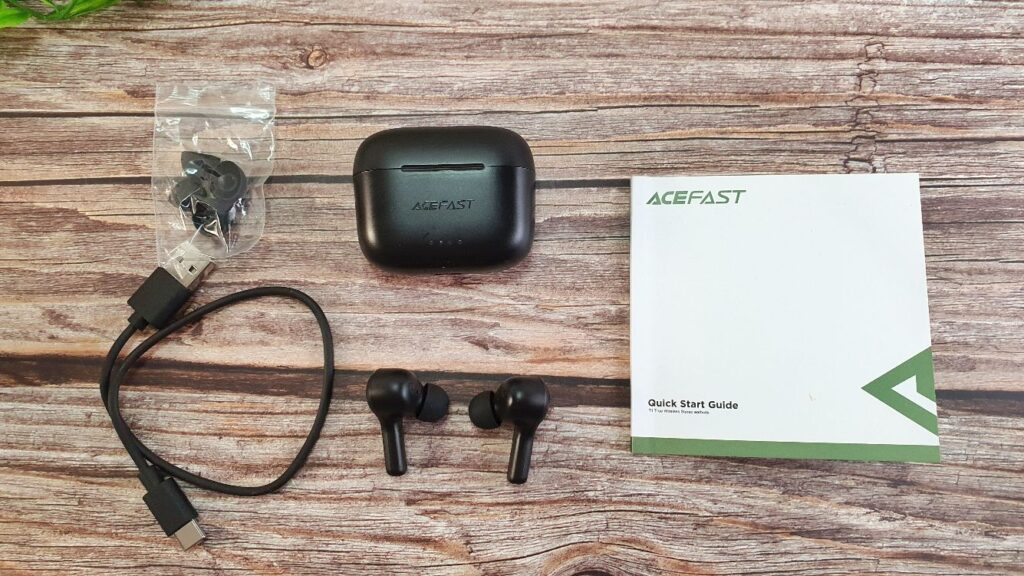 Out of the box, our Acefast T1 review sample comes with a fairly conventional top-opening design with a squarish, relatively flat body that’s designed to lie on its side. The base features a USB-C charging port along with a set of LEDs on the front of the case to indicate charging status and remaining charge in the case itself.

Opening the Acefast T1’s case can be done one-handed without issue to reveal a pair of top-loaded earbuds that can be easily fished out one-handed on account of a fairly grippy texture on the housing.

In terms of design, the Acefast T1’s earbuds are a hybrid from the narrow toothbrush shaped design favoured by Apple’s Airpods with the bulbous versions seen in many Android wireless earbuds.

In effect, the earbuds have a chunky extension that extends outwards from the battery and speaker housing which nestles in a user’s outer ear. The earbuds each have swappable ear tips and a chromed control surface which responds to the universally accepted series of taps to manipulate calls and music playback.

On paper, the Acefast T1’s earbuds are rated for IPX6 water resistance which means it can survive heavy sprays of water which means that it’ll take a sousing in a rainstorm and work in a shower but will not survive a swim in the pool while its charging case lacks any such protection so you’ll have to be twice as careful with the case itself. 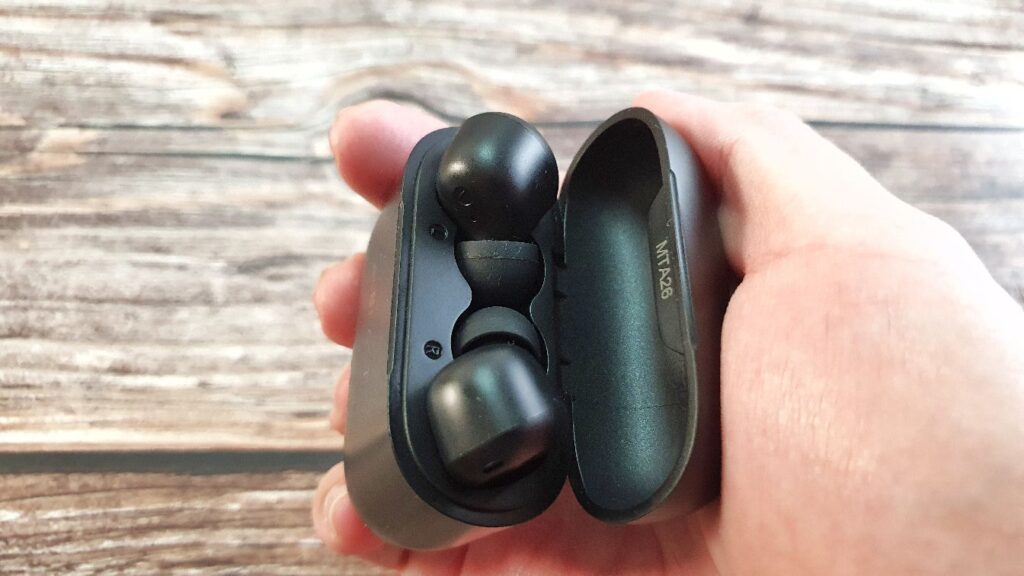 Our Acefast T1 Review has a matte black finish and a tall, narrow form factor that makes it easy to open one-handed.

Build quality is fair for what you pay for and it’s understandable that Acefast plays it safe with their inaugural wireless earbud design with a form factor that’s widely accepted, very pocketable and sturdy rather than going for something avant garde.

The specifications of the Acefast T1 are fairly typical of other wireless earbuds in its price point, featuring 6mm dynamic drivers within each earbud and Bluetooth 5.0 connectivity to pair with smartphones, laptops and other gear. It’s relatively device agnostic and paired up rapidly with a variety of smartphone brands I had in the lab including the new Huawei nova 9, a Galaxy Z Flip3 5G and a Windows 10 laptop. 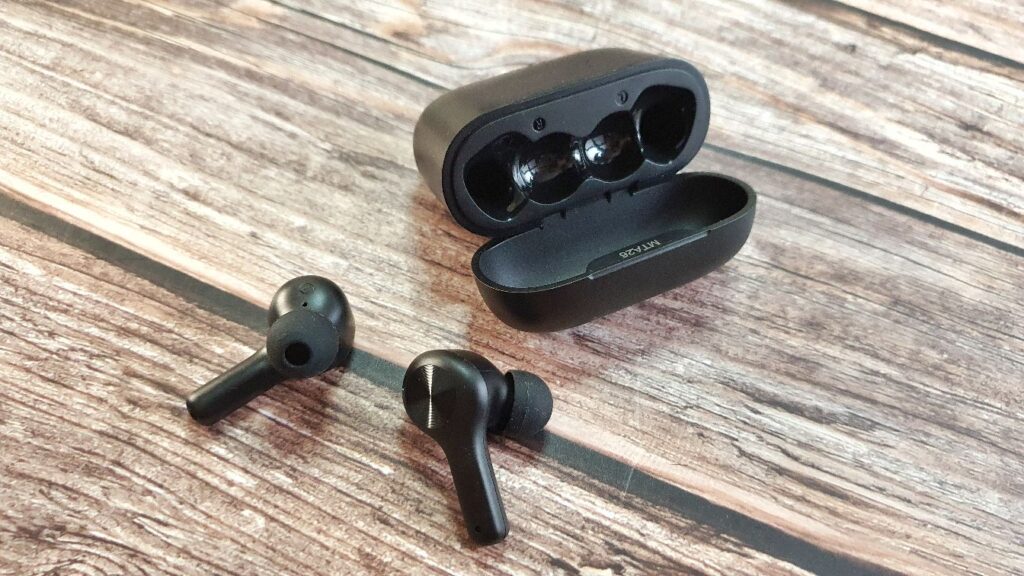 Our Acefast T1 review sample paired up swiftly with our test devices in a matter of seconds. The default pre-installed pair of medium sized ear tips proved comfortable straight out of the box though users with differently sized ear canals can avail themselves to the smaller and larger eartips bundled in the box.

Unfortunately there’s no way to customise the control setup to taste as Acefast has not created a companion app to more intimately control the T1 but it’s not a deal breaker seeing as these earbuds are more intended for general use rather than more specialised mission profiles such as being earbuds for audiophiles or hardcore gamers.

When subjected to a variety of usage scenarios that include taking calls, music, movies and gaming, the Acefast T1 proved to be a fairly competent performer for its price point.

A full four hour listening and gaming session proved to be relatively comfortable though this is contingent on ensuring a comfortable seal from the silicone ear tips. The design also ensures a secure fit and a cursory sprint around the block and jumping jacks showed that it’ able to survive a workout session without falling out by accident.

Overall sound staging was handled quite well with good left/right sound separation for the earbuds and a conservative, relatively balanced sound profile with a slight emphasis on bass though this is understandable as it covers most contemporary genres of music.

The provided bass isn’t the deepest or richest or offer but is fair for the price of entry and the earbuds are able to crank up to maximum volume without distortion. Unfortunately, there’s no way to tweak the equaliser settings unless your paired device has them.

The earbuds don’t have a gaming mode but are serviceable for casual gaming and I didn’t notice any significant lag that would compromise a Call of Duty Mobile firefight with weapon reports sounding off on time. Both ingoing and outgoing phone calls were also handled in a competent fashion and call quality was relatively clear though background noises were somewhat apparent especially in noisier environments by incoming callers.

There’s still a modest bit of sound leaking in even with a well fitted pair of silicone eartips when tested on a jaunt outdoors with heavy foot traffic and in a coffee shop which makes the Acefast T1 more suited for indoors environments at home or where there’s less ambient noise.

Battery life is average at 4 hours of play time with an additional 15 hours of so in the case with a full charge requiring one and a half hours to fully recharge it.

Should you buy the Acefast T1 earbuds?

The Acefast T1 earbuds represent a solid debut offering with a fair blend of competently handled sound and a proven design as well as a price tag that won’t break the bank. 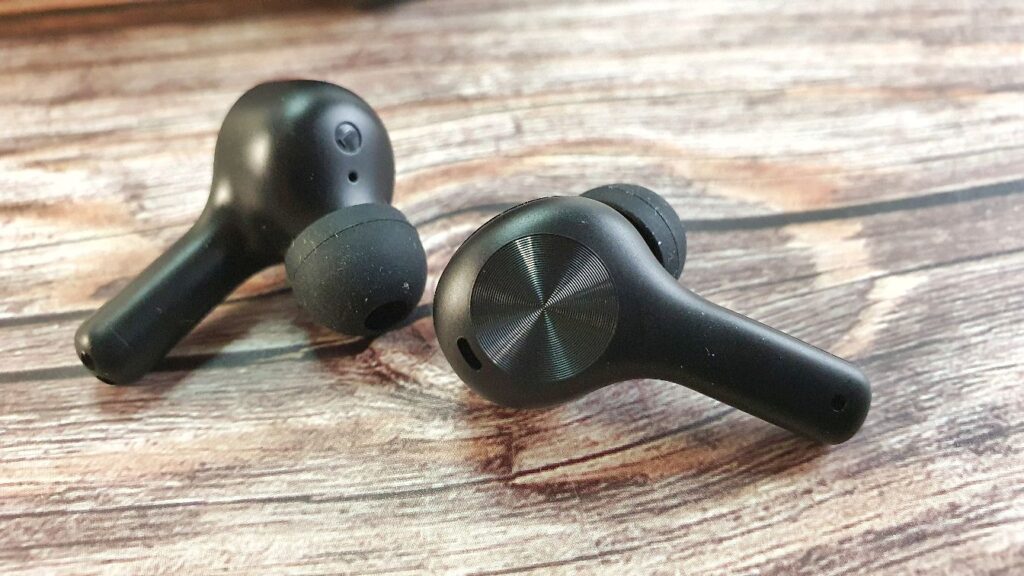 While it isn’t available yet in Malaysia, it’s relatively common in other regions like Europe, the US and Japan where Amazon holds sway. If you’re keen on exploring a unique new brand, the Acefast TWS T1 earbuds are well worth a look.

priced as a relatively entry level offering but their debut pair of wireless earbuds covers all the basics. While it has a fairly conservative design, it offers sturdy build quality, IPX6 water resistant earbuds, fair battery life and good overall performance for music, gaming and phone calls alike. If you’re looking for an affordable alternative over the usual players, give this one a look.

No software to customise sound signature or controls