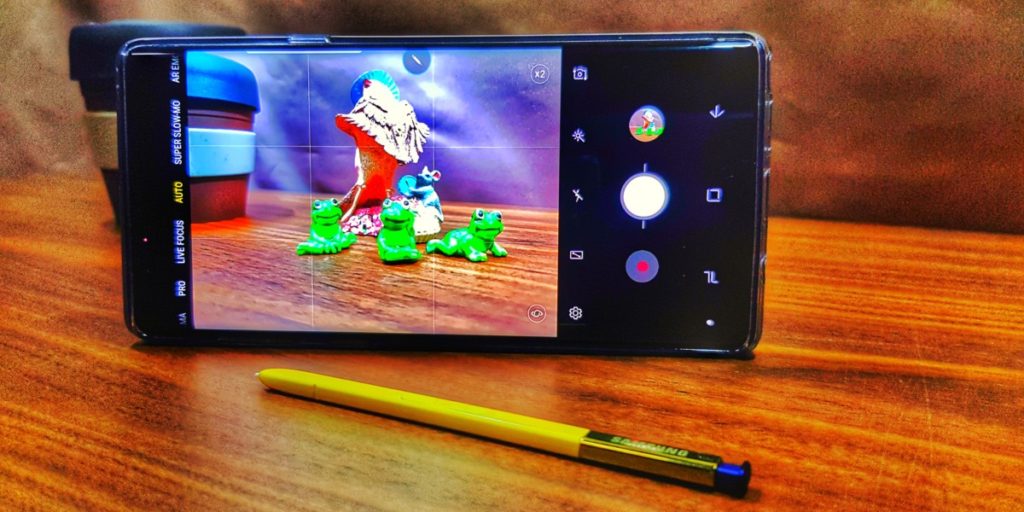 Effectively the cornerstone of what makes the Galaxy Note series so unique, the new S Pen stylus on the latest incarnation of the series, the Galaxy Note9 is a generational leap ahead of its predecessors as it not only works as a darned good stylus, it’s also a remote control too. Yes, you read that right, the Note9 S Pen is also a remote control. 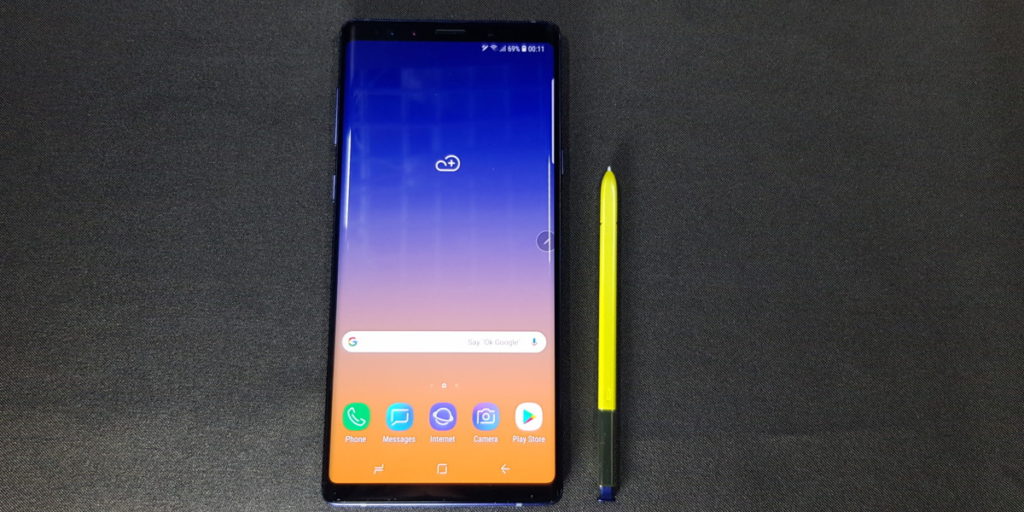 Externally, the new S Pen stylus isn’t all too different from its predecessors with similarly squarish dimensions, a nib in the front and a clickable top along with a button located midway along the body. 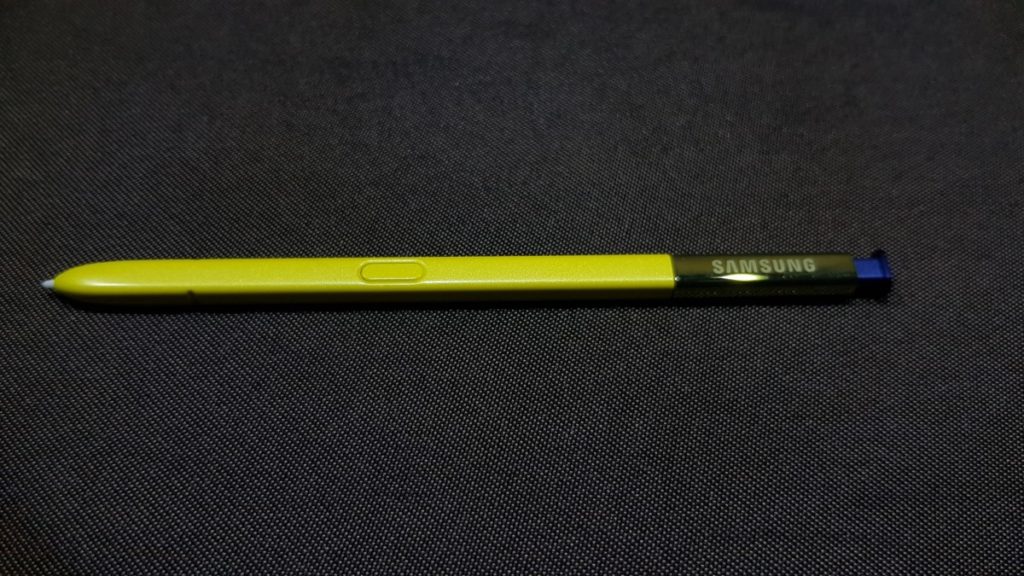 Where they differ is that the new S Pen now has Bluetooth Low Energy (BLE) connectivity and a supercapacitor integrated into the pen itself, allowing it to stay connected wirelessly to the Galaxy Note9 to manipulate certain apps via a series of single click, double click and long presses on the S Pen’s sole button. The supercapacitor charges itself when the S Pen is docked into the Galaxy Note9 and once away from the phone, has about a ten meter range. 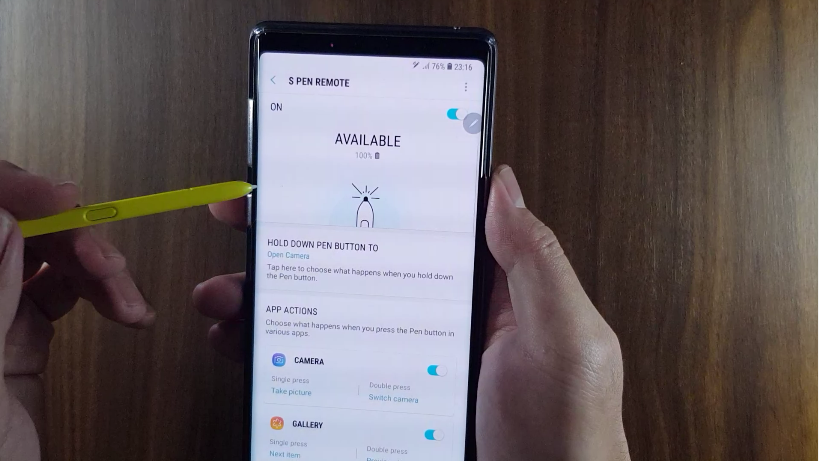 A full charge lets you have about two hundred or so clicks of the button or about half an hour in standby mode which is plenty for almost any task at hand. Even if the S Pen runs out of juice, it still works in its original role as a stylus with the Note9 and all it takes to be back up and running again is to simply put it back in its stylus well for a short 40 second charge to be back at full power. So, what can a remote control the size of a pen do? Plenty indeed. Read on squire and find out just what the Galaxy Note9 S Pen can do.

So how do you get started?

Assuming of course that you have a Galaxy Note9, you simply have to to go into Settings> Advanced Features > S Pen > S Pen Remote to get into the menus and customise what the S Pen can do as a remote. Several apps that the S Pen works with are predefined in the menu settings but you can alter how you interact with them by going through the options.

Once that’s done and dusted, all you need to do is to fire up the relevant app in question, remove the S Pen from the Note9’s stylus well and you’re in business. Here’s seven amazingly useful things, in no particular order, that the new Galaxy Note9 S Pen can do as a remote control that other phones can’t. 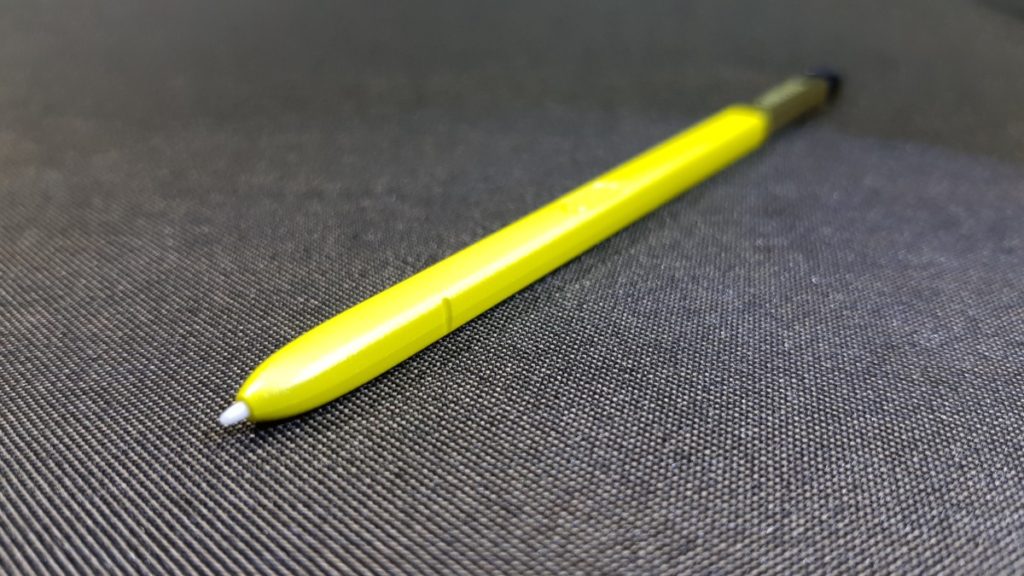 The Galaxy Note9 ships preinstalled with the mobile version of PowerPoint and you are able to use the new S Pen as a clicker, allowing you to run through a presentation like a boss, especially when you hook your Note9 up to a projector so that you can present to a crowd with aplomb. 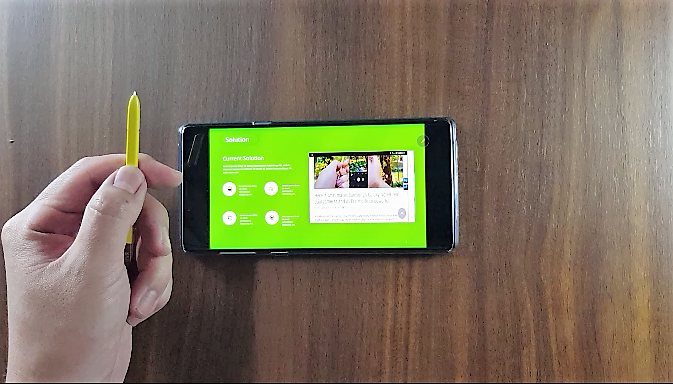 By default, a single click moves you forward while a double click moves you back through a presentation deck. The fact that the Note9 S Pen has about a ten meter range means you can wander about the boardroom as you walk rather than having to be tethered to your phone, which adds significant pizzazz when you’re pitching to the board. 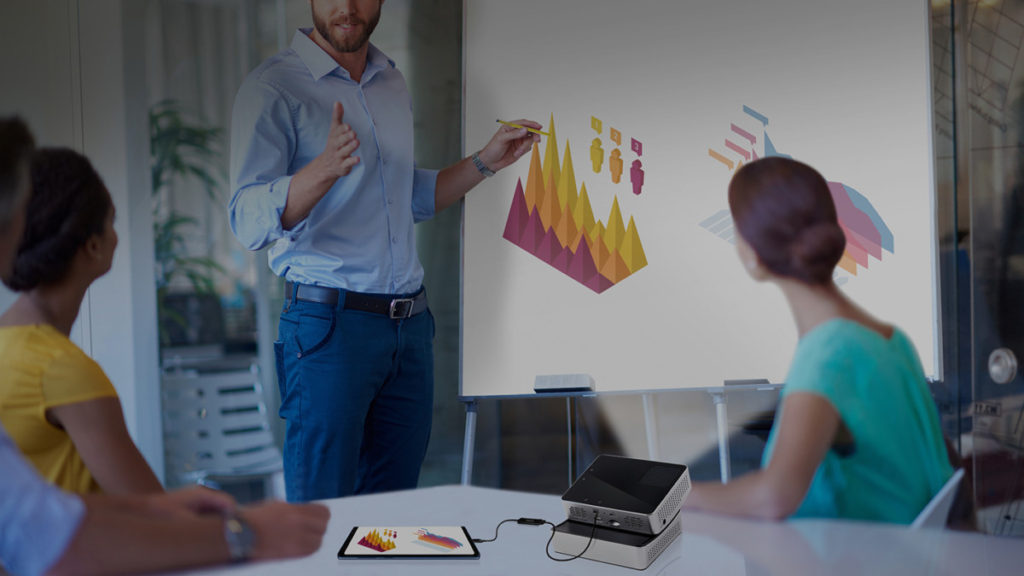 Easily one of the most killer features on the Note9, the S Pen now allows you to literally take a picture on command by clicking the S Pen button and swapping between back and front cameras at will with a simple double click. 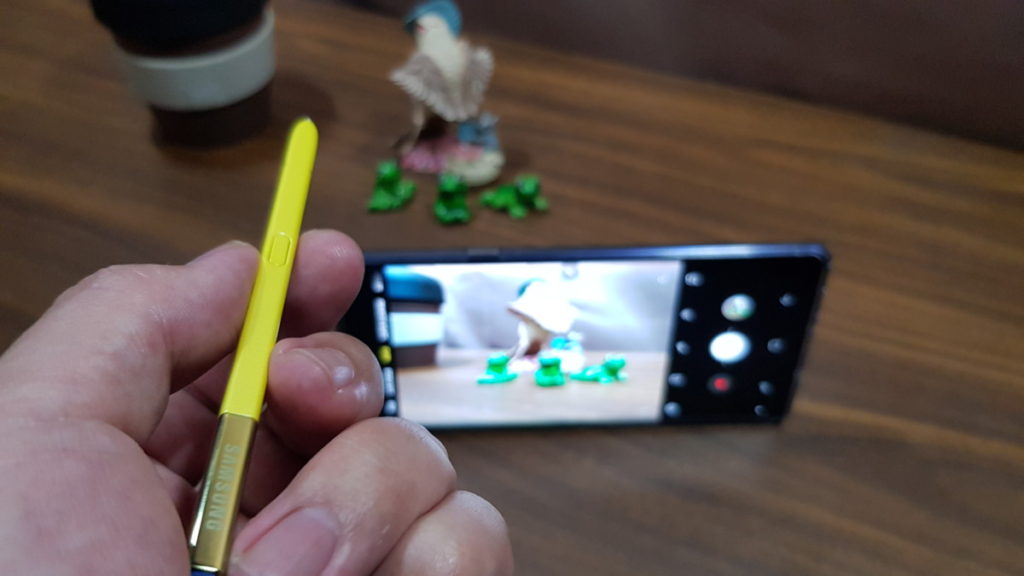 This comes in especially handy for a host of reasons. For starters, it’s incredibly useful if you’re travelling alone so you needn’t have to rely on someone to hold your phone to take a snap of you. The good news? You can finally ditch that selfie stick. It’s also handy for extra large group shots or when you prop your phone on something farther away so that you needn’t be within hands-reach of the Note9 and take in more of the scenery. 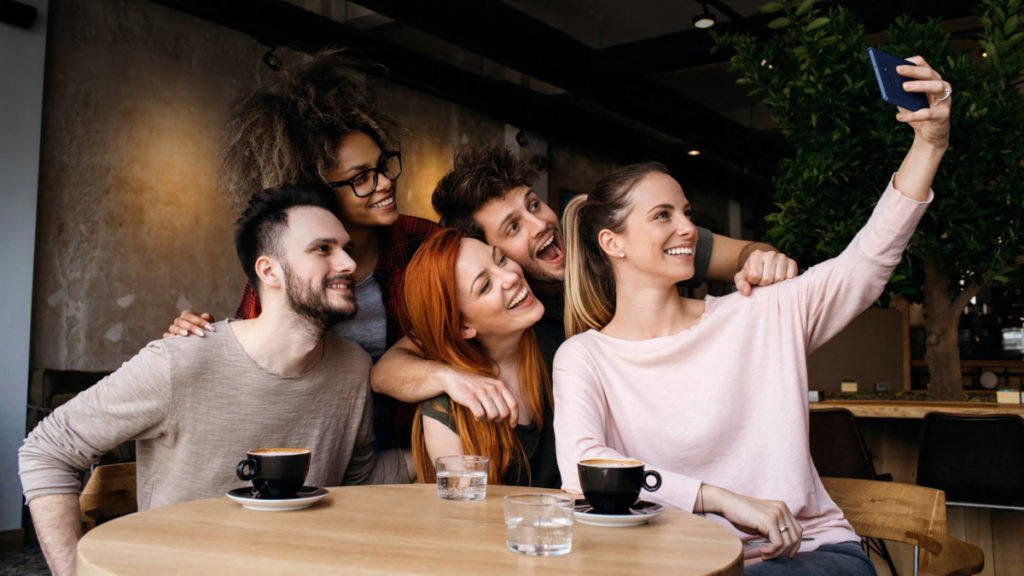 Best of all, it’s incredibly useful for low light shots as even the Note9’s impressive dual rear cameras need to take longer exposures to make up for the dimmer light. Whereas most people have to tap the screen to take a shot, a Note9 user can simply hold up the phone and activate the shutter release with the S Pen. The end result? Less judder and blur for better low light shots and simply snazzier looking snaps overall.

Sometimes you just want to kick back your heels with a cold one and chill. Assuming you’ve strategically propped up your Note9 in a prominent (and viewable) position while you bask in the luxurious splendour of your couch or your bed, you can then control playback on YouTube by simply using the S Pen. 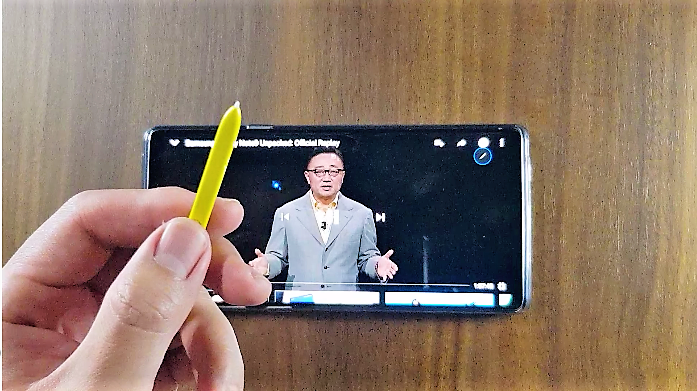 A single click lets you pause and play videos while a double click moves you along to the next video. The fact that the Note9 has been designated as a ‘YouTube Signature Device’ by YouTube itself on account of the quality of its  luscious 6.4-inch Quad HD+ Super AMOLED display makes it an even more desirable viewing experience.

Where it comes into its own is that this is the perfect way to YouTube surf if your fingers are covered in Cheetos dust or fried chicken grease. Pro tip: use your knuckle to press the S Pen button if this is the case. 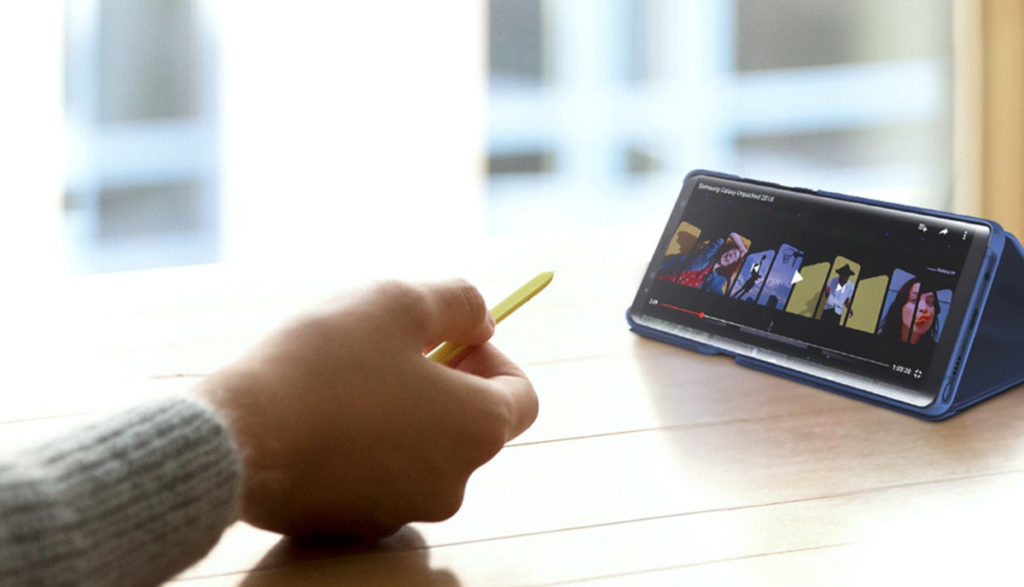 Poring through websites becomes less of a chore with the Note9 S Pen. Depending on what buttons you assign to the S Pen, you’re able to scroll up or down a website and go backwards or forwards which makes life a little bit easier when poring through engrossing reams of text or the news. 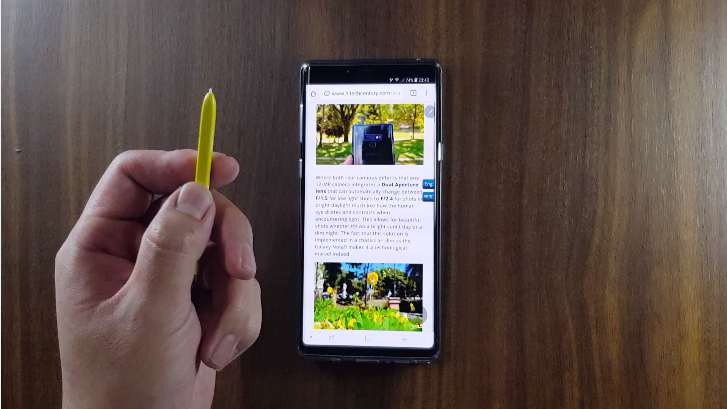 #5 Go through the Gallery

Where most smartphone users have to pore through their image galleries with their fingers all over the touchscreen, Note9 users can go for a far easier and posher way with the S Pen stylus. 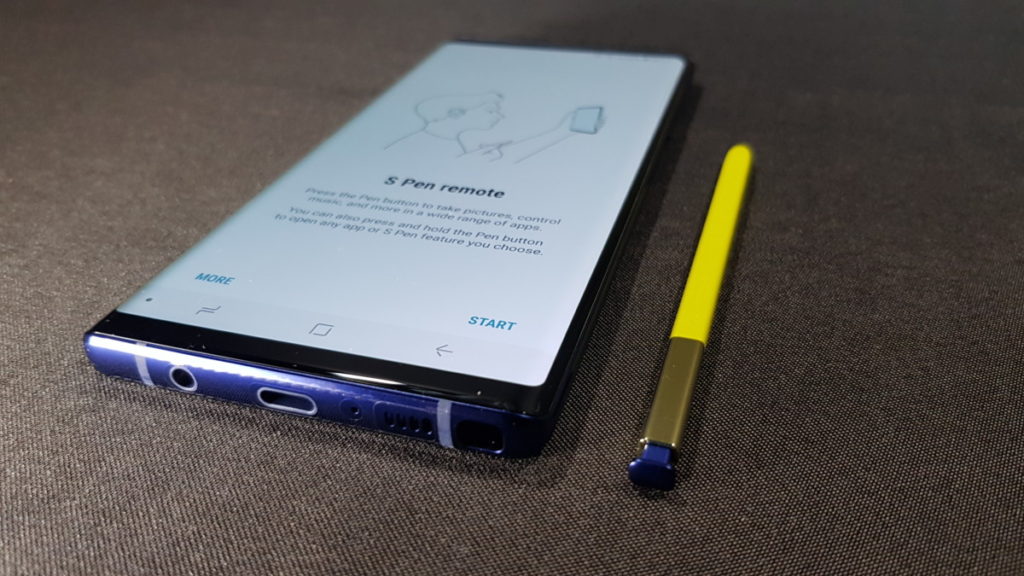 Once you’re in the image gallery, all you have to do is to use the Note9 S Pen to go backwards or forwards through your collected shots – very handy if you have a lot of pictures to go through and absolutely essential if you have to present your holiday snaps to your mates in a credible looking fashion.

Once you’ve fired up the Voice Recorder app, you’re able to record and pause it at will with the S Pen which makes it very useful if you’re conducting press interviewsor if you really need to capture audio remotely from several paces away with your phone. 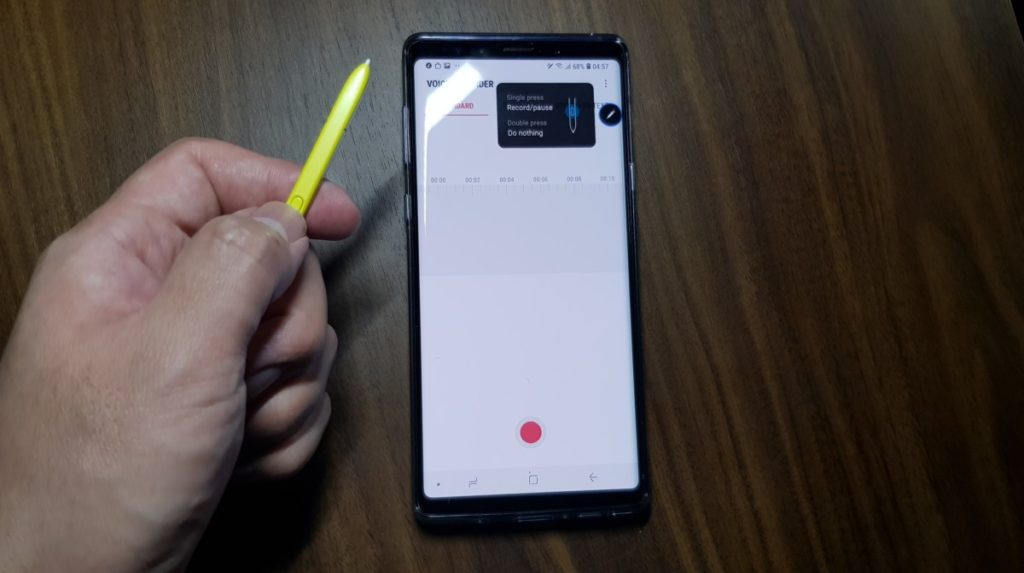 You’re also able to play, pause and skip through music tracks on Play Music with the S Pen which makes listening to your lengthier playlists a treat and allowing you to prop up your phone in an acoustically more pleasing spot so as to better appreciate the stereo speakers tuned by AKG that come with the Note9. 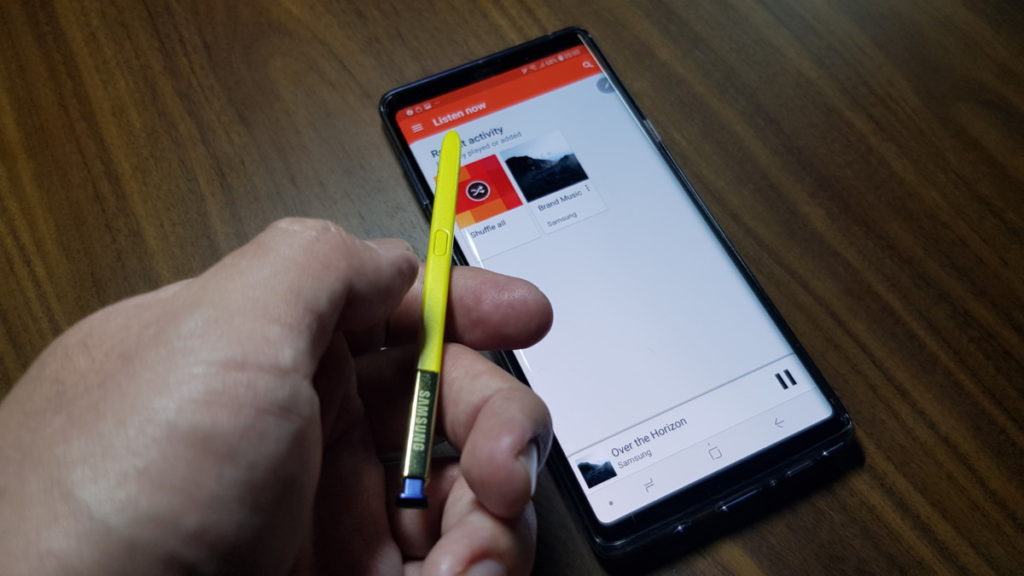